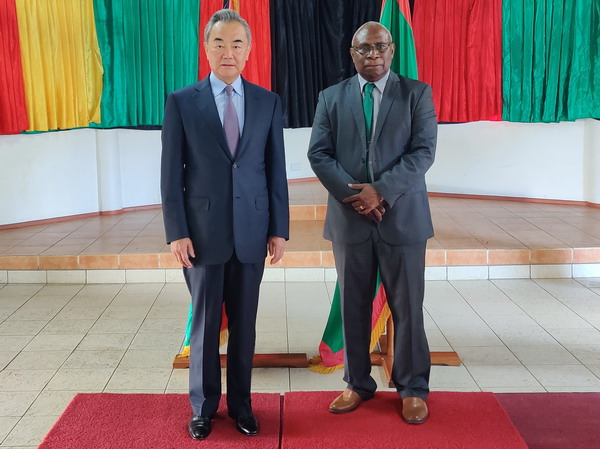 Unlike some major countries, China always adheres to the principle of sovereign equality in its diplomacy and treats all the developing countries, especially small and medium-sized nations, sincerely and equally, Chinese State Councilor and Foreign Minister Wang Yi said on Wednesday.

Wang made the remarks during a meeting with Vanuatuan President Tallis Obed Moses in Port Vila, the capital of Vanuatu.

Vanuatu is the sixth stop of Wang's 10-day tour of the Pacific region, following stops in the Solomon Islands, Kiribati, Samoa, Fiji and Tonga.

Wang said China firmly upholds the legitimate rights and interests of the developing countries at the international and regional levels, especially in the United Nations system.

China will continue to work in solidarity with other developing countries to defend the purposes and principles of the UN Charter, uphold the principle of non-interference in internal affairs, and safeguard international fairness and justice, he said. 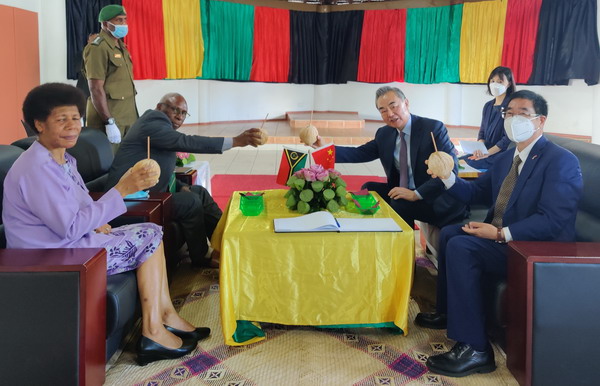 This year marks the 40th anniversary of the establishment of diplomatic ties between China and Vanuatu.

Calling China "a true friend that can be trusted," Moses said Vanuatu will continue to adhere to the one-China policy and take it as the cornerstone to push for greater development of bilateral relations.

Over the past 40 years, Vanuatu and China have always respected each other, treated each other as equals and established solid mutual trust, he said.

China always pays attention to Vanuatu's needs and gives priority to helping Vanuatu improve people's livelihood and build infrastructure, which has brought great benefits to the Vanuatu people, he said, stressing that the Vanuatuan government and people will never forget this.

Wang said China-Vanuatu relations have become even more consolidated and solid over the past 40 years, adding that he believes ties will make even greater progress without any disruption.

China is willing to join hands with Vanuatu to review the successful experience gained in bilateral exchanges, chart out the China-Vanuatu comprehensive strategic partnership and open up a new, bright future for bilateral relations, he said. 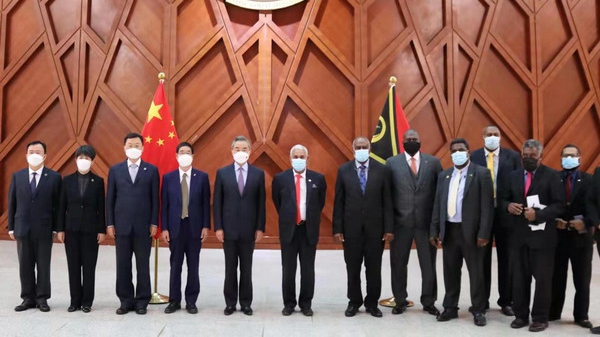 On the same day, Wang also met with Vanuatu's Prime Minister Bob Loughman and other major officials from the country in a collective meeting, where they reached a five-point consensus on improving bilateral relations and boosting cooperation in international and regional affairs.

They agreed that the two countries will synergize their development strategies, tap into cooperation potential, jointly advance high-quality construction of the Belt and Road, and expand the export of Vanuatu's quality goods to China.

The two countries will develop a blue economy partnership and further explore cooperation in areas including new energy and digital economy, while furthering cooperation in traditional fields such as infrastructure.

After the meeting, the two sides signed a series of cooperation documents in areas including economy, technology, health and blue economy.