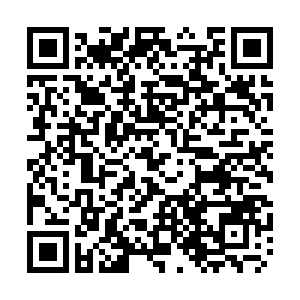 As Beijing warned before the 82-year-old's trip, "the U.S. has to bear all the serious consequences arising thereof."

"China firmly opposes and sternly condemns this, and has made serious démarche and strong protest to the United States," said China's Ministry of Foreign Affairs in a statement shortly after the plane landed.

The Foreign Ministry said Pelosi's trip was a serious violation of the one-China principle and the provisions of the three China-U.S. joint communiqués.

In the three China-U.S. joint communiques, the fundamental political documents that have ensured stability and progress in bilateral ties over five decades, Washington not only acknowledged that "there is but one China and Taiwan is part of China," but also promised that "the people of the United States will maintain cultural, commercial and other unofficial relations with the people of Taiwan."

In the latest phone call between Chinese President Xi Jinping and his U.S. counterpart Joe Biden, Biden reiterated that the one-China policy of the U.S. has not changed and will not change, and that the U.S. does not support "Taiwan independence."

A visit with serious consequences

China's Defense Ministry is on high alert and will launch a series of targeted military operations as countermeasures, and resolutely defend national sovereignty and territorial integrity, spokesperson for the ministry Wu Qian said on Tuesday.

During an interview after attending the Shanghai Cooperation Organization Foreign Ministers' Meeting earlier on Tuesday, Chinese State Councilor and Foreign Minister Wang Yi warned that the U.S. is constantly challenging China's sovereignty and deliberately stirring up trouble across the Taiwan Straits, and China will never accept such moves.

Some U.S. politicians "play with fire" on the Taiwan question and there will never be a good ending for them, he said. The U.S. is behaving like a bully, which makes the international community realize that the U.S. is the biggest peace breaker of the world, he added.

A trip amid criticism

"A visit by Pelosi would be unprecedented – foolish, dangerous, and unnecessary to any cause other than her own," former Australian Prime Minister Paul Keating said in a statement on Monday.

No observer of the cross-strait relationship doubts that "such a visit by the Speaker of the American Congress may degenerate into military hostilities," Keating wrote. "If the situation is misjudged or mishandled, the outcome for the security, prosperity, and order of the region and the world (and above all for Taiwan) would be catastrophic."

Ni Yongjie, vice president of the Shanghai Institute of Taiwan Studies, told CGTN in an interview that Pelosi is trying to use Taiwan as a chess piece, to try and isolate the island from the mainland.

The visit "would serve the interests of her Democratic Party during mid-term elections at the end of this year. She wants to use this visit to cater for the anti-China populism in the United States and maintain her position as the House of Representative speaker," he said.