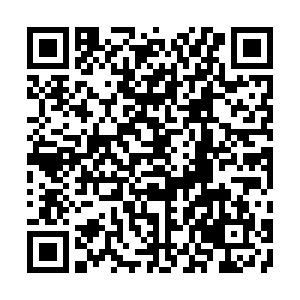 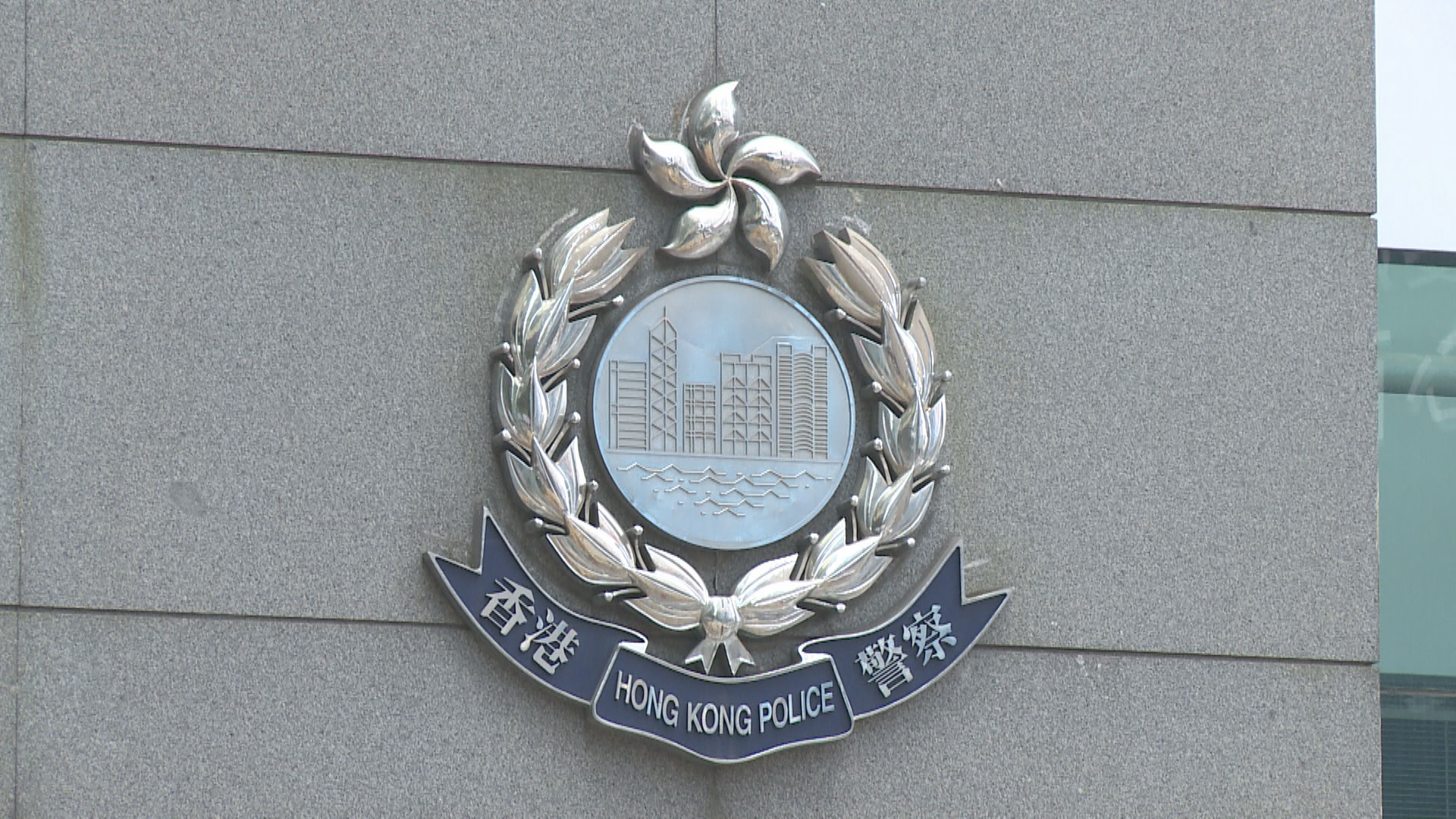 The suspects, aged 14 to 76, have been arrested on charges of illegal assembly, assaulting police and rioting, among other crimes.

A total of 139 police officers were injured when dealing with illegal violent behaviors during the past two months, the agency said, adding that two police officers are still being treated in hospital.

The police arrested 82 protesters during the city-wide strike on Monday, accusing them of obstructing traffic and causing serious inconveniences for residents' life. 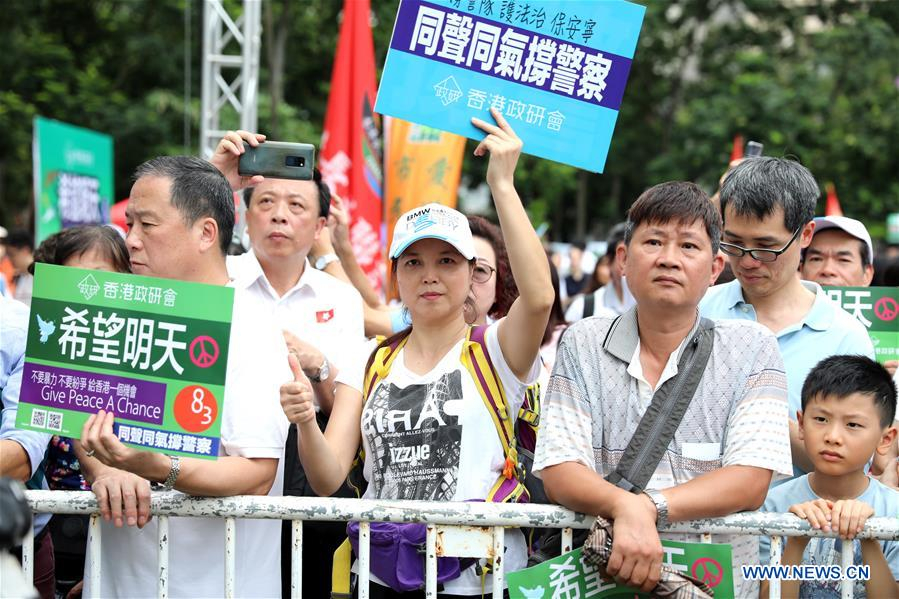 "The government will be resolute in maintaining law and order in Hong Kong and restoring confidence," she told reporters, warning that some protesters were challenging China's sovereignty and the principle of "One Country, Two Systems."

Protesters in Hong Kong launched a city-wide strike on Monday, disrupting air, road and rail transport. More than 2,300 aviation workers reportedly took sick leave, causing the cancellation of more than 200 flights. Subway services were suspended in the morning, but resumed in the afternoon. There were also multiple blockades that closed down major roads.

"The Police appeal to everyone in the area to leave immediately," it said. 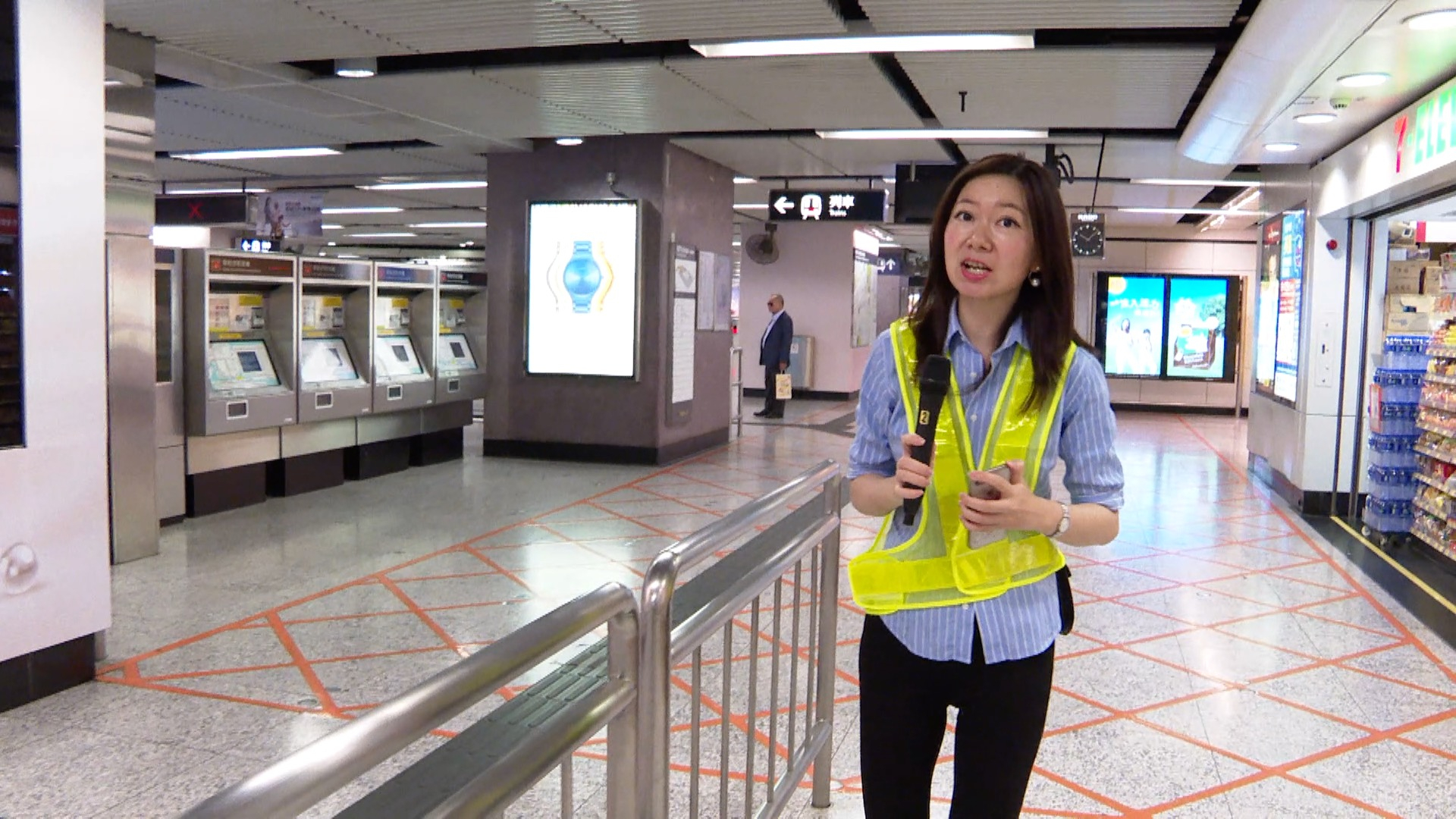 Many public figures and residents of the Hong Kong Special Administrative Region (HKSAR) have highlighted the unbreakable ties of their city and the Chinese mainland and condemned the radical acts of some protesters.

"The scene shook us. It has seriously affected our Chinese nation and is an insult. It's also a challenge to our national authority. We would like to make a special appeal to the police. The mob and the violence must be brought to justice. I don't think such behavior is justified in any way," said Lo Kam Yam, chairman of the Hong Kong Commerce and Industry Associations.

A Hong Kong resident told CGTN that people in the HKSAR should "look at the big picture," and support the city's development by launching the Guangdong-Hong Kong-Macao Greater Bay Area plan.

HK has the wisdom to foil foreign forces' schemes 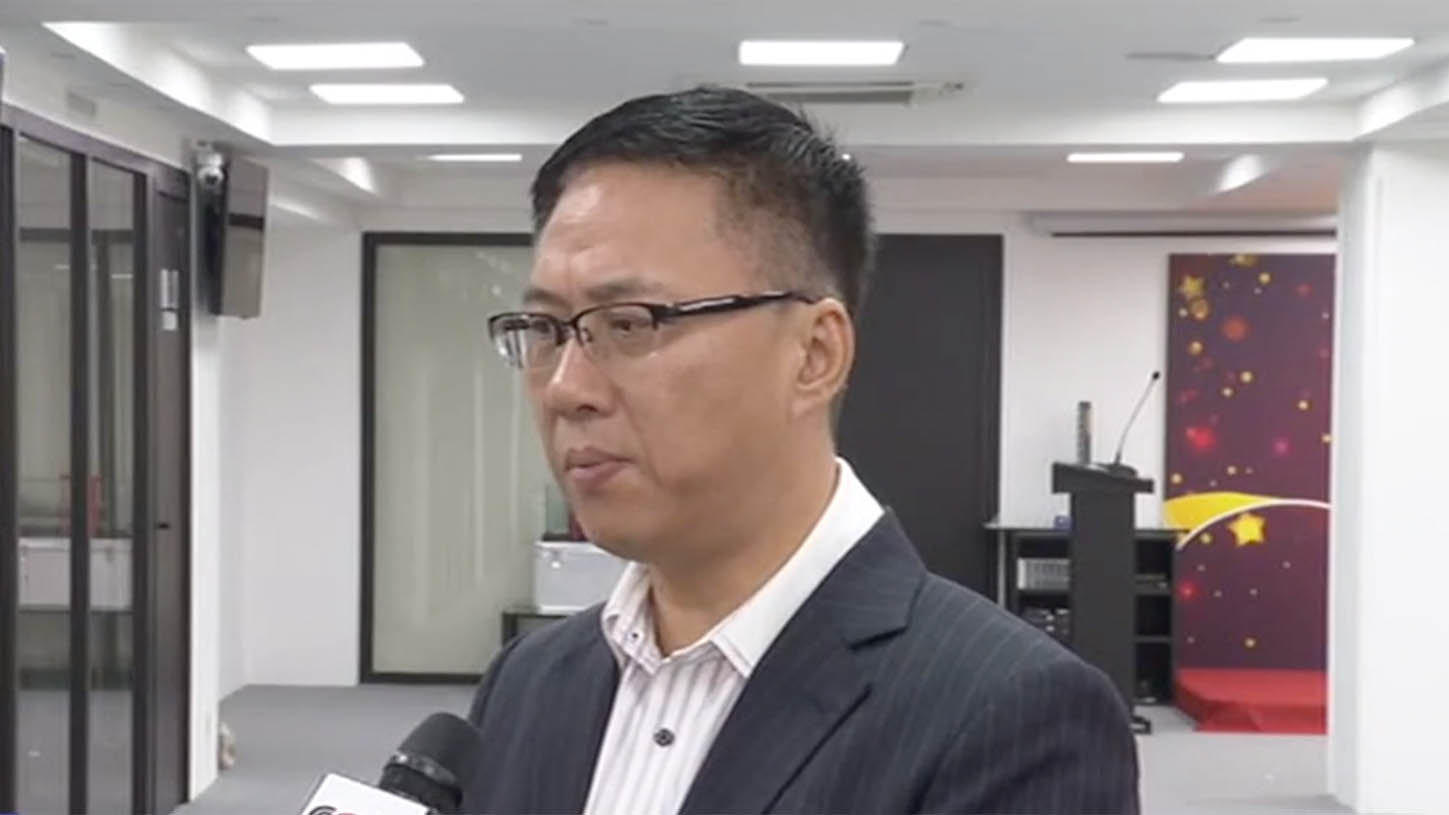 Review of the protests in Hong Kong

Rallies started in Hong Kong in June over the HKSAR government's proposed amendments to an extradition bill and soon escalated into weekly protests.

The bill, formally known as the Fugitive Offenders Ordinance and the Mutual Legal Assistance in Criminal Matters Ordinance, was tabled by the HKSAR government at the Legislative Council (LegCo) in April, aiming to deal with a murder case that happened in China's Taiwan but involves a Hong Kong suspect who has returned to the city, and to fill loopholes in HKSAR's existing legal framework concerning mutual legal assistance in criminal matters.

The bill was originally scheduled to be discussed at a LegCo meeting on June 12. The meeting was postponed due to conflicts between protesters and police around the complex of the HKSAR government and LegCo.

On June 15, Carrie Lam announced that the HKSAR government would suspend the amendments to the bill until further communication and explanation work is completed.

The Chinese central government expressed support, respect and understanding for the decision.

However, protests continued to escalate. On July 1, the 22nd anniversary of Hong Kong's return to China after nearly a century of British rule, protesters barged into the LegCo and vandalized the HK emblem.

The protests have continued into August. During this weekend, some protesters set fires in various places and clashed with riot police.