Epidemics and Wildlife: Are pangolins intermediate hosts of novel coronavirus?
By Zhao Ying 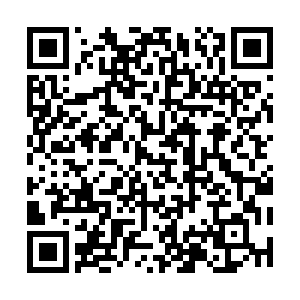 Tracing the natural and intermediate hosts of a virus can be an assiduous task, demanding both time and collaboration across multiple fields. For 2003 SARS outbreak, it took over 10 years for a group of scientists to find the natural reservoirs of the virus, bats, after trekking to some of the most remote regions across China.

As of February 24, the COVID-19 outbreak has infected over 77,000 people, caused over 2,600 deaths in China and spread to more than 20 countries. To curb the continuous spread, locating natural and intermediate hosts of novel coronavirus is crucial to cut the transmission from its origin. Scientists are now sprinting to piece together evidence and solve the puzzle. 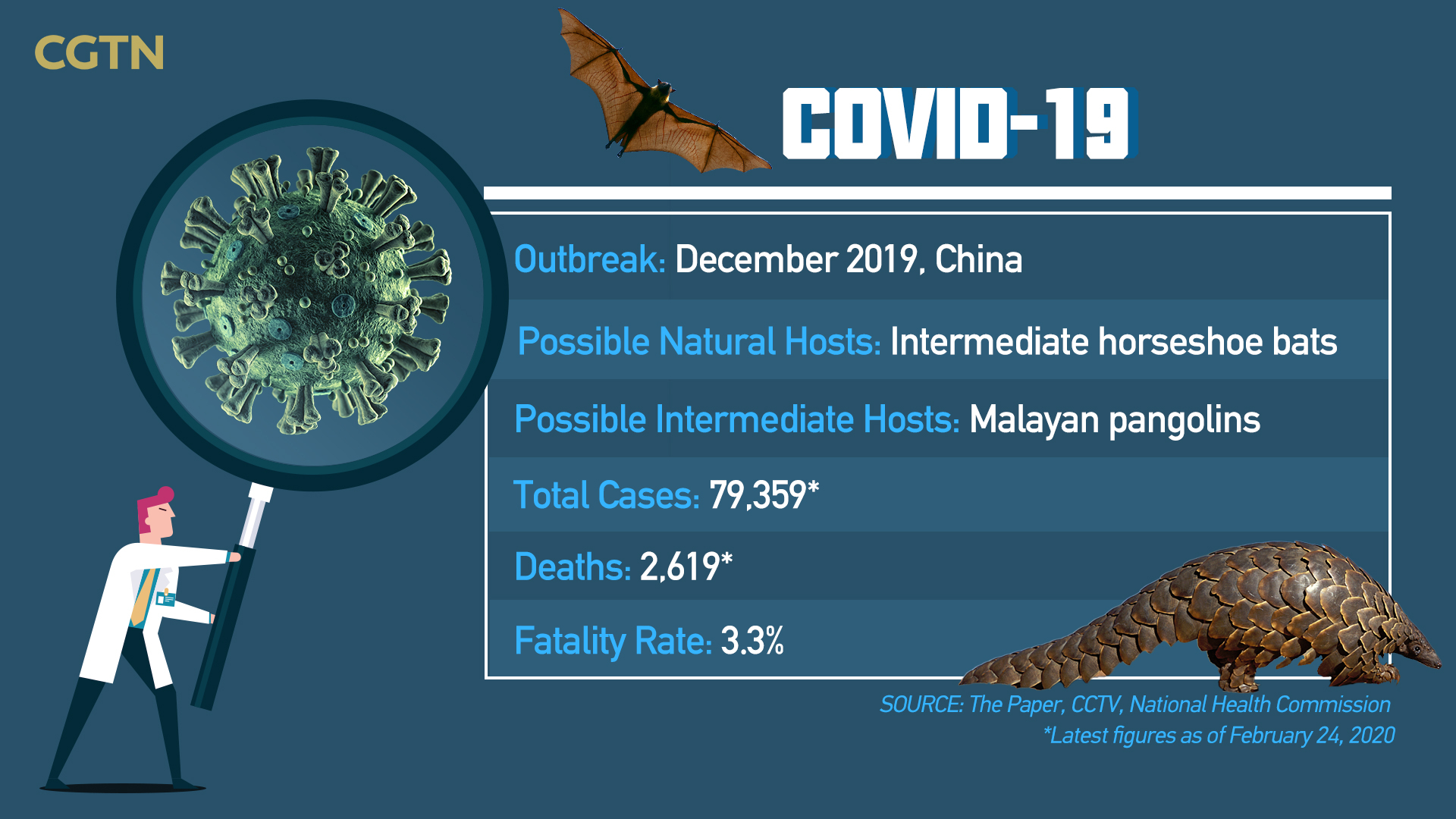 According to a study conducted by Wuhan Institute of Virology, Wuhan Jinyintan Hospital et al, a bat virus named Bat-CoV-RaTG13 that was previously detected in intermediate horseshoe bat (Rhinolophus affinis) from southwest China's Yunnan Province is 96 percent identical to SARS-CoV-2 obtained from patients at the whole-genome level. The finding suggests that SARS-CoV-2 is also probably of bat origin. 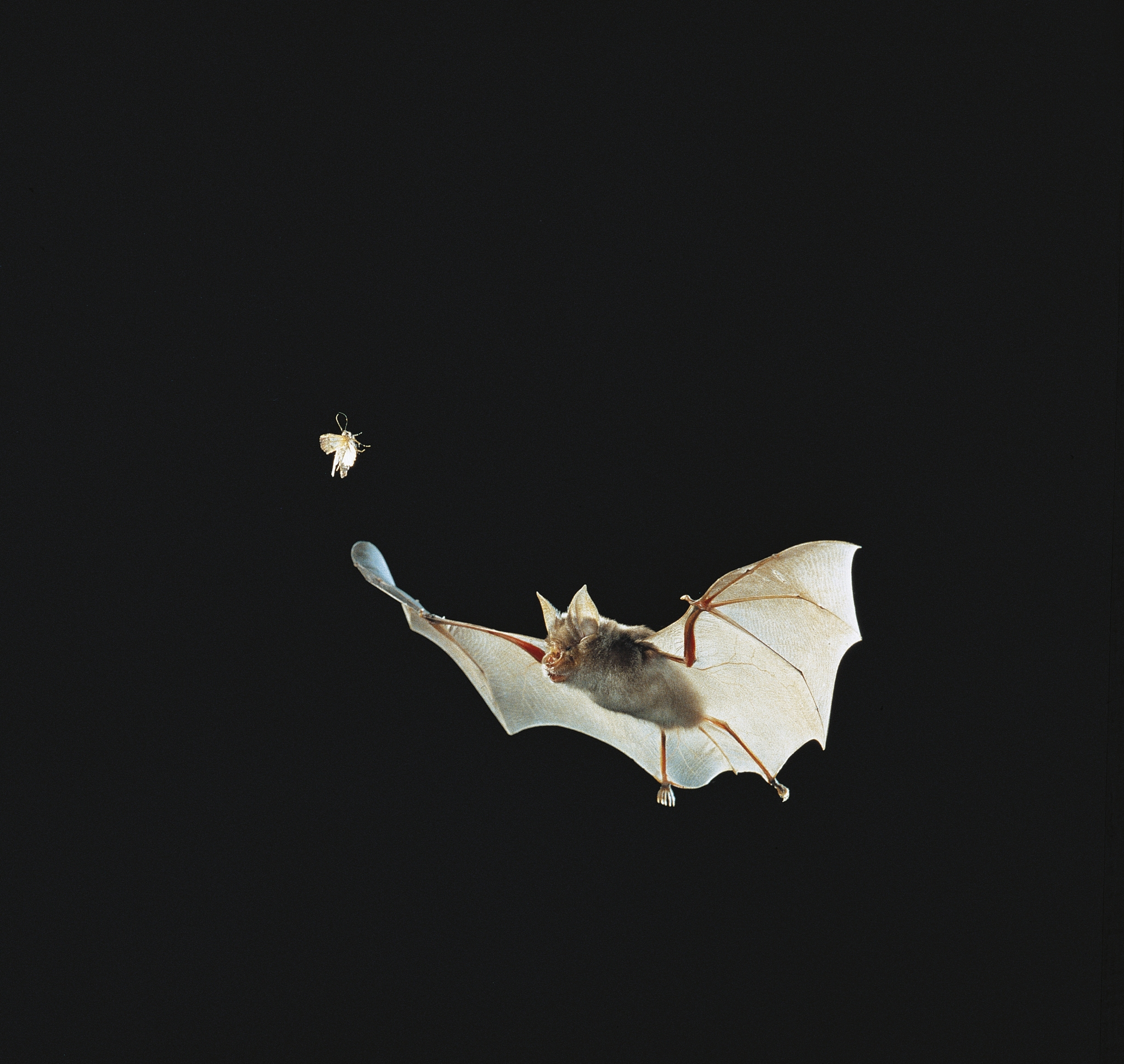 Despite the overall similarity between SARS-CoV-2 and Bat-CoV-RaTG13, these two viruses differ in the receptor-binding domain (RBD) of spike protein. Spike proteins on the surface of coronavirus are like spikes on a crown. They act as keys to unlock doors of human cells and begin infection. 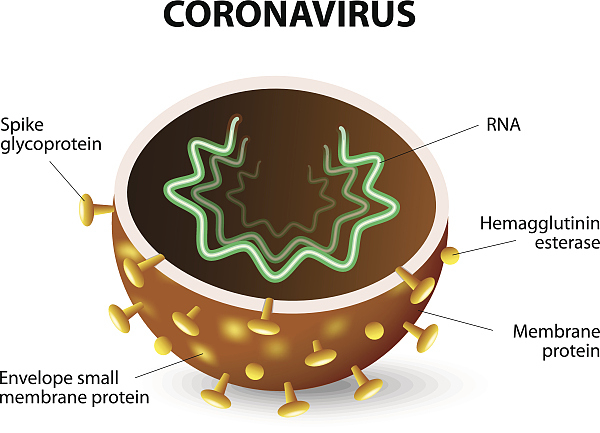 The structure of coronavirus. /VCG

The structure of coronavirus. /VCG

On March 24, 2019, 21 live Malayan pangolins were rescued by the Anti-smuggling Customs Bureau and sent to the Guangdong Wildlife Rescue Center. Most of them were in poor health and 16 died even after treatment.

Some dead pangolins had a swollen lung and the symptom of pulmonary fibrosis. Researchers detected the Sendai virus and Coronavirus on their organs, which might have led to their deaths, and published the study on October 2019.

The study went unnoticed until a team from Baylor College of Medicine in U.S. used its shared viral metagenomic datasets of pangolins and made an interesting finding after the outbreak of COVID-19. 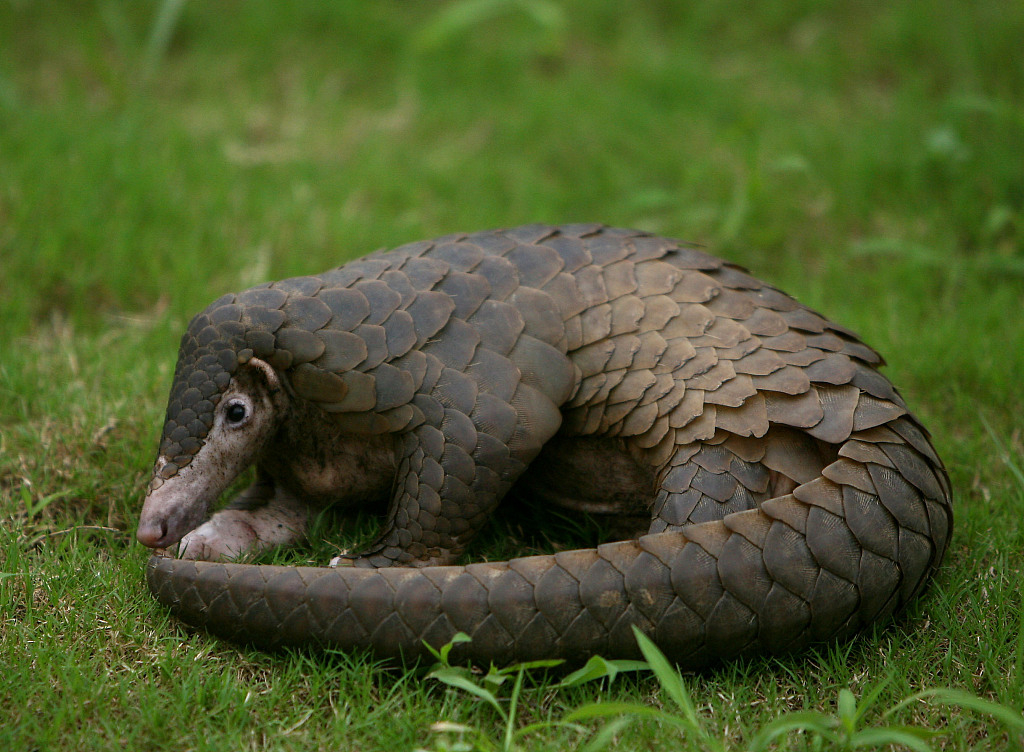 One coronavirus isolated from Malayan pangolins is almost identical to SARS-CoV-2 at the RBD level, with only one amino acid difference. Given that the whole genome of SARS-CoV-2 is more similar to Bat-CoV-RaTG13, scientists speculate that a virus related to Pangolin-CoV seems to have donated the RBD of the spike protein to SARS-CoV-2.

That is to say, SARS-CoV-2 might have originated from the recombination of a Pangolin-CoV-like virus with a Bat-CoV-RaTG13-like virus. Malayan pangolins are potential intermediate hosts of SARS-CoV-2. 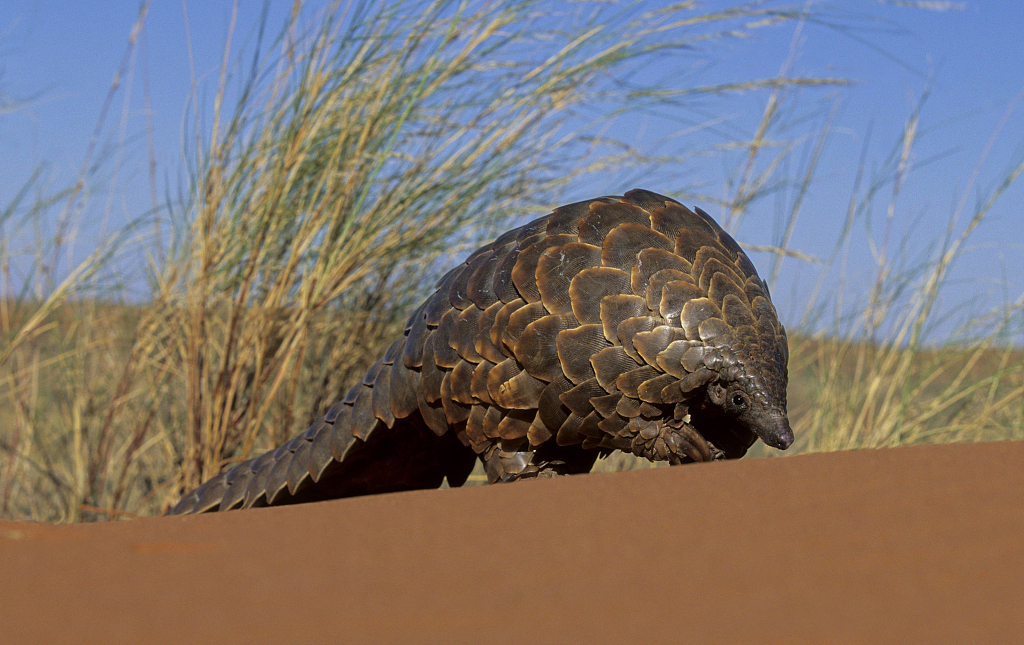 A pangolin in the desert in South Africa. /VCG

A pangolin in the desert in South Africa. /VCG

Currently, pangolins are the only mammals other than bats recorded to be infected by a SARS-CoV-2 related coronavirus.

In the research made by South China Agricultural University et al, the molecular simulation of interactions between RBD and ACE2 of human cells further supports the possible transmission route from bats to pangolins, and finally to humans.

However, these researches are all conducted in laboratory. The transmission route is a putative pathway, but may not necessarily reflect reality. There might be other infected animals that are not found and could act as hosts.

More epidemiological studies are needed to trace the natural hosts and intermediate hosts. The Huanan Seafood Market in Wuhan where initial patients are mostly connected with and various wildlife were sold would be a key area.

Two months ago, few things were known about the novel coronavirus. Now, through the efforts of scientists around the world, the mystery of the virus has been gradually unveiled. They provide a silver lining for ending the COVID-19 outbreak. 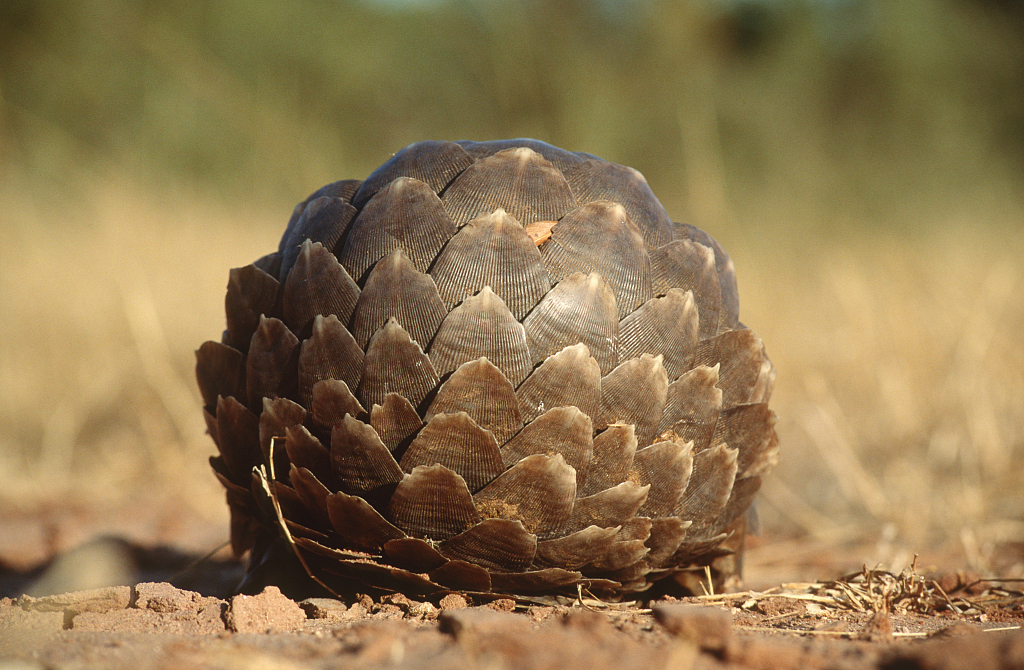 A pangolin curls into a ball. /VCG

A pangolin curls into a ball. /VCG

Isolation and Characterization of 2019-nCoV-like Coronavirus from Malayan Pangolins

Evidence of recombination in coronaviruses implicating pangolin origins of nCoV- 2019

How are horses related to fatal Hendra virus?