Many amphibians living in forests usually have impressions on their colorful but toxic skin. Yet, under the big threat of habitat loss and global warming, the population of amphibians worldwide is decreasing year by year.

Though scientists are working for solutions to help, some species have become extinct. Among them, the golden toad which is often considered as a "poster child" of the species decline.

The name of golden toad comes from the skin color of male toad. /VCG

The name of golden toad comes from the skin color of male toad. /VCG

The golden toad gets the name from the male's skin that is golden orange in color. It was once abundant in the small, high-altitude cloud forest of Moteverde in Costa Rica. The brilliant skin of male toads attracts females to mate. In 1964, a herpetologist Jay Savage first discovered this toad. However, he was never able to know that this little creature would disappear from the world just a few decades later.

Up until 1987, there were about 1,500 adult golden toads, a number considered abundant in the small area inhabited in Central America. However, by 1988, that number had fallen drastically to only 10 or 11. The last sighting of a single male golden toad was in 1989, and it was the same year the toad was classified as extinct by IUCN. 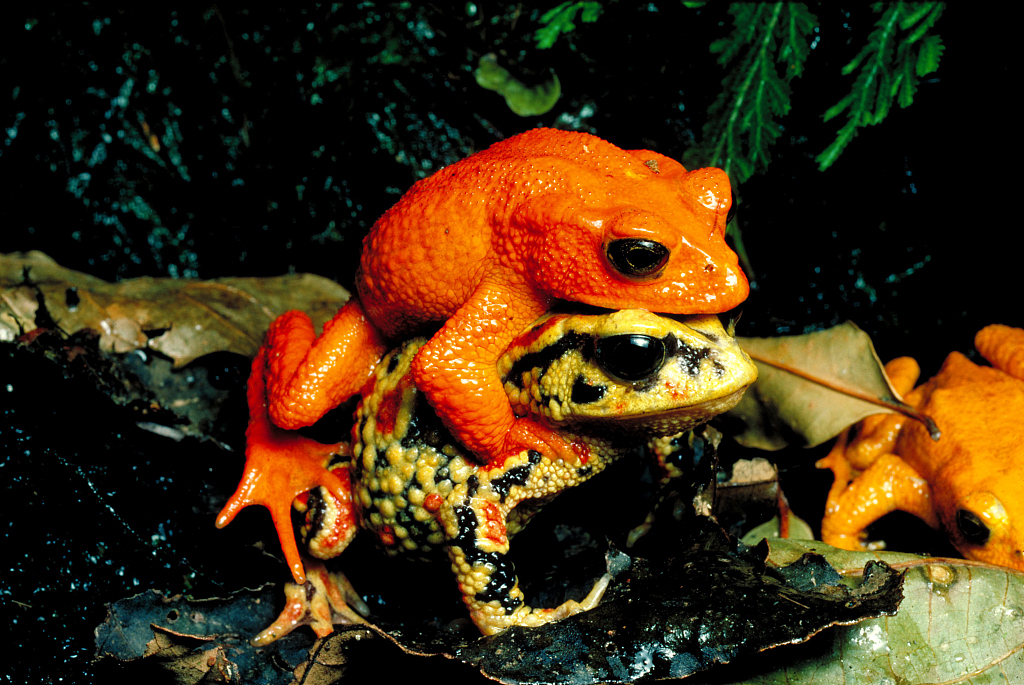 The swift disappearance has resulted in many hypotheses and debates as it took place in a seemingly undisturbed environment. The climate hypothesis indicates the El Nino effect might have led to higher temperatures during the dry season that killed many toads as they waited to mate. A fungal infection is another possible reason as it is one of the serious threats faced by amphibians generally.

When the last of a species closes its eyes, the species is deemed to be extinct. The reasons that led to extinction may vary, but human activity is one that cannot be ignored. This series tells the stories of extinct species and tracks their histories before they were lost to the world.