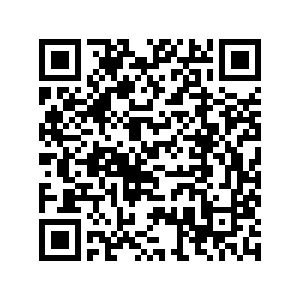 Since humans began to write and paint, ink has been widely used and made from various interesting materials. Besides from plants and minerals, our ancestors made inks from the secretions of squid and octopus. But did you know some mushrooms can also produce a black liquid used as ink?

The shaggy ink cap (Coprinus comatus) might look normal when it is young and fresh. The white cylindrical cap is covered with fluffy scales, resembling a lawyer's wig. Its scientific name, "comatus", just comes from its "hairy" outlook. 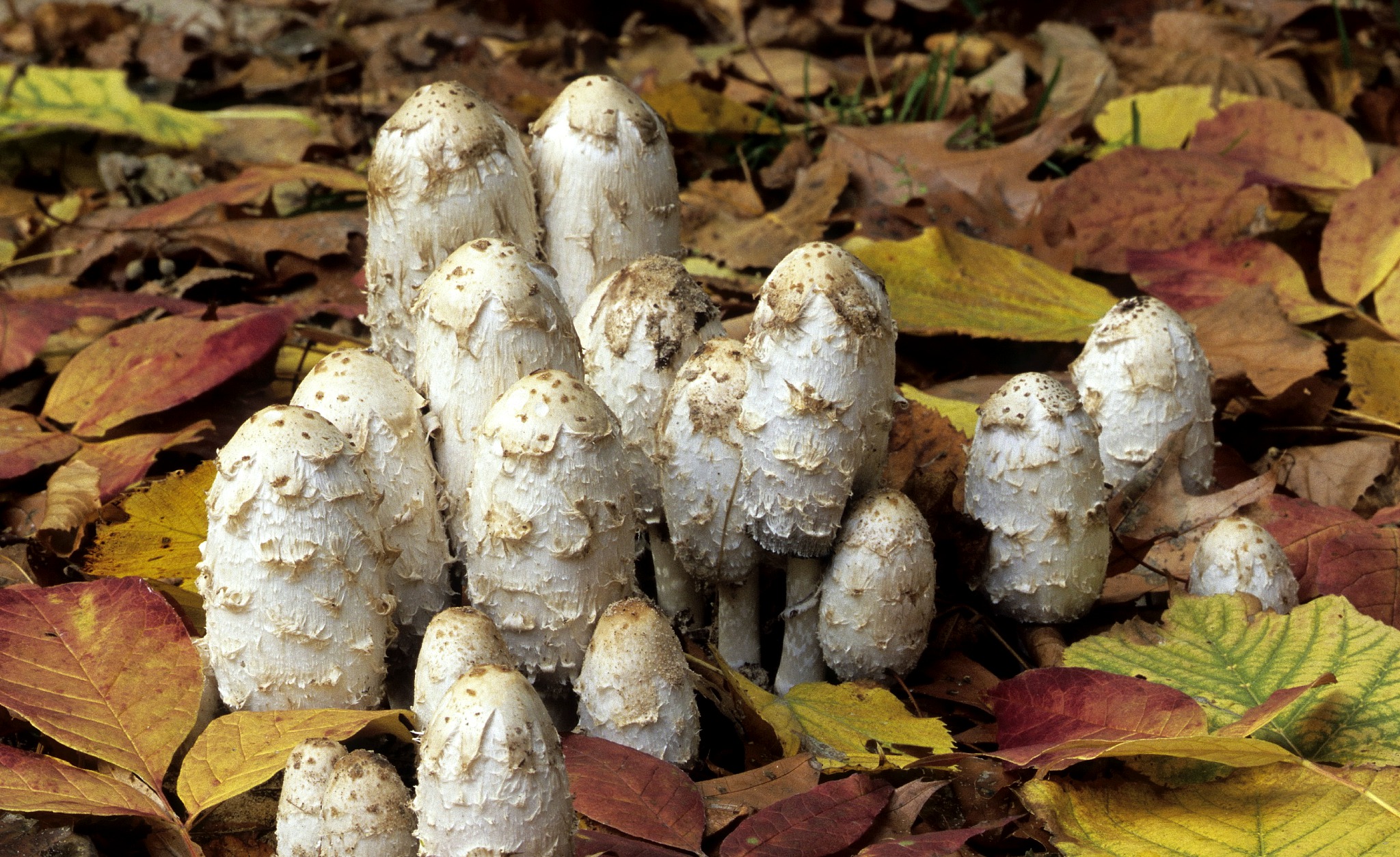 In China, the young shaggy ink cap is often cooked in dishes, and called "jituigu." In Chinese, "jitui" means "drumstick." It gets the name for its drumstick-like shape and a taste similar to chicken.

If it is not eaten quickly or stored in ice after being picked, the mushroom will turn black and liquefy. The same happens when it gets older because the black liquid is laden with spores. By dissolving itself, the shaggy ink cap will spread its spores and start a new round of the life cycle. 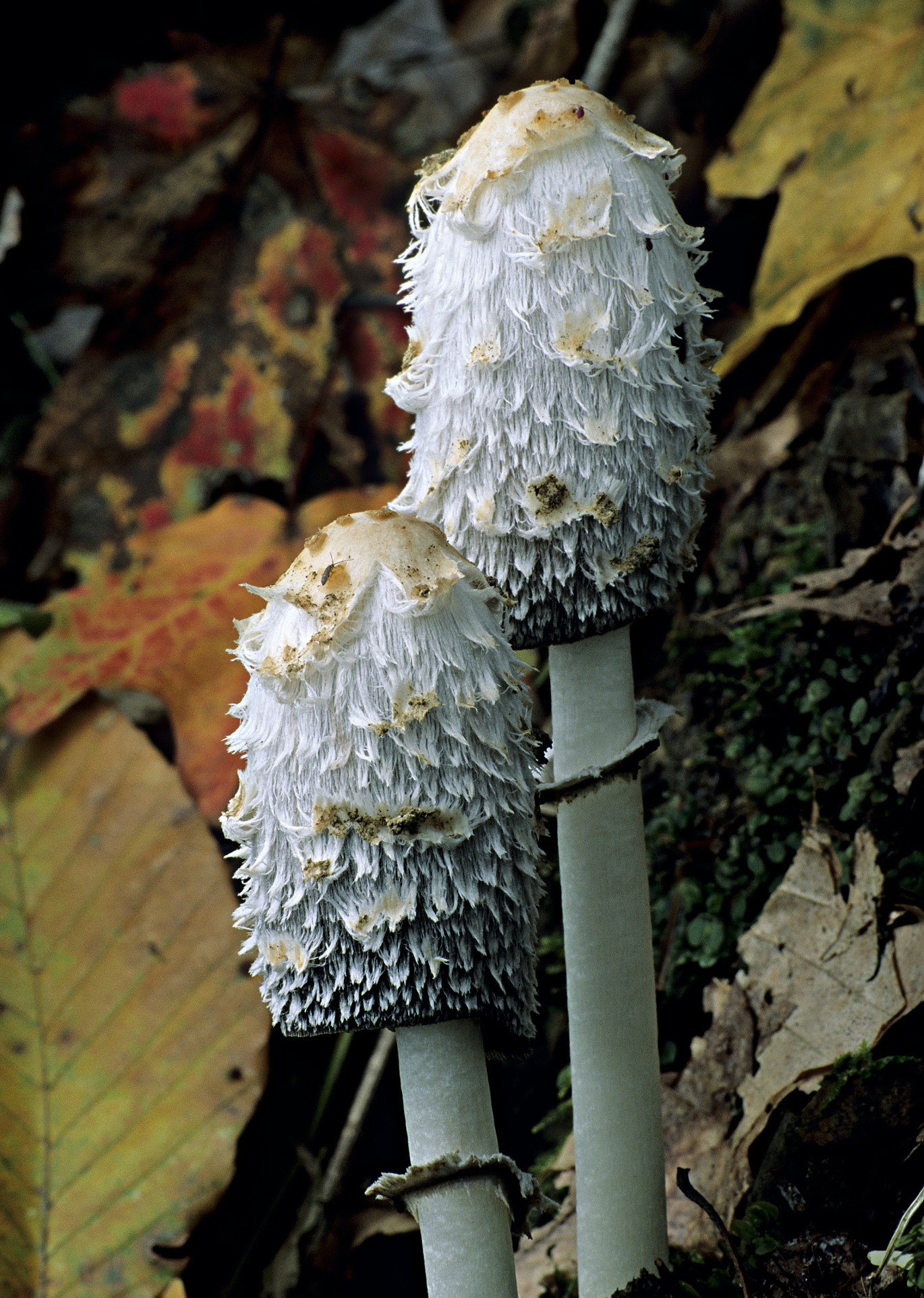 Another well-known ink cap, also a member of the genus Coprinus, has the special ability to generate ink, and is known as the common ink cap (Coprinopsis atramentaria).

The black liquid that this mushroom produces was once truly used as ink. The latin word "atramentaria" in its scientific name means "ink", indicating its function. 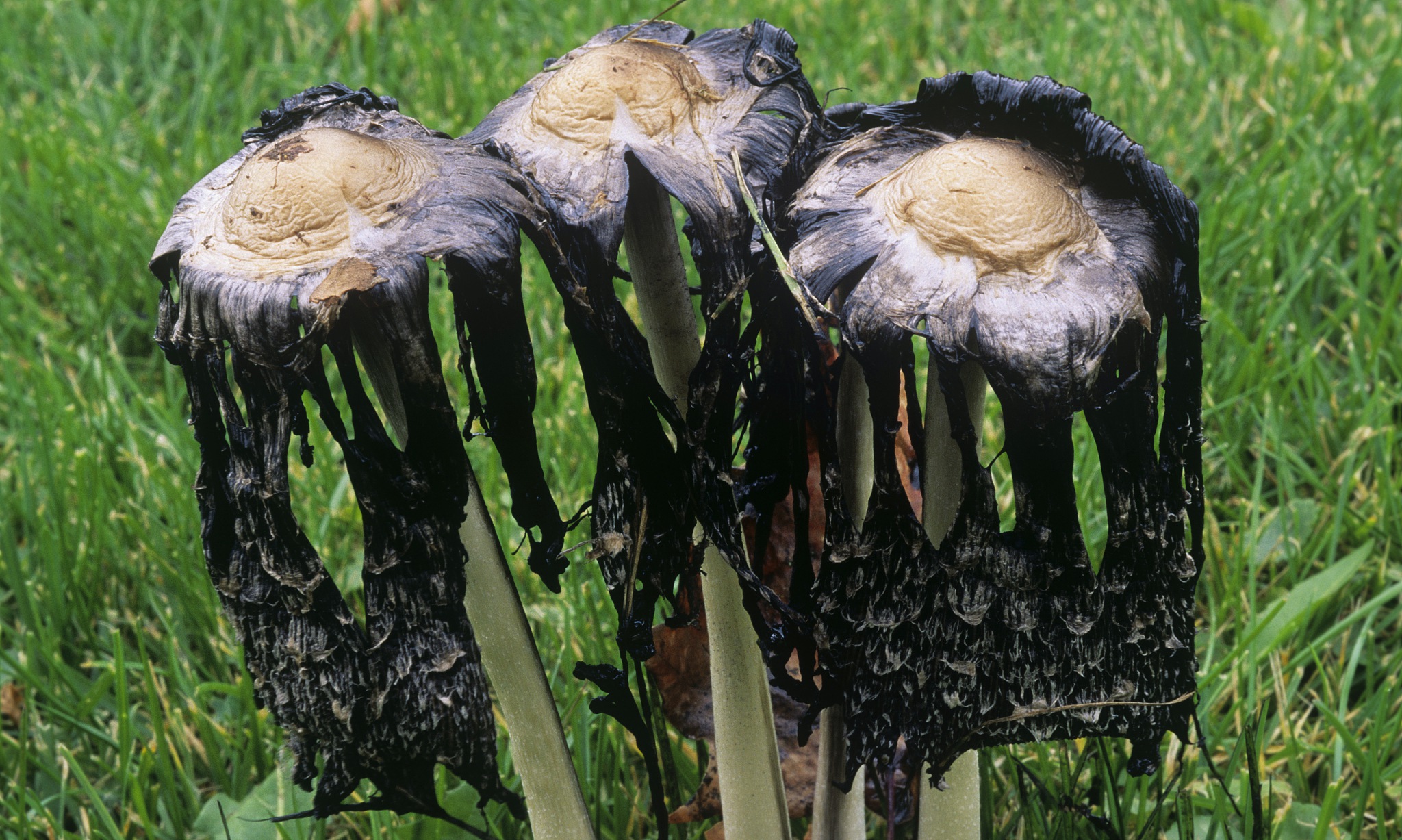 Although the common ink cap sounds "common", the shaggy ink cap is actually much more commonly found. The common ink cap usually grows in clusters in grasslands and meadows from late spring to autumn. It is even seen bursting through asphalt, showing its strong vitality. 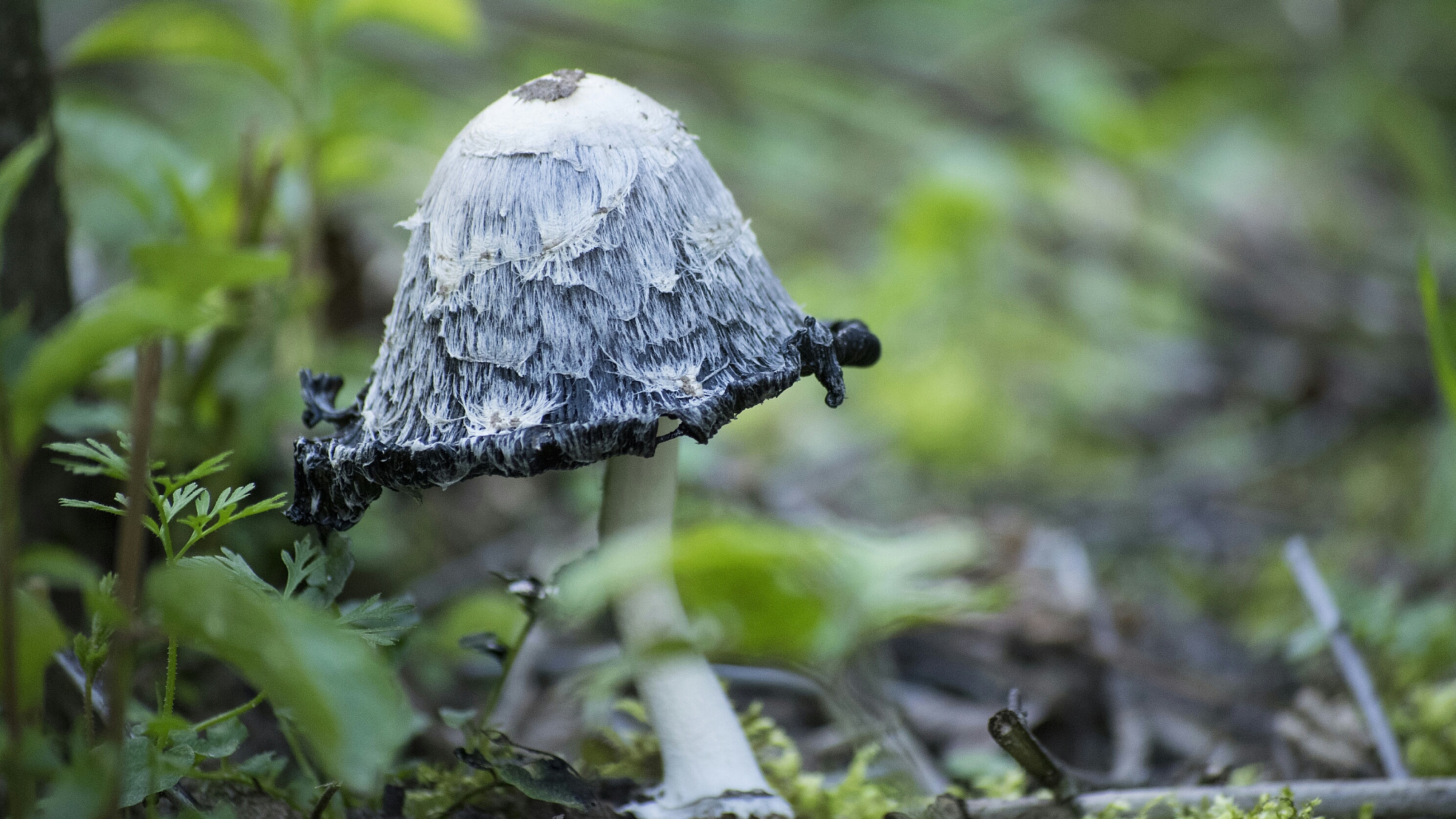 The common ink cap is also edible before it flattens and deliquesces. However, don't eat it while drinking alcohol. If you happen to consume both, you may feel nausea, vomit, or even tingly in your limbs, depending on how much you drink. But if you stop, the symptoms will disappear in about two or three hours. Thus, the common ink cap is nicknamed "the tippler's bane." 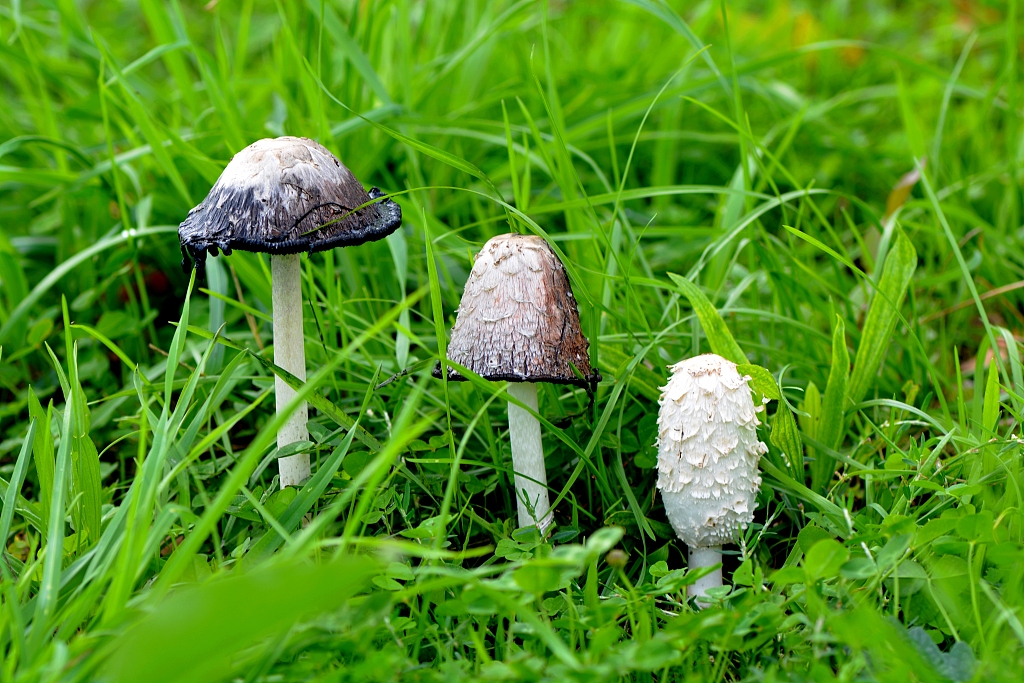