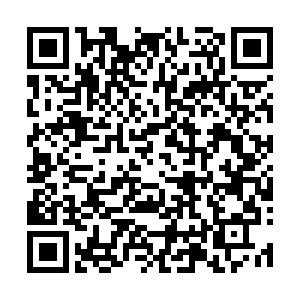 In the year of American divisiveness, a record 32 million Latinos are projected to be eligible to vote, and they too are not exempt from division when it comes to choosing a candidate.

Representing 13 percent of the electorate and holding significant weight in the nine swing states, especially in Florida (3.1 million) and Arizona (1.2 million), this group is definitely on the presidential candidates' radar. But doubts remain when it comes to getting the message across.

The CEO of voter registration group Voto Latino told Politico that by the end of September, 50 percent of the registered Latino voters had not been contacted by a campaign or political party, increasing chances of them not voting.

"This is a long-standing problem. There needs to be more contact of registered Latino voters in red and purple states like Texas, North Carolina, and Wisconsin," Jessica Lavariega Monforti, dean of the College of Arts & Sciences at California Lutheran University, told CGTN Digital. 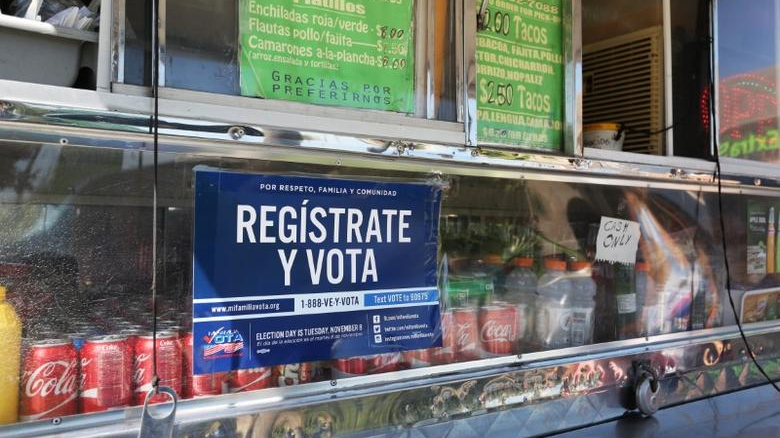 For journalist Adalberto Lopez, 31, from Texas, it all comes down to the age group. "As a young voter and because of the field I work, I'm aware of voting deadlines and registration, so I encourage my household and peers to vote. That differs a lot when you have a household of older Hispanics, then if the outreach is not there, participation will not be there," he told CGTN Digital, noting that it also depends on where you live. "I live in south Texas; this area is heavily Democratic and the push is there for people to vote."

In his opinion, the campaigns are not accurately targeting Latino voters, especially the young. "We consume more streaming mediums, we don't watch the regular scheduling programming. They haven't found the correct formula to reach young Latinos. They are stuck in the old ways with a broad reach, but it's not very effective."

Mariely Segovia thinks the campaigns and grassroots groups in Texas have been working hard on voter registration. "We have been contacted so much that almost feels like harassment," the 29-year-old told CGTN Digital. 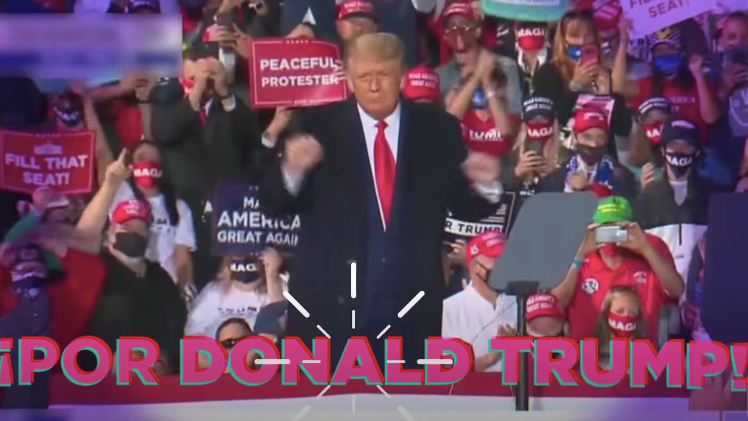 And she regards the messaging as faulty. "It feels very superficial; it feels that they are pandering but don't have our interests in mind."

Latinos are issue-based voters and in this election, the economy, health care and COVID-19 are top issues. Hispanics have been hit hard by the pandemic and, consequently, job losses with the unemployment rate within their communities more than double that of the national rate before the pandemic, NBC reported.

Besides the economy and security, Lopez is "definitely" worried about healthcare. "We suspect that many people who got infected and sought medical care were not insured, so they will get a bill, and it might bankrupt them."

For Mexican Americans Andrew Sanchez and Mariely Segovia, the other main issue is immigration.

"I was lucky enough to be born north of the border. When Trump said, 'Mexicans are rapists,' it just hit such a strong cord with me. I know we are not all that. He threw a huge net over saying everyone is like this, everyone coming to the U.S is that, and that is just no accurate," Sanchez said.

Trump and Biden turn down volume, spar on COVID-19 and money 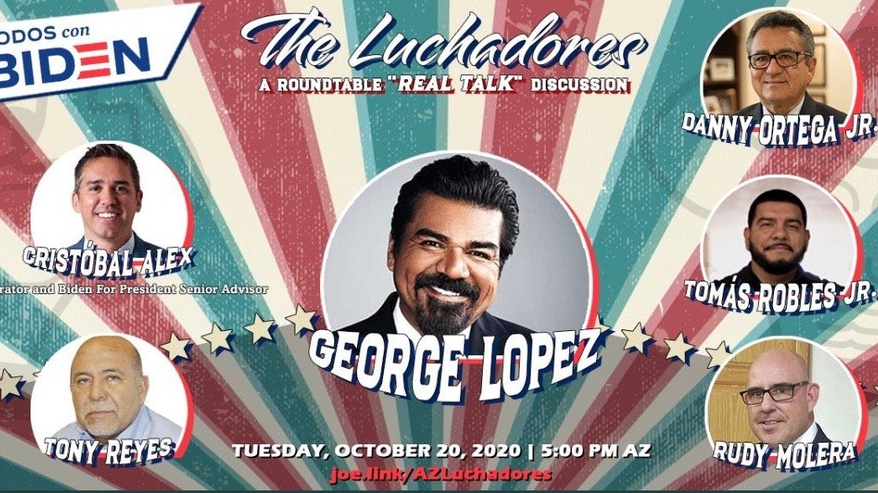 Screenshot of "The Luchadores" online round table organized by the Biden campaign to reach Latino voters. /Biden Harris platform.

Screenshot of "The Luchadores" online round table organized by the Biden campaign to reach Latino voters. /Biden Harris platform.

Candidates have been spending big on ads targeting these communities. Data by Advertising Analytics, quoted by the LA Times, indicates that from June to mid-September, Biden spent nearly $6.7 million in Spanish TV ads and Trump approximately $4.9 million. The Democrats also outspent Trump on Spanish-language radio ads, with about $885,000 against $32,500.

With this level of spending, if the message is still not getting across, there are other issues to consider.

Monforti said that more Latino voter outreach in English is needed as many young Hispanic voters don't speak Spanish and don't consume information in the language.

They are not a homogeneous group.

Pew Research reasserted the conservative tendency of Cuban Americans, with 58 percent of the registered voters with Cuban backgrounds saying they affiliate with or lean toward the Republican Party. Puerto Ricans and Mexican Americans, in general, lean Democratic. On the other hand, Hispanic women tend to vote Democratic and are pro-choice.

"Latinos are not a monolith, but that does not mean that there are some shared experiences that result in certain patterns of political engagement and behavior," Monforti said, adding that "it would be wise to pay attention to them and the nuances in the communities." 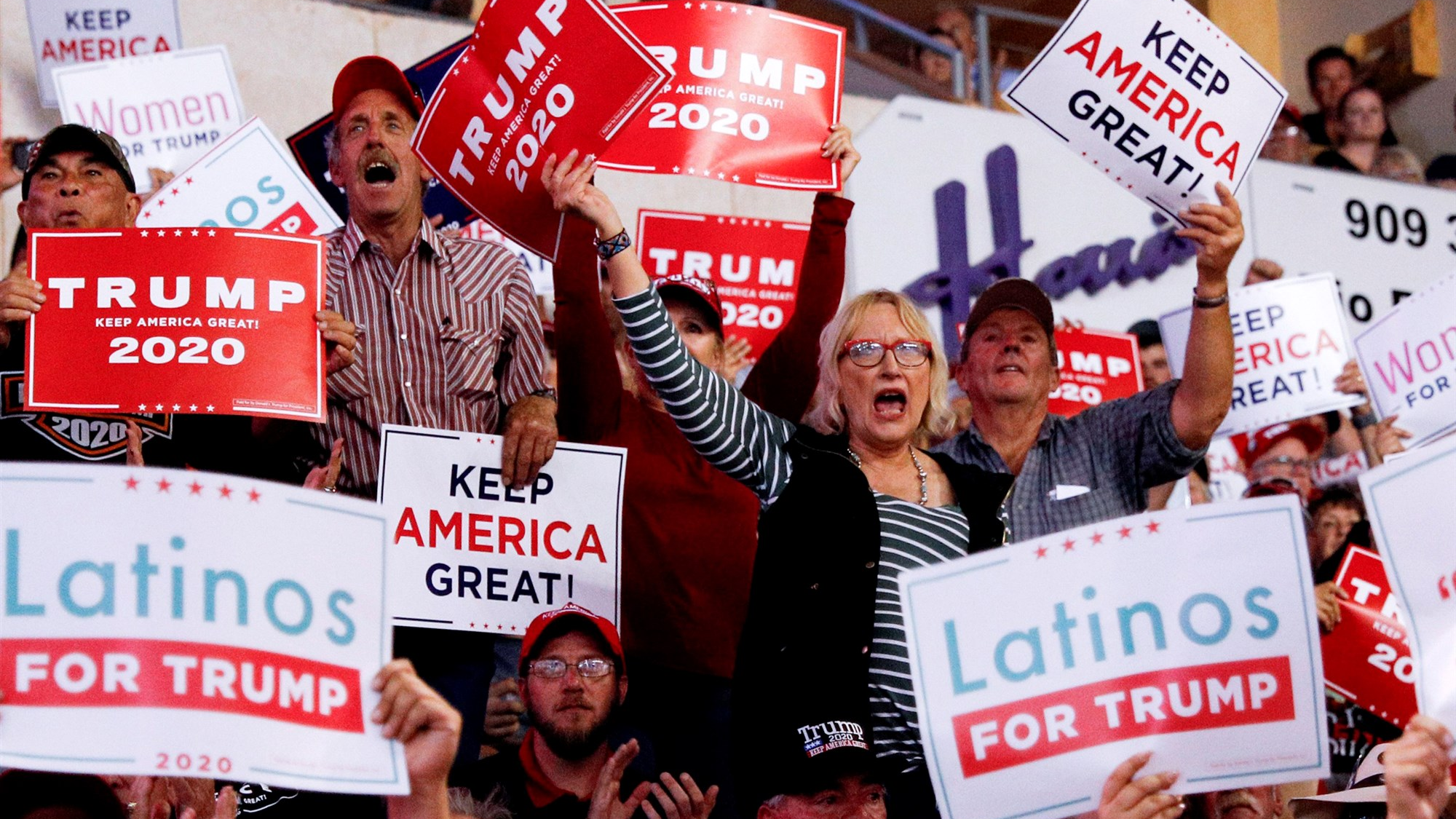 In Monforti's view, Trump's strategy in Florida will be successful on the margins but will not turn support in his favor.

The Republican candidate has been leading with anticommunism messages aimed at Cuban Americans, who traditionally shy away from socialism. Máximo Álvarez, a Cuban-born Florida millionaire and Trump supporter, even said, "I have no doubt they (Democrats) will hand the country over to those dangerous forces."

Florida is a crucial state for Donald Trump. Latinos represent 17 percent of the electorate, and Cuban Americans are the biggest Hispanic origin group (29 percent).

The president's stance on Venezuelan President Nicolás Maduro also plays a role in engaging support from the Cuban voter base. This might also have an impact on the Venezuelan voting community that grew by 184 percent from 2008 to 2018 but still only represents 2 percent of all Hispanic eligible voters in the state.

In Texas, Monforti considers the numbers to turn the state blue have been in place for more than a decade but he says "the Democratic Party needs to invest in the state's party infrastructure and mobilization."

"Texas could turn purple in this election – it's all about turnout. There would need to be a push for early voting in Texas to make that happen," the professor added.

Read more: The 'awakening' of U.S. female voters and donors to political life 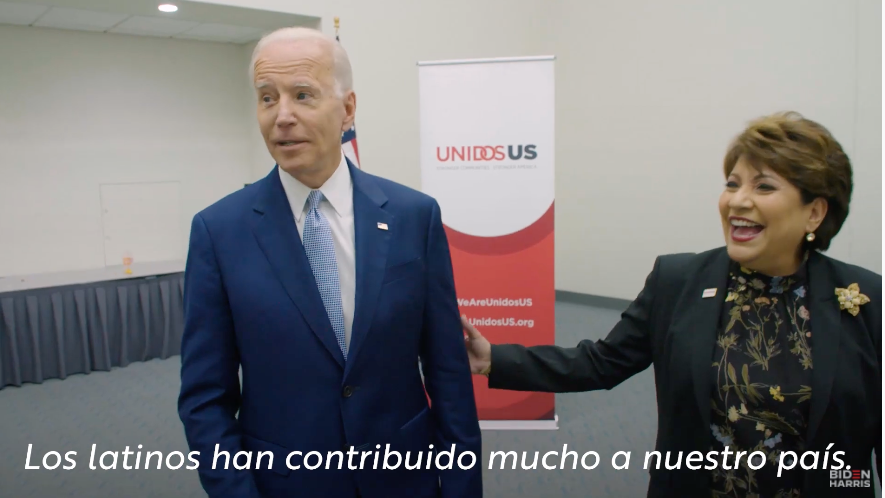 Growing support for Biden in 'vote against Trump' logic

A Pew Research Center report shows two-thirds of the registered Latino voters have growing confidence in Biden's ability to handle five key issues: handling the impact of the coronavirus, bringing the country together, making good decisions on foreign policy and the economy, and handling law enforcement and criminal justice issues.

"Biden shifted his position on immigration to garner Latino voter support, and this is important," said Monforti, adding "however, he holds a narrower lead among Latinos in battleground states like Florida."

For Sanchez, the election is "about letting the president stay in office or have the opportunity to vote him out of office. There is a divide among Latinos."

He has already voted, but admits that even though he feels the Democratic party represents his views, "it was more a vote to remove Trump, than an 'I want Biden in office' vote."

Mariely Segovia feels the same way. "I voted on Tuesday. It was a difficult decision. I don't think Biden and any of the candidates support and understand the Latino struggle. He was not my first choice, but if I had to choose the lesser of two evils, I pick Biden."

These statements echo Pew research showing that more Latino voters who support Biden say their choice is more of a vote against Trump than a vote for Biden – 59 percent versus 40 percent.

"In these times of divisiveness, what matters to me the most is having everyone hearing everyone's side and realizing we all want the same thing: to live in a safe environment," Sanchez said.