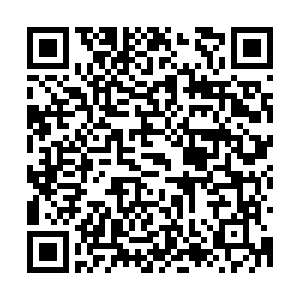 After 30 years of development and opening-up, Pudong in east China's Shanghai Municipality has been given two new roles in the country's overall development in the next three decades.

The area should strive to become a pioneer of reform and opening-up at a higher level and a vanguard in fully building a modern socialist country, Chinese President Xi Jinping said on Thursday at a grand gathering in Shanghai to celebrate the 30th anniversary of Pudong's development and opening-up.

Xi, also general secretary of the Communist Party of China (CPC) Central Committee, said as China embarks on a new journey to achieve the goal of fully building a modern socialist country by the middle of the century, Pudong needs to bear new historic missions to facilitate the process.

He encouraged the district to "carry the heaviest load" and "crack the hardest nut" in China's reform and modernization drive.

How Xi Jinping cares about Pudong's opening-up and development

Pudong 30 years on: Epitome of China's modernization and opening-up 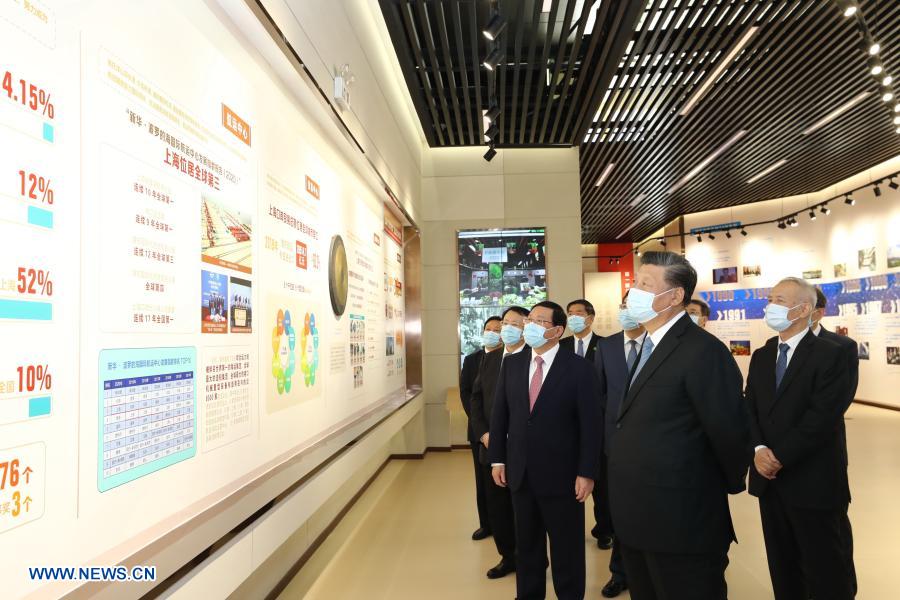 Chinese President Xi Jinping visits an exhibition of the 30th anniversary of the development and opening-up of Pudong in Shanghai, east China, November 12, 2020. /Xinhua

Chinese President Xi Jinping visits an exhibition of the 30th anniversary of the development and opening-up of Pudong in Shanghai, east China, November 12, 2020. /Xinhua

Thursday's event came two weeks after the conclusion of the fifth plenary session of the 19th CPC Central Committee, at which Chinese leaders charted the country's development course for the next 15 years.

According to the Party leadership's proposals for formulating the 14th Five-Year Plan (2021-2025, FYP) for National Economic and Social Development and the Long-Range Objectives Through the Year 2035, China will uphold the central role of innovation and take self-reliance in science and technology as strategic underpinning for national development, aiming to become a global leader in innovation.

In such a context, Xi called on Pudong to strengthen its role as an engine of innovation and make breakthroughs in key and core technologies. The district should develop innovative industries in key fields and create world-class industrial clusters in areas such as integrated circuits, biomedicine and artificial intelligence, he said. 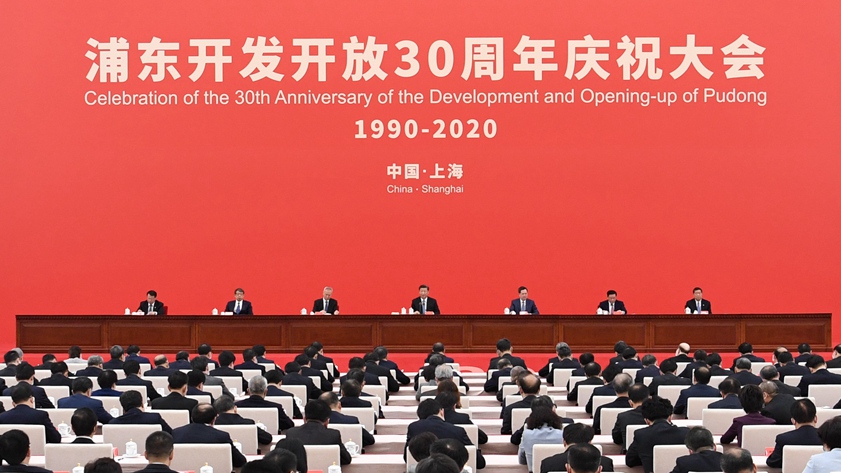 Pudong should strengthen the dominant role of enterprises in technological innovation and work more closely with other players in the Yangtze River Delta region, he said, calling for breakthroughs in core components and the launch of high-end products.

He also called on Pudong to initiate reforms in crucial areas and key links and create a market-oriented, internationalized business environment.

The district should deepen institutional opening-up in rules, regulations, management and standards to enhance its strengths in international cooperation and competition, he said.

It was Xi's second speech to mark major milestones of China's reform and opening-up during the past month. In mid-October, Xi visited Shenzhen in south China's Guangdong Province and attended a gathering to celebrate the 40th anniversary of the establishment of the Shenzhen Special Economic Zone, urging the city to deepen all-round reform and expand opening-up on all fronts.

Shengzhen and Shanghai have been at the forefront of China's reform and opening-up over the past decades. The two cities are also homes to the only two stock exchanges on the Chinese mainland, playing irreplaceable roles in resource allocation for the world's second largest economy.

As China strives to nurture a new development pattern that takes the domestic market as the mainstay while letting domestic and foreign markets boost each other, the roles of Shenzhen and Shanghai are becoming even more significant.

Xi called for efforts to improve Pudong's capabilities in global resource allocation so that it will better serve the establishment of the new development pattern. Pudong should better coordinate resources in domestic and foreign markets and enhance its global influence on mobilizing factors including fund, information, technology, talent and goods, he said.

Pudong should strive to become a hub of the domestic market and a strategic link of the domestic and foreign markets, he said. The area should also play a leading role in the integrated development of the Yangtze River Delta region, he added. 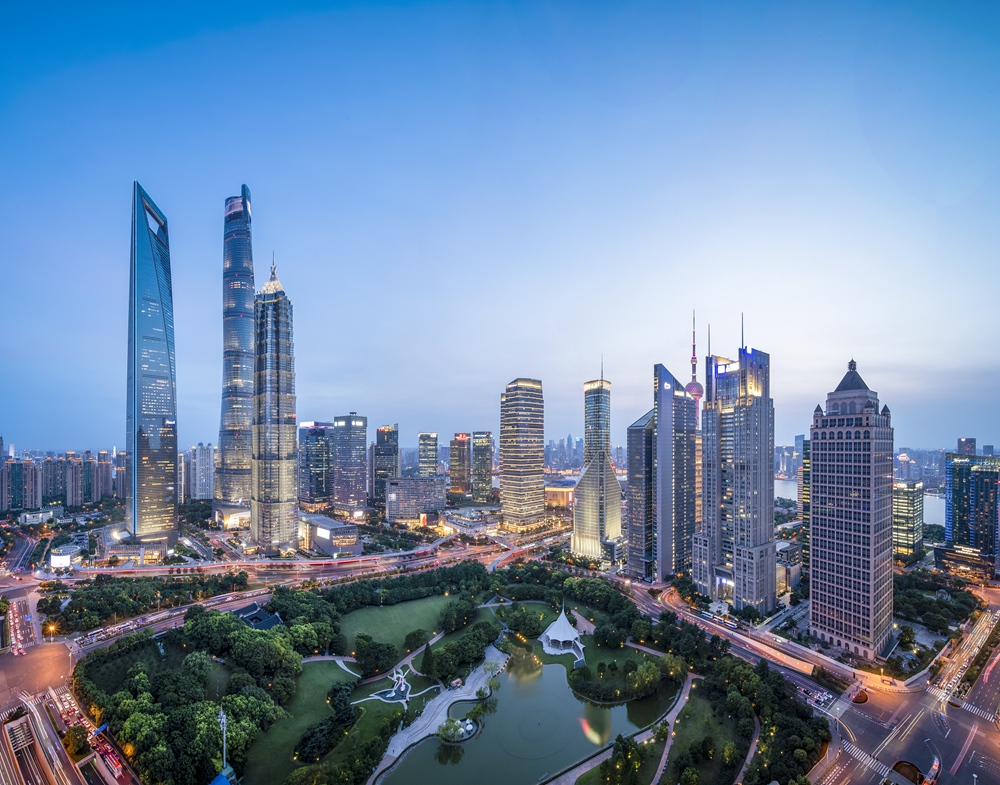 The president also urged Pudong to establish an international financial-asset trading platform, develop a higher-level headquarters economy and build itself into an important hub of global industrial, supply and value chains.

Meanwhile, Xi called for modernizing urban governance and building the district into a beautiful home where people and nature coexist in harmony.

On April 18, 1990, China announced the development and opening-up of Pudong, a less developed area located east of the Huangpu River in Shanghai.

Pudong's regional GDP has increased more than 210 times over the past three decades. The district now contributes nearly one-third of Shanghai's GDP. It is home to over 1,000 financial institutions, over 300 regional headquarters of multinationals and more than 240 foreign-invested R&D centers.