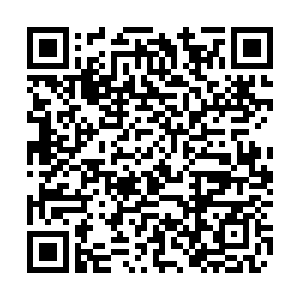 In the first week of 2021, Chinese State Councilor and Foreign Minister Wang Yi keeps the tradition of choosing Africa for his first overseas visit of the year; control of U.S. Senate at stake with twin runoff elections in Georgia; and two Central Asian countries, Kyrgyzstan and Kazakhstan, kick off elections.

During the visits, Wang Yi will push forward the implementation of the important consensus reached by the Chinese and African leaders and the outcomes of the Forum on China-Africa Cooperation (FOCAC) Beijing Summit and the Extraordinary China-Africa Summit On Solidarity against COVID-19, according to Foreign Ministry spokesperson Wang Wenbin.

Chinese foreign ministers have been choosing Africa for their first overseas visit of the new year since 1991. The spokesperson said Wang Yi's visits are a continuation of this fine tradition, which speaks volumes of the great importance China has always attached to China-Africa relations.

At the beginning of 2020, Wang Yi paid official visits to Egypt, Djibouti, Eritrea, Burundi and Zimbabwe, which promoted the development of China-Africa traditional friendship.

China's FM is on his first overseas trip of the year: Here's why Africa is a priority

Control of U.S. Senate at stake

As no candidate won more than 50 percent of the vote in the November 3 election, the runoff elections for two U.S. Senate seats in Georgia are necessary and of great importance.

A record 3 million early votes have been cast in the two Georgia runoff elections that will decide which party controls the U.S. Senate, according to a final tally released on Friday.

Elections in Kyrgyzstan and Kazakhstan

Kazakhstan and Kyrgyzstan will both have elections on January 10. In Kazakhstan, people will choose representatives for the lower house of the parliament, while voters in Kyrgyzstan will elect a new president and pick sides in a referendum on the country's form of government.

According to Kazakhstan's Central Election Commission, for the first time, a mandatory 30-percent quota will be allocated for women and young people to encourage their participation in the political field. During the previous lower house elections held in March 2016, the ruling Nur Otan party won a majority of 84 seats, and the "Ak Zhol" Democratic Party of Kazakhstan and the Communist People's Party grabbed seven deputies each.

As for Kazakhstan's northern neighbor Kyrgyzstan, a total of 18 candidates, including one woman, will compete for the presidency of the country. Kyrgyz President Sooronbai Jeenbekov resigned on October 15 after violent protests in Bishkek following the October 4 parliamentary elections, the results of which were later annulled by the Central Election Commission.

Thursday: A peaceful day for politics.

Friday: A peaceful day for politics.