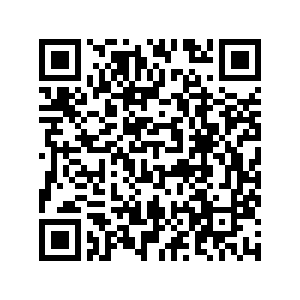 Myanmar's newly elected parliament is scheduled to meet for the first time on Monday. However, the military earlier on Monday declared the legislative functions of all parliaments and leading bodies would be suspended as the country entered into a state of emergency.

The chaos raised several questions: what happened, why did the military act now and what happens next?

What we know so far?

The Myanmar military Monday announced a one-year-long state of emergency after they detained Myanmar State Counsellor Aung San Suu Kyi, President U Win Myint and other senior officials earlier in the day.

The military stressed the constitution allows them to take control in times of national emergency. The state power is handed over to Commander-in-Chief of Defense Services Min Aung Hlaing and First Vice President U Myint Swe is now serving as the acting president.

According to reports, the Myanmar military have taken control of multiple governments and parliaments in many parts of Myanmar.

Suu Kyi, 75, in a statement released by her National League for Democracy (NLD) Party called on the public not to accept the military's actions and urged protests, saying military's actions were unjustified and went against the constitution.

The Yangon International Airport will be closed till May this year, according to civil aviation authorities, and all banks across Myanmar were shut on Monday. Telecommunications in capital city of Nay Pyi Taw and some other regions and states had also been cut off. 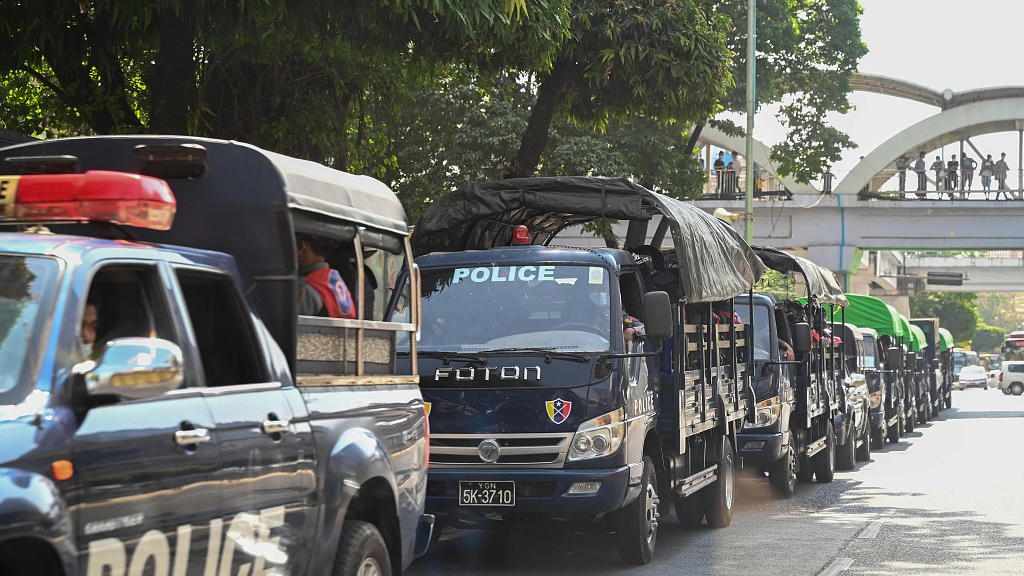 On the streets in Yangon, Gao saw people's life were still normal as no roads were blocked and all public transportation was still in service.

The military later said "after the state of emergency period, free and fair multi-party general elections will be rerun and the state power will be handed over to an elected party which meets the democratic standards."

An expert said the military's move comes after their dissatisfaction to last year's parliamentary elections, which the ruling NLD party won a sweeping victory.

"The Myanmar military believe there was massive voting fraud in last year's parliamentary elections. And they had demanded postponement of new parliamentary sessions. But the Union Election Commission (UEC) dismissed the allegations last week. That is why they made the move," Song Qingrun, associate professor from Beijing Foreign Studies University said.

Reporter Gao noted the NLD "won too much" in last year's election as it secured over 80 percent of the seats in the parliament.

He pointed out the Union Solidarity and Development Party (USDP), supported by the military, only won 33 seats and after the election, the USDP has accused the NLD of cheating during the election.

The military in a latest statement claimed 25 percent of the voters may be fraudulent. The military said they have discovered over 10.48 million errors after reviewing the publicly released voters list by the UEC.

How will the future unfold?

Noting the future could be "complex," Song said it is quite difficult to say how the situation will develop in the future. 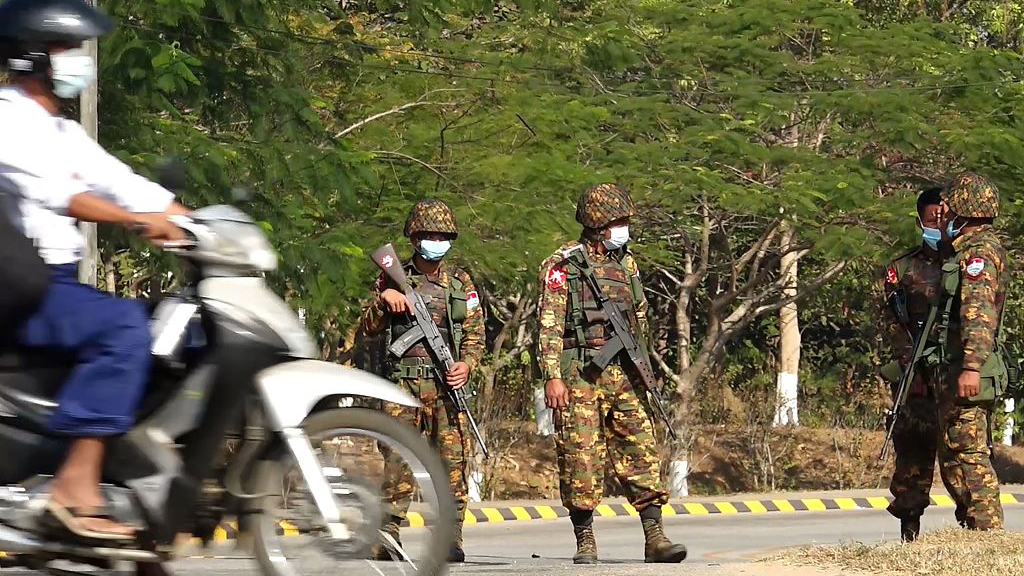 "It depends on whether the supporters of the NLD will go demonstration in the streets, whether the military could handle the conditions in the country... as well as what the results of the new elections will be," Song said.

The expert pointed out last year's election shows that the NLD led by Suu Kyi still enjoy a lot of supporters.

He also said Myanmar's military will also be facing pressure from National League supporters and some Western countries. "How the situation unfolds, in light of these challenges, remains to be seen."

But Song believes the military's ruling of the country could still face several challenges.

"The first one is the outbreak of the coronavirus, currently Myanmar has got over 140,000 confirmed cases and it reports about 400 to 500 new cases everyday. So how to control the pandemic is a question laying in front of the military's table. Meanwhile, they also need to make efforts to recover the country's economy. These are the problems whether the Myanmar people could be satisfied with the military's ruling for the coming one year." 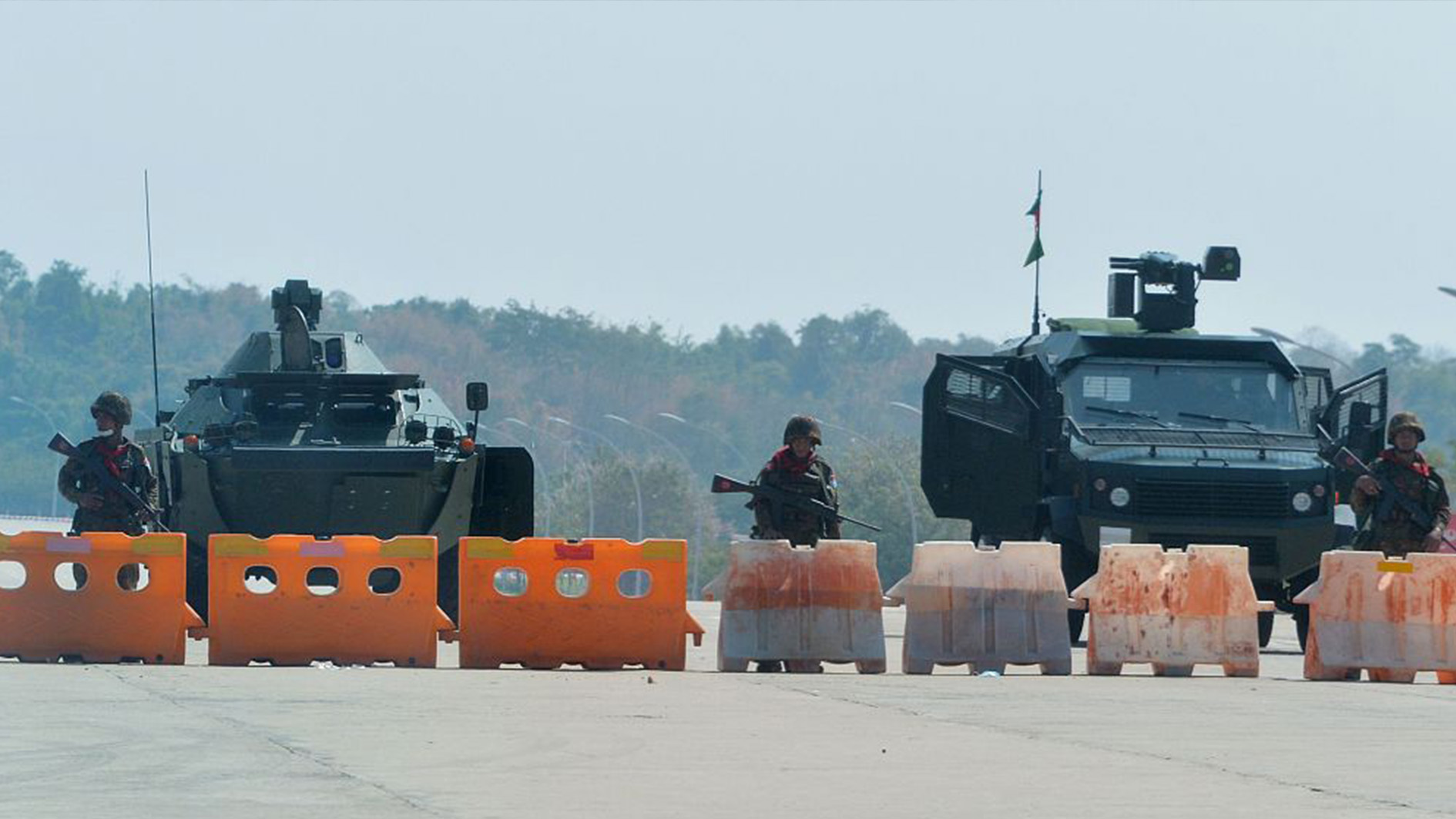 In terms of Suu Kyi's future political career, Analyst Larry Jagan pointed out removing Suu Kyi from power is key to the military's "game plan", and could signal the end of her political career.

"I think this is essentially the end of Aung San Suu Kyi's political career. After all she is getting old, there are questions about her health. There is little future for her I believe in this point in time and after all I do think that is what the military want most."

Jagan stressed that military has very little trust in Suu Kyi. "They do not trust her, they do not like her, and they do not want her to be part of the country's future. Therefore getting rid of her or cutting her out of the process really is a very important part of their game plan."