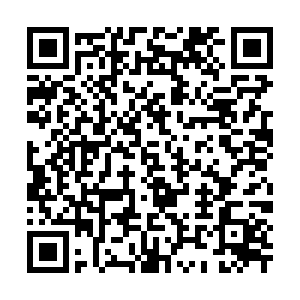 The electoral system of China's Hong Kong Special Administrative Region (HKSAR) needs improvement to keep pace with the times for the full implementation of "One Country, Two Systems" and the "patriots governing Hong Kong" principle, Zhang Yesui, spokesperson for the fourth session of the 13th National People's Congress (NPC), told a press conference on Thursday.

The NPC will deliberate a draft decision on improving the electoral system of the HKSAR during the upcoming session, according to the agenda.

The electoral system of the HKSAR is an important part of its political structure, Zhang stressed.

He said what happened in recent years has proven the necessity to "improve the system in step with the times in order to provide a sound institutional guarantee for fully and faithfully implementing 'One Country, Two Systems' and fully implementing the principle of 'patriots governing Hong Kong.'"

Zhang noted that the NPC, China's top legislature, has the power and responsibility to make a decision at the constitutional level to improve the electoral system of the HKSAR.

Chinese central authorities have recently solicited opinions from people of different backgrounds in Hong Kong, with the aim of improving the city's electoral system.

The "patriots governing Hong Kong" principle means that Hong Kong, which returned to the motherland in 1997, must be governed by patriots and the power of the HKSAR must be in the hands of patriots, Xia Baolong, vice chairman of the National Committee of the Chinese People's Political Consultative Conference (CPPCC) and head of the Hong Kong and Macao Affairs Office of the State Council, said in a symposium last month

The first criterion, Xia said, is that patriots must sincerely uphold the nation's sovereignty, security and development interests. They must not conduct activities endangering national sovereignty and security, which is the bottom-line criterion.

He clarified that this did not mean banning all opposition members from the HKSAR government.

Noting since Hong Kong's return, whenever the city deals with controversial issues, some people will make remarks that stir up hatred against the central and local governments, Lam said. "It was crystal clear that we had reached a stage where the central government had to take action," she added.

The Chinese General Chamber of Commerce of the HKSAR released a statement on Thursday saying only after the "patriots governing Hong Kong" principle is upheld, can "One Country, Two Systems" be comprehensively and accurately implemented and will anti-China disrupters be prevented from damaging Hong Kong's governance and stability in the long run.

Priscilla Leung Mei-fun, a member of the HKSAR Basic Law Committee under the National People's Congress Standing Committee, also said only by letting patriots exercise the governing power, can Hong Kong be truly well governed, integrate its development into the overall development of the country and create a bright future.

Most of Hong Kong residents support "patriots governing Hong Kong," said Lo Man-tuen, vice chairman of the All-China Federation of Returned Overseas Chinese, in a recent symposium. Lo expressed the hope for plugging loopholes in the electoral and other systems as soon as possible to ensure the governing power of Hong Kong is in the hands of patriots.

Speaking to CGTN, He Junzhi, vice president of Chinese Association of Hong Kong and Macao Studies, explained what these loopholes are.

He pointed out the Hong Kong electoral system cannot guarantee the fair drawing of voting districts, not to mention elections.

The HKSAR geographical constituency adopts a proportional representation system, which is an electoral system that's only suited for the national level. However, Hong Kong is a city, He pointed out, and under such a system, the election results are very fragmented. "Extreme forces can be easily encouraged. Public opinion cannot be consolidated through elections."

He also said the election of the Hong Kong Legislative Council (LegCo) and the electoral committee for the chief executive are based on the functional constituency, which are out of date.

In addition, He also noted the rule of ensuring governance by patriots protected by the Constitution and the Basic Law has not been well refined and implemented yet. "In fact, this is the basic responsibility of any administration; however, it's far from being done in Hong Kong."