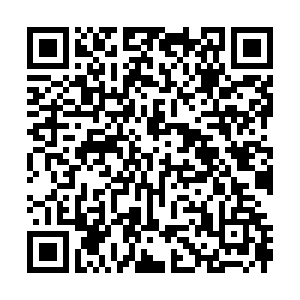 Britain's communications regulator Ofcom has been criticized for its decision to ban and fine China Global Television Network (CGTN) for political reasons.

A group of journalists, filmmakers and artists recently challenged Ofcom's "act of censorship" in an open letter published by the No Cold War campaign and the Morning Star.

"The decision by Ofcom to remove the broadcasting license of CGTN is an act of censorship which is not in the interests of Britain and its people," the open letter said, calling the move an "attack on free speech."

Ofcom revoked the license of CGTN to broadcast in the UK in early February on the grounds of its ultimate control and its political attributes. Beijing slammed the move as political repression against Chinese media.

In their letter, the signatories questioned Ofcom's justification for banning CGTN.

"Ofcom's justification for taking CGTN off air is that any holder of a broadcasting license in Britain must not be controlled by political bodies. However, this law is only selectively applied. Numerous private and state channels have clear political agendas or control – the BBC itself, for example, which had its staff vetted by MI5, has not had its broadcasting license revoked," it said.

The letter urged Ofcom to reverse its decision and reinstate CGTN's license.

A spokesperson for CGTN on Tuesday called on the British regulator to calmly listen to the opinions expressed in the letter and end its political crackdown on Chinese media.

The spokesperson said that as an international news channel, CGTN is committed to providing "accurate, timely and objective news and information with diverse and balanced views" for its global audiences.

"China is increasingly connected and engaged with the rest of the world including the UK," the spokesperson said in a statement. "It is our responsibility to present Chinese viewpoints and perspectives in our news reporting, which is what our viewers expect and is also in the interest of the public."

'The world should be able to hear China's voice'

In a separate statement on Tuesday, CGTN said it is disappointed with and firmly opposes Ofcom's latest sanction decisions and adjudications against it.

Ofcom on Monday fined CGTN 225,000 British pounds (about $310,933) for "breaching rules on fairness, privacy and due impartiality" just weeks after it stripped the network of its right to air in Britain.

"CGTN believes its coverage of the 2019 violent protests in the Hong Kong Special Administrative Region was fair, truthful and duly impartial," the statement said.

"As a news outlet from China, CGTN made it possible for global audiences to see and hear a more complete picture of events in Hong Kong by reporting on the voices opposing violence and destruction," it stressed. "The fact that CGTN has been sanctioned by Ofcom for its objective coverage of the event is unjust."

"It is in the public interest that the world should be able to hear China's voice and perspective and see the true picture more clearly," it added.