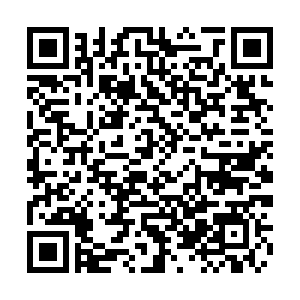 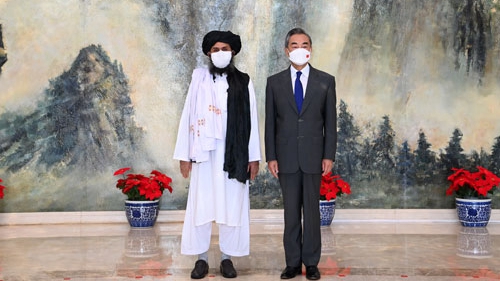 Chinese State Councilor and Foreign Minister Wang Yi on Wednesday urged the Afghan Taliban to make a clean break with all terrorist organizations, including the East Turkistan Islamic Movement (ETIM) and resolutely fight against them.

Wang made the remark during a meeting with Taliban's political chief Mullah Abdul Ghani Baradar in north China's Tianjin Municipality.

The United Nations Security Council has designated ETIM as an international terrorist organization. The organization poses direct threats to China's national security and territorial integrity, Wang said. Therefore, it's a joint responsibility of the international community to fight against the ETIM, he added.

Baradar is leading a Taliban delegation to visit China. The group will never allow any force to use Afghanistan's territory to harm China's interests, said Baradar. 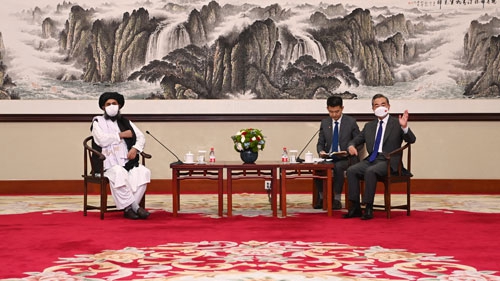 Baradar is a co-founder of the Afghan Taliban and head of the group's political office in Qatar. It is the first time that a senior member of the organization has visited China since fighting between Afghan government forces and Taliban fighters escalated in recent months.

Afghanistan belongs to the Afghan people and its future should lie in the hands of its people, Wang said.

Since U.S. troops began their final withdrawal from Afghanistan in early May after almost 20 years of fighting, Taliban fighters have ramped up offensives against the government forces across the country. The Taliban's supreme leader Hibatullah Akhundzada said earlier this month that the group "strenuously favors" a political settlement to the conflict.

The rushed withdrawal of U.S. and NATO forces marked the failure of Washington's Afghanistan policy, Wang said, adding that the Afghan people now face an important opportunity to stabilize and develop their country. 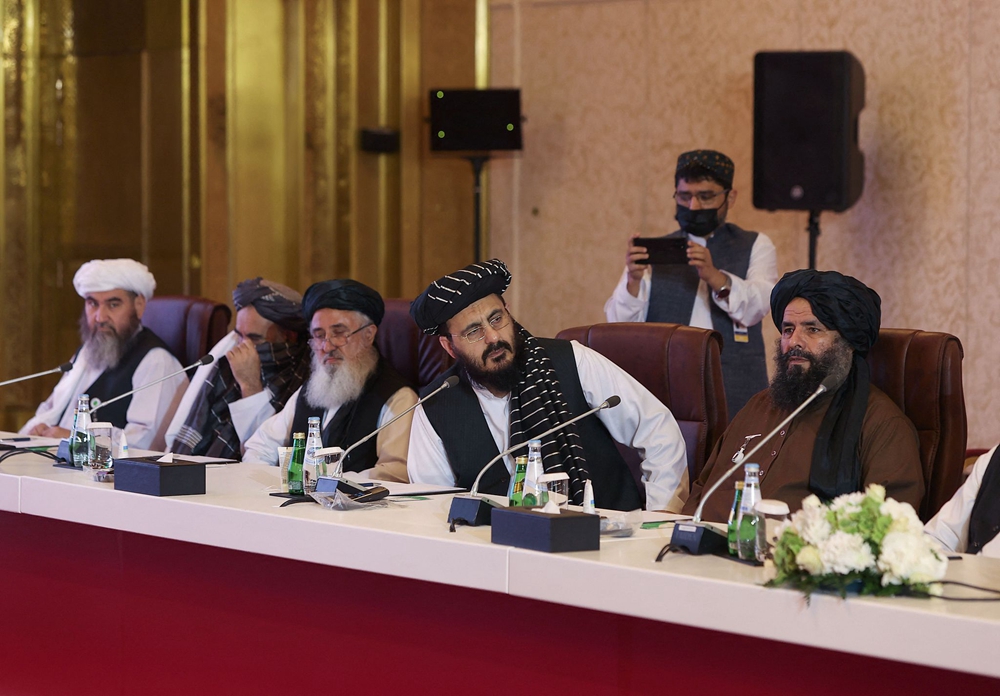 A delegation of the Taliban attends a session of peace talks with representatives of the Afghan government in Doha, Qatar, July 17, 2021. /CFP

A delegation of the Taliban attends a session of peace talks with representatives of the Afghan government in Doha, Qatar, July 17, 2021. /CFP

Describing the Taliban as a key military and political force in Afghanistan, he said the organization is expected to play an important role in the country's peace, reconciliation and reconstruction process. He called on the Taliban to stay committed to peace talks and pursue an inclusive policy.

The diplomat called for solidarity among all parties and ethnic groups in Afghanistan, urging them to follow the principle of "Afghan-led and Afghan-owned" in advancing the peace and reconciliation process, and build an extensive and inclusive political arrangement.

Taliban's signal and the future of Afghanistan 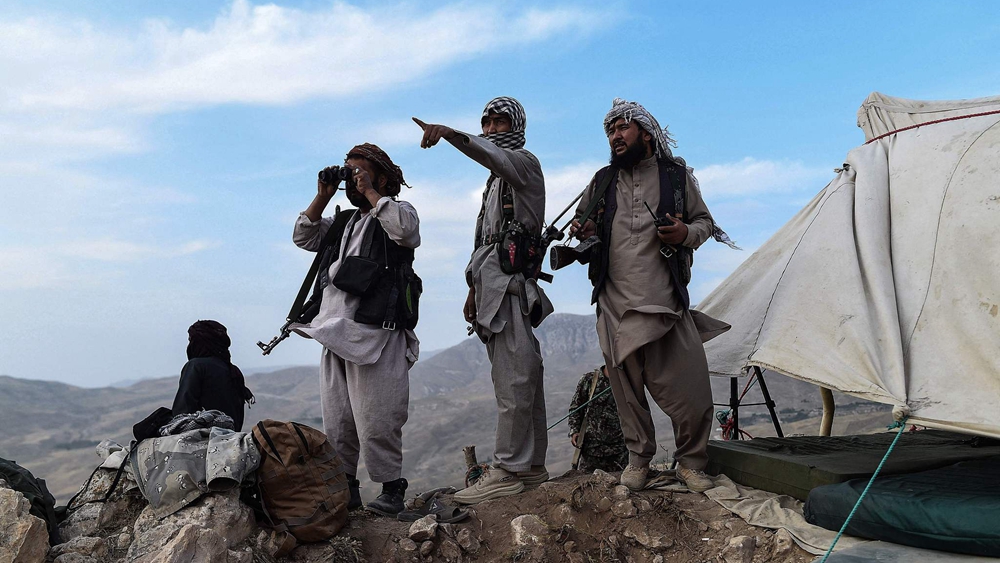 Baradar hailed China a "trustworthy friend" of the Afghan people and said he appreciates the "fair and positive role" that China plays in Afghanistan's peace and reconciliation process.

He stressed that the Taliban is sincere about seeking peace and is willing to work with other parties to create an extensive and inclusive political arrangement that is acceptable to all Afghan people.

The Taliban believes that Afghanistan should develop friendly ties with its neighbors and the international community, he said.

The group hopes that China can play a bigger role in Afghanistan's peace and reconstruction process as well as economic development, he told Wang, promising that the Taliban will make efforts to improve the country's investment environment.