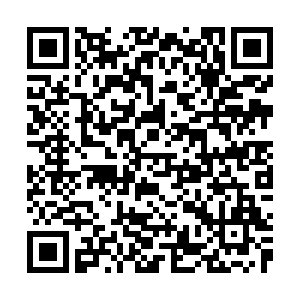 The Hong Kong Special Administrative Region (HKSAR) government on Saturday expressed regret and dismay at irresponsible remarks made by officials in the U.S. and the EU regarding the conviction and sentencing of an offender under the national security law in Hong Kong.

The HKSAR government deeply regrets and rejects remarks by officials from the United States and the EU which were blatantly trampling on Hong Kong's judicial strengths, let alone their usual politically motivated interference into the internal affairs of China's HKSAR, a spokesman of the HKSAR government said in a statement.

"Every country has a right to safeguard national security and take resolute actions against any offenses. We are shocked to hear repeatedly from officials in the U.S. and EU governments since the enactment of the National Security Law that such an essential piece of legislation was being abused in Hong Kong without any evidence or substantiation," the spokesman said.

"Their unjustified stance on Hong Kong matters clearly shows their arrogance and double standards," he added.

The national security law clearly stipulates four types of offenses endangering national security and the penalties, the spokesperson said, adding that law-abiding people will not unwittingly fall foul of the law.

After the implementation of the national security law, Hong Kong people's rights and freedoms under the HKSAR Basic Law as well as the relevant provisions of International Covenant on Civil and Political Rights as applied to Hong Kong continue to be protected, the spokesman said. 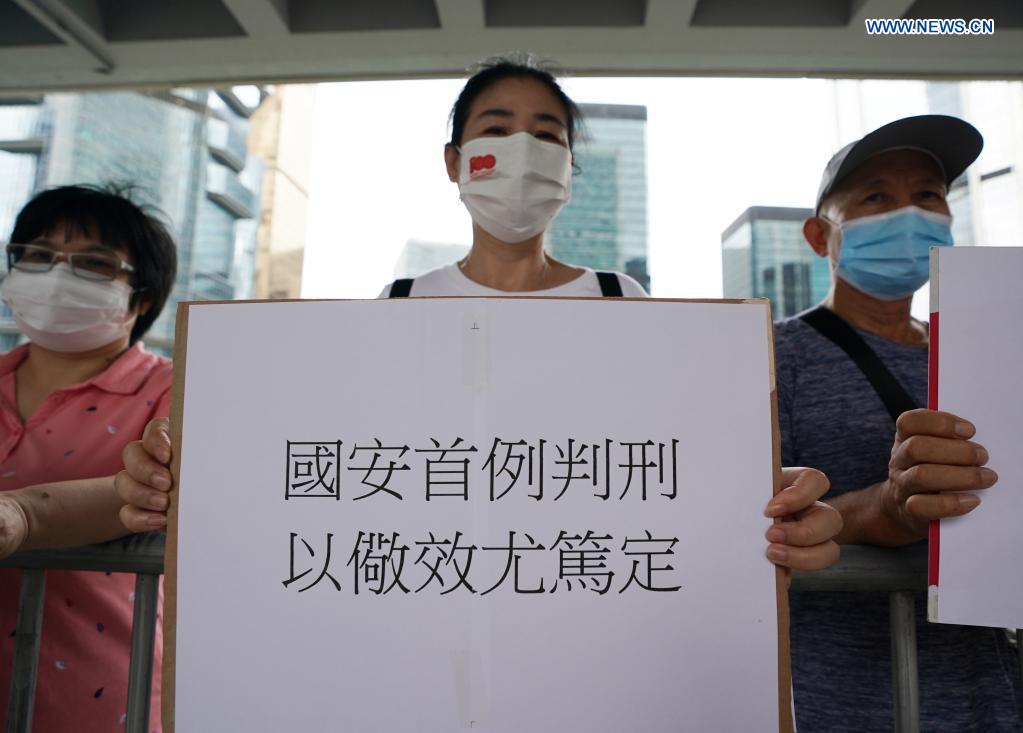 A woman holds a sign in support of the High Court's sentence of Tong Ying-kit for breaching the national security law in the HKSAR, south China, July 30, 2021. /Xinhua

A woman holds a sign in support of the High Court's sentence of Tong Ying-kit for breaching the national security law in the HKSAR, south China, July 30, 2021. /Xinhua

Among others, the media and the general public continue to exercise their right to monitor the government's work and the freedom of criticizing policies, the spokesman said, noting that there is no basis for the officials in the United States and the EU to suggest that Hong Kong people's rights and freedom have been undermined.

"We urge the U.S. and EU authorities to respect the rule of law and refrain from making any attempt to influence our courts in exercising their independent judicial power. Such contemptuous behaviors are detrimental to bilateral or multilateral relationship with the HKSAR on a wide range of subjects of mutual concern and benefits," he said.

The High Court of the HKSAR sentenced on Friday Tong Ying-kit, 24, to nine years in prison after he was found guilty of inciting others to commit secession and engaging in terrorist activities.