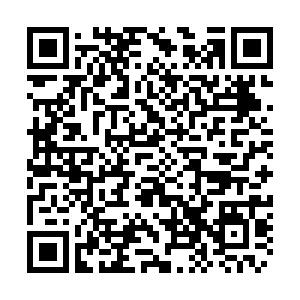 Xinjiang has been at the core of China's trade relations across the Eurasian landmass since the millennia-old Silk Road. Owing to its strategic location as China's westernmost frontier that borders eight countries – Mongolia, Russia, Kazakhstan, Kyrgyzstan, Tajikistan, Afghanistan, Pakistan and India – China's Xinjiang Uygur Autonomous Region today is fittingly seen as the Gateway to the Belt and Road Initiative (BRI) that envisions trade and cultural connectivity along the ancient Silk Road.

Concurring with the view, Ma Haitao, director of the administrative committee at Kashgar Economic Development Zone, noted that despite the difference in time and space, the connection between the ancient Silk Road and the modern BRI, including the Maritime Silk Road, is natural and continuous. 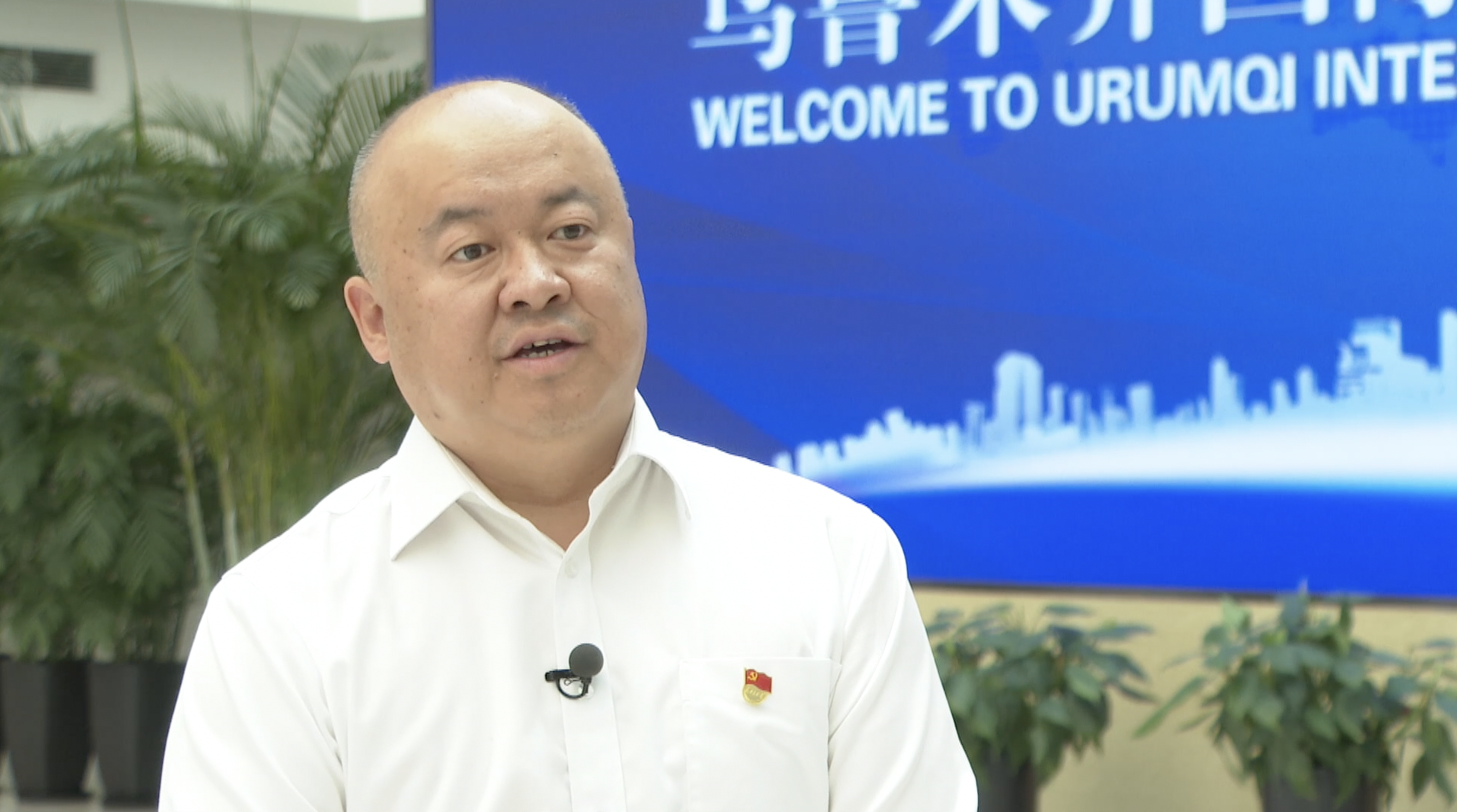 In recent years, as part of China's BRI approach, Xinjiang has witnessed rapid infrastructure development. Urumqi International Land Port in Xinjiang's capital city has been built as an integrated rail, road and flight logistics hub to facilitate trade with not only the neighboring countries but all the way up to Europe via the China-Europe Railway Express.

"At present, we have a total of 19 lines, reaching 26 cities in 21 countries. The regions with relative service advantages are mainly the Central Asian region around Xinjiang, including Russia, and the countries along the Caspian Sea and the Black Sea," said Ma Chunlei.

"We undertake the entire China-Europe Railway Express system to a core hub, providing functions including logistics, trade and industrial agglomeration. The whole planned area of the land port is 67 square kilometers," he added.

The land port has a staff strength of 400. In addition, the facility houses the railway customs and other relevant government service departments. There's also a 24-hour booking hall. The port has triggered the growth of many logistics-handling enterprises in the cities, offering new job opportunities for the local people.

In addition to boosting employment opportunities, the BRI-linked projects in the past few years have also proven to be a boon for Xinjiang's local industries, opening up new international markets for them and, cutting down transportation time and cost.

Ma Chunlei cited the example of locally produced ketchup exports to Europe. Previously, ketchup from Xinjiang had to be transported to Tianjin port by road or train and then transported to coastal ports. Then a freight ship would take it to the European market. This process would take more than 45 days.

"Now, after the opening of the China-Europe Railway Express, it only takes 15 days to assemble the ketchup in Urumqi and transport it all the way to Naples in Italy," he said. 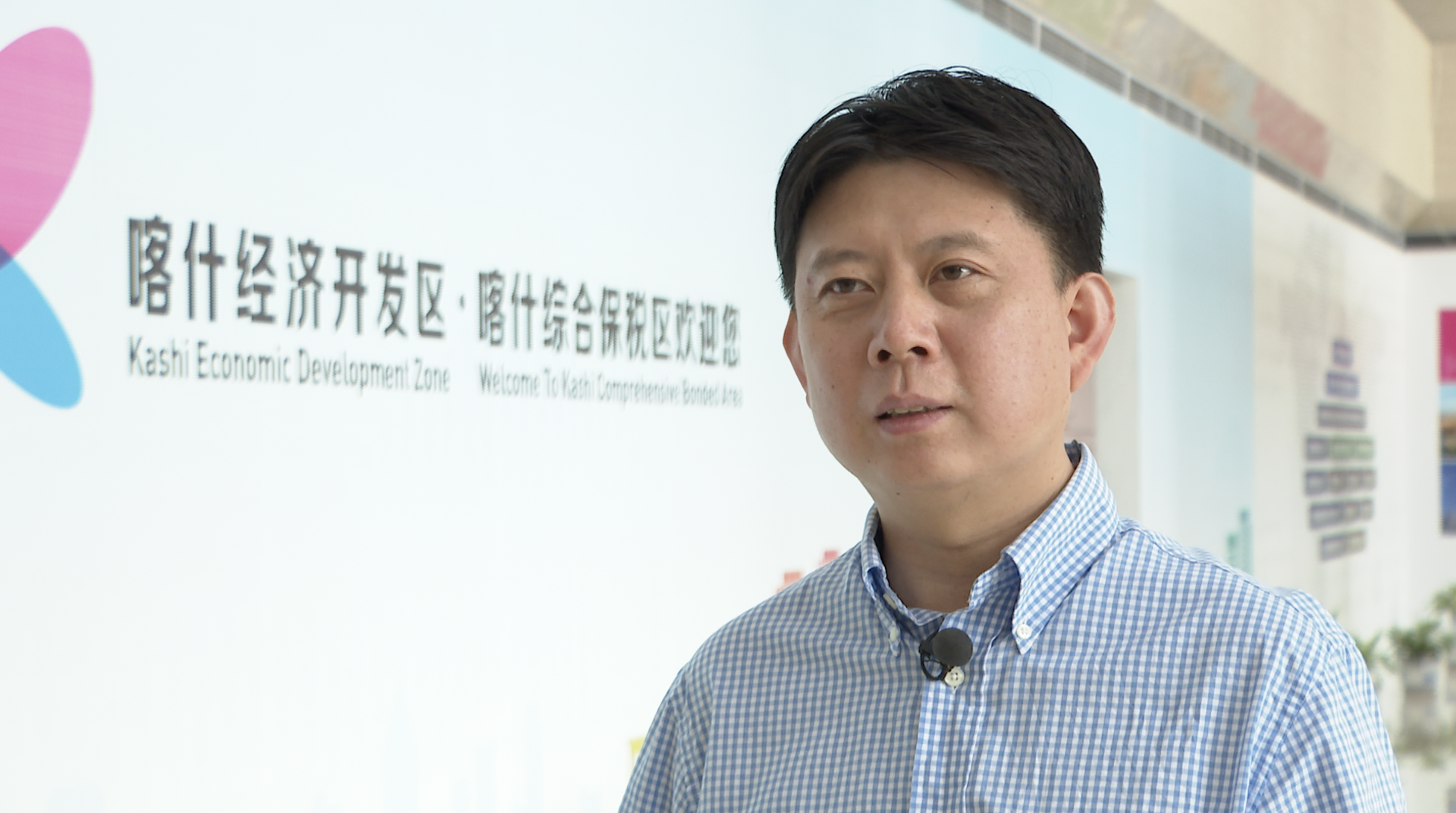 Still, Xinjiang's other major city Kashgar has been serving as the only Special Economic Zone (SEZ) in western China since 2010. As part of the SEZ, the city has established Kashgar Comprehensive Free Trade Zone to boost trade with neighboring countries.

"According to the data of 2020 in Kashgar Comprehensive Bonded Area, its import and export trade volume reached 750 million yuan, but about 80 percent of them are exports. Imports account for about 20 percent of the trade volume, and our trading partners are mainly neighboring countries, including Kyrgyzstan, Tajikistan, Uzbekistan and so on," Ma Haitao said, offering the lowdown on the current scale of trading.

"There are now 85 registered enterprises in Kashgar Comprehensive Free Trade Zone. Among them, 15 are production enterprises, and the remaining more than 70 enterprises mainly logistics and foreign trade enterprises, and our total employment is about 750 people," he said.

"The production enterprises include flour processing, food processing and other white goods as well as optical lenses. In the future, we will have production of dry batteries and so on. This kind of enterprises will be more abundant and the scale will continue to grow," he added.

Ma Haitao stressed that these production and processing capacities have enhanced the export-oriented economic development in Kashgar, allowing more jobs. 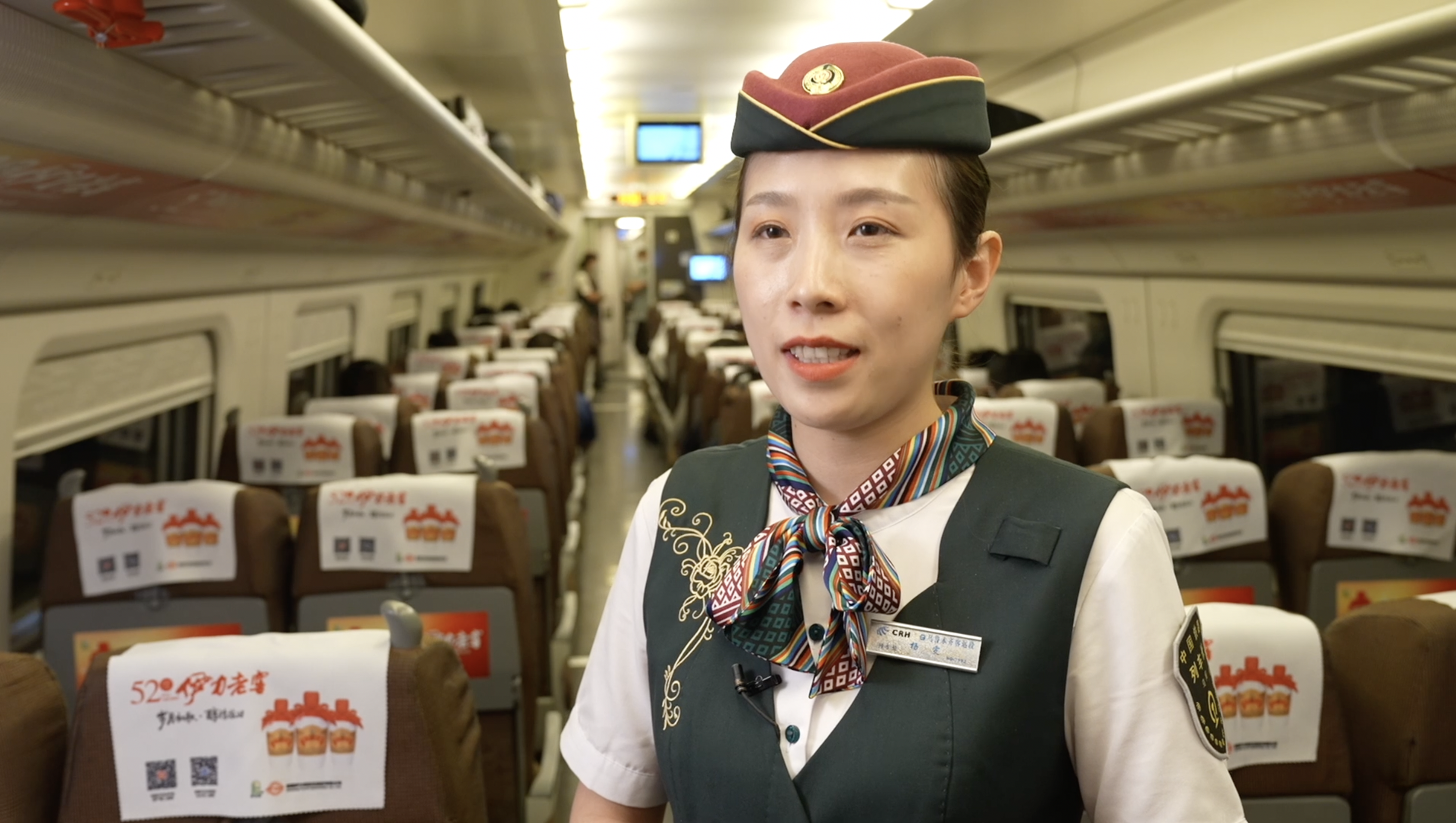 The BRI-linked development of Xinjiang is equally focused on the international as well as domestic connectivity of the region. The Lanzhou-Xinjiang High-Speed Railway that opened in 2014 connecting Xinjiang to neighboring Gansu Province has been transformative for the tourism sector.

"Since the opening of Lanzhou-Xinjiang High-Speed Railway, we have used bullet trains on weekends and recombining train tour groups on holidays and other ways to increase the daily transportation. The development of tourism in Hami areas such as Urumqi, northern Turpan and northern Shanshan has also improved," Yang Wen, a train conductor, told CGTN Digital on board a high-speed train from Turpan to Urumqi.

"For example, on our special 'apricot blossom' train, we can go to the north of Turpan to see apricot flowers blooming during the season. In the north of Shanshan County, we have the Kumtag Desert, where we can go to play in the sands. Hami also has the Balikun Grasslands. So, local tourism, economy and people's life have greatly improved," she said.

Yang Wen said the high-speed railway has opened up competitive professional opportunities for many youths in Xinjiang. Meanwhile, the decreased travel time between the region's main urban hubs and their connectivity with other parts of the country have sped up trade and commerce in the region, accelerating the economic progress.

From the ancient Silk Road to the ongoing BRI, Xinjiang continues to flourish as a major trading hub for China. It has also emerged as a perfect example of China's recent emphasis on Dual Circulation economic strategy.

"With regard to the construction and development of the land port area, we are implementing the linkage at home and abroad proposed by President Xi Jinping and the two-way mutual assistance between the East and the West. This in itself requires us to pay attention to Dual Circulation at home and abroad," said Ma Chunlei.

"In terms of providing export services to the west, we have established hub-to-hub service links with assembly centers and logistics hubs in the mainland, including the new western land and sea passage with Chongqing. Organically integrate the export logistics needs of the mainland with our service capabilities," Ma Chunlei elaborated.

"From the import point of view, we mainly focus on some traditional products from neighboring countries, such as grain and oil, wood, pulp, as well as some basic industrial raw materials to meet the needs of domestic production and consumption," he added.