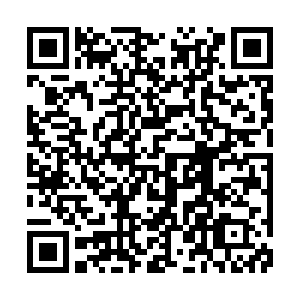 In the upcoming week, political uncertainty continues in Afghanistan as the international community calls for peace and stability, and U.S. President Joe Biden and Israel's new Prime Minister Naftali Bennett will have their first meeting since coming to power.

As the situation in Afghanistan remains uncertain following the Taliban's swift takeover of most parts of the country, the international community has warned about potential humanitarian challenges and expressed a willingness to help establish peace and stability.

During the past week, world leaders and international organizations held talks and meetings discussing the situation in Afghanistan, and two major events have already been put on agenda – Pakistani Foreign Minister Shah Mahmood Qureshi is likely visiting Kabul and the UN Human Rights Council (UNHRC) will hold a special session on the issue.

Media reports on Friday suggested that Qureshi will visit neighboring countries in the next few days to "chalk out a comprehensive strategy after consultations" and the UNHRC said it would address the "serious human rights concerns" in the region in a special session.

Meanwhile, the refugee crisis in Afghanistan is growing. Since the fall of Kabul to the Taliban, thousands of people have rushed to Kabul's airport without travel documents and many are still there.

On Saturday, a Taliban official told Reuters on condition of anonymity that the group is aiming to unveil a new governing framework for Afghanistan in the next few weeks and Afghan First Vice President Amrullah Saleh declared himself the country's legitimate caretaker from his northern Panjshir Valley stronghold after President Ashraf Ghani fled Afghanistan.

Tensions with Iran high on the agenda of Biden-Bennett talks

The long-expected meeting between Biden and Bennett will take place Thursday amid tensions with the Iran, and Israel's fragile truce with militant Hamas rulers in Gaza following an 11-day war in May.

The meeting will "underscore the United States' unwavering commitment to Israel's security," according to a statement from White House Press Secretary Jen Psaki. The leaders, she said, "will discuss critical issues related to regional and global security, including Iran."

Netanyahu and his Trumpian way of undermining Israel's democracy

Netanyahu out, Bennett in as Israel marks end of an era

Bennett, meanwhile, described the upcoming meeting as important. His office said the men "will discuss a series of diplomatic, economic and security issues, especially the Iranian nuclear program."

The meeting next week will be the first between the American and Israeli leader – and Bennett's first diplomatic trip as prime minister – at a sensitive time for the security of the Middle East.

Monday: Pakistani Foreign Minister Shah Mahmood Qureshi is likely visiting Kabul amid the Afghan crisis; International Day for the Remembrance of the Slave Trade and its Abolition.