Imports beat the 19.8 percent growth estimate by Reuters, which said "concerns over the Omicron variant weighed on the outlook," increasing by 11.1 percentage points from the figure in October to reach $253.81 billion. 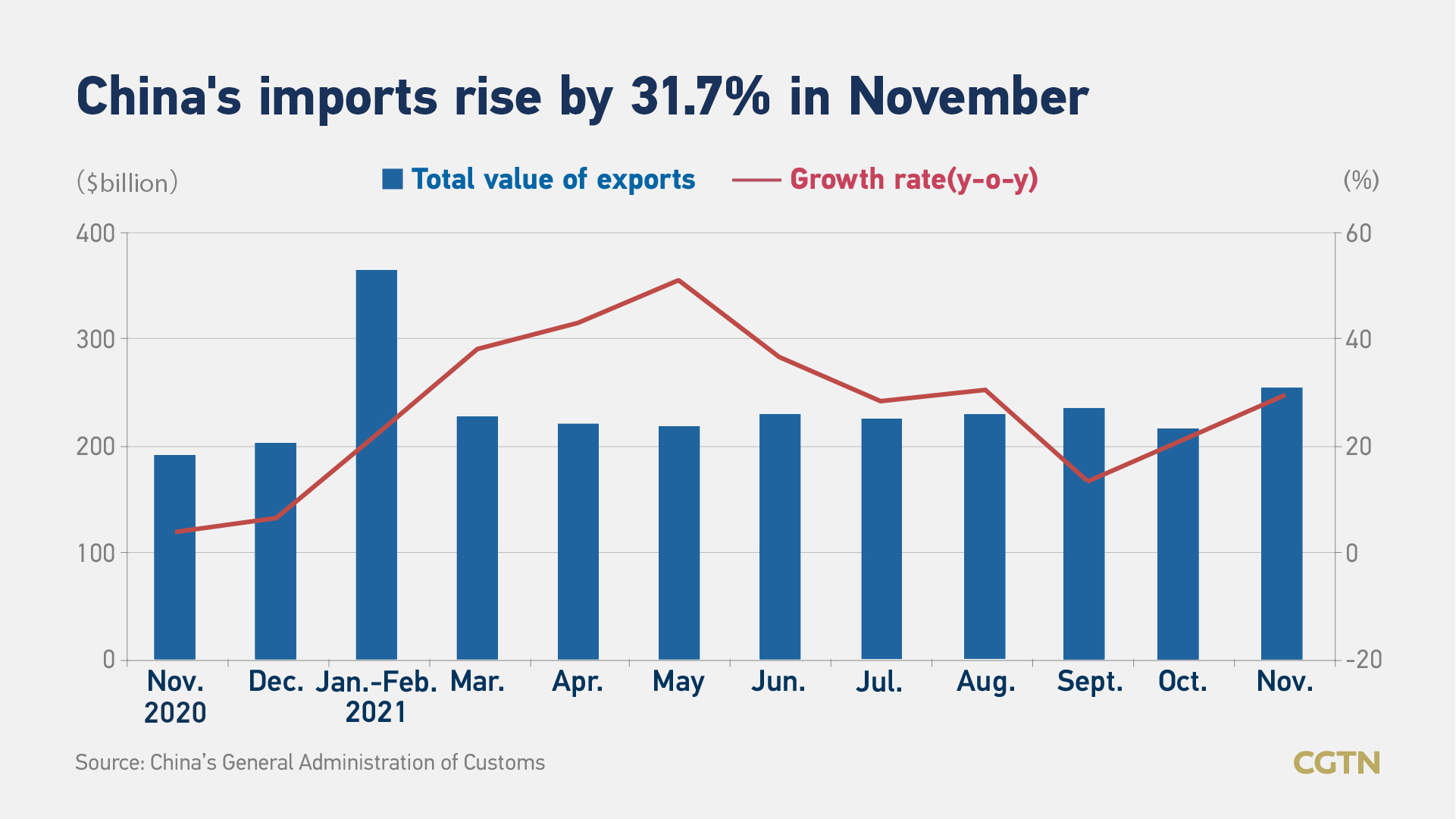 The strong import growth might be "a result of both surging import prices, smaller contractions after several months of destocking, and a jump in coal imports to alleviate the coal shortage," Lu Ting, Normura's chief China economist, said in a note viewed by CGTN.

But coming into November, the situation eased thanks to a string of government measures to ensure production and stabilize raw material prices.

Also beating Reuters' forecast of 19 percent, the country's exports last month rose by 22 percent to $325.53 billion, according to China's General Administration of Customs (GAC), as manufacturing recovered from the power crunch. 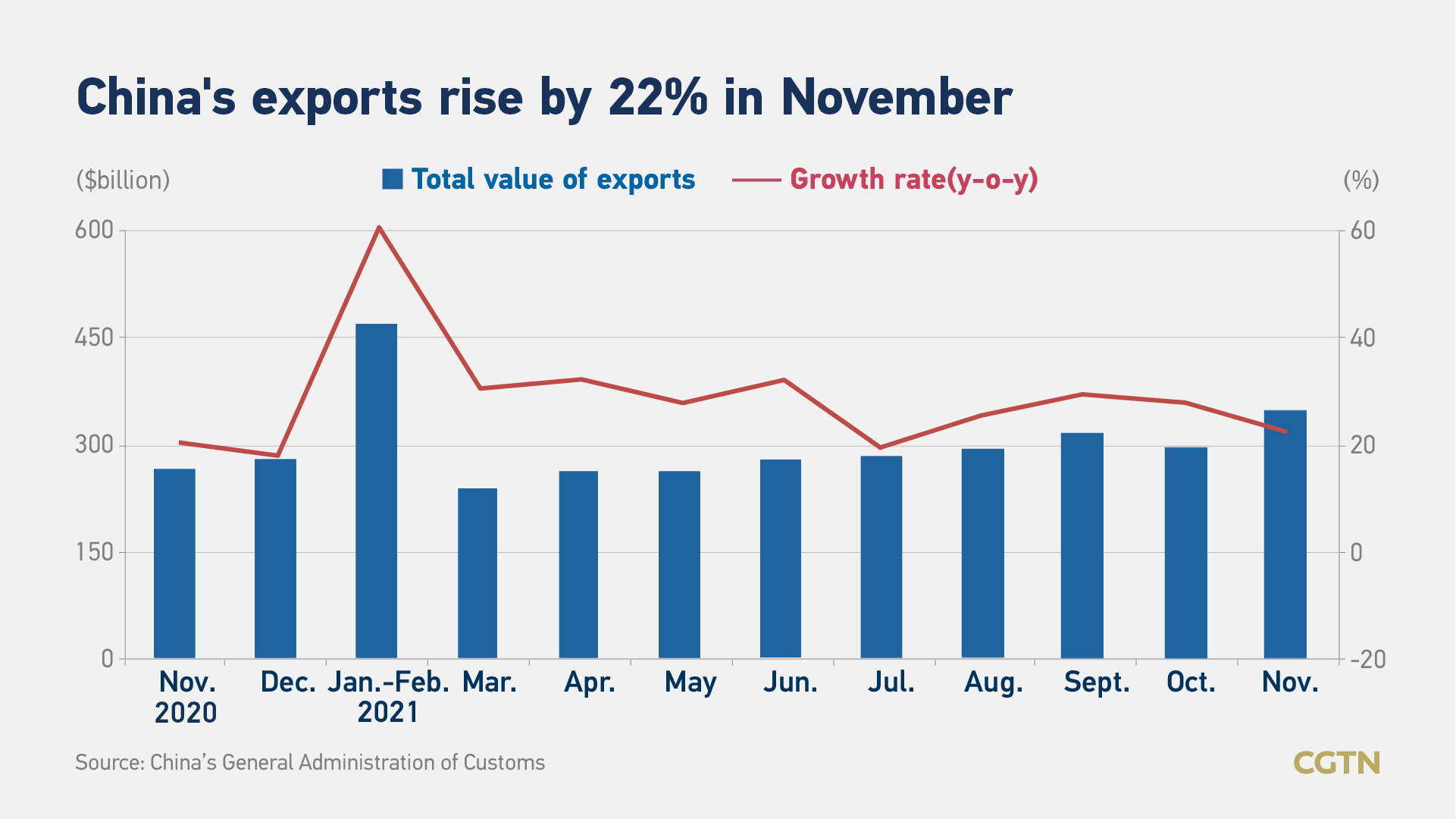 The official manufacturing Purchasing Manager's Index rose to 50.1 in November, the first expansion after 49.2 in October and 49.6 in September, data from the National Bureau of Statistics showed last week.

The robust export growth might be a result of the resurgence of COVID-19, Lu said, suggesting the global demand for personal protective equipment might have increased.

As China donated millions of COVID-19 vaccine doses to countries like Belarus, Nepal and Myanmar in November, the export of aid and material donations rose 464.7 percent compared to the same period last year, GAC data shows.

However, the 22-percent export growth is lower than October's 27.1 percent growth.

The "real export growth has dropped into single digits" in yuan terms if producer price index inflation over recent months is taken into account, Lu warned.

"Since export growth contributed nearly half of the 4.9 percent YoY GDP growth in Q3, a slowdown in real export growth could prompt Beijing to ease its policy stance," said Lu.

On Monday, China's central bank announced to cut reserve requirement ratio by 50 bps from December 15 to bolster the real economy, which will release $190 billion in long-term liquidity.

Lu said he believes "a bigger slowdown in export growth is inevitable," and that more easing measures in China will be seen.

A meeting of the Political Bureau of the Communist Party of China (CPC) Central Committee on Monday noted China's macroeconomic policies next year "must be stable and effective."

"A prudent monetary policy must be flexible and appropriate in keeping liquidity reasonable and sufficient," according to the meeting.