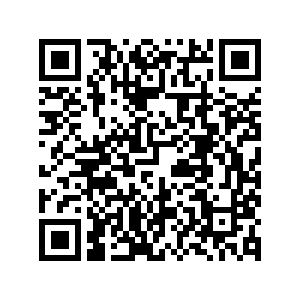 It's Day 81 and I still haven't gotten off the struggle bus.

The adrenaline-fueled fight scene, on which hinges the success of the play "At The Crossroads" (Sanchakou), still looks awkward. I've nailed down the moves but the execution is lackluster and fumbled.

I'm able to dodge the flying fists and blocking the sword strikes only by the grace of my scene partner Yu Huikang. He's going easy on me but I better step it up, otherwise, the highlight of the show will be a guaranteed snoozefest.

Ren Tanghui, the character I'm portraying, is a fearless battle-hardened warrior with immaculate swordsmanship – and I just can't relate. To be honest, I know little about him and from what I know, we're nothing alike. And so it's been a real challenge for me to channel his energy and bring him to life.

My teacher, Zhu Lingyu, has a way to get me in character, and it involves having me write an essay. It is rather unconventional but then again, nothing about this intensive course has been conventional. So why start now? Being the good student I am, I begrudgingly oblige.

My laoshi (teacher) also has a couple other tricks up his sleeve to get me to master the multifaceted art of illusion that Peking Opera so excels at.

First up, eye expressions. They say the eyes are the window to the soul, but in traditional Chinese drama, they're also a gauge of a performer's skill level. In the opening scene of the play, my character inspects the room in search of possible trespassers and ensures his personal safety. But my peepers are (predictably) lacking in vitality.

For context, the stage is empty (except for a red table that stands for a bed), as is the case with the majority of sets in Peking Opera plays. I'm supposed to examine the premises, bang on walls, lock doors and scan the ceiling beams, but so far, none of that is translating well through my wandering gaze.

Zhu suggests I'd furnish the room in my head and visualize the space I'm inhabiting: The vase in the corner, the color of the walls, the carpet on the floor... The theatrical space in Peking Opera is elastic and can be molded, shaped, deconstructed and reconstructed as one wishes. Dreaming up a virtual world with all its details and intricacies offers a guiding compass for the actor trying to create a make-believe performance.

"Just imagine," Zhu says and something in me clicks. Redoing the scene, the change within me is palpable and my coach swears he could see a sparkle in my eyes. He's sold on my performance.

With one obstacle down, we turn our attention to another issue: Touching the dark or mohei in Chinese (摸黑), a trademark of the play. A few minutes into the performance, my character has to pretend he is feeling his way in the pitch black after blowing out the candle in hand. The premise of the whole piece is that the protagonists are scuffling in the dark, going around the room, searching for the invisible opponent. It's no easy feat given that the stage is brightly lit.

This time, teacher Zhu takes a different route to show me the ropes. Instead of imagining the darkness, he asks me to experience it and hands me a blindfold to place over my eyes and rehearse the scene.

The hesitation arising from the fear of bumping into something (or someone) while moving about alters the body's posture. The legs become bent, arms stretched out but tense and steps slow and unsure. And just like that, the position I needed to adopt to convince the audience that I'm swallowed in blackness reveals itself naturally.

It's been a busy week with all assignments Zhu laoshi has given me, but I still found time to repay his kindness.... and get my revenge – a pop quiz to test my teacher's linguistic skills. Now we're both in the same boat! *cue evil laugh*