Download
July 7 Incident 85 years on: Is Japan getting bellicose again?
By Wang Lei 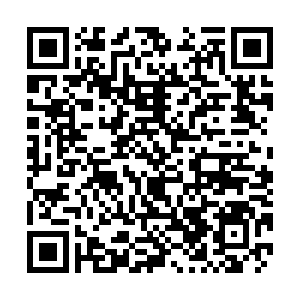 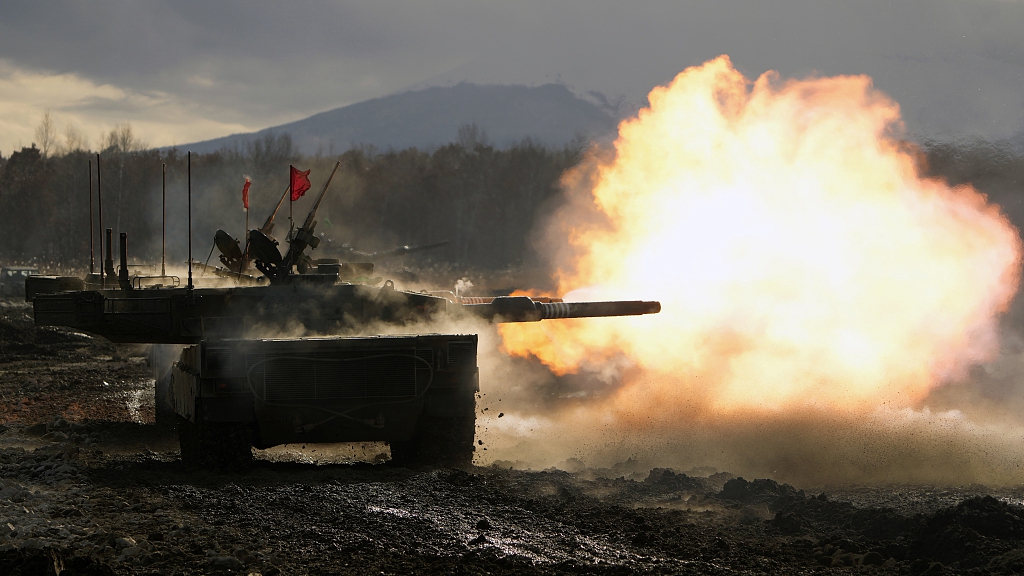 A Type 90 tank of the Japan Ground Self-Defense Force fires at a target during a live-fire annual exercise at the Minami Eniwa Camp in Eniwa, Hokkaido, Japan, December 6, 2021. /CFP

A Type 90 tank of the Japan Ground Self-Defense Force fires at a target during a live-fire annual exercise at the Minami Eniwa Camp in Eniwa, Hokkaido, Japan, December 6, 2021. /CFP

As the Chinese people mark the 85th anniversary of the Lugou Bridge Incident (also known as the July 7 Incident), China-Japan relations are at a new crossroads amid various risks and challenges.

On July 7, 1937, Japanese soldiers attacked Chinese forces at the Lugou Bridge southwest of Peiping (today's Beijing), marking the start of Japan's full-scale invasion of China and China's whole-nation resistance against the invaders.

Eighty-five years after the incident and 50 years after the normalization of diplomatic relations between China and Japan, the danger of a return to militarism in Japan has not gone away. It is rising again as right-wing politicians attempt to rearm the country and closely follow Washington to engage in bloc confrontation.

Graphics: China's contribution and loss in War of Resistance Against Japanese Aggression

Why China hasn't forgotten about the war against Japanese aggression

Given Japan's role in World War Two, its postwar Constitution promulgated in 1946 has outlawed war as a means to settle international disputes involving the state and is known as the "pacifist constitution."

"Aspiring sincerely to an international peace based on justice and order, the Japanese people forever renounce war as a sovereign right of the nation and the threat or use of force as means of settling international disputes," Article 9 of the Constitution says, in pledging that "land, sea, and air forces, as well as other war potential, will never be maintained."

For years, right-wing Japanese politicians have been attempting to revise the constitution and get rid of its constraints.

Toshimitsu Motegi, secretary general of the ruling Liberal Democratic Party (LDP), recently expressed hope of starting a move in parliament to amend the constitution after the Upper House elections on July 10.

"After the election, we want to, as quickly as we can, propose to the Diet constitutional revisions and have the proposed changes initiated," Motegi said in an interview with media outlets in Tokyo on June 20. 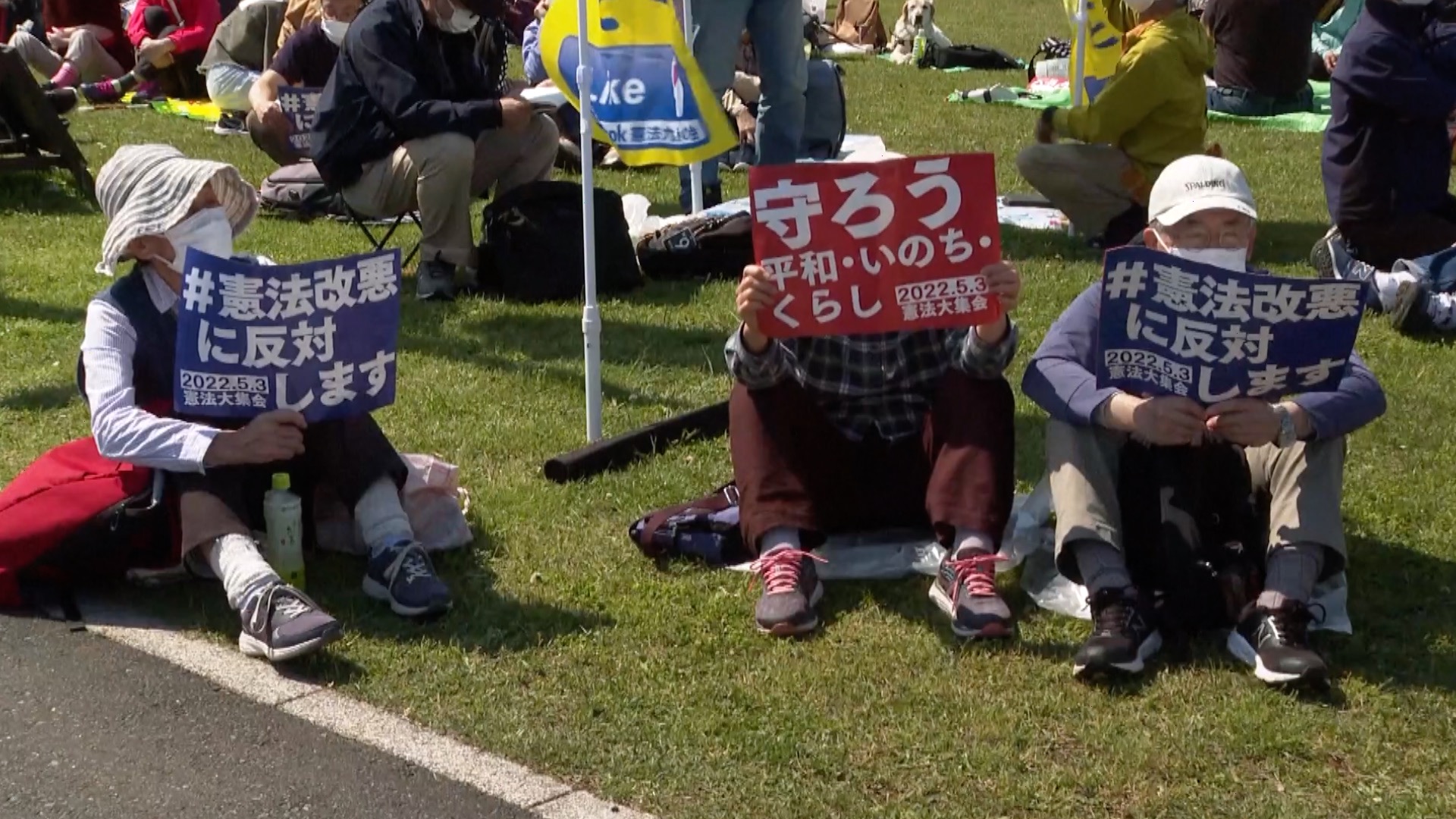 Japanese Prime Minister Fumio Kishida said at the 19th Shangri-La Dialogue in Singapore on June 10 that his government will "boost Japan's diplomatic and security role in the region."

"I am determined to fundamentally reinforce Japan's defense capabilities within the next five years and secure a substantial increase of Japan's defense budget needed to effect it," Kishida said, adding that Tokyo "will not rule out any options, including so-called 'counterstrike capabilities.'"

The LDP aims to sharply increase Japan's defense spending from about 1 percent of its gross domestic product (GDP) to 2 percent of GDP – the level of members of the North Atlantic Treaty Organization (NATO).

Nobuyoshi Takashima, professor emeritus at the University of the Ryukyus and a historian, warned against attempts to revise the pacifist constitution and boost defense spending.

In a recent interview with China Media Group (CMG), Takashima said the pacifist constitution was a pledge that Japan made to the international community after reflecting on its invasion of Asian countries. If the constitution is amended, countries in the region will be alarmed by the possibility that Japan could launch wars again, he said.

Besides taking steps to rearm itself, Japan has been strengthening its military alliance with the United States and playing an active role in U.S.-led blocs and mechanisms. It has also embraced Washington's "Indo-Pacific" strategy.

Last week, Kishida became the first Japanese prime minister to attend a NATO summit. He called for a significant upgrade of Japan's ties with the bloc at the gathering in Madrid, Spain.

Kishida said his presence at the summit, alongside leaders from Australia, New Zealand and South Korea, showed that the security of Europe couldn't be separated from that of the "Indo-Pacific." He said unilateral attempts to "change the status quo by force" continue in the East and South China seas.

NATO must desist from seeking to destabilize Asia 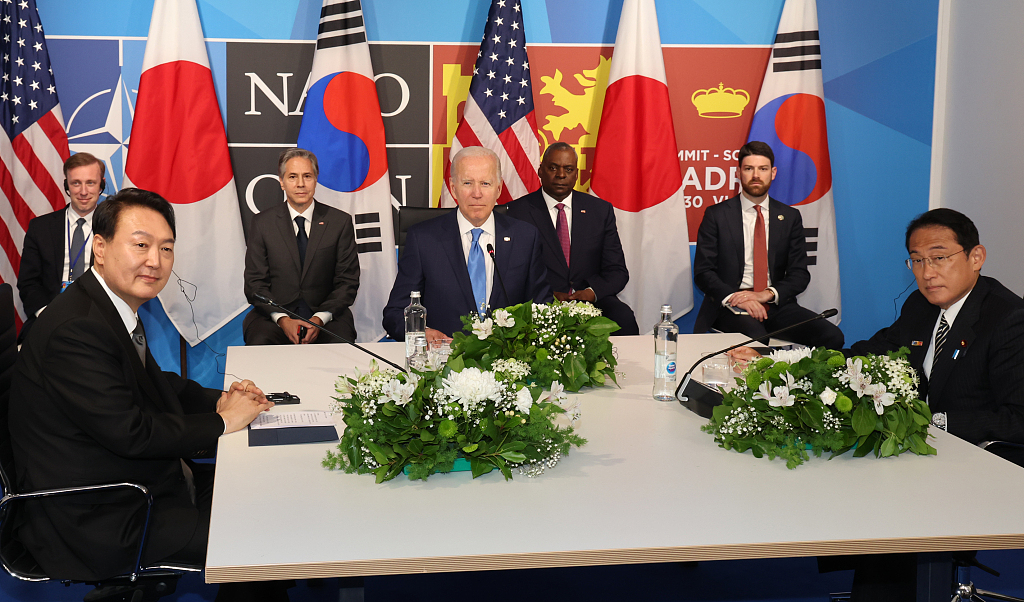 China criticized Kishida's remarks and warned against "NATO's foray into the Asia-Pacific."

"While claiming itself to be against changing the status quo by force, Japan is actually looking for excuses to justify its own military buildup," Chinese Foreign Ministry spokesperson Zhao Lijian said on July 1, urging Japan to "seriously reflect upon its history of militarist aggression" and "draw lessons from it."

"It seems Japan intends to spearhead NATO's foray into the Asia-Pacific. This is driven entirely by selfish interests and a Cold War mentality. It will only stoke bloc confrontation and create antagonism and division in the region," Zhao said.

Minoru Morita, a Japanese political analyst, said Kishida is making a big mistake by moving closer to NATO, describing the policy change as "ignorant" and "dangerous."

"As an Asian country, Japan should strive to promote peace in Asia, but it is doing exactly the opposite," Morita told CMG recently.

An earlier improvement in China-Japan relations has stalled during the past two years, as Tokyo escalated rhetoric about the so-called "China threat" and repeatedly played the "Taiwan card." Tensions have also risen over the Diaoyu Islands.

In a draft proposal submitted to the Kishida administration in April, a special panel on national security within the LDP described China as a "grave threat" to Japan's security for the first time.

Japan's right-wing Sankei News reported last month that the Japanese government is expected to dispatch a serving military staff member to work at the Taipei office of the "Japan-Taiwan Exchange Association" as early as this summer. It would be a structural change in Japan's attitude and policy towards China's Taiwan region, analysts say.

Rong urged Japan to stop playing the "Taiwan card," which he said is "totally unacceptable" to China. He also called on Japan to form a "right" view about the rise of China. 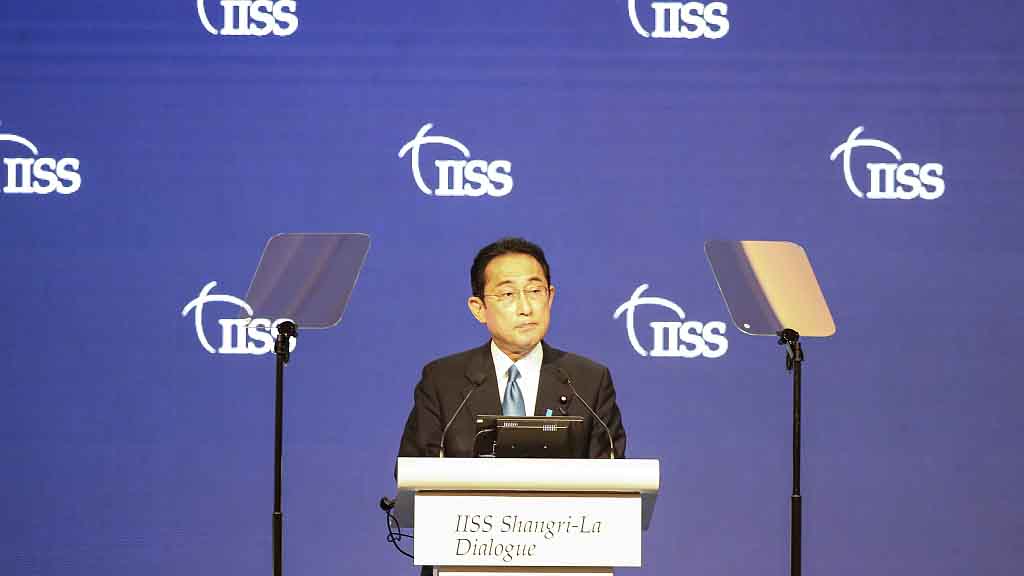 This year marks the 50th anniversary of the normalization of diplomatic relations between China and Japan. Chinese Ambassador to Japan Kong Xuanyou said bilateral ties are at a "critical juncture."

"The current situation facing China-Japan relations remains complex and challenging, featuring both old and new issues, and is at a critical juncture where both countries either forge ahead or drift downstream," Kong wrote in an article published on the CGTN website in March.

He called on the two countries to uphold the principle of mutual respect, properly handle differences, seek mutually beneficial cooperation, and "bring a more mature and stable China-Japan relationship into the next 50 years."

In a virtual meeting with Japanese Foreign Minister Yoshimasa Hayashi on May 18, Chinese State Councilor and Foreign Minister Wang Yi called for efforts to "keep bilateral relations on the right course," stressing that the two countries "should establish a right perception of each other."

Wang urged Tokyo to "prevent the forces attempting to undermine China-Japan relations from gaining ground," and called for joint efforts to "safeguard the valuable achievements made in the past 50 years."