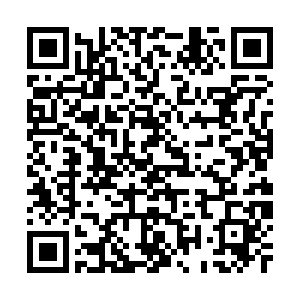 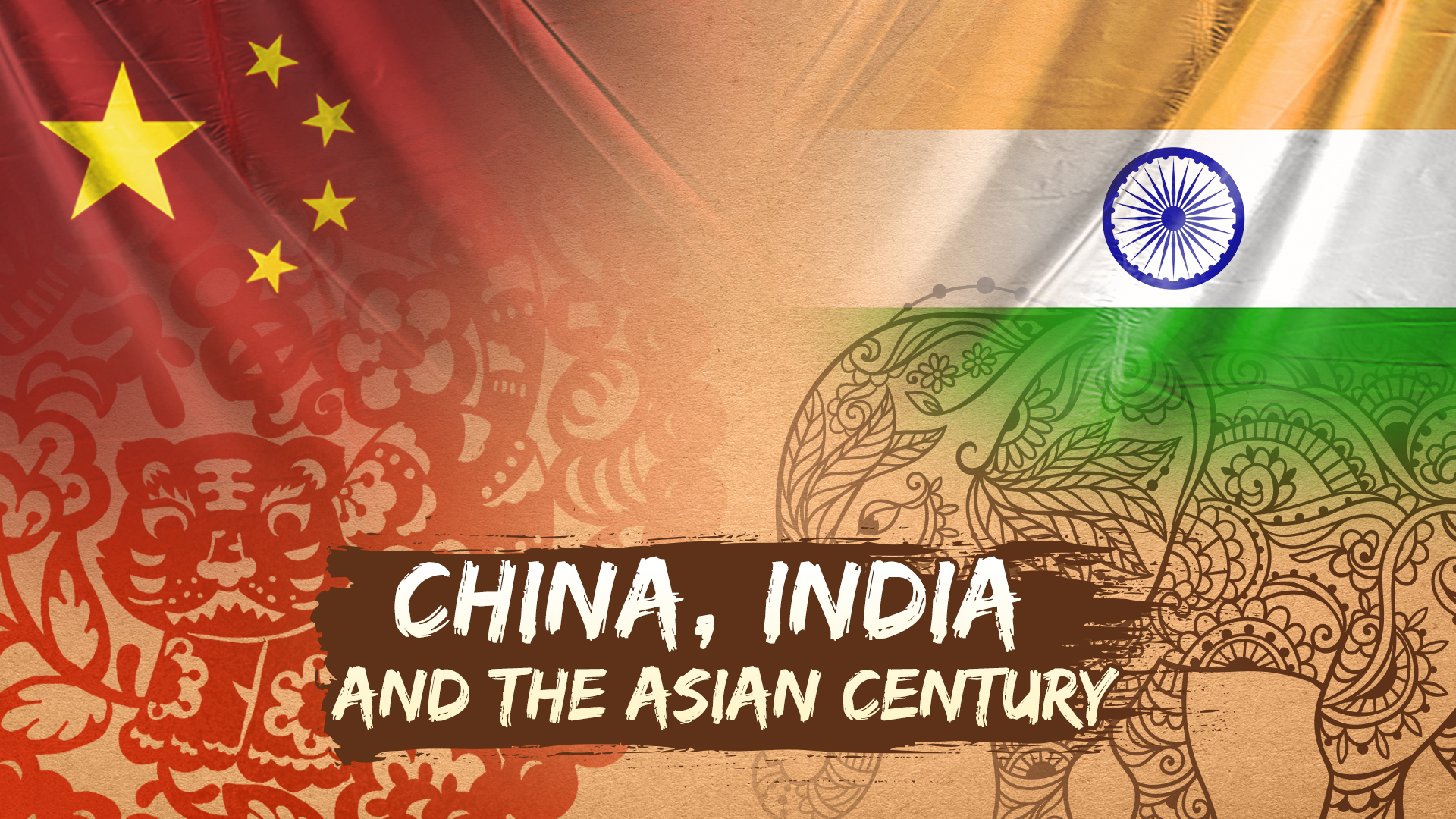 "When we speak of a rising Asia, the term Asian Century naturally springs to mind … It is said that the prerequisite for an Asian Century is an India and China coming together. Conversely, their inability to do so will undermine it … Much of the future of Asia depends on how relations between India and China develop in the foreseeable future."

Thus spoke India's External Affairs Minister S. Jaishankar at the launch of the Asia Society Policy Institute in New Delhi on August 29, 2022. This was the second time in recent weeks that the astute career diplomat now spearheading India's foreign policy reiterated that an "Asian Century" is pivoted on Beijing and New Delhi finding ways to cooperate and rise together.

Earlier on August 18, 2022, delivering a lecture at the prestigious Chulalongkorn University in Bangkok, Jaishankar had expressed similar sentiments. Admitting that China-India bilateral relationship is "going through an extremely difficult phase" at the moment, the Indian minister, however, stressed that "there are many reasons" for the two neighboring countries to come together and realize the vision of an Asian Century.

Jaishankar's speech has been widely welcomed by officials and analysts in China. "A Chinese leader once pointed out that it would not be an 'Asian Century' if China and India fail to get developed, and a genuine 'Asia-Pacific Century' or 'Asian Century' will not come by until China, India and some other neighboring countries have developed," Chinese Foreign Ministry Spokesperson Wang Wenbin said, in response to the Indian minister's remarks.

"China and India are two ancient civilizations, two emerging economies, and two neighboring countries, whose common interests far outweigh their differences. The two sides have the wisdom and capacity to realize mutual achievements, rather than weakening each other," Wang added.

"Jaishankar's speech reemphasizing Asian Century sends a positive signal to the current China-India relations. In the long term, the overall development of China-India relations is cooperation," said Lu Yang, Research Fellow at Tsinghua University's Institute of the Belt and Road Initiative and an Associate Member of the South Asia Institute at the University of Heidelberg.

'The handshake that lasted forever' 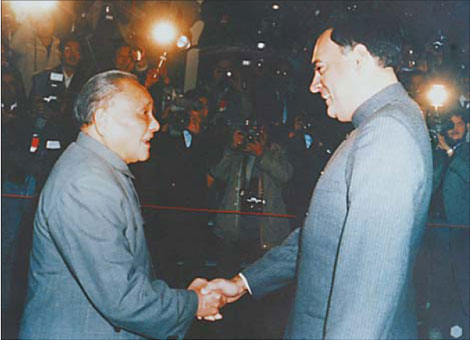 In fact, it was the former Chinese leader Deng Xiaoping who first coined the expression "Asian Century" during his meeting with former Indian Prime Minister Rajiv Gandhi in 1988. Offering a historic context, Lu said the meeting along with Deng's vision marked a new beginning for China-India ties.

"After the 1962 border war, China-India relations entered into a very difficult period and all the diplomatic channels were stopped. Rajiv Gandhi's visit to China was the first [by an Indian prime minister] in 34 years ... Deng's vision – made from a strategic perspective emphasizing development and commonality of India and China and their role in Asia – helped in laying a positive foundation for bilateral relations for the time onward," she said.

Sudheendra Kulkarni, a prominent Indian socio-political activist and an ex-aide to former Indian Prime Minister Atal Bihari Vajpayee, recalled the incident vividly. "I still remember when the two leaders met in Beijing, our prime minister (Rajiv Gandhi) was young, in his early 40s … and Deng Xiaoping was one of the greatest statesmen of the world in the 20th century. He not only transformed China, but also laid the foundation for a new world order," noted Kulkarni.

"The term Asian Century, coined by Deng Xiaoping, was in keeping with their vision that if India and China came together, they can certainly send the Western domination into … the dustbin of history." 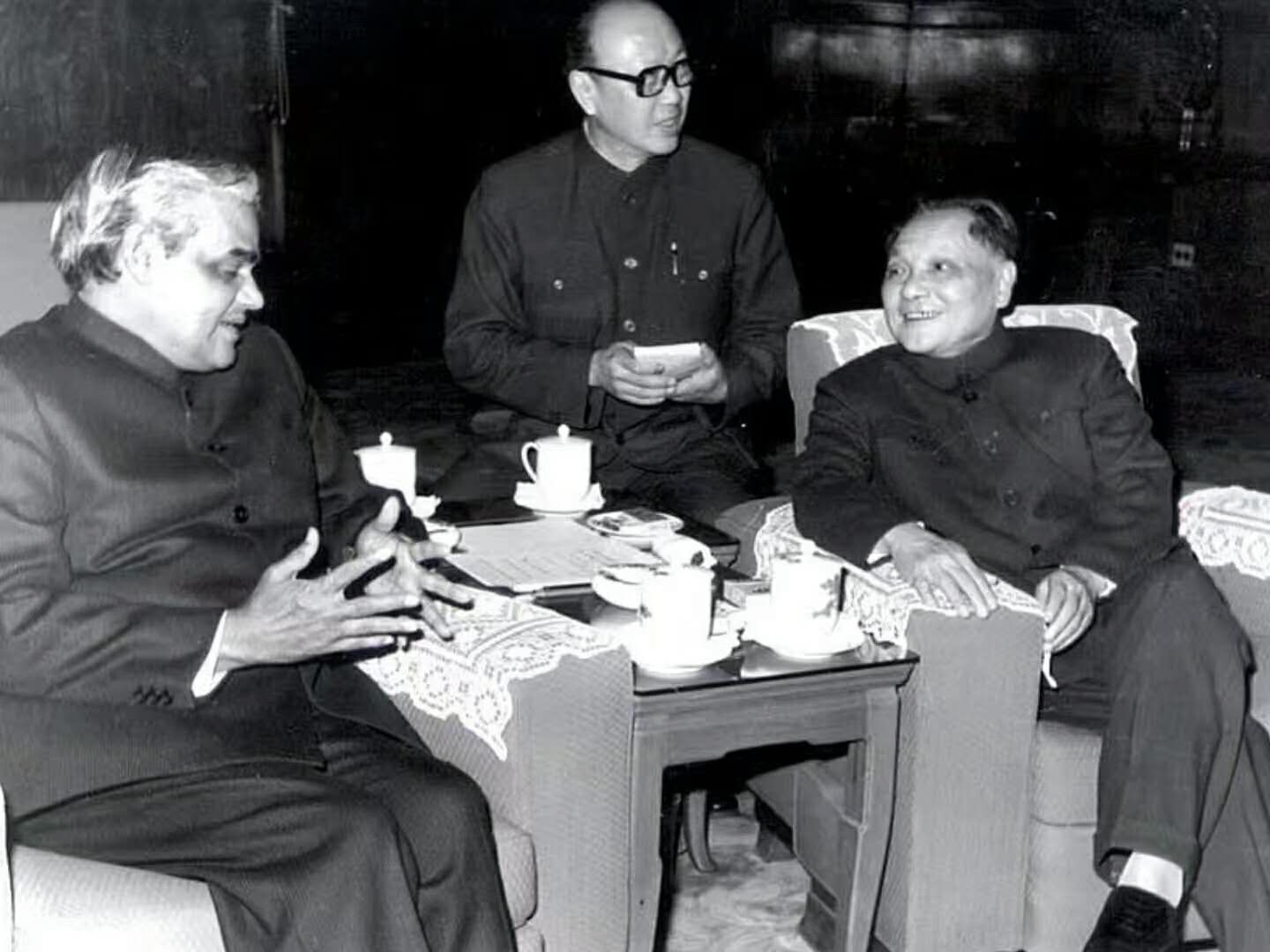 However, amid the frosty bilateral relations, particularly after the June 2020 border clashes, one might wonder how relevant is that vision today?

"Thirty-four years on, Deng's vision is still very relevant today," Lu asserted. "China-India ties are facing challenges, but we should not forget we have differences but also many common grounds. Instead of focusing on differences, common grounds like cooperation for Asian Century should be reemphasized," she remarked.

"Over the years, China and India have maintained a tradition of independence and have jointly advocated the Five Principles of Peaceful Coexistence, which has become a basic criterion for guiding the development of bilateral relations and international relations," Lu added optimistically.

Kulkarni went back further in history to invoke Deng's 1979 meeting with India's then foreign minister, Atal Bihari Vajpayee, who later served as the prime minister who contributed significantly in fostering better relations between the two Asian neighbors.

"It was the first ministerial visit to China after the unfortunate 1962 border war. But when Atal Bihari Vajpayee went to Beijing, Deng Xiaoping made a profound observation. He said that let us keep the resolution of the border issue to future generations but let the bilateral relations not be held hostage by the border issue," he recalled.

Kulkarni opined that Deng's two historic meetings with the Indian leaders – Vajpayee and Rajiv Gandhi – laid the foundation of bilateral cooperation and the vision of an Asian Century. "And that is what is being reiterated by our current foreign minister Jaishankar," he said underlining the continuing relevance of the idea. 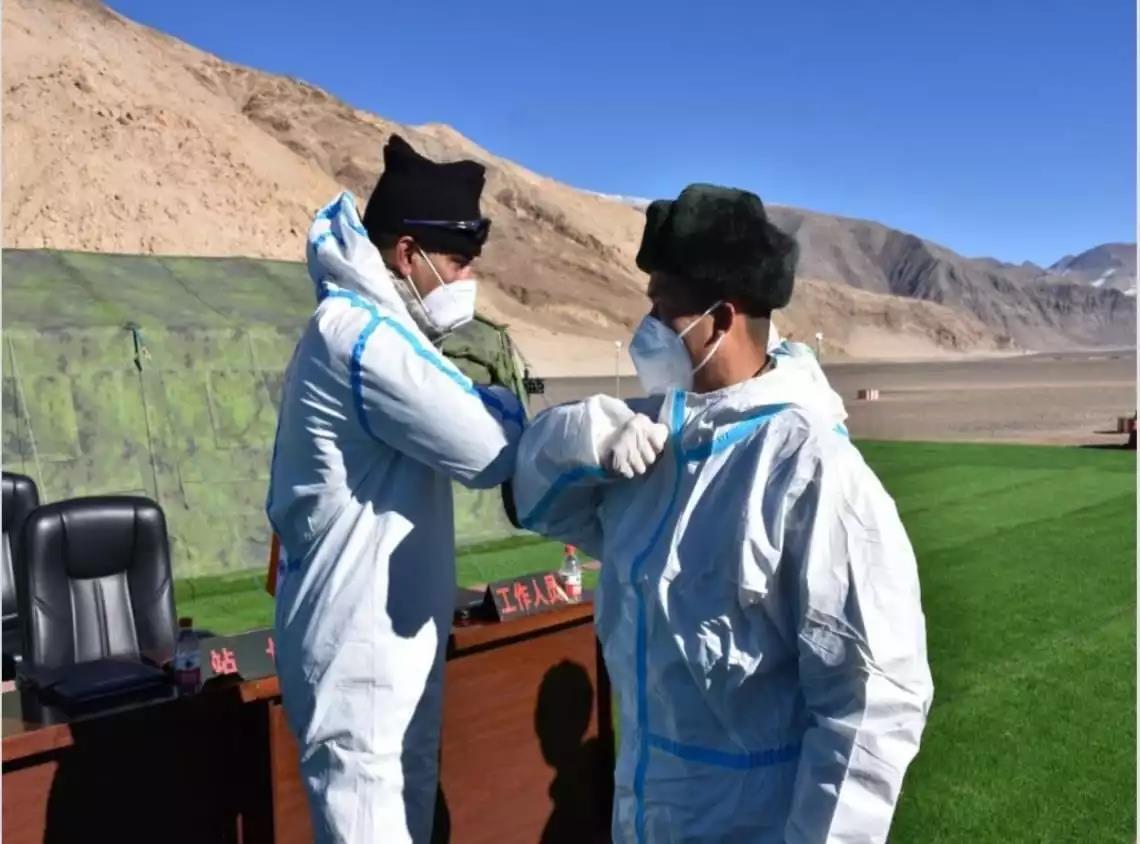 Chinese and Indian soldiers exchanged pleasantries and sweets at several locations along the Line of Actual Control (LAC) to mark the New Year on January 1, 2022. /Open source photo

Chinese and Indian soldiers exchanged pleasantries and sweets at several locations along the Line of Actual Control (LAC) to mark the New Year on January 1, 2022. /Open source photo

Admitting that the border issue between China and India remains a difficult challenge, Lu reiterated Beijing's official position that it should be placed "in an appropriate place" and should not define the overall nature of bilateral relations.

She noted however that the current situation along the China-India border is "generally stable," observing that diplomatic and military communication channels between the two sides remain open and positive. "Recently, China and India held the 16th round of military talks and issued a joint statement. They continued to discuss the relevant issues on the western section of the border in a constructive and forward-looking way."

Acknowledging the complex nature of relations between the two nations, the Chinese political analyst called for patience on both sides to iron out the differences. "We should not ignore that efforts to break the stalemate continues," she said, citing Chinese State Councilor and Foreign Minister Wang Yi's surprise visit to New Delhi in March this year.

Kulkarni, meanwhile, also drew attention to certain "external environment" that influences the China-India relations today. "The U.S. is deeply concerned by China's rise and worried that the days of its own domination of world affairs are coming to an end. As a result, the U.S. and other Western powers want to contain China and are trying to pull India in some kind of an anti-China coalition," he said, explaining the rationale behind the founding of Quad.

He warned the Indian government and his own countrymen "to be extremely wary of the designs of the West" and pushed New Delhi to "keep differences aside and establish good-neighborly, cooperative, friendly relations with our great neighbor China." 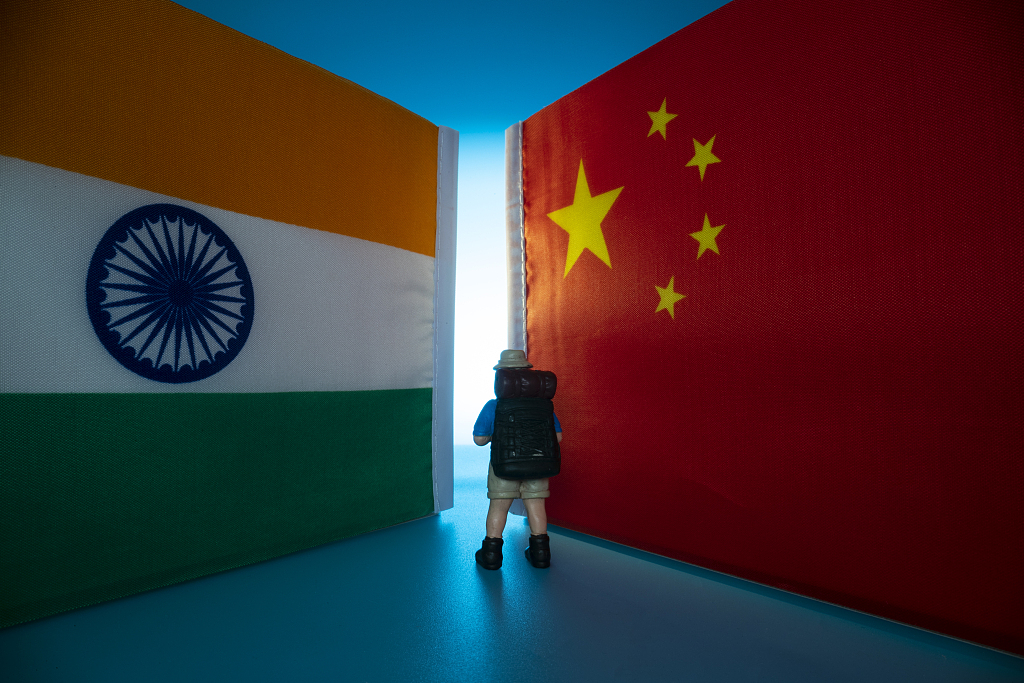 As two of the leading non-Western powers, China and India often take similar positions on geopolitical issues such their opposition to Western military actions in third countries; imposition of unilateral sanctions; and on climate change as evident by their voting patterns in the United Nations. /CFP

As two of the leading non-Western powers, China and India often take similar positions on geopolitical issues such their opposition to Western military actions in third countries; imposition of unilateral sanctions; and on climate change as evident by their voting patterns in the United Nations. /CFP

Despite their differences, China and India converge in their commitment to a multipolar world order and shared interests in multilateralism and improving global governance. As two of the leading non-Western powers, Beijing and New Delhi have often maintained similar positions on geopolitical issues such their opposition to Western military actions in Iraq and Syria; imposition of unilateral sanctions against Iran and Russia; and on the matter of climate change as evident by their voting patterns in the United Nations.

Many in the West found it surprising that both China and India maintained an identical non-aligned position in the ongoing Russia-Ukraine conflict, resisting the pressures from Western capitals to pick sides. On the other hand, Jaishankar's criticism of Eurocentrism was much lauded in China, including by Wang Yi, in a sign of thawing of ties amid mutual recognition of common interests.

"Western countries are the rule makers in current international system. India is also an independent international actor, whose interests are different from the Western countries. As two major emerging economies and two largest developing countries, India and China share the vision of a multipolar world and an international order that can better accommodate the interests of developing countries," remarked Lu, explaining why Jaishankar's statement and India's stand in the Russia-Ukraine conflict resonated positively in China.

"Previously, the narrative that India has joined the U.S. to contain China and deviated from its non-aligned position is dominant in Chinese media and in scholarly work. This time, more Chinese have become aware that India is also pursuing an independent foreign policy, just like China," she elucidated.

Kulkarni felt that the need of the time is to focus on the areas of convergence between China and India moving away from the areas of divergence that dominate the media landscape. "Both Chinese and Indian media shall take the lead in projecting what we are already doing together on various geopolitical issues, on climate change, and on multilateral organizations such as BRICS and Shanghai Cooperation Organization," he contended.

Lu noted that with the simultaneous rise of both China and India, global governance is witnessing an Asian moment. "We have a history of exchanges over thousands of years, and friendly cooperation has, for most of the time, been the mainstream. The respective national rejuvenation of China and India will have a significant and far-reaching impact on Asia and the world at large."