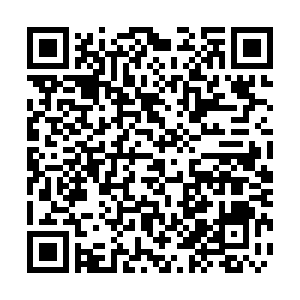 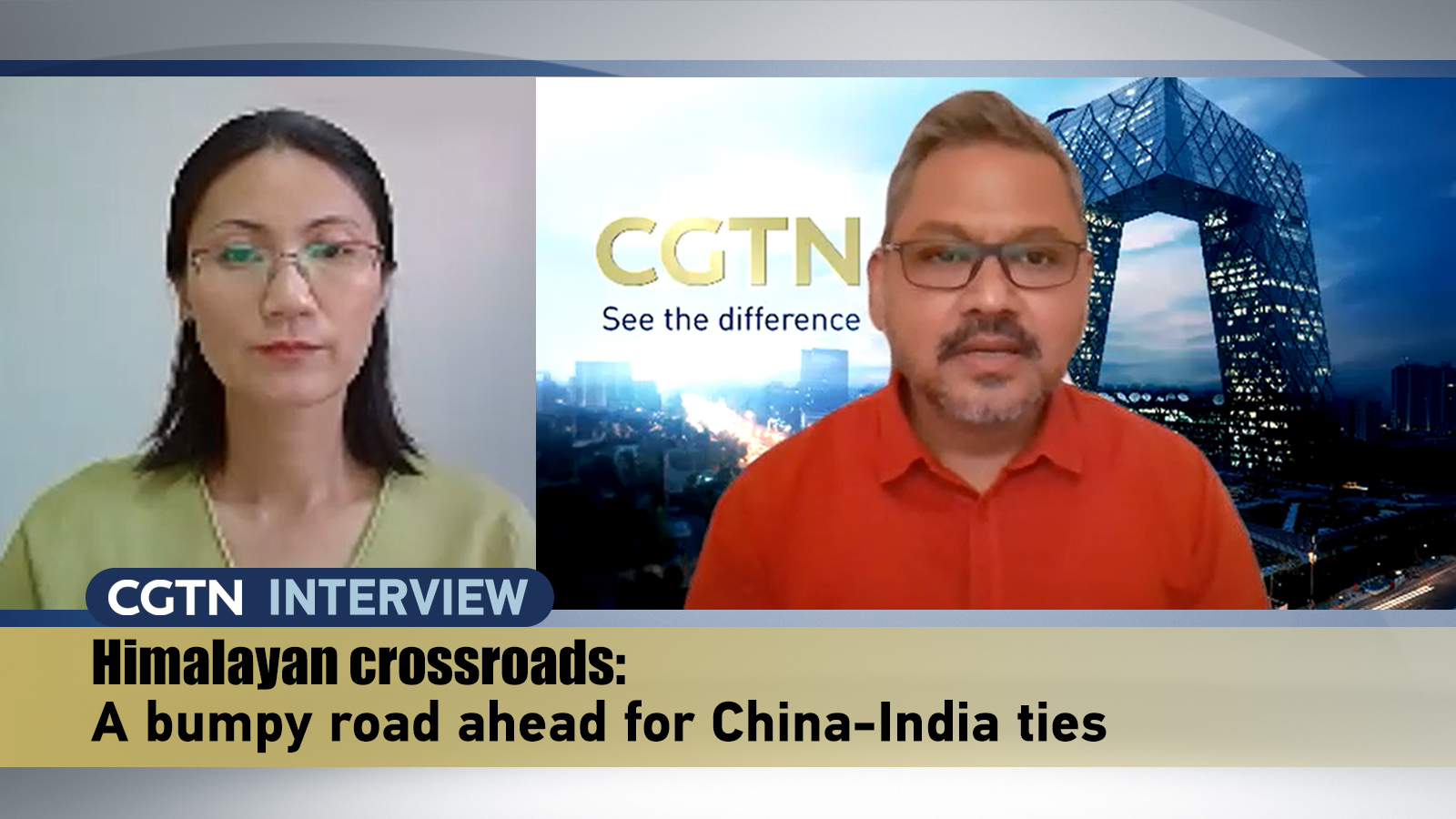 It has been a little over a month since Chinese and Indian troops clashed on the disputed western sector of their Himalayan border, formally known as the Line of Actual Control (LAC). The situation appears to have calmed down at the border with both sides expressing their commitment to disengage and de-escalate.

However, the Galwan Valley clash – the worst between the two militaries in over four decades – has cast a shadow on bilateral ties, ironically in a year that marks the 70th anniversary of the establishment of Sino-Indian diplomatic relations.

Some say the incident might push India away from China and closer to the U.S. amid a shifting geopolitical landscape triggered by the COVID-19 pandemic. Others have expressed fears of a trade war between the two Asian giants after India decided to tighten import procedures for Chinese goods while also banning Chinese mobile apps.

To understand the diplomatic and economic fallout of the Galwan Valley clash and future direction of China-India ties, CGTN Digital's international editor Abhishek G Bhaya spoke with Dr Lu Yang, a research fellow at Tsinghua University's Institute of the Belt and Road Initiative and an associate member of the South Asia Institute at the University of Heidelberg.

Abhishek G Bhaya: How do you see China-India relations today in the aftermath of last month's border clash?

Lu Yang: India and China relations are now at a very low point because of the death of Indian soldiers. Strong nationalist sentiment in public opinion has put the Indian government under high pressure. A series of actions taken by the Indian sides in dealing with so-called Chinese threat, for example, banning 59 Chinese mobile apps ... has drawn a lot of attention worldwide. The possibility of an India-China trade war has also been widely discussed.

China is very cautious and low-profile in dealing with the incident this time, unlike during the Doklam crisis. The reaction of the Chinese public has remained under control. Now the armies are disengaging as intensive negotiations continue through military and diplomatic channels. Still, there are so many uncertainties in the relations that need our further attention on the involvement along the border.

Bhaya: What is the road ahead for China and India – the two most populous nations that are poised to become the world's largest and third-largest economies in the coming decades? Can we expect a normalization of ties as we saw happening after the 2017 Doklam border standoff?

Lu: The conflict this time would definitely have a great impact on the relations for the foreseeable future. However, both China and India want peace. A lasting military conflict will inevitably negate the impressive achievement that has been made in the relationship. As long as the border situation could be well controlled, the normalization of ties would certainly happen. But this time, it will take longer than the Doklam standoff, both because of the death of the soldiers and the COVID-19 (pandemic) because more damages in bilateral ties have been made, and COVID-19 (pandemic) also makes the situation worse.

Lu: So far the informal summits have proved to be effective in reaching mutual understanding at the top level. Sino-Indian relations have experienced many ups and downs since the 1950s. So, we are grown up. I think, this dialogue would continue. But now, the timing is not very good; it is still at a conflict escalation stage. It will take some time to resume.

If we look at the China-India relations in the past two decades, we have established so many mechanisms in military, diplomatic, strategic and economic [spheres]. If both sides did not have an internal demand to develop our relationship, would there be a need for so many mechanisms? These [mechanisms] indicate that both sides are attaching importance to the relationship.

Bhaya: The border tension seems to be spilling over onto other areas such as bilateral trade and economic activities. What, in your opinion, will be the economic fallout in the short run and long run? Is a China-India trade war imminent?

Lu: It has already spilled over on to economic relations, but it will not become an all-round trade war. In trade relations, India is very dependent on Chinese products. [Banning of Chinese] mobile apps won't affect livelihood of common people in India much but if banning escalates to other products, it will also hurt India's interests. Indian government knows this. China is also restrained in its action in consideration for the importance of the relationship, therefore it hasn't taken any retaliation measures against India.

Indian restrictions on Chinese capital started already before the border clash. These restrictions opposed China's investment to hire more local employees, to be more integrated with local business chains. Chinese investors have become sober now. There was a hype of investing in India. Now, they'll have more considerations of risks and challenges in mind before they enter the Indian market.

Bhaya: Is the COVID-19 pandemic and its impact on global economy, including those of China and India, putting additional pressure on the already strained relations between Beijing and New Delhi?

Lu: That is true. The number of COVID(-19) cases in India is still rising. According to recent Indian reports, the pandemic hasn't reached its peak, and it has hit India's economy severely. Although China is squarely on recovering track, due to sporadic domestic outbreaks and outbreaks overseas, the recovering process will also take a long time. Currently, trade and economic relations are still the main driver of Sino-Indian relations. I think the bilateral relations will recover when both economies get to their normal track and domestic demand starts rising. This would gradually come up maybe by the end of year or even longer. It would go to the next year, I think.

Bhaya: Will this rift also have a bearing on Huawei's foray into India's 5G rollout plans? The UK, under pressure from the U.S., has recently barred the Chinese firm from its 5G networks. Will India take a similar path?

Lu: The UK did so because of the U.S. pressure. This [decision] could be changed again after the U.S. election. The service Huawei provides is in infrastructure building in telecommunications. So many governments would like to choose Huawei at the beginning indicating the importance of the technology and the quality of services. They have changed their positions mainly due to the political considerations and the U.S. pressure, not the services itself.

I think India will make its own judgment in terms of its need of digital development. And sometimes you always have a calculation between security and development. For example, in China, we had benefited a lot from foreign investments. And this makes China's growth story. If China always focused on security considerations in the past and prevented foreign investments, it wouldn't have developed at a pace that it did. So, I think India will make its own judgments in terms of Huawei, in terms of its 5G network and the digital development is anyway very important for India's economy.

Bhaya: In an article that you wrote for the Carnegie-Tsinghua Center for Global Policy just after U.S. President Donald Trump's India visit in February this year, you argued that India's focus on strategic autonomy will ensure that New Delhi remains equidistant from both Washington and Beijing. Many analysts now say that post the Galwan Valley clash, India might be more open to embrace the U.S. Do you think that's a fair assessment?

Lu: The opinion of leaning on the U.S. for security has always existed in India's strategic discourse. Under current circumstance, it is natural that voices of embracing the U.S. are stronger. However, I think India will not ally with the U.S. in a manner that Japan or South Korea did in Asia. Strategic autonomy, national identity and its understanding of its position in the world will keep echoing India's relations with other countries.

It will also have to consider seriously whether the U.S. is a reliable security provider or partner for India? Going by the past, it hasn't been the case and I don't think it will be in the future. The action of the U.S. has become more unpredictable due to the upcoming U.S. election. I think India will be very cautious in taking hasty decisions.

Bhaya: Do you think that India now would be more willing to fully participate in Washington's Indo-Pacific Strategy through a Quadrilateral Security Dialogue involving Australia, India, Japan and the U.S., more commonly known as the Quad? What would that mean for China-India relations?

Bhaya: The border issue between China and India has lingered for several decades now. China has already resolved its border issues with 12 out of the 14 neighbors. While the China-India situation isn't conducive right now, do you think, in the long run, the settlement of the border issue could bring about a paradigm shift in bilateral relations?

Lu: Of course, I hope we can find a good way to solve this most arduous issue in the China-India relations. And I think we need some new thinking both in China and in India. Both sides need to ensure that such military confrontations do not take place. I think because this relationship is so important for both India and China, we should not let the border issue affect our cooperation in other areas.

Although it is a very difficult task to do that, but if the leadership can achieve some understandings then it could happen. More importantly, there should also be some open discussions for the border issues, which means, more materials from the past and more realities could be added under current discourses so that we can have a solution on the Indian border issue.