Spanish moss: Neither Spanish, nor a kind of moss
CGTN 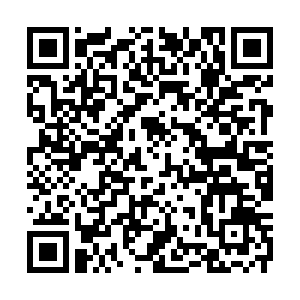 When you hear the name Spanish moss, you probably think the plant is a kind of moss from Spain. But actually the plant is native to South America, Central America and southern United States. Also, it's not a moss, it's a flowering plant in the family Bromeliaceae, which includes around 3,590 known species native mainly to the tropical Americas, such as the pineapple. 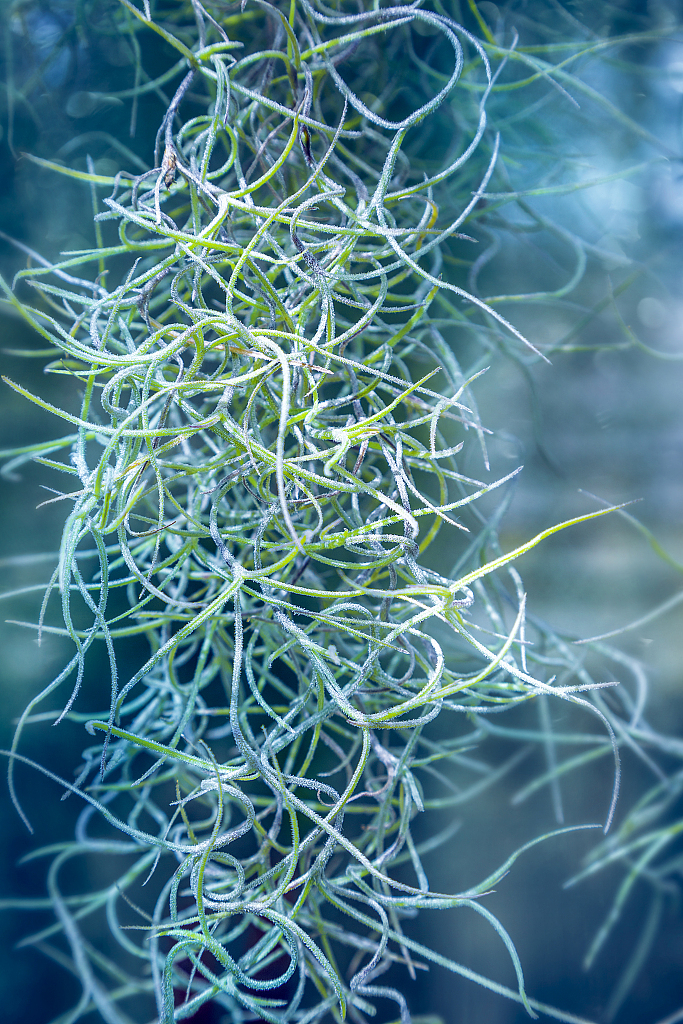 The plant has had a number of different names. When European settlers met this unique plant in South America, the Spanish called it "French hair," and the French called it "Spanish beard." Eventually, the name "Spanish moss," which is derived from "Spanish beard," was passed down and became commonly used today. 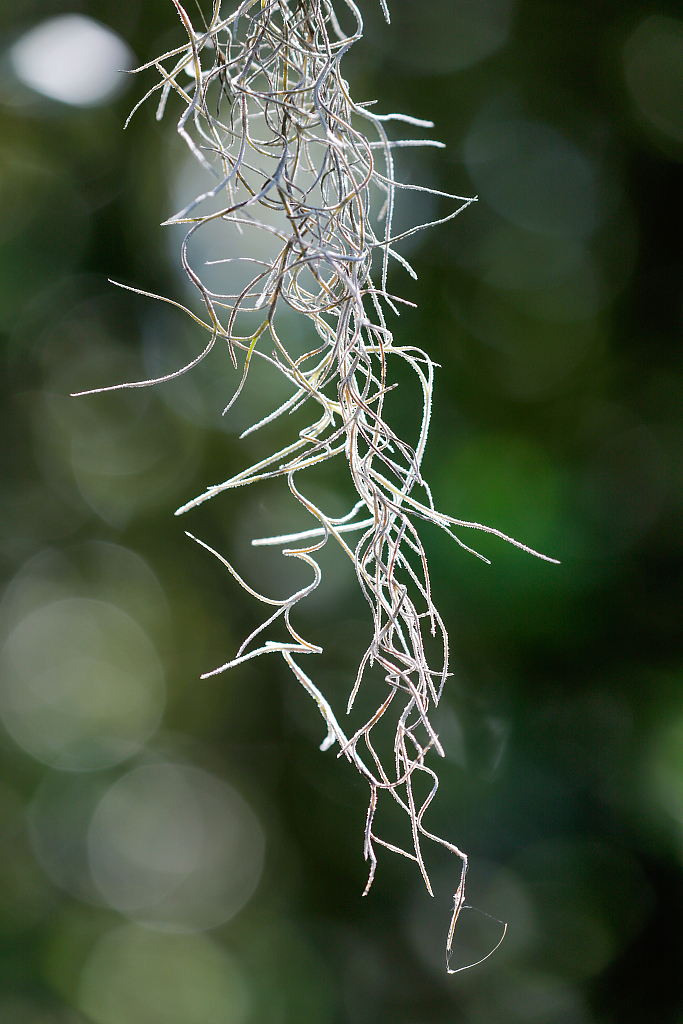 What's more interesting about the plant is it absorbs nutrients from the air. Humidity and rain are very important for Spanish moss to be able to grow. Spanish moss doesn't have roots, it uses scales on its leaves to cling to its host tree.

The plant plays an important role in local biodiversity. Many animals – such as birds, frogs and snakes – make their homes in the mats of Spanish moss.

Here are some photos of this unique plant. 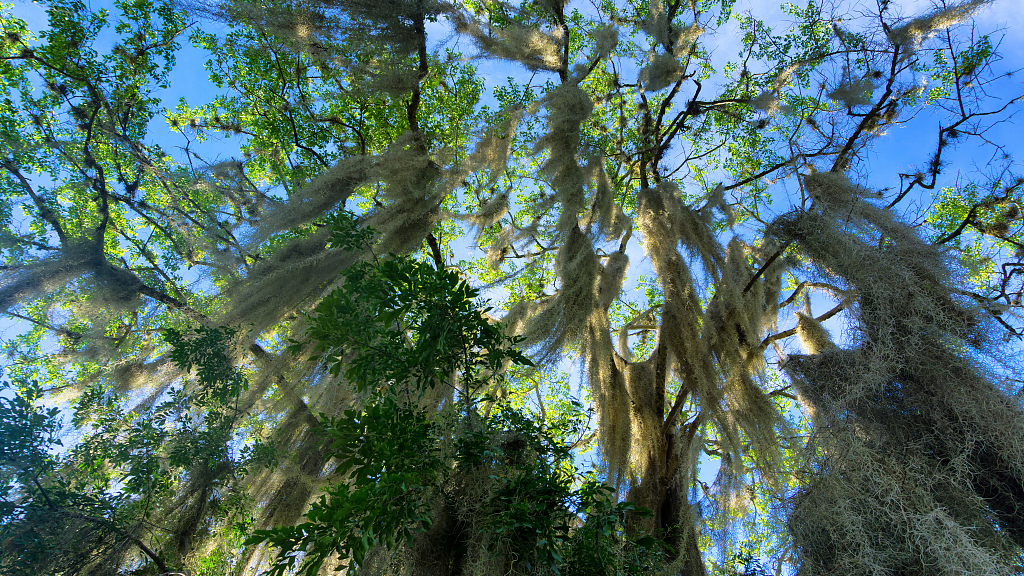 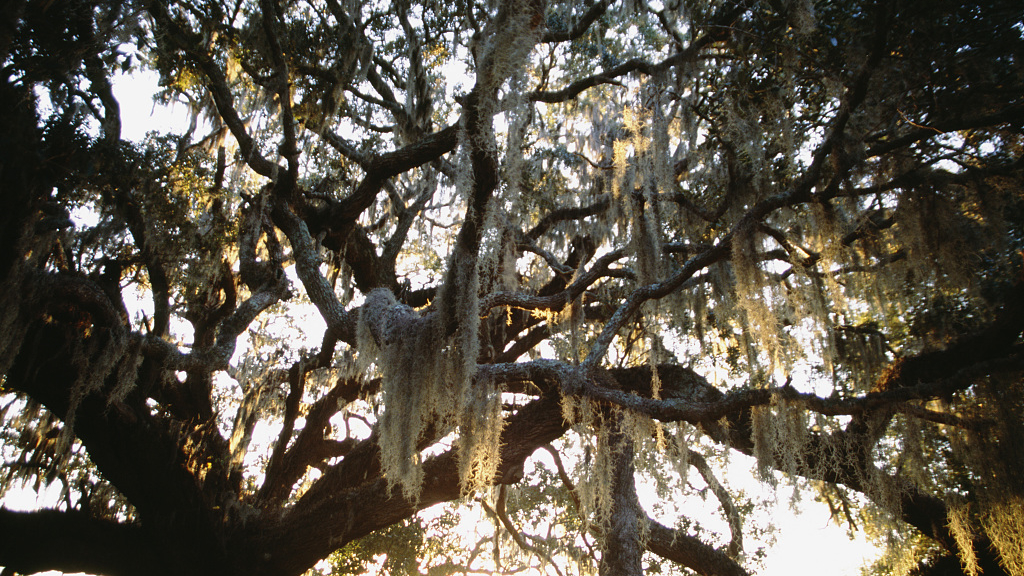 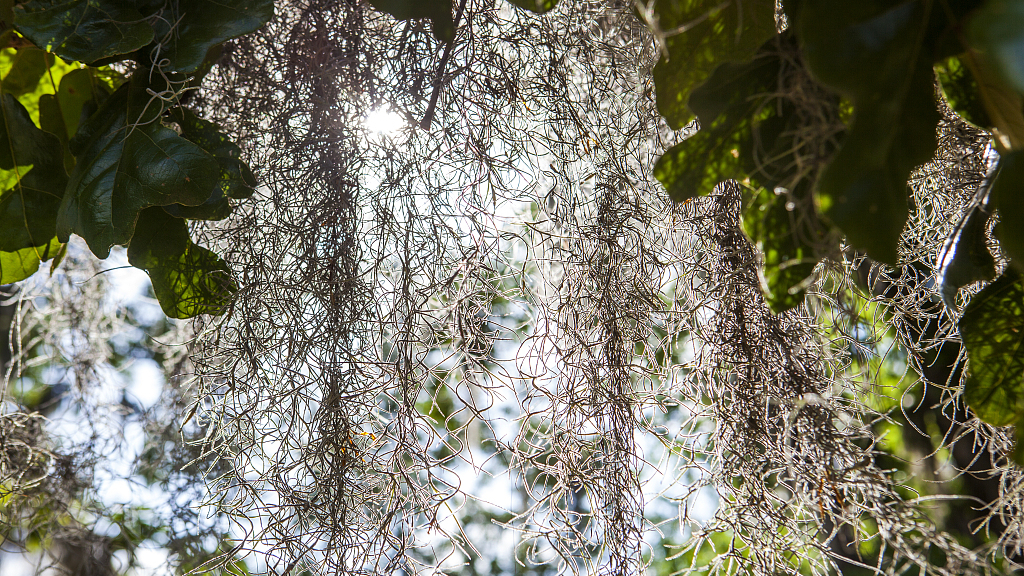 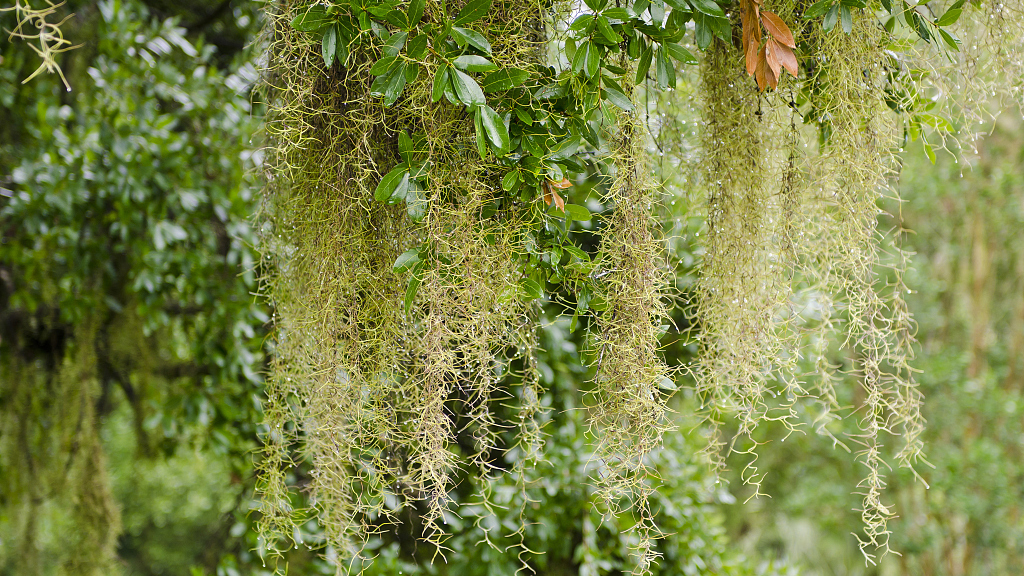 "Plants & Nations" is a series of articles and pictures about common beautiful plants around the world.

Perilla: A plant that is not only delicious!

Wollemi pine trees: A 'living fossil' that is critically endangered

Chinese skullcap: The plant that can treat respiratory infections

What is the most powerful wand in Harry Potter made of?

Did you know marshmallows are actually plants?

Heather: The goddess of Scotland

Why is frangipani so common in Laos?