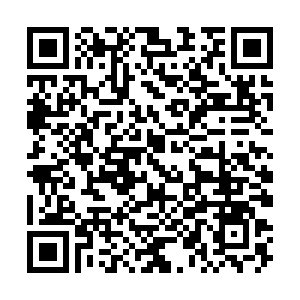 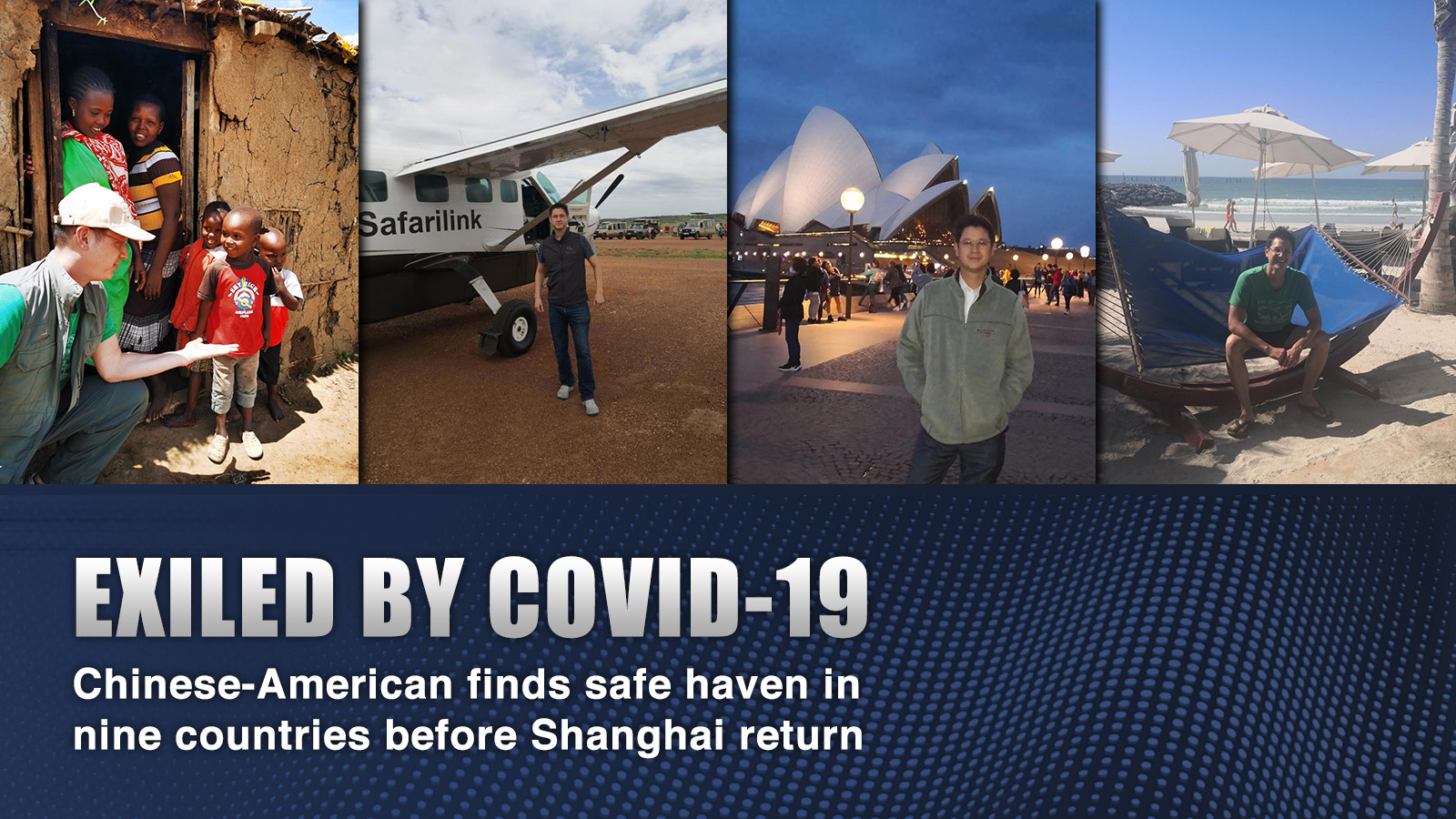 While COVID-19 has severely affected international travel for weeks, with several countries under partial to total lockdown, it had a completely different impact on a Shanghai-based Chinese-American who was literally "exiled" abroad at the early stages of the outbreak and ended up visiting nine foreign destinations in six weeks before returning home last week.

With over 145 countries in the grip of the global pandemic and many nations imposing extreme travel restrictions, international tourism is perhaps the last thing on an individual's mind right now. However, this wasn't the case in late January, when Shaun Rein and his family left for an African safari to celebrate the Chinese New Year holidays.

"When the coronavirus hit China, we had already planned our safari to Tanzania and Kenya. So, actually on January 24, we were on an airplane going to see lions, and rhinoceroses, and elephants in Africa. And so, we went there, and we had a wonderful 10 days," Rein, the founder of the China Market Research Group and an author of three books on China, told CGTN Digital in a WeChat video interview.

Back in China, Wuhan in Hubei Province – the epicenter of the outbreak – was put under lockdown on January 23 but the world hadn't yet grasped the global implication of the contagion. The situation rapidly aggravated over the next week with thousands of cases emanating from different parts of China and a few from abroad persuading the World Health Organization (WHO) to declare COVID-19 a global healthcare emergency on January 30. In the days since, several airlines suspended their flights to and from China.

"We were getting concerned each day as the number of cases in Wuhan and Hubei and the rest of China were slowly creeping up. And then at the end of our safari, on February 6, my wife and son were trying to fly back from Dubai but their Emirates flight to Shanghai was cancelled," Rein said, remembering the first instance he realized that they were stranded.

Rein has lived in China for the past 23 years and authored three best-selling books on the miraculous growth story of the world's second-largest economy.

From Dubai, Rein left for Australia where he had to deliver a speech while his family went to neighboring Oman. Later, his flight from Australia to China was cancelled too. "I went to Melbourne and Sydney and then transited through Bangkok before meeting my family in Oman. And for the last six weeks, we ended up travelling around the Middle East, from country to country to find safe haven. Also, when our visas ran out, we had to move to another country," he said, recalling the days as "exiles" in foreign lands.

"So, for most of the last three and a half weeks, we were actually in the United Arab Emirates (UAE) and a kingdom (emirate) called Ajman. Then we decided that it probably would be safest to come back to China because we've been impressed with how the Chinese government has dealt with the situation," he added. 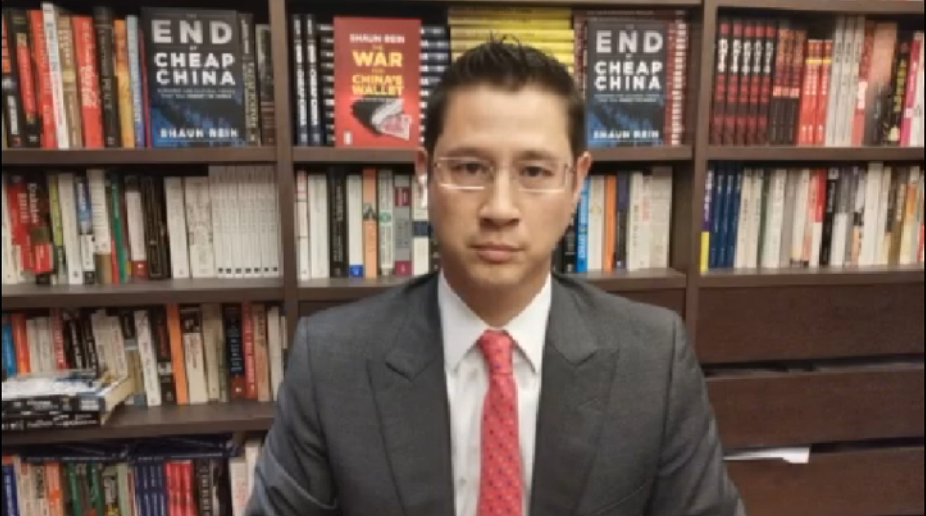 Shaun Rein has lived in China for the past 23 years and authored three best-selling books on China. /CGTN

Shaun Rein has lived in China for the past 23 years and authored three best-selling books on China. /CGTN

Read and watch: Humor and hope: Life during SARS and coronavirus

Rein was conscious about the increasing incidents of anti-China racism in various countries in the aftermath of the coronavirus outbreak, however, he had an entirely different experience in the UAE.

"There's definitely anti-Chinese sentiment and discrimination that's occurring throughout the world. I actually had extended family members that went to Israel and people screamed at them 'you are a virus' and pretended to cough at them," he complained, saying he was extremely concerned and upset about these events.

Rein was quick to add though that he didn't have to face such unpleasantness. On the contrary, Chinese-American was won over by the hospitality of the people living in the UAE. "I have to give credits to the United Arab Emirates, where my personal family did not feel any discrimination. The local people in the UAE, as well as the Pakistanis, Indians and Filipinos who were working there, were very welcoming to us and understanding," he remarked.

Rein made a short visit to the UK before returning back to Ajman.

During his interactions with people in these various places, Rein found that most people were rather casual about COVID-19 before the threat started appearing closer home.

"There was a feeling amongst most people that the coronavirus was a China problem and that it wouldn't spread dramatically or that if it did spread that it was nothing more than the common flu," he said.

"But then slowly as the weeks went by, we saw more panic and experience in different countries. So, first face masks were sold out in Australia. In the United Kingdom, we saw people stocking more canned food and hand sanitizers. The fear started to spread globally," he added. 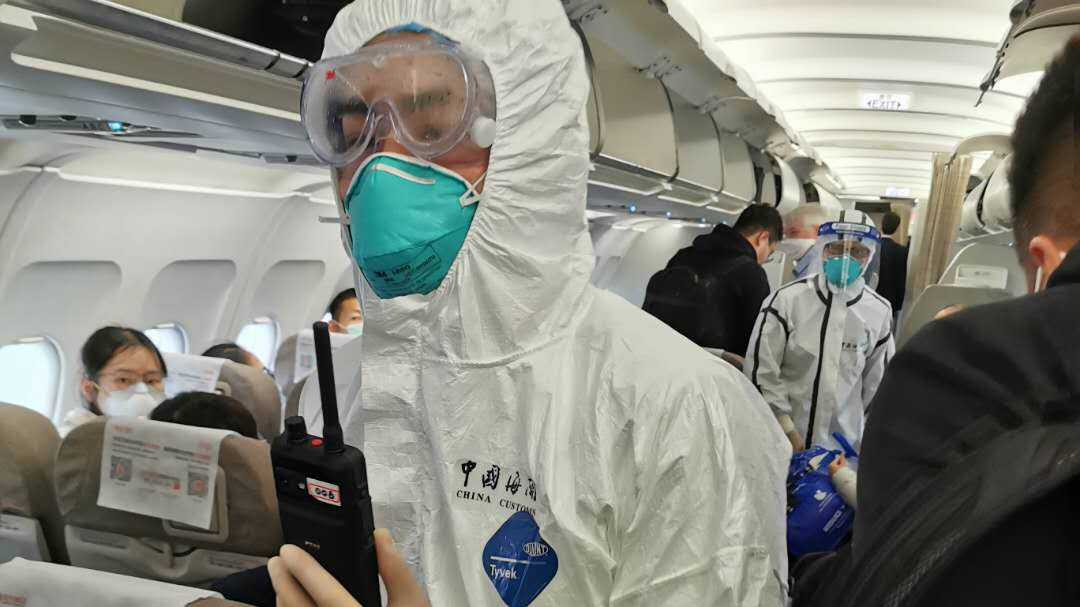 Read and watch: Here's how coronavirus battle is paving the way for a much stronger China 2.0

In early March, the UAE started reporting an increase in COVID-19 cases following the cancellation of The UAE Tour, an international cycling event, after a few Italian cyclists were found to be infected. This was a time when the situation in China was improving with the number of new cases on the decline.

"China seemed to have the situation under more control, while the rest of the world was just starting to panic," said Rein, adding this was the time when they decided to return to China. "Chinese people across the world started to return to China when it became apparent that China was safer than other countries," he added.

However, the sudden rush in people travelling back to China also posed a few dilemmas. "The first was, do we want to be on an airplane that's packed with people returning from Italy and from some of the other virus zones? That was one of our big concerns."

After overcoming their anxiety, the Reins eventually made their return journey from Dubai to Shanghai via Hong Kong earlier last week.

However, their adventure hadn't ended yet. After landing in Shanghai Hongqiao International Airport, the Reins had to undergo a prolonged medical screening process that took more than five hours.

"First, we had officials in hazmat suits entering the aircraft who would randomly identify passengers from their seat numbers and call them off the plane. This caused a lot of panic among the other passengers," Rein said.

"When we got off, there were only two medical doctors checking through hundreds of passengers. And instead of being spread apart, one meter by one meter, we were really packed together and tight lines that sneaked around almost as if we were at Disney World," he said, adding that "the medical staff were doing a good job, but they were understaffed."

Admitting that the number of passengers made him anxious, he said: "I feared if one person had the coronavirus that could spread to other passengers that were in this long queue."

Rein felt that better communication at the airport could go a long way in easing such concerns. "The Chinese government has done a great job at stopping the spread of the virus, but the airport staff need to communicate better with passengers getting off the airplane. They (passengers) should be informed and reassured about what to expect from the process," he said.

Safe in Shanghai: A+ for Chinese efforts but still room to improve 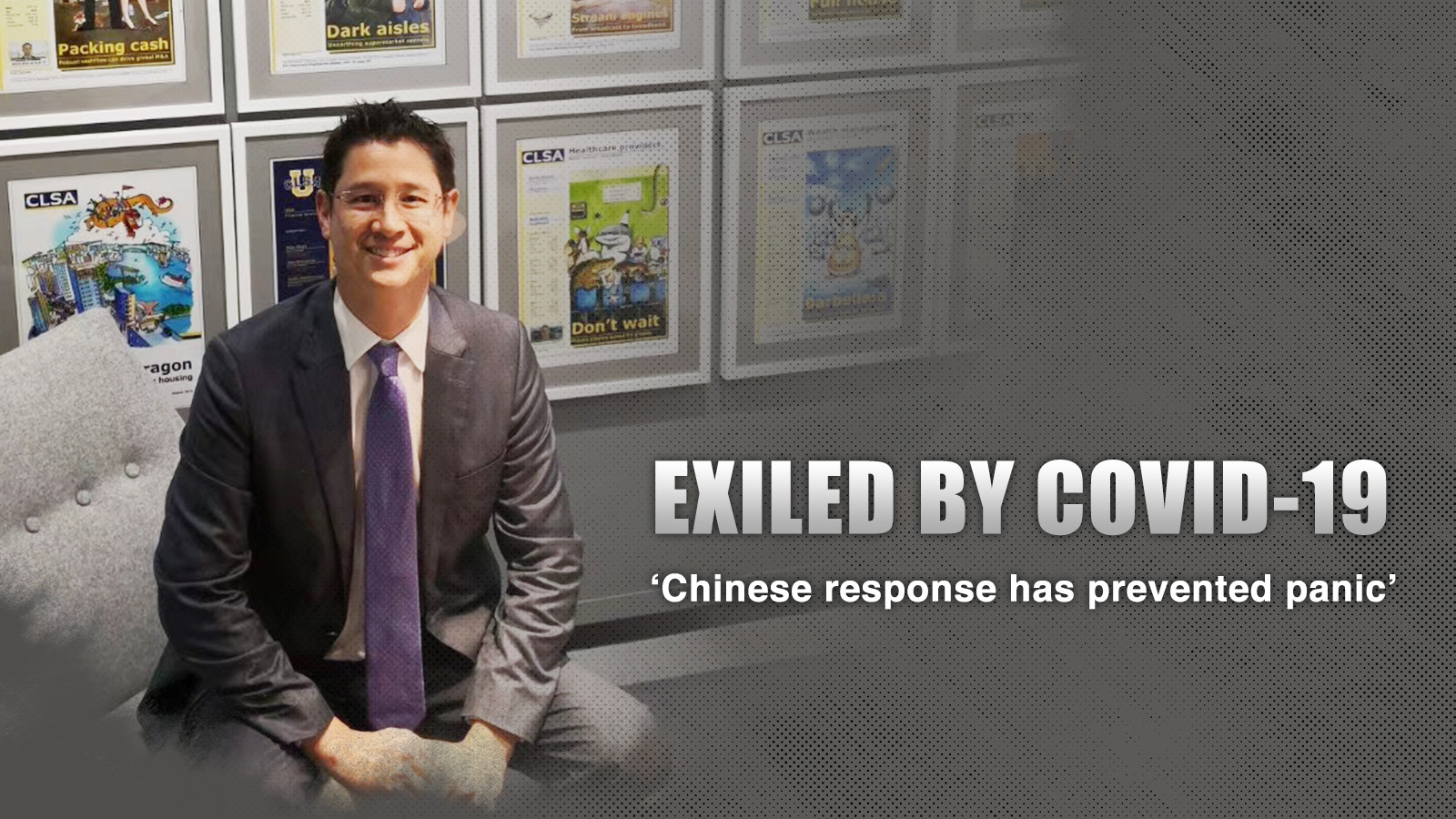 Read and watch: 'World's Factory' is springing back to life

Finally home, Rein is upbeat about the situation in Shanghai. "I feel very safe and I'm very happy to be back in Shanghai. I think Shanghai is probably the safest city to be in right now. People are starting to go outside again, have meetings, businesses starting to happen," Rein happily remarked, adding that his firm signed deals last week for the first time in several months.

"It's starting to improve, but there's still some barriers that the government needs to address," he cautioned, pointing out that seeing a doctor for general consultancy remained a big challenge. "If we want to see a doctor right now, we're told that we have to go to one of the coronavirus treatment centers."

"This is scary because if you're somebody, who has a burnt finger or an ingrown toenail, you aren't that sick, you should be able to go to a medical clinic, not to one that has been set up and isolated specifically for coronavirus patients because that could be unsafe," he elucidated.

Noting that the problem is heightened for Japanese, South Korean and Italian nationals, Rein recommended a more "humane approach" in the rehabilitation period even as he appreciated the efforts of the government and medical staff in containing the epidemic.

"I've been told that people from Japan, South Korea and Italy, even if they have not left Shanghai for 10 years are not allowed to go to regular hospitals. They have to go to one of the special coronavirus treatment centers. The government needs to step in and make sure that people are being screened not based on nationality and passport, but whether or not they've been in a danger zone in the last several months," he said.

"We need to look at policies that are humane and ensure that nobody is discriminated against. Chinese people have faced a lot of racism in the U.S., Europe and Australia for instance, and therefore China is in a position to set an example for the rest of the world," Rein remarked.

"Overall, I would give an A-plus grade to the Chinese government for their response so far, but there are definitely areas that need improvement," he concluded.

Last Thursday, just days after Rein returned to China, the WHO announced COVID-19 a pandemic and on Friday, the UN health declared that Europe is now the epicenter of the contagion.