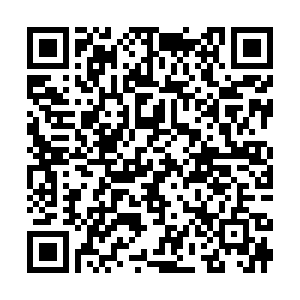 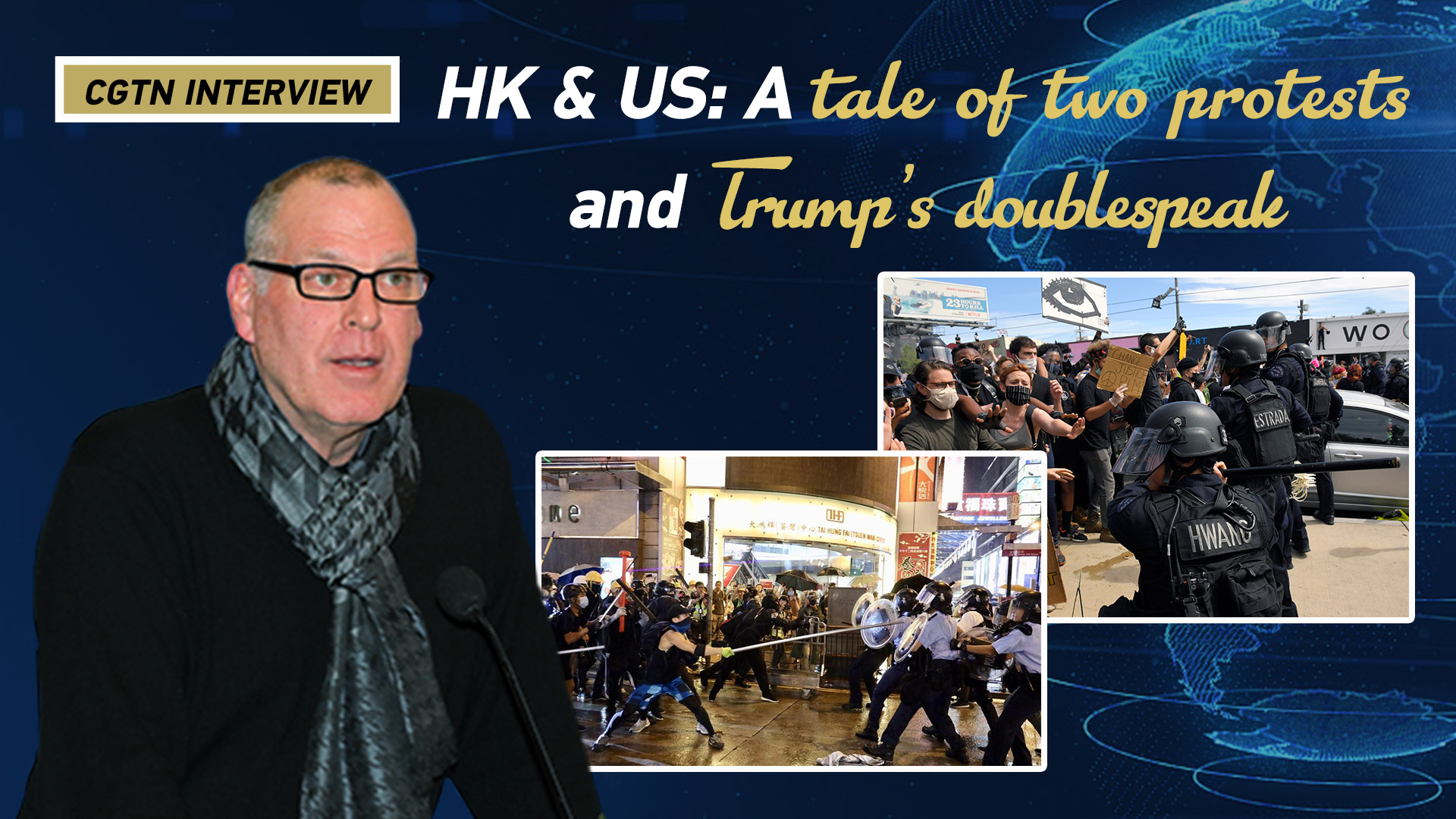 Relations between Beijing and Washington are in a tailspin and perhaps at a historical low, with the U.S. President Donald Trump escalating attacks on China on a range of issues – from its handling of the COVID-19 outbreak, trade difference, to Beijing's new national security law for Hong Kong.

Last Friday, Trump launched a tirade against Beijing as he outlined an aggressive China policy, stripping Hong Kong of its privileged status, promising new sanctions against China, and terminating U.S. support for the World Health Organization (WHO), which he alleged has come under the Chinese influence.

Meanwhile at home, Trump's response to the COVID-19 pandemic has been uninspiring and the U.S. is facing massive nationwide protests over the death of George Floyd, an African-American man, in a case of police brutality. The protests have turned violent in many cities, with Trump, who has a beef with the national security law in Hong Kong, ordering the U.S. National Guards to crack down on American protesters.

Trump, who has proactively supported Hong Kong protesters, calling them freedom fighters even when they turned violent, is now calling the American demonstrators "thugs," "criminals" and "vandals" and has warned that his government would stop the protests "cold."

To get more insight into the chaos in the U.S. and its declining relations with China, CGTN Digital's International Editor Abhishek G Bhaya spoke with Australian geopolitical expert Digby James Wren, a visiting scholar from Deakin University at Sichuan Normal University in Chengdu, China. Wren is currently in the Cambodian capital Phnom Penh, where he is temporarily spending his days amid global travel restrictions.

Bhaya: The protests against the death of George Floyd in the U.S. have turned into a rallying cry for dignity for African Americans. Trump has dismissed the protesters as politically motivated. This is quite a contrast to the U.S. position on violent Hong Kong protesters. What makes one protest good and another one bad – and who gets to decide?

Wren: Well, it reminds one of the "one man's freedom fighter is another man's terrorist" quote, but in all seriousness what one normally looks for is the similarities. There is always some real truth related to protests. People need something and normally these are very much related to socio-demographic, economic kind of things as opposed to purely political. In this particular situation, it's much easier to see the differences.

There are real fundamental structural economic, social problems in America that have been ignored completely. Whereas in Hong Kong, it was much more a politicized movement and it was supported and funded and abetted by the United States in a much larger geopolitical term. They want to put pressure on China, coerce cooperation, etc.

The homegrown U.S. protests that we're seeing right now are turning violent. In Hong Kong, there were no deaths apart from those inflicted by the protesters. But in America, it's the other way around. You're seeing both protesters and policemen being killed. And this has now stretched to 30 cities.

It reveals that the president is divisive. He uses the politics of divisiveness and there is this very, very large undercurrent of minorities and the poor, disaffected and COVID-19 has accelerated and magnified this effect. And that's why this is breaking up all over the country. But the response is disproportional, completely disproportional.

Wren: The National Guard has been called out in Atlanta and Minneapolis. Since World War II, this is the largest ever mobilization of more than 10,000 soldiers. This basically means that the U.S. has got the military doing domestic security, which is a very unusual situation. This also shows the importance and the magnitude of this whole thing, which has now reached over 30 cities.

Note that countries like Australia, the U.S. and the UK, the EU and many others have similar national security laws, especially since 2001 after the 9/11 attacks.

Wren: This is long-term U.S. policy towards China. The Sanctions Act was brought in 1992, just after the fall of the Soviet Union, when the U.S. turned its focus, in many ways, towards Asia and in preparation for the 1997 handover of Hong Kong. Now, they're using it as a weapon to coerce China.

They've not used it that much in the interim because of domestic economic reasons. It suited the U.S. to have Hong Kong benefiting and growing. It wasn't seen as such a great threat when there were so many other threats in the world, such as Afghanistan, Iraq, etc. But now, of course, they've got more time and energy to concentrate on this with Trump and [U.S. Secretary of State Mike] Pompeo in power, it's just turning into a farce.

They've wanted to withdraw these privileges and punish China in Hong Kong for the longest time. Actually, what they missed is the fact that Hong Kong contributed something like 20 percent of China's GDP way back in the 1980s and early 90s, but the special administration region now contributes only 2.6 percent of the national GDP.

Also, the sanctions that were introduced when Trump came into power, and then in late 2017 or 2018, were already enforced. So, I don't think Trump's latest sanctions will have the desired effects.

On the WHO, after campaigning so much for Taiwan to find a spot in the agency, the U.S. simply withdrew. They've basically pushed Taiwan off the cliff. This is to distract from anything that makes it obvious how inept they've been in the COVID-19 pandemic control.

They have been absolutely hopeless. So, much of this is really about trying to cover that up. And by maintaining a higher degree of pressure about China, about the WHO, they're desperately trying to disguise their ineptness. I don't think it's going to work.

Bhaya: Trump's escalating anti-China tirade comes even as he faces criticism for his absolute mishandling of COVID-19 pandemic in an election year. So how much of it is distraction and how much of Trump's decisions are driven by his election campaign?

Wren: By pushing at external problems – China, trade friction, WHO, etc. – the Trump administration is trying to disguise what's happening at home, which is fundamentally inept. What they've done with COVID-19 is absolutely inept. But it also panders to the Anglo-American media. The media likes that very much. And then they focus on the riots in Hong Kong, and they push the idea about the WHO.

It feeds into Donald Trump's base, where they say, "Oh yeah, look at that, he's been strong, he's really trying to help us, it's America first." But those people are going to vote for him no matter what. So this is just like preaching to the converted.

The Gang of Four – Trump, Pompeo, [Secretary of Defense Mark] Esper, and [Presidential Assistant Peter] Navarro are basically leveraging this to try and win the elections. There's no doubt about that.

Bhaya: How do you see the China-U.S. ties going forward from here, after the vicious anti-China campaign spearheaded by the Trump administration?

Wren: It's going to get worse. I don't think we have reached a peak yet. They're going to increase the pressure on China, because that's the great external enemy, and as we've talked about before, can cover up all of the real problems that they have at home.

The current protests in the U.S. might well go through the whole summer. There's 40 million people unemployed, no health insurance. Infrastructure in America is terrible. The health system is basically not accessible to these 40 million people that are unemployed. You've got all the poor, urban poor and the minorities, who have been deeply unsatisfied for decades. And there is enormous structural problems in the financial system as well. Their political system is gridlocked in many ways. So I think they're going to keep doing it.

Also, it's becoming increasingly more difficult for the U.S. to maintain its global influence and its global military structure. And they're relying more and more economic sanctions, weaponization of all sorts of tools, and withdrawal from the multilateral frameworks. So, they will keep up the pressure. I think it's going to get worse, not better.