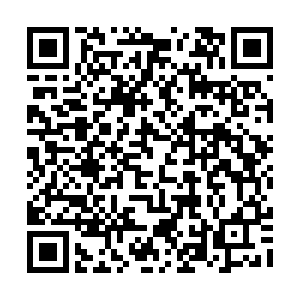 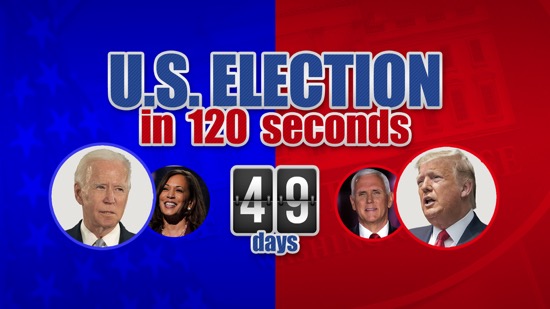 With seven weeks to go until the U.S. presidential election, Joe Biden has an average national polling lead of 8.5 percentage points over Donald Trump, according to CGTN analysis, but the Democrat's advantage in critical battleground states – the states that will decide who wins the White House – is narrowing.

Here's what you might have missed from the past seven days on the campaign trail.

As wildfires consumed the West Coast, Trump continued to dominate the news agenda as he battled political storms from two explosive publications.

An Atlantic report that the president had privately disparaged members of the military and veterans continued to reverberate, while the release of excerpts from Bob Woodward's latest book, Rage, set off a fresh cycle of trouble for the White House.

Audio of interviews with Trump in February indicated that he was fully aware of the dangers of COVID-19, but intentionally played the risks down in public.

There were also money issues for the 74-year-old incumbent, who said he would be prepared to splash his own cash on the campaign as it scaled back TV advertising – spending just 10 million dollars in the past week – despite hauling in, along with the Republican National Committee, 200 million dollars in August.

Biden has had fewer financial issues of late – his campaign, together with the Democrats, raised a record 365 million dollars in August on the back of his choice of Kamala Harris as running mate and the party's convention.

The challenger has been campaigning in Michigan and has also refocused efforts on the toss-up state of Florida, where the latest polling suggests a majority of Latino voters now favor Trump.

The former vice president also received a timely boost from Mike Bloomberg, who pledged to spend at least 100 million dollars on pro-Biden ads, in English and Spanish, in the Sunshine State.

November 3 is still 49 days away, but some Americans, including in North Carolina, are already voting. With at least one in two voters expected to cast ballots by mail this year, the 2020 election is now very much underway.