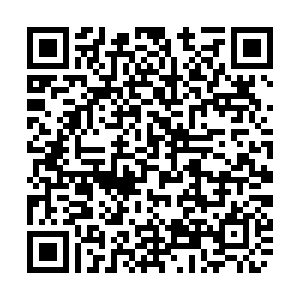 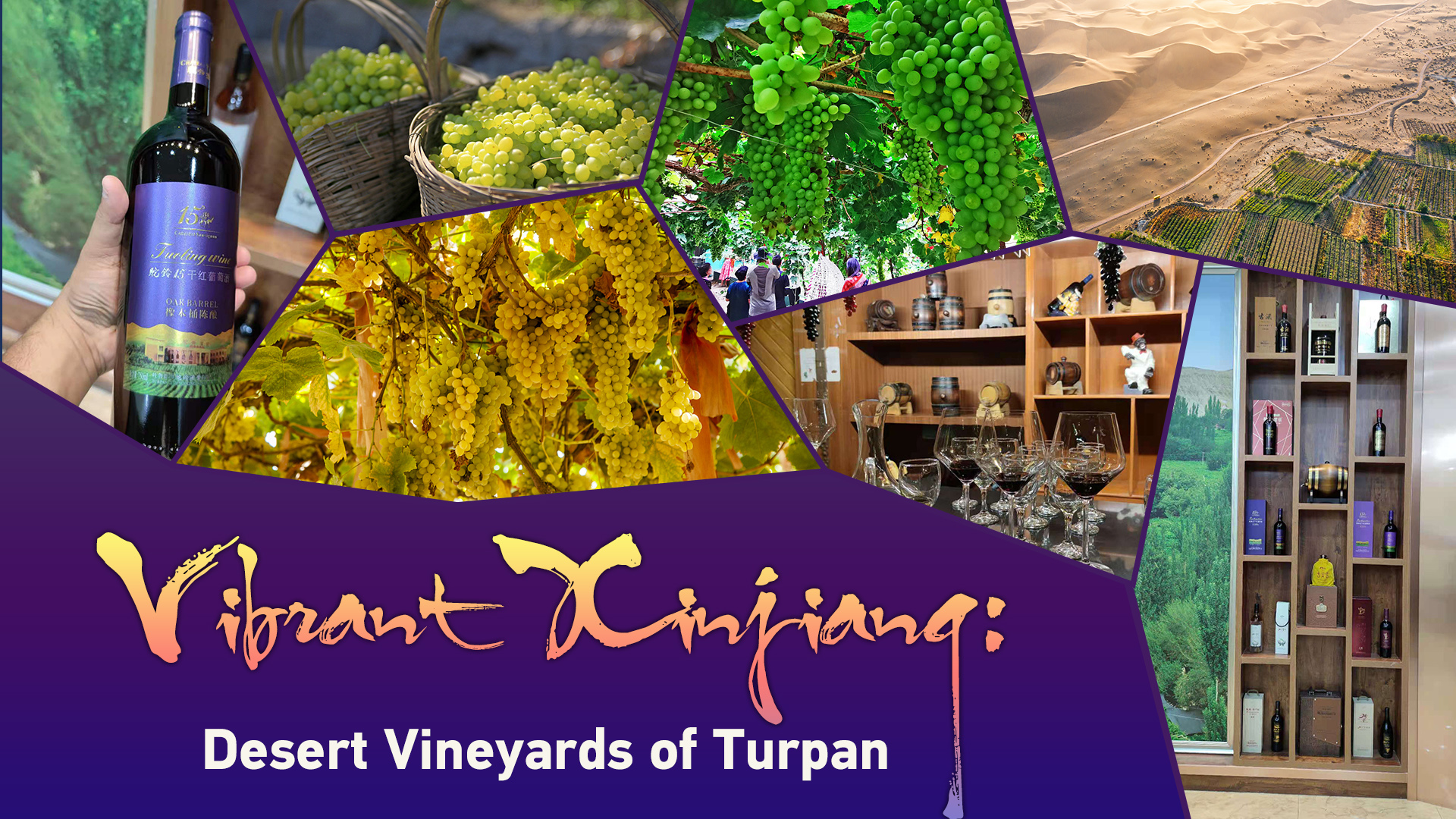 The city of Turpan in the Xinjiang Uygur Autonomous Region is also known by its Chinese nickname "Huo Zhou," literally meaning "a place as hot as fire," due to its reputation as the hottest city of China.

The city is home to the fabled Flaming Mountains – the barren red sandstone hills in the Tianshan Mountain range – where the summer temperatures frequently reach 50° Celsius and above.

Surrounded by the Taklamakan Desert, Turpan is located about 150 kilometers southeast of Urumqi in a mountain basin, on the northern side of the Turpan Depression, that lies some 150 meters below sea level.

The unique geographic and climatic conditions are perhaps the main reasons why Turpan has emerged as China's largest grape growing area and gradually making its way to becoming a key wine-producing hub.

The lush green orchards and vineyards, enclosed within a rugged and arid desert terrain, are a sight to cherish. With Tianshan Mountains as the backdrop, the foreground of Turpan Basin is dotted with "chunches," the Uygur word for the compact buildings where grapes are dried and made raisins.

During a recent visit to the Grape Valley in Turpan, a team from CGTN Digital got a peek into Turpan's centuries-old vineyards and wine-making industry that have lately become a big draw for both domestic and international travelers.

It is believed that Chinese official and diplomat by the name of Zhang Qian from the 2nd century BC was on a mission to the western regions, when he discovered that people in Turpan grew grapes and produced wine.

"We have been brewing wine in Turpan for at least 2,300 years. Presently, there are 67 large and small wineries in Turpan. Loulan Winery is quite famous and has an annual production worth over 100 million yuan," Zhang Mingming, deputy general manager of Xinjiang Cultural Tourism Company, Turpan Branch, told CGTN Digital. 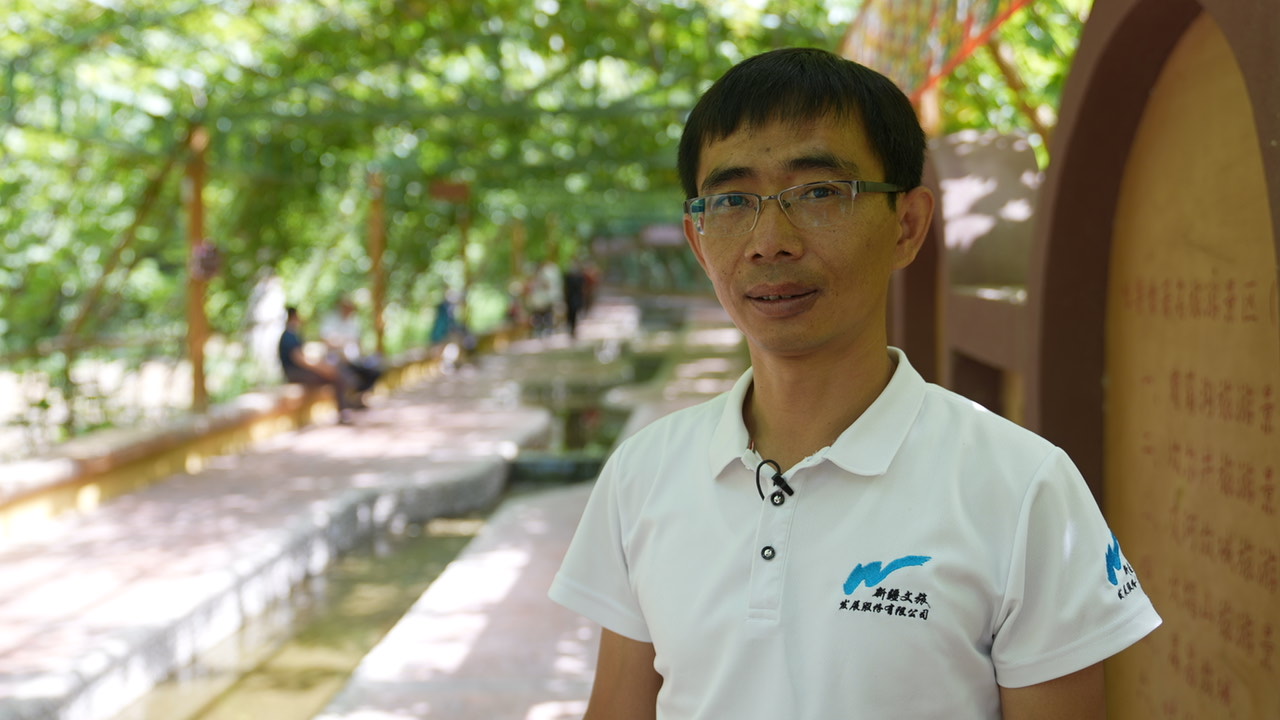 The grapes from Turpan are relatively richer in sugar and therefore suitable for making sweet wine. While August is the main harvest season for grapes here, the early-ripening varieties of the fruit mature at the end of June and a few varieties grown in greenhouses mature even earlier, around March.

"However, the grapes used to make wine mature relatively late, usually from the end of September to October. We use a very ancient and primitive method to make wine," Zhang elucidated.

Turpan grows over a dozen types of grapes, and the water needed to nourish the grape vines is brought via an ancient irrigation system called "karez," meaning "well" in the Uygur language.

With Xinjiang being developed as the gateway to China's Belt and Road Initiative (BRI), Turpan has witnessed transformative growth in recent years. It now takes less than an hour to cover the 150-kilometer distance between Turpan and capital Urumqi via the Lanzhou-Xinjiang High-Speed Railway that opened in 2014, connecting Xinjiang to neighboring Gansu Province.

Zhang felt that the BRI brings new opportunities for the development of Turpan's wine industry. "Turpan was an important township on the ancient Silk Road, an important node, our good wines can be sold abroad through the Belt and Road Initiative. At the same time, the advanced wine-making skills from abroad can be shared in Turpan as well." 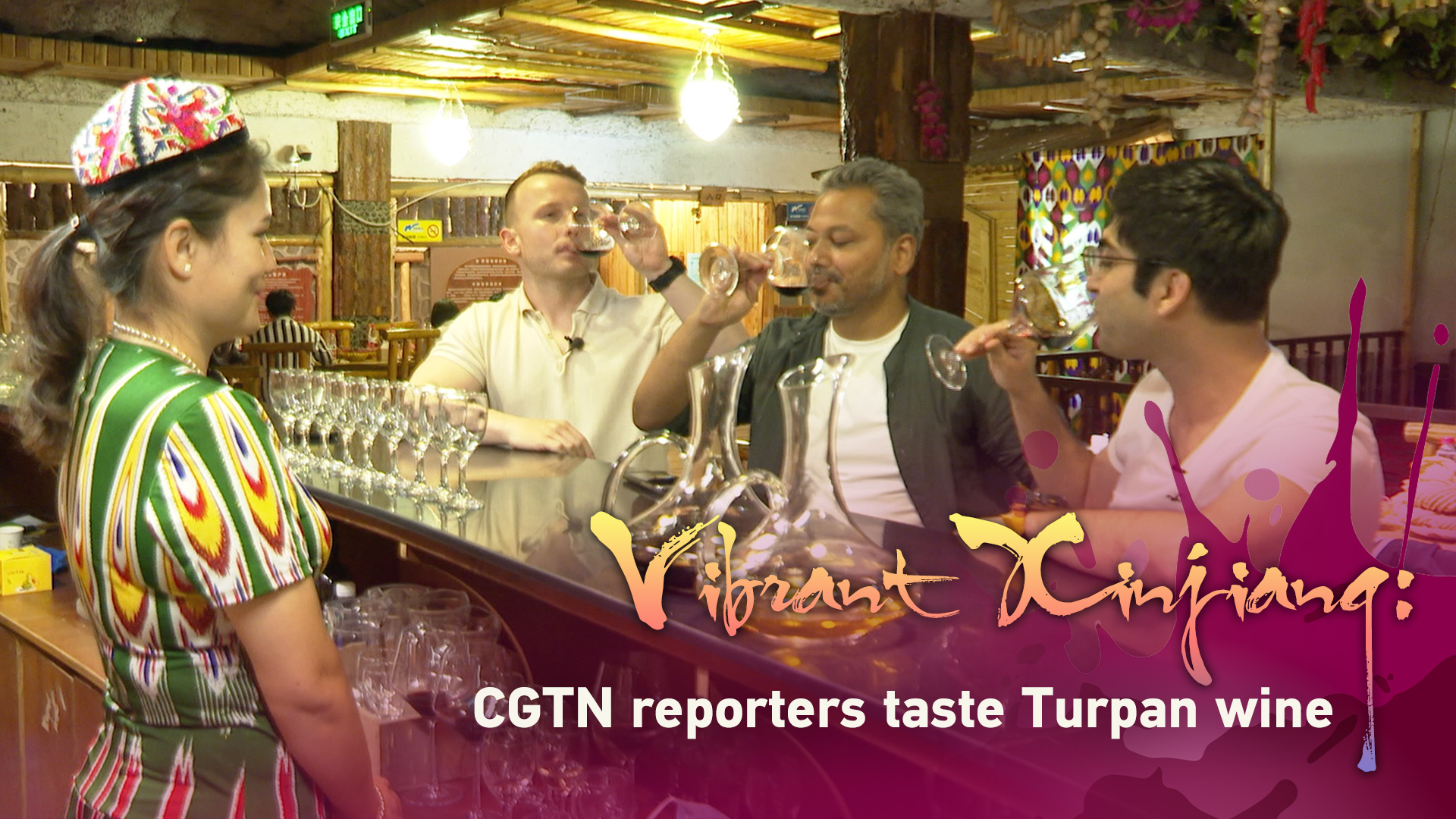 CGTN reporters were also offered wine tasting at the Western Wine Castle, which started operation in 2000 from a location inside the Grape Valley. It essentially produces home-brewed wines.

"Our wine cellar is dug inside the Flaming Mountains. It is the only one in the country to be located at such a place. Here we mainly produce whole-juice wine," Zhang said.

Gulhasal Sattar, the lovely Uygur bartender, served from the wine collection that has developed its own reputation among the regular visitors.

"We produce three kinds of wines: whole juice (sweet red) wine, dry red wine and dry white wine, as well as some grape juice ... The most important feature of Turpan wine is its high sugar content. In particular, the quality of dry red wine is very high. Our root series is especially good because the vineyard is considered to be very pure," the official said.

"Our winery sells about 10,000 bottles of wine a year. Our winery currently employs 22 people in the scenic area," he informed.

While the Western Wine Castle caters to domestic and international tourists arriving at Turpan's Grape Valley, it is still exploring the potential of exporting wines. Tourists can try our wine collection especially at our night bar, but we haven't yet exported to foreign wineries," Zhang said. "The price for our wine ranges from 60 to 300 yuan per bottle," he added.

Aided by the BRI vision, the wines from the desert vineyards of Turpan are slowly and gradually making inroads into the international market. However, for now, to get the most authentic feel, one needs to travel to China's hottest city to taste the "coolest" local wine.

Xinjiang: A Gateway to China's Belt and Road Initiative