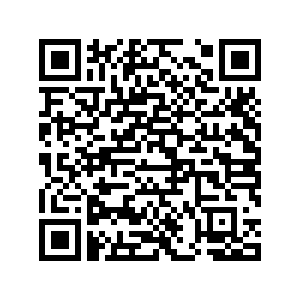 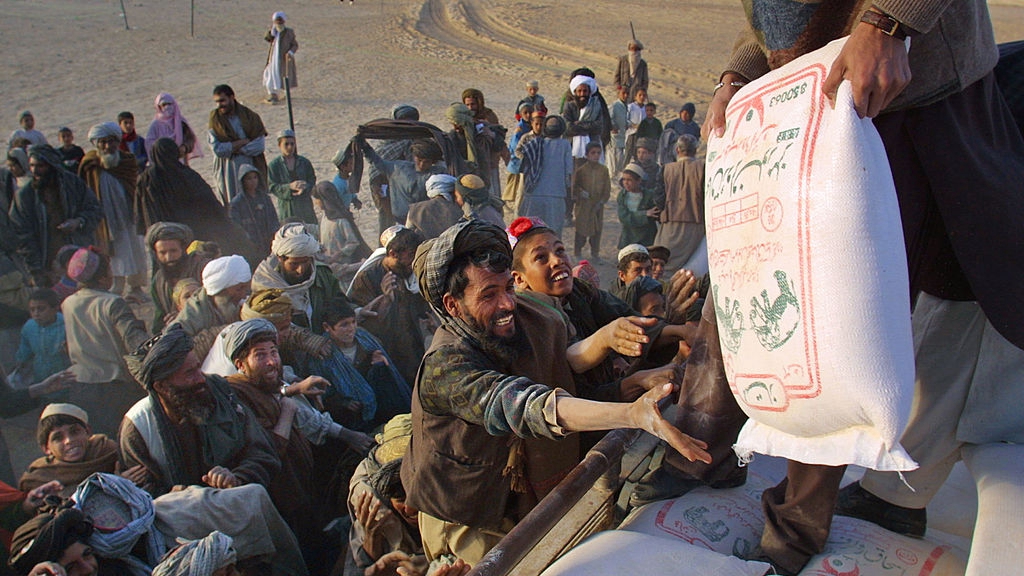 Afghan refugees at the Kili Faizo refugee camp desperately reach for bags of rice and sugar being handed out by a local aid organization, near Chaman, Pakistan on the Afghanistan border, December 4, 2001. /Getty

Afghan refugees at the Kili Faizo refugee camp desperately reach for bags of rice and sugar being handed out by a local aid organization, near Chaman, Pakistan on the Afghanistan border, December 4, 2001. /Getty

Editor's note: The U.S. invasion of Afghanistan 20 years ago has cast a shadow on the country. While it has now withdrawn from the country, the pain and chaos it had caused have not faded away. This is just one of the many examples of the damages the American war machine has inflicted upon other countries.To gain a deeper understanding of the situation, CGTN compiled a list of viewpoints from our commentators. The article reflects the authors' opinions and not necessarily the views of CGTN.

The U.S. has caused tragedies in many countries with its usual way of warmongering under the guise of "defending democracy." These wars resulted in numerous deaths and relentless chaos in local society. The environmental cost of the wars is also an element to be reckoned with. While wreaking havoc across the globe, the military-industrial complex in America has profited enormously from the war industry, which speaks volumes about the U.S.'s hypocrisy.

Chaos and tragedies in Afghanistan

Although the U.S. tried to whitewash its crimes in Afghanistan, its quick and irresponsible withdrawal tells another story.

"The West is fully responsible for what happened, both directly in terms of the chaos that followed its ongoing irresponsible withdrawal from Afghanistan, as well as indirectly due to what it did to foster the rise of ISIL in the first place," said Andrew Korybko, a Moscow-based American political analyst.

Bobby Naderi, a London-based journalist, guest contributor in print, radio and television and documentary filmmaker, gives a whole picture of the tragedy.

"Thanks to America's chest-beating jingoism, millions are still displaced throughout the volatile region, with many forced to cross the Mediterranean Sea, the cemetery of refugees, in search of safety in Europe. Countless Afghans, Syrians and victims in other countries, who have to walk for months and sleep rough on station platforms or along a roadside, are still tear-gassed and beaten at borders or crammed into trains and lorries to make their way to Europe.”

With all the pain America has inflicted on Afghanistan, will it start to reflect on its behavior and put a lock on Pandora's box in the future? It seems not. According to Anthony Moretti, associate professor at Robert Morris University, "One bitter reality remains for the Iraqis and Afghans: No U.S. president or military leader will be prosecuted for the staggering death toll they are responsible for in those countries.”

What's more, Washington is implementing an embargo against talking over the tragedy, and its media is complying with the order. With limited access to foreign media, the unfounded rumors on social media and the embargo within their own country, the American people will become less aware of the tragedies Afghanistan has suffered. 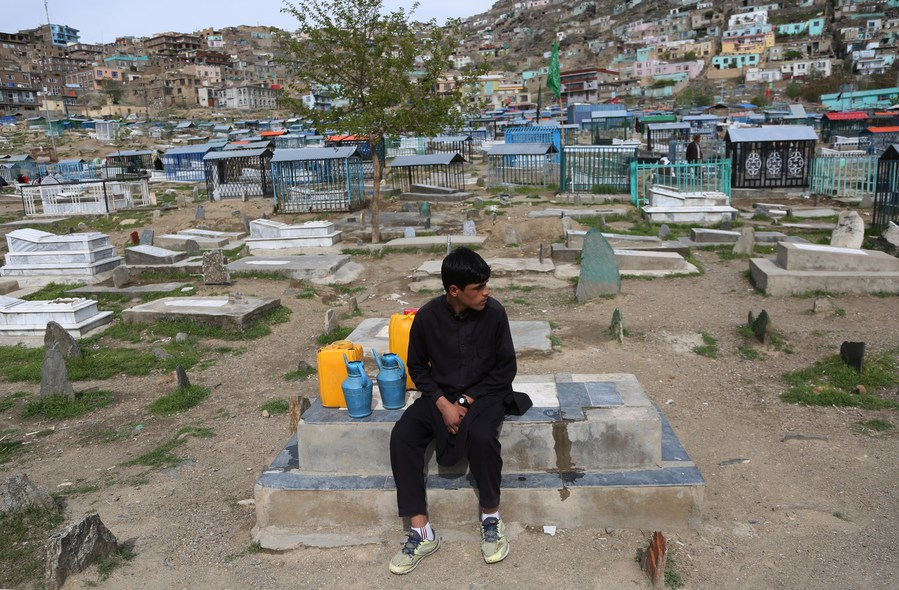 An Afghan boy sells water at a graveyard where a number of war victims have been buried in Kabul, Afghanistan, April 16, 2021. /Xinhua

An Afghan boy sells water at a graveyard where a number of war victims have been buried in Kabul, Afghanistan, April 16, 2021. /Xinhua

The neglected damage to the environment

One invisible damage of the U.S. war overseas is its impact on the environment, especially when the international community is joining hands to deal with climate change.

According to Neta C. Crawford, co-founder of the Costs of War Project and the chair of the political science department at Boston University, the U.S. war-related greenhouse gas (GHG) emissions exceeded 400 million metric tonnes of CO2 emissions between 2001 and 2017.

The U.S. military altogether emitted 1.2 billion tonnes of GHGs in that period, an equivalent of driving 255 million passenger vehicles over a year, based on data from the Costs of War Project.

As the world's most developed country, the U.S. has propagandized every country's responsibility on public affairs. Furthermore, its deeds don't match its words and make it harder for other countries to protect the environment.

Of all the wars the U.S. launched, there's always a key actor who'd like to remain behind the curtains – military corporations. Together with government officials in the White House and legislators on Capitol Hill, military corporations have woven a net called the military-industrial complex that has benefited tremendously as a result.

Bobby M. Tuazon, the director for Policy Studies of a Philippine think tank at the Center for People Empowerment in Governance (CenPEG), points out in his article that the three actors have a certain interest in common, and "binding these interest groups is common greed to increase defense expenditures by identifying and intensifying conflict zones in the world so as to attract domestic and international support.”

According to Tuazon, since the 9/11 attacks, the revenues of Lockheed Martin, Raytheon, General Dynamics, Boeing and Northrop Grumman have witnessed a quantum leap – $7.35 trillion.

Keith Lamb, a University of Oxford graduate with a Master of Science degree in Contemporary Chinese Studies, believes in his article that "Afghanistan was not a 20-year war for the sake of human rights and beating terrorism but a colonial occupation. Just like former colonies, it was used for the purpose of extracting a surplus by Western capital.”

The hasty withdrawal from Afghanistan is hardly the last page in the U.S.'s crime-ridden history of military adventurism. To restore peace and stability, countries worldwide need to jointly confront the U.S. on its dangerous and irresponsible actions.