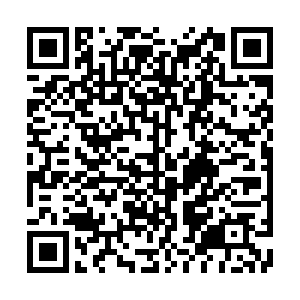 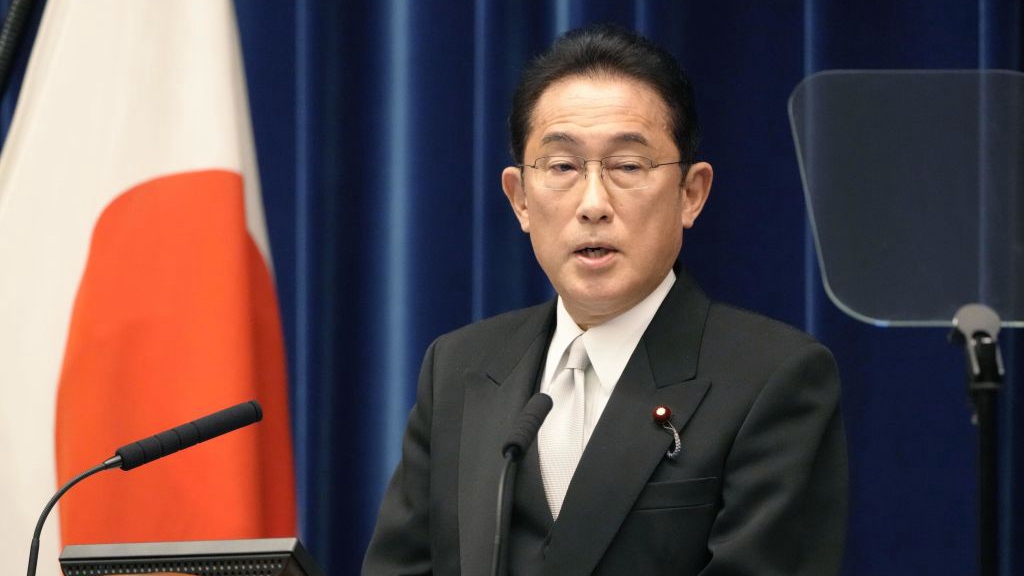 New Japanese Prime Minister Fumio Kishida called a general election for October 31 in his inaugural address on Monday, hoping to capitalize on the honeymoon period typically enjoyed by new administrations amid a drastic drop in COVID-19 infections.

Kishida, who was elected prime minister by parliament earlier in the day, said at a press conference that he will dissolve the House of Representatives on October 14, the final day of an extraordinary Diet session, setting the stage for election campaigning to start on October 19.

He won the race to lead Japan's ruling Liberal Democratic Party (LDP) on September 29, replacing Yoshihide Suga, who decided to step down after just one year in office.

Kishida, 64, was elected as the country's 100th prime minister at a parliamentary session on Monday afternoon and later inaugurated in a ceremony with Emperor Naruhito at the Imperial Palace.

What does the election of Kishida mean for China-Japan relations? 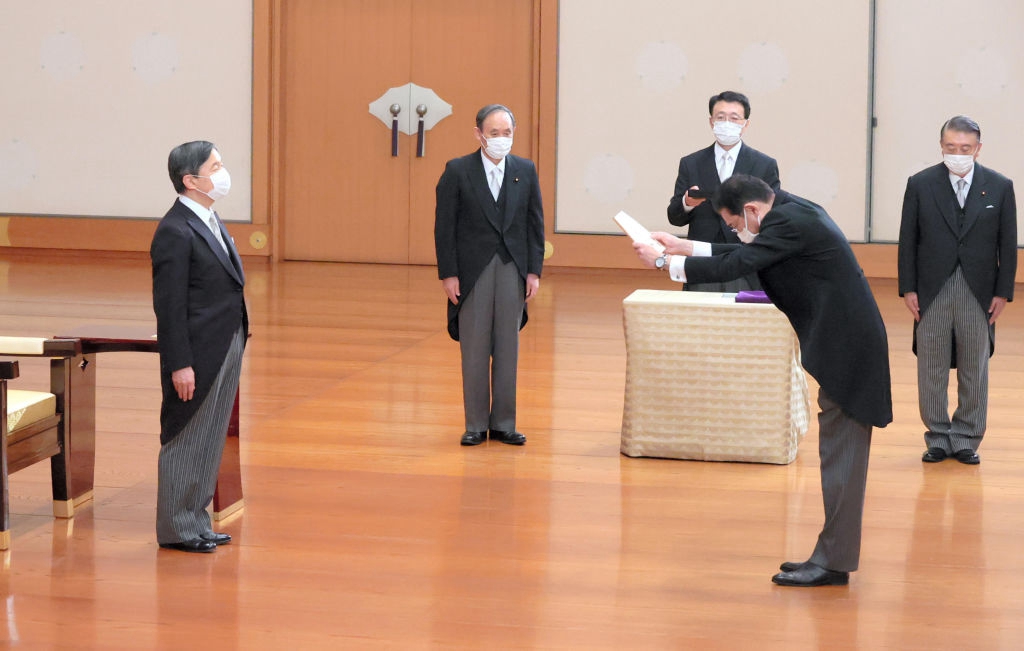 Vowing to make the fight against COVID-19 a top priority, Kishida said his administration will put out a holistic policy that involves increased testing and more efforts to promote vaccinations.

He also said he will consider offering cash payouts to households hit hardest by the pandemic.

The new prime minister suggested that tweaking Japan's financial income tax rate will be among options in addressing income disparity.

"I've flagged a tweak to Japan's financial income tax as one option. But that's not the only option. We could also take steps like offering tax breaks to companies that boost wages," he said.

Kishida said he wants to pursue policies that achieve "a new type of capitalism" that distributes more wealth to households and addresses the country's widening income gap.

He pledged to put innovation and scientific research at the center of his administration's policies and accelerate Japan's digital transformation. 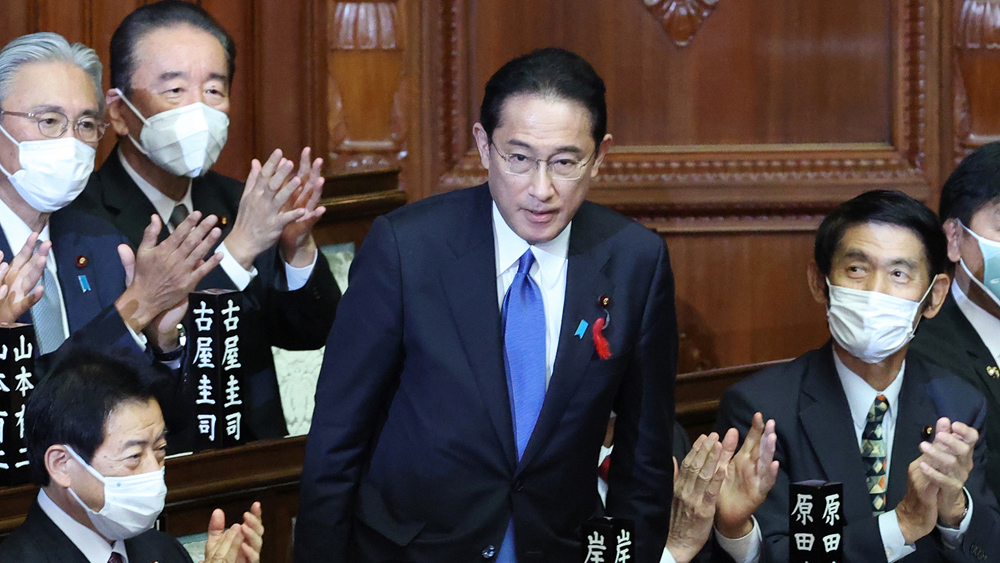 Kishida said his administration will continue to put the alliance between Japan and the United States as the foundation of its foreign policy.

"I would like to communicate with U.S. President Biden about what is possible in terms of ridding the world of nuclear weapons," he told reporters.

U.S. President Joe Biden offered his congratulations to Kishida on Monday, saying the "historic partnership" between the two nations will continue.

"The U.S.-Japan alliance is the cornerstone of peace, security, and prosperity in the Indo-Pacific and the world, and I look forward to working closely with Prime Minister Kishida to strengthen our cooperation in the months and years ahead," Biden said in a statement.

Kishida also underscored the importance of Japan's relations with China and pledged to maintain communication. "China is our largest trading partner and is hugely important to us," he said. "We must continue discussions with them." 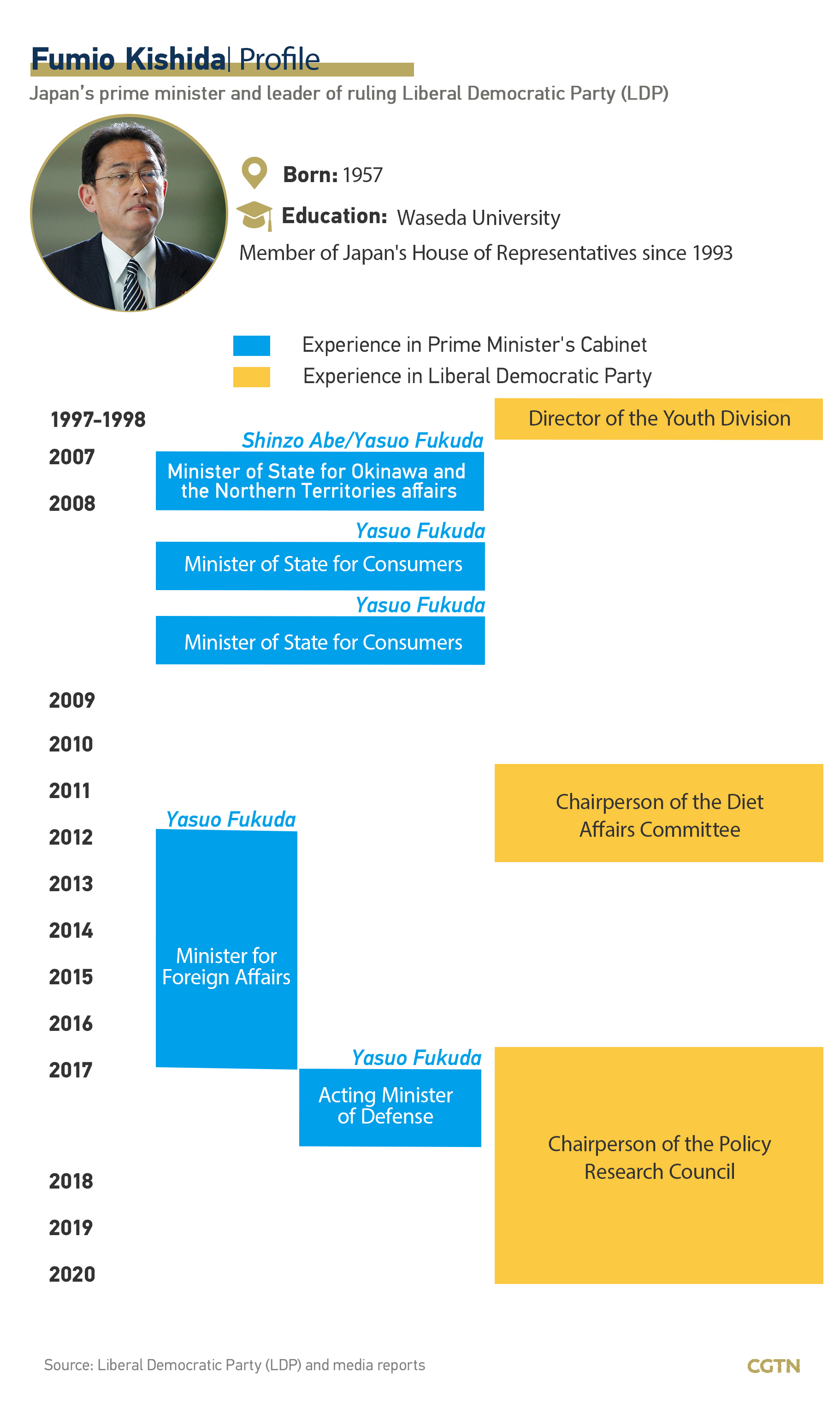 Shortly after the parliamentary vote, Kishida's new cabinet was announced, with more than a dozen fresh faces but holdovers from the Suga government largely populating the most important portfolios.

Both Foreign Minister Toshimitsu Motegi and Defense Minister Nobuo Kishi will retain their jobs. Motegi is a Harvard-educated political veteran who has taken the lead in negotiating key trade deals, while Kishi is the brother of former Prime Minister Shinzo Abe.

The finance portfolio will go to Shunichi Suzuki, who is replacing his own brother-in-law Taro Aso. Suzuki is also a veteran politician and the son of a former prime minister. He has served in government before, holding both the Olympics minister and environment minister posts. 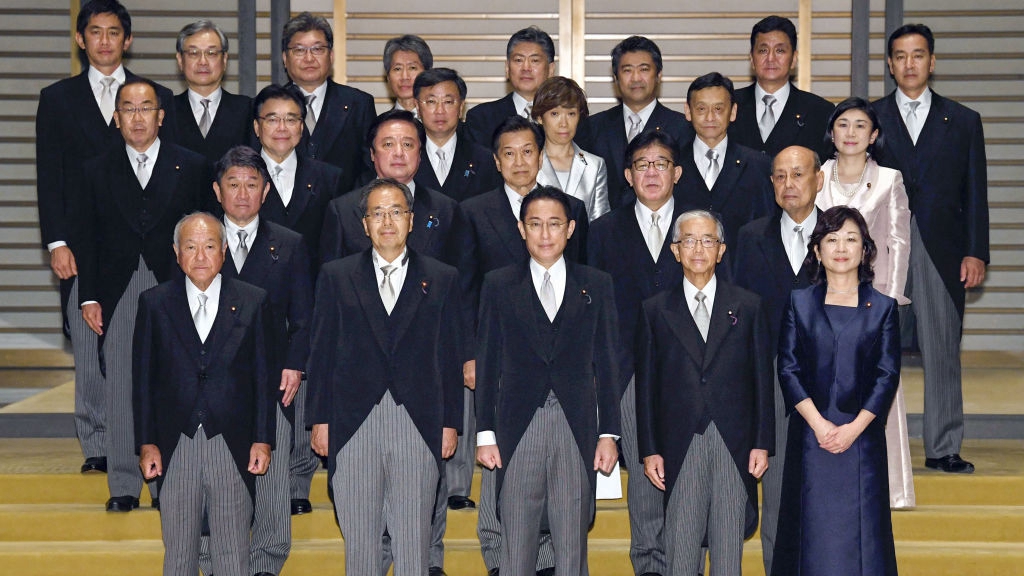 The cabinet includes three women, among them Kishida's one-time rival for the leadership, Seiko Noda, who was named minister in charge of addressing Japan's declining birthrate. The posts of vaccine minister and digital minister also went to women, with several members of the cabinet appointed to their first ministerial post.

Kishida has also rewarded those who supported him in the leadership race, including rival Sanae Takaichi who backed him in the second-round vote against Taro Kono, and has been made LDP policy chief. Kono meanwhile has been made party communications chairman – something of a step down from his recent role heading the vaccine roll-out and past posts as defense and foreign minister.

(Cover: Japan's new Prime Minister Fumio Kishida attends his first press conference after the inauguration of his cabinet at his office in Tokyo, Japan, October 4, 2021. /Getty)