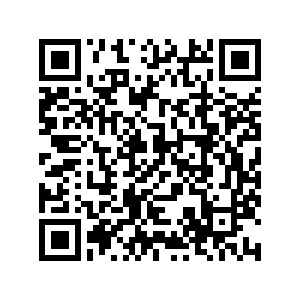 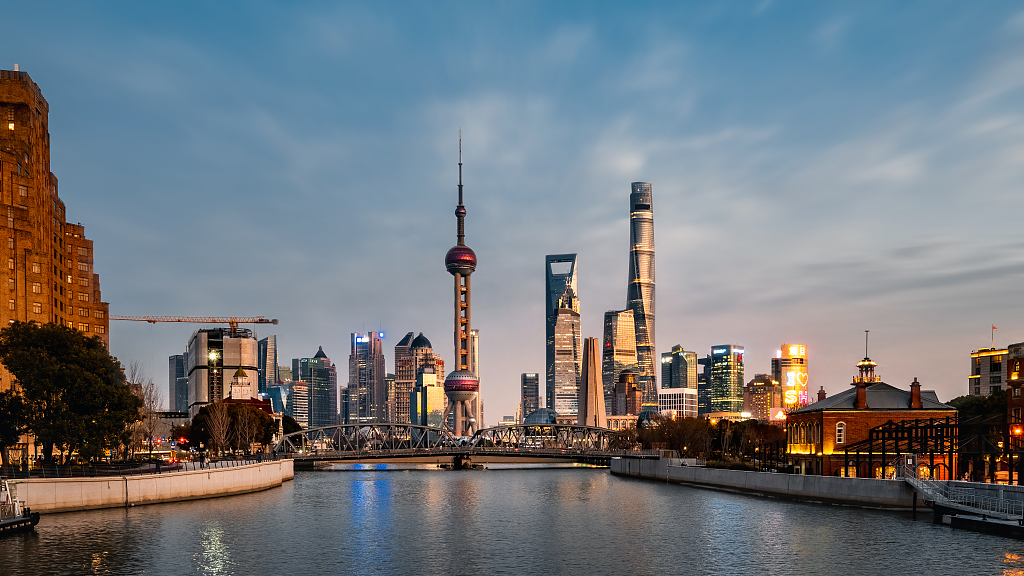 The expansion is slightly above the IMF and World Bank's expectations of 8 percent growth and beyond the 6 percent target set by the government.

Facing challenges brought by the pandemic, China has seen its economic activities cool down after a strong rebound in the first half of 2021.

From October to December, the country's economy grew by 4 percent from a year earlier, a further deceleration from the 18.3 percent jump in the first quarter, according to NBS.

Despite beating Reuters' forecast of 3.6-percent and Bloomberg's 3.3-percent, the fourth-quarter pace was still the weakest in one and a half years, leaving room for speculation on further monetary stimulus.

To counter the slowing economic growth, China cut its reserve requirement ratio by 50 basis points in December. The cut, the second such move of the year, would release 1.2 trillion yuan ($190 billion) in long-term liquidity, said People's Bank of China (PBOC) at the time. The country also lowered its one-year loan prime rate (LPR) in December.

On Monday, the PBOC offered 700 billion yuan's worth of one-year medium-term lending facility (MLF) loans to some financial institutions and conducted 100 billion yuan of seven-day reverse repos to maintain liquidity in the banking system.

The interest rates for the MLF and the reverse repos were both lowered by 10 basis points – to 2.85 percent from 2.95 percent and to 2.10 percent from 2.20 percent, respectively.

"We expect Beijing to significantly step up easing after mid-March," Nomura's Chief China Economist Lu Ting wrote in a note.

China has pledged to safeguard macroeconomic stability and keep major economic indicators within an appropriate range in 2022, according to the annual Central Economic Work Conference at the end of last year.

China's GDP in 2021 topped 114.367 trillion yuan, according to data from the NBS, with its two-year average growth standing at 5.1 percent.

The GDP per capita came in at $12,551, which "surpassed the world's average," said Ning Jizhe, head of the NBS, during a press conference on Monday.

"According to preliminary estimates, the world's GDP per capita in 2021 will be around $12,100," said Ning, but cautioned that China is still a developing country.

However, "there is still a big gap (between China's GDP per capita) and developed countries," he said.

"China is still the largest developing country in the world."

Industrial output picks up in December, retail sales lagged behind

China's industrial output jumped by 4.3 percent year on year in December, showing a rebound from the 3.8-percent increase in the previous month, according to the NBS.

"The global dependence on Chinese production has continued to increase. We expect the trend to continue in 2022," she said. 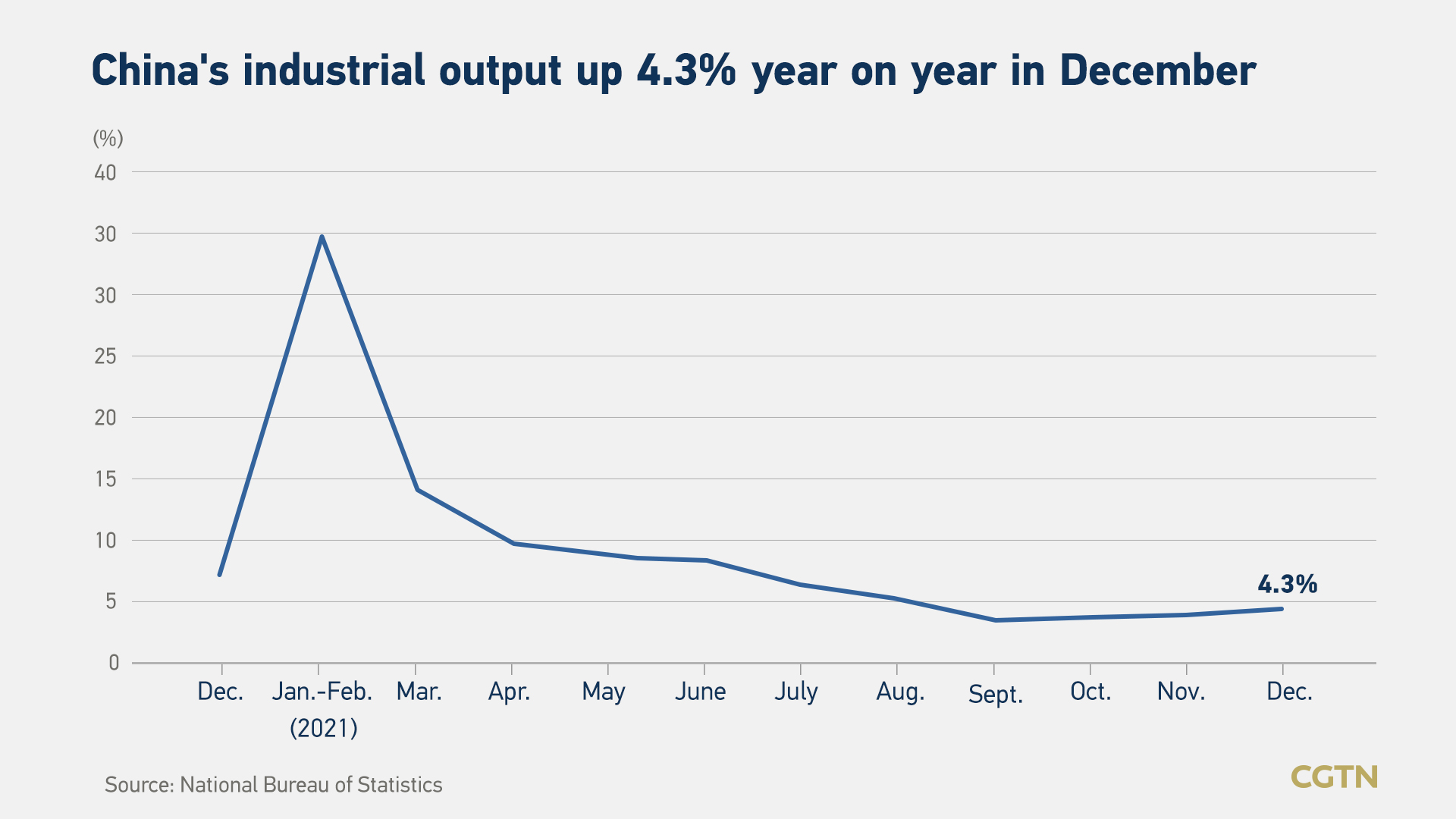 However, retail sales missed expectations in December, with only a 1.7-percent increase from a year earlier.

Analysts polled by Reuters had expected China's retail sales of consumer goods to "grow by 3.7 percent after rising 3.9 percent in November."

The retail sales in 2021 rose by 12.5 percent, according to the NBS. The two-year average growth stands at 3.9 percent. 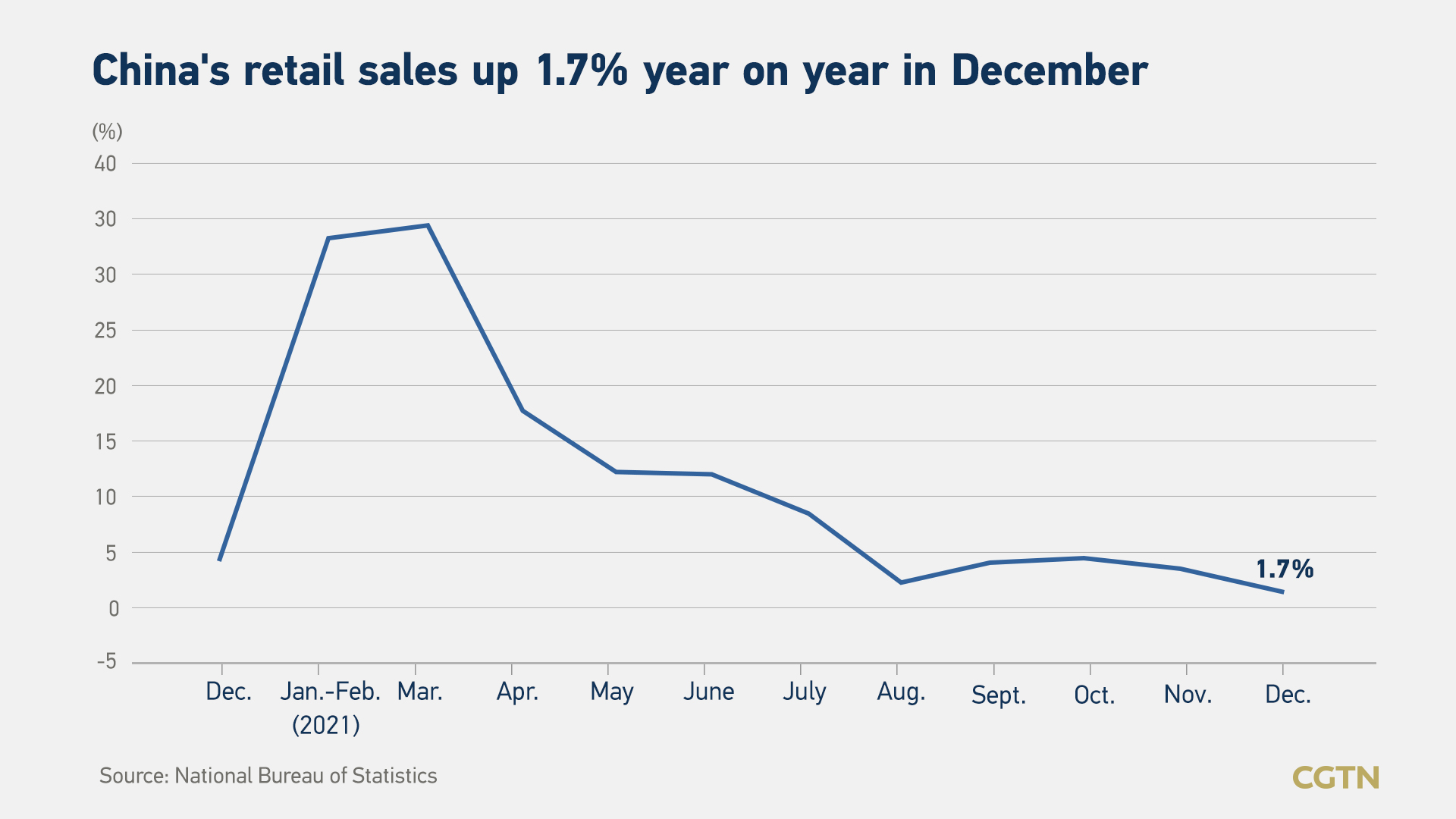 Given the high transmissibility of the Omicron variant and the incoming Winter Olympic Games, Nomura expected more cities in China to significantly step up social distancing measures before and during the upcoming Lunar New Year holidays, which may weigh on the retail sales and the services sectors.

"Retail sales growth may remain quite weak on a more protracted COVID-19 resurgence this time. However, with a low base, headline retail sales growth could rebound to 3.5 percent year-on-year in January-February," Lu forecast.

"We believe markets are still optimistic, with consensus forecasts at 4.2 percent for Q1 and 5.2 percent for full-year 2022," he said.