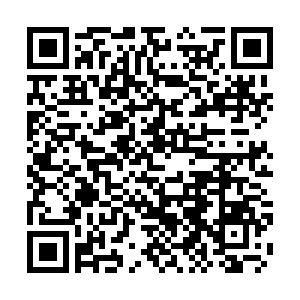 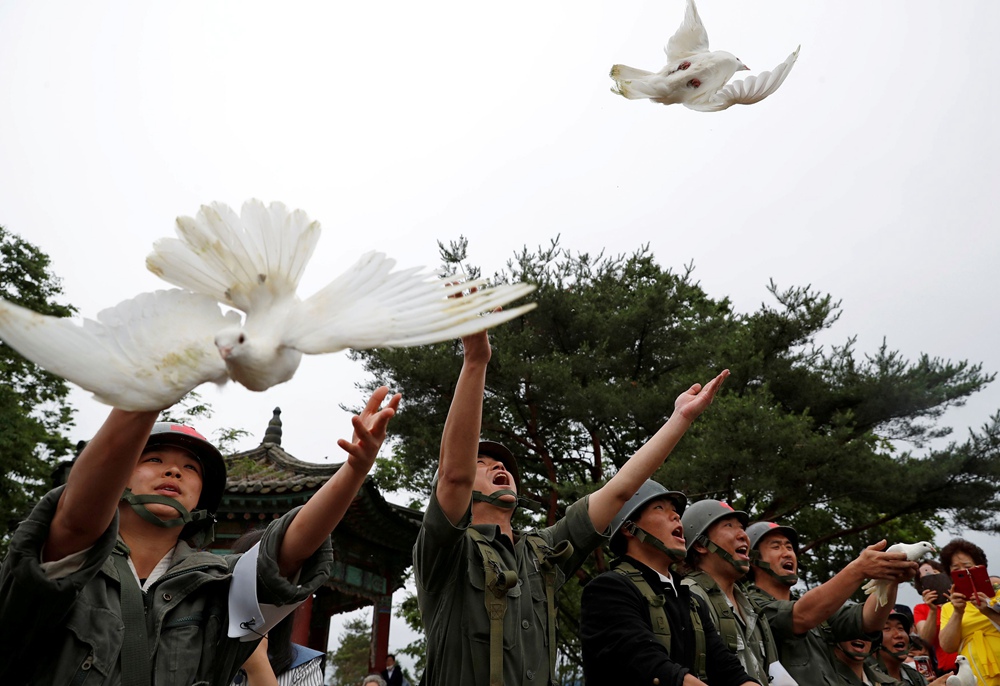 Doves are released during a ceremony commemorating the 70th anniversary of the outbreak of the Korean War, near the demilitarized zone in Cheorwon, South Korea, June 25, 2020. /Reuters

Doves are released during a ceremony commemorating the 70th anniversary of the outbreak of the Korean War, near the demilitarized zone in Cheorwon, South Korea, June 25, 2020. /Reuters

President of the Republic of Korea (ROK) Moon Jae-in called on the Democratic People's Republic of Korea (DPRK) on Thursday to join a bold move to formally end the Korean War, as the 70th anniversary of the war's outbreak is marked.

"We cannot commemorate the Korean War in a genuine manner yet. That is because the war has yet to come to an end," Moon said during a speech at the war anniversary event held at Seoul Air Base, a military compound just southeast of Seoul, Yonhap News Agency reported.

The Korean Peninsula remains in a technical state of war as the three-year war ended with an armistice rather than a peace treaty.

Moon urged Pyongyang to "boldly embark on an endeavor to end the most sorrowful war in world history."

"If we are going to talk about unification, we have to achieve peace first, and only after peace has continued for a long time will we be able to finally see the door to unification," he stressed.

He reaffirmed that South Korea has no intention to force its system on the communist neighbor and emphasized the importance of building peace first.

"We pursue peace and intend to live well together," he said. "We will continuously search for routes that are mutually beneficial for both Koreas through peace. Before speaking of unification, I hope that we can become friendly neighbors first." 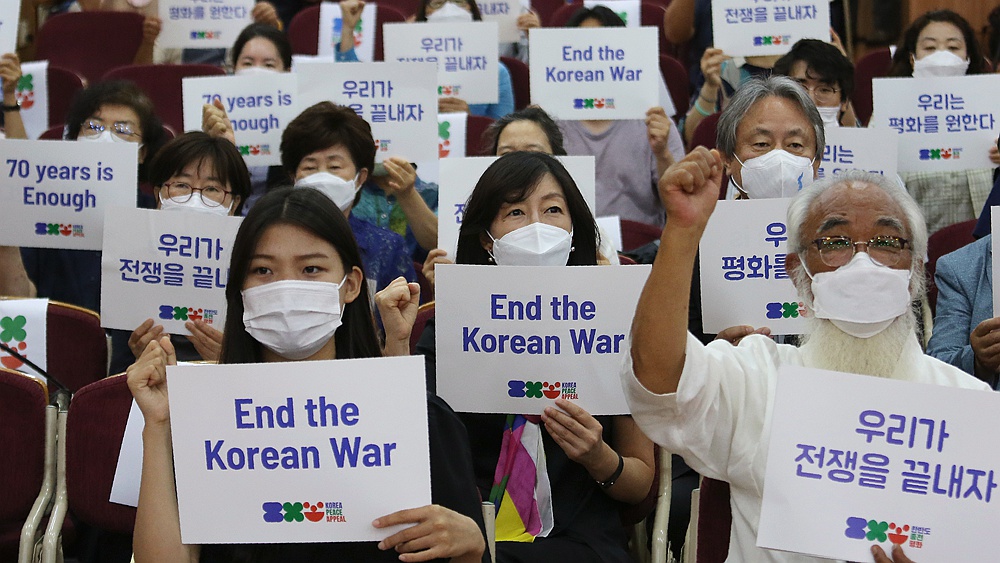 Anti-war activists shout slogans during a press conference to demand the peace on the Korean Peninsula on the eve of the 70th anniversary of the outbreak of the Korean War in Seoul, ROK, June 24, 2020. /AP

Anti-war activists shout slogans during a press conference to demand the peace on the Korean Peninsula on the eve of the 70th anniversary of the outbreak of the Korean War in Seoul, ROK, June 24, 2020. /AP

Earlier on Thursday, an official of the ROK's Unification Ministry said Pyongyang's decision to suspend military action plans against the ROK was a "positive sign," calling on the two sides to improve their relations and restart dialogue.

"The North's move to suspend military action plans at such a critical point is positive behavior," the official told reporters on condition of anonymity. "Such a change could be seen as the beginning of a positive signal."

"We hope both Koreas can improve their relations and discuss issues of mutual concerns through dialogue," he added.

DPRK leader Kim Jong Un decided to suspend military action plans against the ROK on Tuesday while presiding over a preliminary meeting of the ruling party's Central Military Commission. 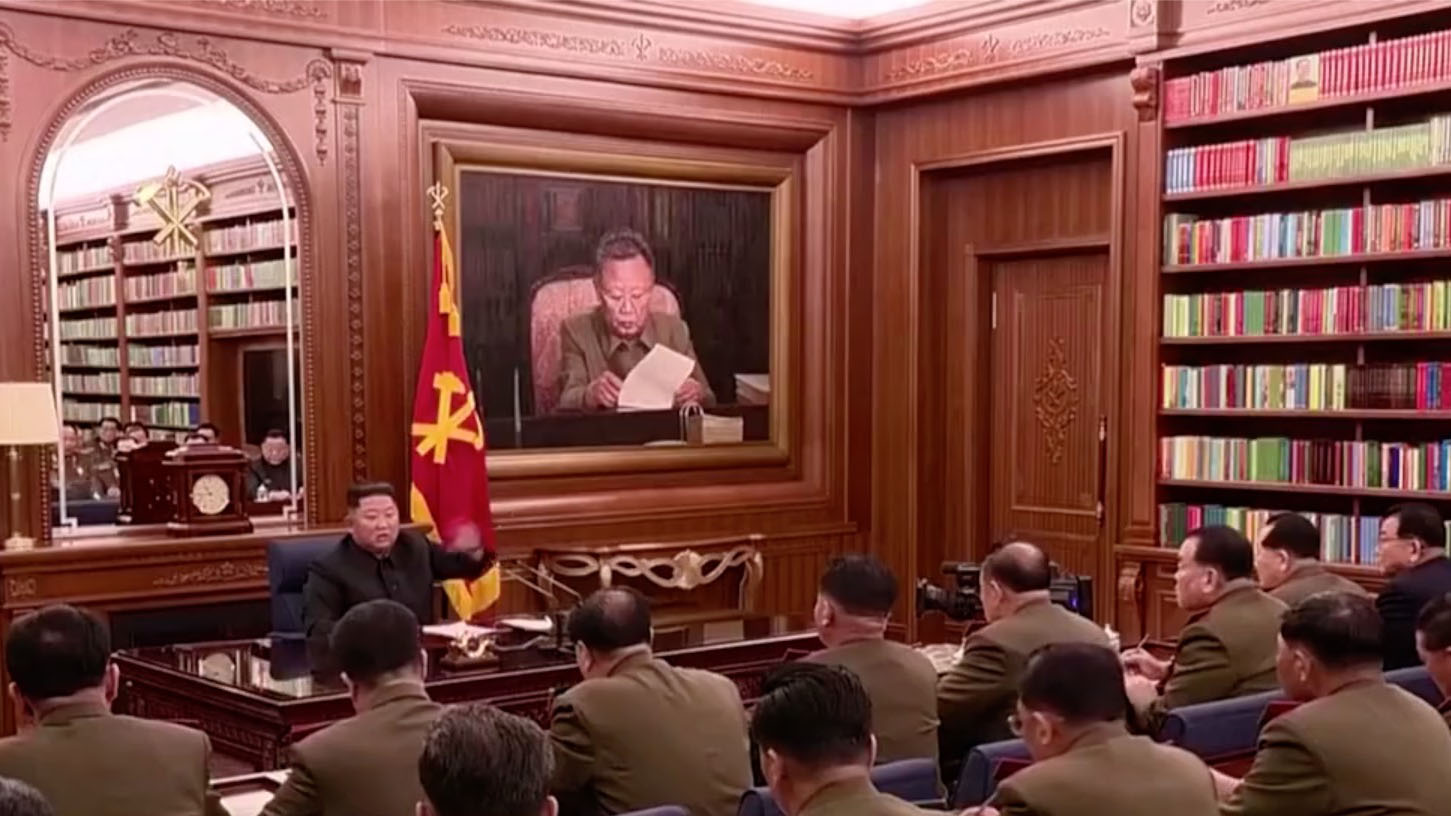 The move was a change in tone for Pyongyang following the dramatic worsening of inter-Korean ties in recent weeks. The DPRK had cut off all communication lines with the ROK, blew off their joint liaison office and vowed to take a series of retaliatory steps against the South earlier this month, as it slammed Seoul for failing to stop "defectors from the North" from sending anti-Pyongyang leaflets to the North.

DPRK's army had announced detailed military action plans against the ROK, including redeployment of troops to the Mount Kumgang tourist area and the Kaesong Industrial Zone, and security guarantee for the people to distribute propaganda leaflets to the South in the border areas.

ROK media reported Wednesday that the DPRK was seen withdrawing loudspeakers in the morning from the eastern inter-Korean border area that had been redeployed since Sunday afternoon.

Why is the DPRK breaking away from the peace process? 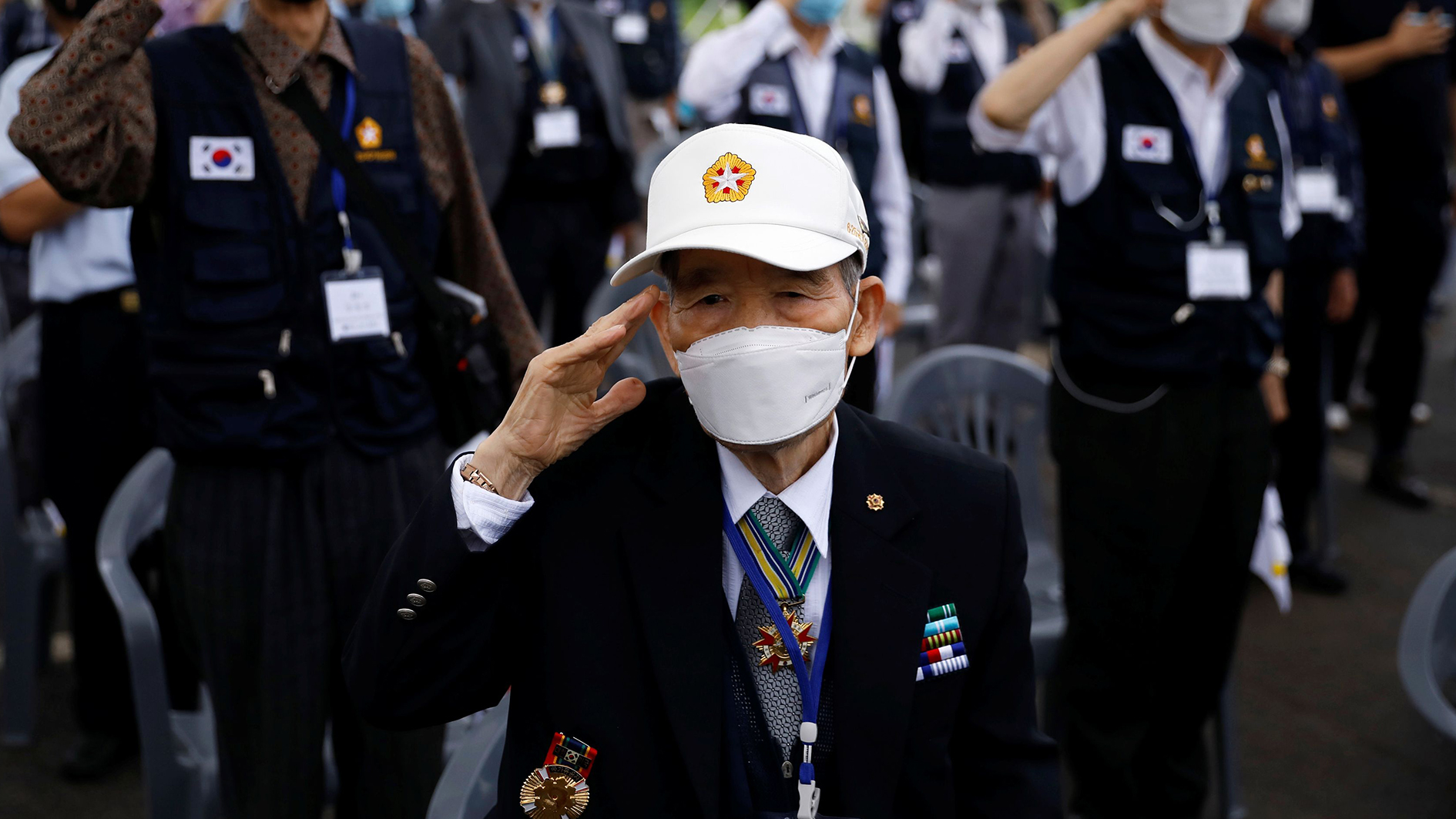 Thursday marks the 70th anniversary of the outbreak of the 1950-53 Korean War.

On April 27, 2018, the DPRK leader and the ROK president confirmed a common goal of complete denuclearization on the Peninsula and agreed to push for multilateral talks to turn the current armistice agreement into a peace treaty during their first-ever summit at the border village of Panmunjom.

According to the Panmunjom Declaration that they signed, efforts should be made to push for talks, involving the DPRK, the ROK, China and the United States, to establish a permanent, firm peace regime with a view to declaring an end to the Korean War and turning the armistice agreement into a peace treaty in 2018. But that goal was not achieved.

Inter-Korean cooperation stalled after a summit between Kim and U.S. President Donald Trump in Vietnam's Hanoi in February last year collapsed over differences over denuclearization and sanctions relief. 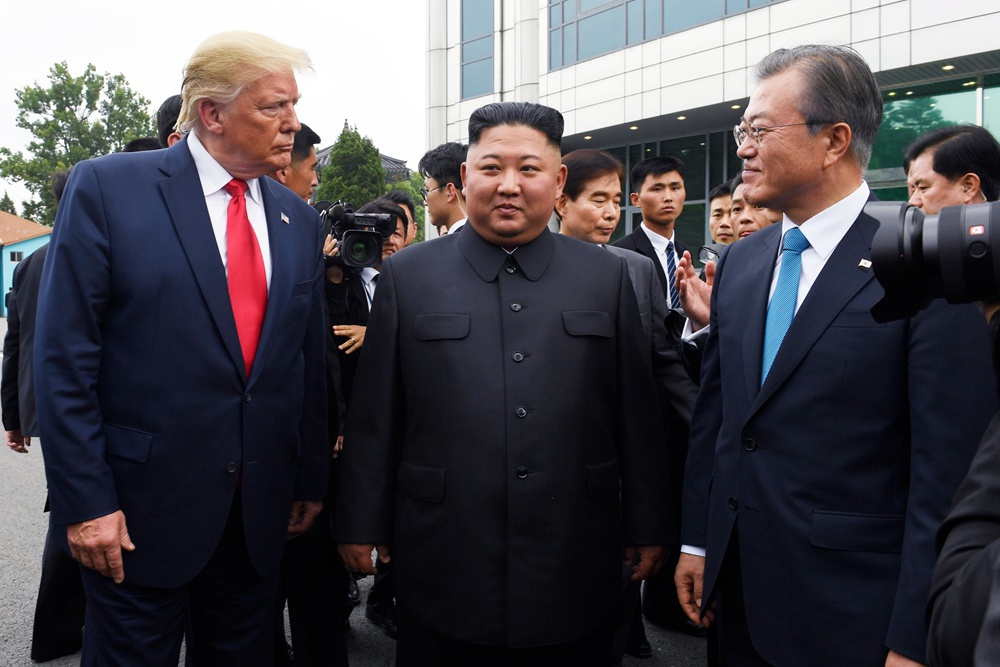 With the prolonged deadlock in U.S.-DPRK talks, experts believe the recent escalation of tensions on the peninsula reflected Pyongyang's frustration over Seoul's failure to advance inter-Korean relations.

"China believes that the main sticking point is that the DPRK's legitimate concerns have not been given due attention and resolved, and the denuclearization measures taken by the DPRK have not been responded to accordingly," Chinese Foreign Ministry spokesperson Hua Chunying said on June 12, the second anniversary of the first Trump-Kim summit in Singapore.

"Building mutual trust and breaking the impasse on the peninsula requires concrete actions," Hua said at a regular press briefing. "The U.S. side should take concrete actions to implement the consensus reached by the DPRK and the U.S. leaders, respond to the DPRK's legitimate concerns on development and security, and safeguard the hard-won situation of amelioration and dialogue on the Korean Peninsula."

U.S. Secretary of Defense Mark Esper and ROK Defense Minister Jeong Kyeong-doo issued a joint statement on Thursday to mark the 70th anniversary of the start of the Korean War, urging the DPRK to abide by the agreements it reached with the U.S. and the ROK in 2018.

"Both leaders call on North Korea (DPRK) to meet its commitments in alignment with agreements such as the joint statement signed in Singapore after the North Korea-U.S. summit and the September 19 inter-Korean military pact," the statement said.

On the other hand, DPRK's official paper Rodong Sinmun published a series of articles in honor of the anniversary, which stressed ideological education and patriotism without direct criticism of the U.S., according to Yonhap.