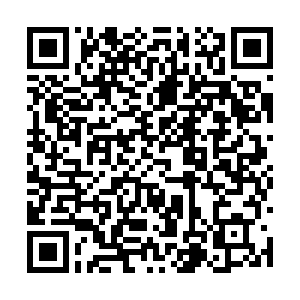 However, the historic handshake in Panmunjom was later considered more symbolic than substantial as no new talks happened since then. 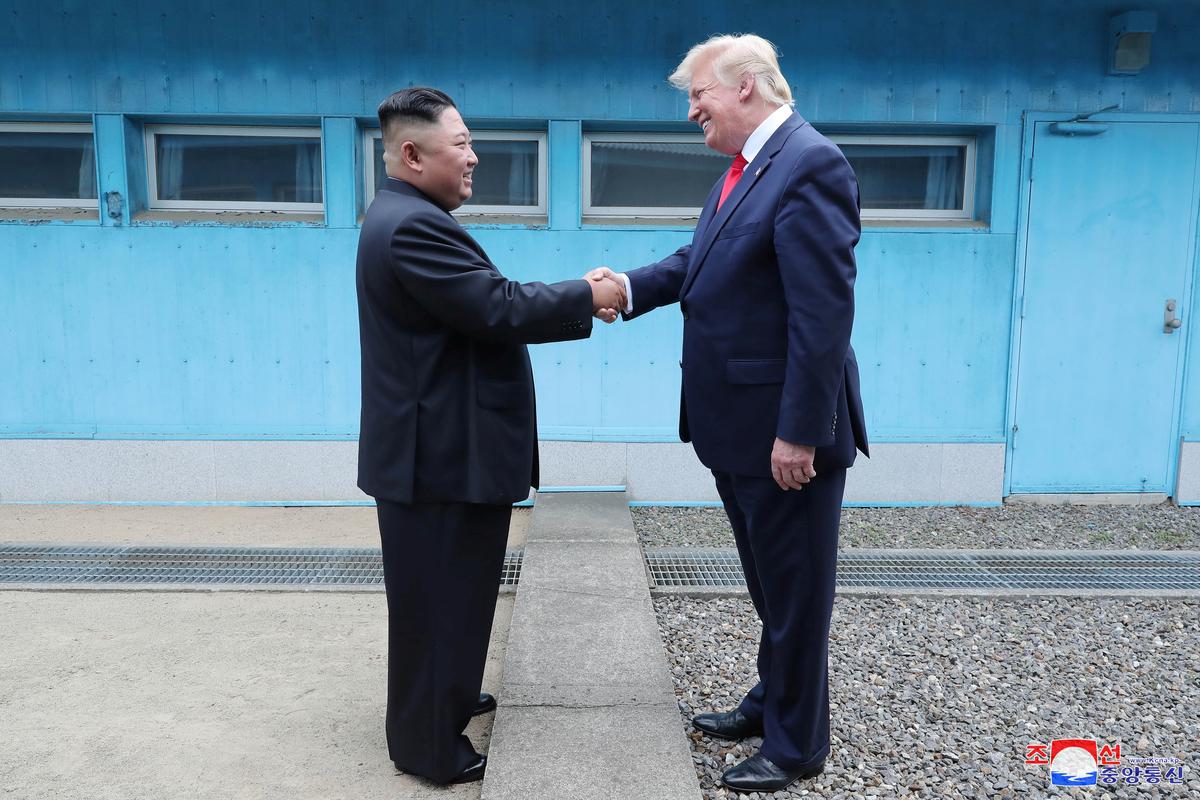 The two Koreas marked the 70th anniversary of the Korean Peninsula's division last Thursday amid a recent hike in tensions.

The DPRK cut off all communication lines and demolished the inter-Korean liaison office building in its border city of Kaesong earlier this month in protest against anti-Pyongyang leaflets sent across the border by Republic of Korea (ROK) civic group activists, mostly defectors from the DPRK.

Seven decades at war: Is peace possible for Pyongyang and Seoul? 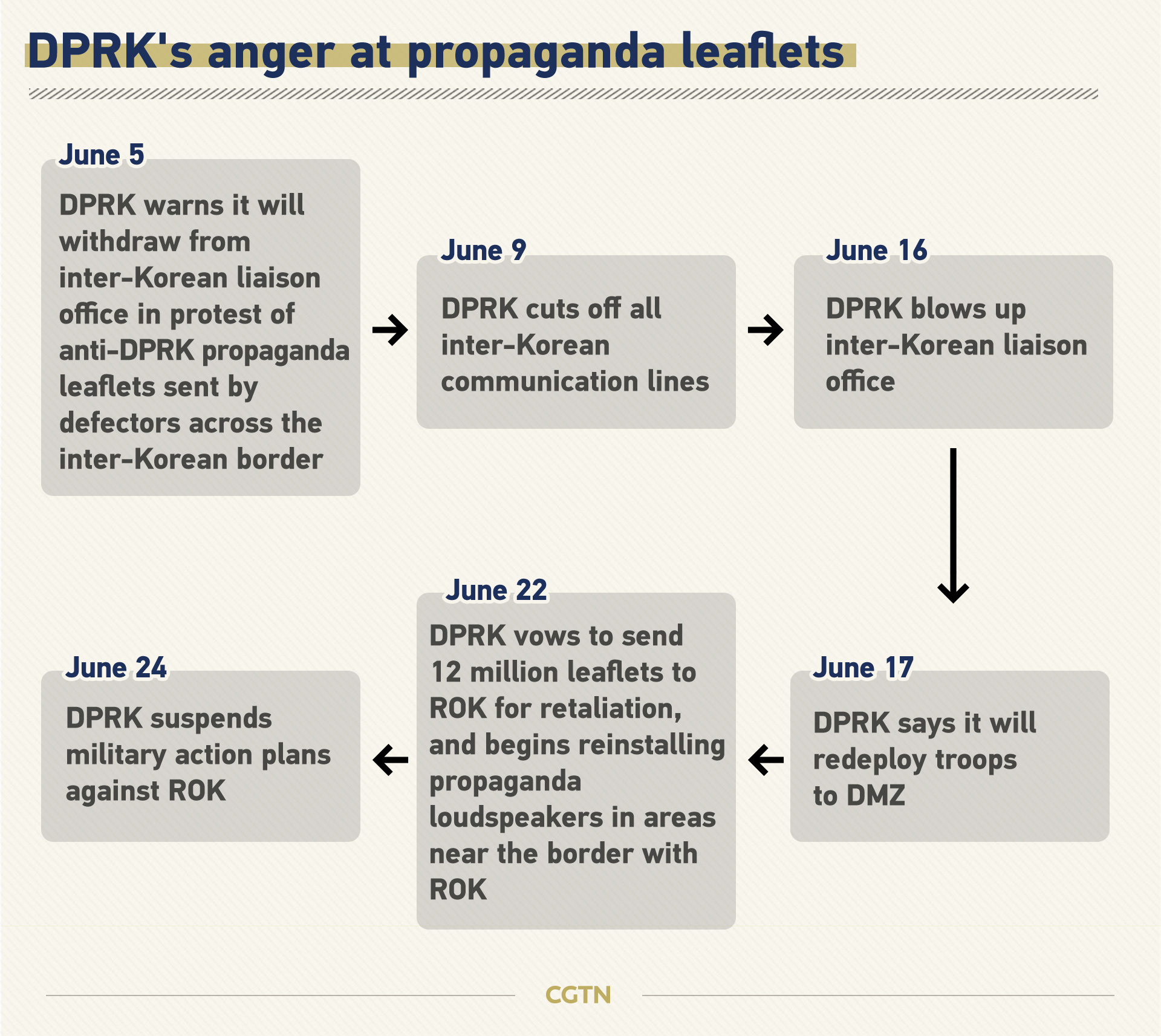 The ROK then responded, it would "strongly respond" if the situation worsens.

It marks the eight time the DPRK deactivated the hotline since the first hotline was established in 1971.

DPRK's official newspaper Rodong Sinmun in an article published on June 22 stressed inter-Korean ties have been driven into a catastrophic phase due to ROK authorities reckless act and the official state media Korean Central News Agency (KCNA) warned of "retaliatory punishment" for the ROK.

Noting Korean Peninsula as the world's "last-remaining Cold War frontier," ROK's Yonhap news agency on June 21 said two sides have fallen into "a vicious circle of arms race" in the past 70 years.

More than leaflets, Moon Chung-in, a special advisor to ROK President Moon Jae-in, said the DPRK's recent acts was due to its frustration at Seoul's failure to move ahead inter-Korean ties.

Why is the DPRK breaking away from the peace process?

While Moon Chung-in also said the ROK cannot push forward ties because it is also beholden to international sanctions and its ties with the U.S.

Yang Xiyu, a senior fellow at China Institute of International Studies also pointed out the true aim of DPRK's recent moves is to catch Washington's attention.

The DPRK criticized the ROK for hesitating to move forward joint economic cooperation projects. However, what really fettered the ROK is the sanction imposed by the U.S., Yang said.

According to Yang, what is at stake in the current quagmire is mistrust or "mutual strategic distrust." The U.S. insisted the "complete denuclearization of the Korean Peninsula" but the DPRK wanted the guarantee of a peaceful environment and lifted sanctions.

"Easing of the military tension on the Korean peninsula cannot be realized just with unilateral restraint and the result of good-will actions, but it can only be protected and guaranteed through mutual efforts and patience based on mutual respect and trust," he said.

From DPRK's perspective, they have already made some compromises. The country has joined a series of projects aimed at improving inter-Korean cooperation, suspended missile test and destroyed its nuclear testing site at Punggye-ri.

Trump's former National Security Advisor John Bolton in his new book confirmed that Trump has pledged to Kim in their first Singapore summit that he would halt joint military exercise.

However, the U.S. and ROK resumed their joint military drill in November of 2018, breaking Trump's promise.

On June 17, Trump extended existing U.S. sanctions on DPRK for another year, which showed Washington still has little interests in easing sanctions.

Bruce Klingner, a former CIA Korea analyst noted the "DPRK does not like to be ignored" so it has launched series of provocation to alarm the ROK and the U.S.

On the occasion of the 70th the Korean War outbreak, the DPRK used harsh rhetoric against the U.S. rather than the ROK. In a statement published by the KCNA, it said its country has no choice but to counter "nuclear with nuclear" over the "hostile policy" of the U.S. due to failed bilateral dialogue.

A week after the demolition of the liaison office, Kim decided to suspend the country's military action plan against the ROK. Analyst saw Kim's action as a "keep-them-guessing" behavior.

Moon Chung-in said he didn't know Kim's intention either but warned of the need to prevent an accidental military clash.

Yang noted the DPRK still has the willingness to directly talk with the U.S. and still respects the April 2018 Panmunjom Declaration.

Under the consensus reached between the two Koreas, both DPRK and ROK removed their propaganda loudspeakers at the border. However, earlier this month, the DPRK began to reinstall them but later backtracked and removed them again.

Meanwhile, it appears the U.S. is unwilling to make efforts responding to the DPRK's concern, the tension in the Peninsula could escalate again, he added. 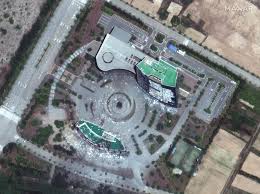 A satellite image shows a close up of the damaged inter-Korean liaison office and administration building in Kaesong, DPRK, June 22, 2020. /Reuters

A satellite image shows a close up of the damaged inter-Korean liaison office and administration building in Kaesong, DPRK, June 22, 2020. /Reuters

Klingner said the DPRK might be considering a "splashy move" around October trying to "act as a spoiler" in the U.S. presidential election.

Frank Aum, a former Pentagon senior adviser on DPRK disagreed. He is more inclined to the situation where the DPRK continues its minor provocation for the following month but unlikely to cross the "red lines" – launch a nuclear test or intercontinental missile.

In terms of Trump's attitude, Moon Chung-in referred to Bolton's new book saying "if you read the Bolton memoir very carefully, you can get an impression that Trump made a decision but could not carry it out."

"Bolton's book shows that President Trump really liked Kim Jong Un and wanted to give something to him and wanted to prevent additional sanctions," he said.

Aum said whoever takes office next January should at least learn a lesson from the past four years that "superficial" summits with all-or-nothing U.S. policies was useless when handling ties with the DPRK.

Faced with the triple threat of public health, economic and social crisis, Yang said the U.S. president who is now fully devoted to the 2020 election lacks the motivation to come up with a plan on the DPRK.

He added no matter who is the next U.S. president, the new U.S. strategy towards the DPRK, which is key to U.S. foreign policy, won't be declared until next year so the impasse would likely continue until next year.

If the U.S. and the DPRK can't work out their quagmire, the inter-Korean relations cannot reach participial improvement either, Yang noted.

Whether a new handshake between U.S. and DPRK leaders comes or not, China's position is that the Korean Peninsula issue should be solved through dialogue and consultation. And related parties should go back to negotiating table with sincerity as soon as possible.