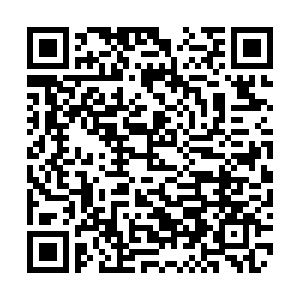 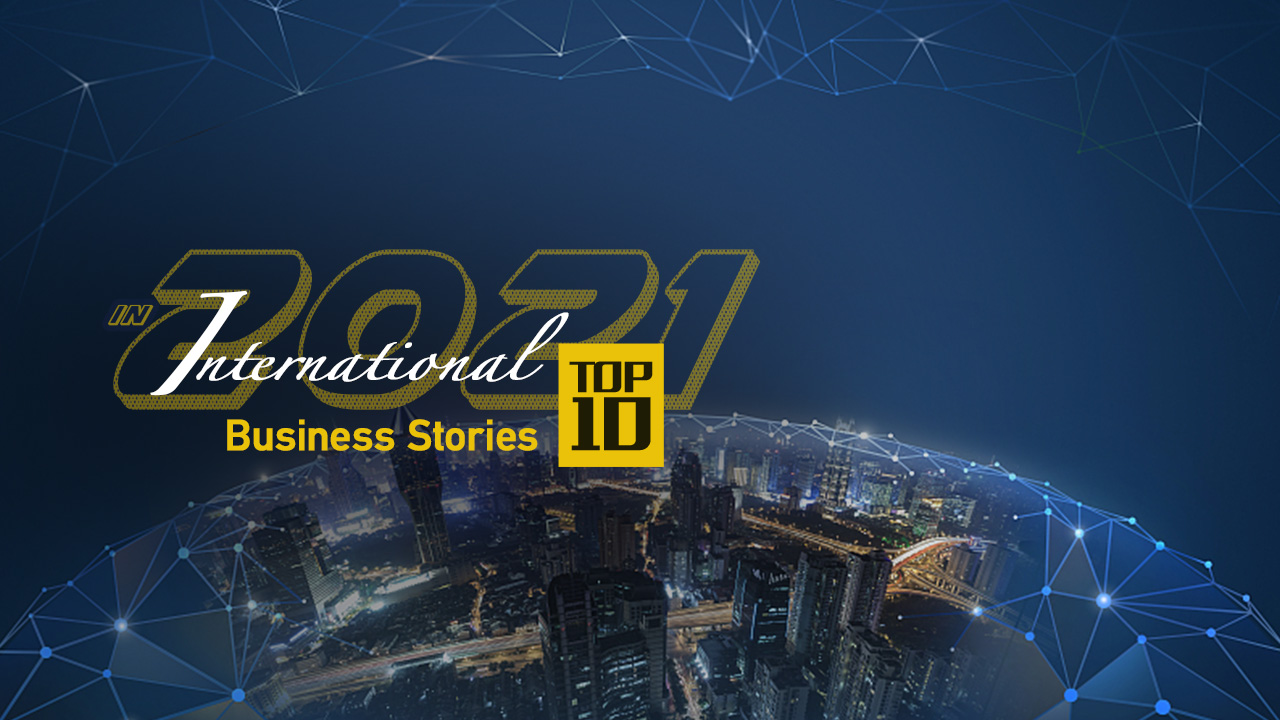 The China Media Group on Friday revealed its list of the Top 10 International Business Stories of 2021, including global cooperation on trade and climate, the new challenges the global economies face, and the new race track companies have jumped on. They are:

This year marks the 20th year anniversary of China's entry to the World Trade Organization (WTO). Joining the WTO allowed China to enter a period of what has been described as "miraculous" economic growth.

Over the course of 20 years, China's GDP has increased by over 10 folds, propelling itself to the second largest economy in the world from the sixth.

China has also made a great contribution to global trade by reducing tariffs, opening its market, and actively participating in negotiations of multilateral trading rules.

20 years in the WTO: How China changed world trade

The 1,035-kilometer-long railway is a docking project between the China-proposed Belt and Road Initiative and Laos' strategy to convert itself from a landlocked country to a land-linked hub.

The railway "could provide Laos with a land link to global and regional supply chains, which could make the country more attractive to investors, create new jobs, and accelerate economic growth," the World Bank said in a 2020 report on the railway's connectivity potential.

The 26th United Nations Conference of Parties on Climate Change (COP26) opened in October in Glasgow, Scotland, the first conference after the five-year review cycle under the Paris Agreement inked in 2015.

Chinese President Xi Jinping, who made remarks in a written statement for the World Leaders Summit at the COP26 to the United Nations Framework Convention on Climate Change, called on all parties to take stronger action to jointly tackle the climate challenge.

Besides setting the country's own goals of peaking carbon dioxide emissions by 2030 and achieving carbon neutrality by 2060, China is in constant talks with global powerhouses including the U.S. and the European Union, to develop global cooperative collaboration.

From Paris to Glasgow: China is in action to protect the planet

Despite forecasts of a rapid recovery in the global economy this year, it still faces several severe and unexpected challenges.

No one anticipated that there would be a shortage of semiconductors or containers, an energy crisis and a record rise in natural gas prices, and now also significant problems in the global supply chain.

Analysts warn that problems with global logistics and distribution will continue until 2023.

What's gone wrong with supply chains and how can they be fixed?

Why is there a global supply chain crisis?

Since the pandemic hit, central banks around the world have launched easy money policies to shore up crumbling economies. The U.S. central bank cut its benchmark lending rate to zero at the start of the COVID-19 pandemic and implemented a massive bond-buying program aimed at providing liquidity to help the world's largest economy weather the damage.

While the Quantitative Easing (QE) method did put the U.S. economy on a fast recovery track, it also sent the country's inflation to a record high.

While world markets have been crippled by higher fuel prices and transportation interruptions in recent months, factors that have taken a toll on food prices.

The Rome-based FAO said its overall Food Price Index climbed by 1.2 percent compared to October, averaging 134.4 points for the month – its highest level since June 2011.

Global food prices are at highest level in 45 years

The International Energy Agency in October said a global energy crunch is expected to boost oil demand by half a million barrels per day (bpd), add inflation pressure and slow the world's recovery from the pandemic.

The world energy balance is changing before our eyes

8. The U.S. army withdraws from Afghanistan after spending over $2 trillion, Taliban retake control

After 20 years of digging in the trenches and fighting the almost imperishable Taliban, the U.S. has finally given up on Afghanistan, bringing a sordid close to its longest war in history, and the Taliban retook control of the country.

The U.S. has spent approximately $2.26 trillion on the war in Afghanistan, according to the estimates made by the Costs of War Project at Brown University this April, when Biden announced full U.S. troops withdrawal. That translates into over $300 million per day over the past two decades. Looking back at the enormous costs the U.S. paid in both economic and human terms, the result they produced is minimal.

In Afghanistan, the unwinnable war cost U.S. $300 million per day

Carried by decarbonization goals most leading nations now take seriously, 2021 has been a game changer in the history of EV sales.

A total of 6.4 million vehicles (EVs and plug-in hybrid electric vehicles combined) are expected to be sold globally by the end of the year, which would represent a 98-percent year over year increase, database platform EV-volumes said.

China Association of Automobile Manufacturers expected the country's 2021 sales volume of electric and hybrid cars would double that of last year.

Auto executives expect EVs to own half of China market by 2030: survey

After decades of deferred promises, the space tourism industry started, beginning with sending the super-rich and celebrities on short flights aboard privately-funded craft.

It started with Richard Branson, who took a 90-minute suborbital flight aboard his Virgin Galactic space plane. Amazon founder Jeff Bezos came a close second when he rode in his firm Blue Origin's New Shepard. Then New Shepard flew again on October with new passengers, including Star Trek actor William Shatner. Meanwhile, in September, SpaceX sent a spacecraft into orbit without any government-trained astronauts aboard, paid for and commanded by billionaire Jared Isaacman.

This is only the beginning. Next year, firms and country programs are looking to capitalize more on space tourism.

Space tourism to blast off