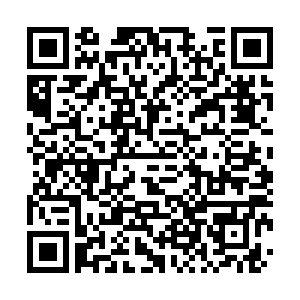 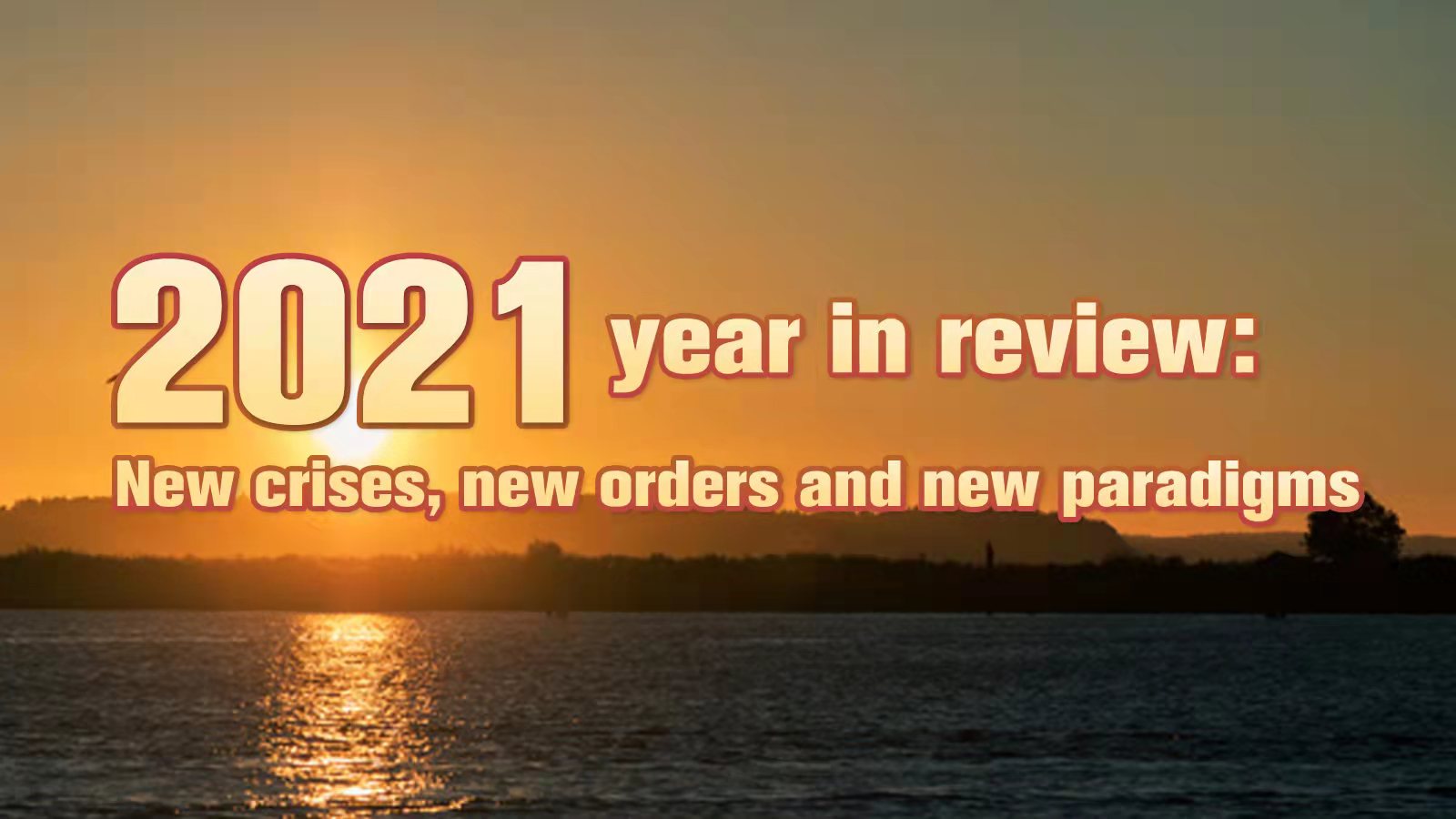 Editor's note: This is the in-depth summary article of the "2021 Year in Review" series on "New Crises, New Orders and New Paradigms." The article reflects the summarized authors' opinions and not necessarily the views of CGTN.

This is the last day of 2021, a year of new crises, new orders and new paradigms. The crises devastated people with lightning and thunderstorms, the orders questioned people with gale and cloud, and the paradigms made people confident about their future with sunshine in the bluest sky.

This year, many countries were still plagued by the ongoing COVID-19 pandemic, and Delta and Omicron variants are worsening the situation, but gladly vaccines were there just in time.

Tedros Adhanom Ghebreyesus, director-general of the World Health Organization, noted that "at the time of writing, more than one-third of the world's population is fully vaccinated."

Meanwhile, many economies were still trying to recover from the pandemic, but they were faced with a supply-chain crisis. Why? Djoomart Otorbaev, former prime minister of the Kyrgyz Republic explained that "the main reason for the boom in traffic was a colossal pumping of liquidity by central banks in the U.S., Europe and Japan."

Climate is an old problem with new focal points. The ice and snow in the Arctic melted faster than ever before and the area saw its first rain in centuries. Outside the Arctic area, people in many cities have seen extreme weather conditions with floods and drought, which caused great environmental disaster for all the living species on Earth. The good news is that all relevant parties sit together to discuss biodiversity at COP15 in China's Kunming and all parties especially the U.S. and China signed another agreement at COP26 for the better lives for their offspring.

As Tu Ruihe, UNEP representative for China, pointed out in the article "UNEP and China: A shared green dream" that "China's role in regional and global environmental protection efforts has transformed from a participant, follower and contributor to a leader, adding even more positivity to its image as a responsible major country."

Throughout the year, people of many nations have witnessed leadership changes, but whether these politicians would make their people's lives better still remains a question mark, as citizens of some war-torn countries once again experienced uncertainty with new politicians trying to build new orders, with refugees in desperate need for help.

First of all, on January 6, the world was shocked to see rioters storm the U.S. Capitol. Although half a month later, Joe Biden was sworn in as the new president, people in and out America have not seen things go better since then.

Sun Chenghao, a research fellow at the Center for International Security and Strategy at Tsinghua University, said that actually nothing has changed really in his article "New crises and a new stage: 1 year into Biden's China policy", "The Biden doctrine is another form of 'America First'."

Secondly, with the Tokyo 2020 Olympics, Japan was also under much spotlight this year. However, it became irresponsible to other neighboring countries as its government decided to dump the Fukushima nuclear wastewater into the Pacific, and the COVID-19 cases in the cities continue to rise, even during the Olympics.

This led to the election of a new prime minister, Fumio Kishida. All eyes gazed at him from the beginning of his term of office in October. Although he tried to actively build a new order by putting new officials in several senior positions, there are still limits, as Chen Yang, an adjunct research fellow at the Center for Japanese Studies at Liaoning University, said in his article "Can Fumio Kishida foster a new order in China-Japan ties?" that "amidst the intensifying rivalry between China and the U.S., it is difficult for Japan to fundamentally adjust its China policy if there is no obvious turnaround in China-U.S. relations." 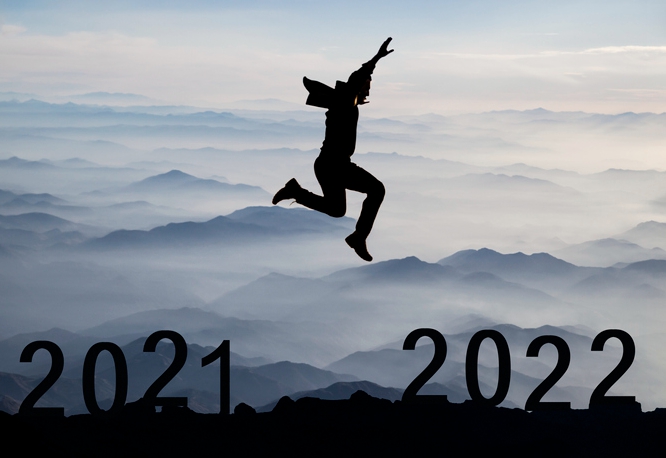 Thirdly, as the U.S. got a new president after four years, one of its most important allies in Europe - Germany - also got a new chancellor. Angela Merkel ended her 16-year tenure, longer than any U.S. president after World War II.

When a strong politician leaves the stage, many would expect there would be drastic policy changes. However, as stable as Germany is, her successor, Olaf Scholz from the Social Democratic Party, seems set to continue Merkel's policies. But just like Japan has its limits, Germany also faces its own reality, as Zhang Mengyuan, a 2019-2020 German Chancellor fellow at Alexander von Humboldt Foundation, mentions in her article "Post-Merkel political order: old reform or new inheritance?" that his policy approach will need to "balance the strong will to change of his coalition partners in the Green Party and the Free Democratic Party."

She also points out that "after Merkel's farewell to the Chancellery, voices have been raised that Germany should build more Chinakompetenz (China competence), especially in terms of education and diplomacy, to enhance the narrative and the understanding of complicated China."

Fourthly, this year, the most dramatic changes come from the Middle East and its neighboring Afghanistan, with major elections happened in Iran, Israel and Iraq, a rebranding of an organization by Turkey, and a new Afghan order shaped by the withdrawal of U.S. troops and the return of the Taliban.

Yin Gang, a research fellow at the Institute of West Asian and African Studies of the Chinese Academy of Social Sciences, wrote in his analysis that although the three elections in different nations led to new leaders and ended some political eras, their policies will likely remain similar or the same.

While the U.S.' influence in the region has been declining, China's role has been more constructive than ever before, as Irene Wang, an international observer at Liaowang Institute, said in her article, "China is now the region's single largest investor and the largest trading partner to 11 Middle Eastern countries." With a special focus on Afghanistan, "When most aid was frozen from the West, China pledged $37 million worth of humanitarian assistance," and by the end of the year, according to the latest reports, Afghanistan's caretaker government began to distribute the China-aided humanitarian supplies to the country's 34 provinces.

With uncertainties more than ever in many parts of the world, the only certainty is that with a new paradigm, China has got new and bright answers not only for its own people for many years to come, but it is also willing to cooperate with all countries that share the notion of peace and prosperity for all humankind.

Ian Goodrum, a member of the Edgar Snow Newsroom and the international department of the Communist Party of the United States, praises China in his article "A new paradigm: China takes 14th Five-Year Plan as bold step into 2022", "it is China that gave the world the firmest solutions into the future."

China passed two great documents this year, one was in spring and the other was in winter. The spring document blossoms with a brand new plan - 14th Five-Year Plan for National Economic and Social Development (2021-2025) along with Long-Range Objectives Through the Year 2035.

In Goodrum's words, China makes plans and keeps that promise annually, "Each year, China sets goals and meets them, proving to the world that it is possible to enjoy a stable, sustainable development that benefits all."

The winter document was a resolution to survey the century of the Party's history, comprehensively contextualizing the journey it has been on since its founding in 1921.

Another new paradigm that the U.S. needs to adapt was concluded by Keith Lamb, an Oxford graduate with an MSc degree in Contemporary Chinese Studies, who wrote in his article that "the world is transitioning from unipolarity, dominated by the U.S., to a multipolar order characterized by the relative diffusion of power to other countries, like Russia and China."

The world has changed forever, not just in 2021. But more questions were posed. Where will we go from now on? How should we act? Although China has many great answers, its people also needs to cooperate with all people from all over the world, because we live in a shared future for all humankind.