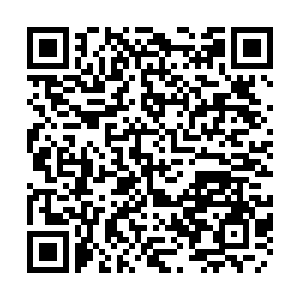 The United States and Russia will hold security talks in Geneva from Sunday to Monday, followed by a meeting of the NATO-Russia Council on Wednesday and a broader meeting of the Organization for Security and Co-operation in Europe (OSCE) on Thursday.

The world will also watch the development of the riots in Kazakhstan and a Wednesday session of the United Nations Security Council on Sudan, where new demonstrations broke out to demand a return to civilian rule.

Security talks between U.S. and Russia

The security talks between the U.S. and Russia will take place in Geneva on January 9-10 amid tensions along Ukraine's eastern border. The talks are also expected to address Russia's recent security proposals.

Russia last month sent a draft agreement to NATO and a draft treaty to the U.S. both on security guarantees in Europe for the Western countries to consider. Moscow has asked Washington to prevent further eastward expansion of NATO and deny former Soviet republics accession to the alliance.

Russia also demanded that the U.S. and NATO do not deploy offensive weapons in its neighboring countries.

After the meeting between U.S. and Russian officials, talks will continue in Brussels within the framework of the NATO-Russia Council on January 12 and within the OSCE on January 13.

Violent protests in Kazakhstan, particularly in the country's largest city of Almaty, have led to multiple deaths over the past days, according to various reports.

Tokayev said on Friday that constitutional order had been largely restored in all regions of Kazakhstan. He vowed on Saturday that there would be no talks with the "terrorists."

China said it strongly rejects any attempt by external forces to provoke unrest and instigate "color revolutions" in Kazakhstan, and that it supports all efforts that are conducive to the Kazakh authorities calming the situation as soon as possible.

How the situation develops in the next week will be closely watched by Kazakhstan's neighbors and the world.