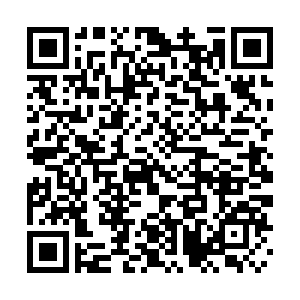 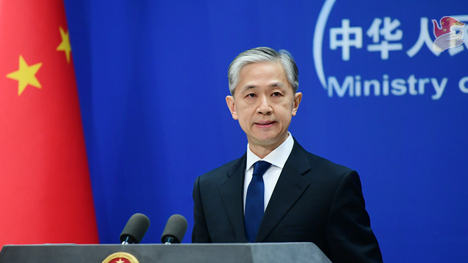 China has extended its support to India hosting this year's BRICS leadership summit saying Beijing will work with New Delhi to strengthen the bloc, dispelling concerns that the border dispute between the Asian neighbors will affect the forum.

"We support India in hosting this year's BRICS meetings and stand ready to work together with it and other members to strengthen communication and cooperation in various fields, advance the three-pillar-driven cooperation in economic, political, and cultural sectors, and expand 'BRICS Plus' cooperation to realize the solid, sound and sustained progress in BRICS cooperation," he said responding to a question on whether the border situation may affect BRICS cooperation. 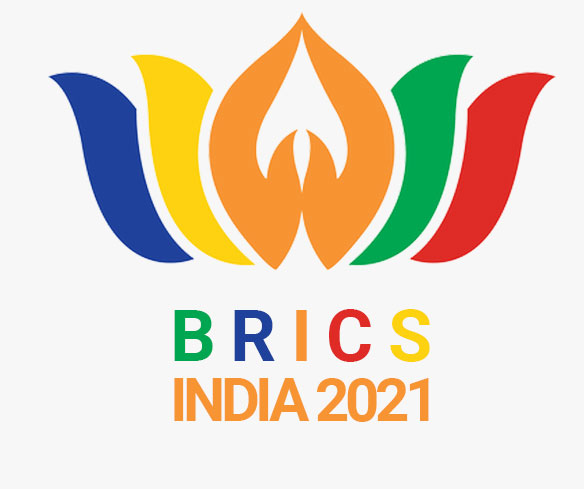 The official logo of this year's BRICS summit. This will be the third time India will be hosting the summit. /via www.brics2021.gov.in

The official logo of this year's BRICS summit. This will be the third time India will be hosting the summit. /via www.brics2021.gov.in

BRICS, consisting of emerging markets and developing countries, is a cooperation mechanism with global influence. In recent years, with growing cohesion, stronger practical cooperation and rising influence, BRICS has become a constructive force for stability in international affairs, the foreign ministry spokesperson asserted.

New Delhi took over from Moscow the rotating annual chairship of the five-member bloc comprising Brazil, Russia, India, China and South Africa on January 1 and is scheduled to host the leadership summit in the second half of this year, for which the dates are yet to be announced.

"The priorities for BRICS during the year include reform of the multilateral system; counter-terrorism cooperation; technological and digital solutions for sustainable development goals; and enhancing P2P (people to people) cooperation," according to a statement from India's Ministry of External Affairs.

The last BRICS summit under Russia's chairship was initially scheduled to take place in St. Petersberg from July 21 to 23, 2020, but had to be restructured as a virtual online event on November 17, 2020 due to the COVID-19 pandemic.

This will be the third time India will be hosting the BRICS summit since the bloc was founded, initially as BRIC in 2006 (South Africa joined in 2010). India hosted the previous summits in 2012 in capital New Delhi and in 2016 in the coastal city of Goa.

China has hosted the BRICS Summit twice in 2011 in Sanya City, China's southernmost island province of Hainan, and in 2017 in Xiamen City, east China's Fujian Province.

While it is not yet certain if India will be able to pull off a physical summit this year, however Indian media reports are already speculating that a prospective summit will likely offer a chance for a face-to-face meeting between the two countries' leaders amid easing border tensions following the recent military disengagement from the frontlines.

It is important to note that following the Doklam border standoff in the summer of 2017, Indian Prime Minister Modi attended the BRICS summit in Xiamen City in September of that year and also held talks on the sidelines with Chinese President Xi Jinping, a meeting that subsequently led to a thaw in bilateral ties.

The two leaders then met for their first informal summit in Wuhan in central China's Hubei Province on April 27-28, 2018. The second Xi-Modi informal summit was held in the coastal town of Mamallapuram in the southern Indian state of Tamil Nadu on October 11-12, 2019. This was their last face-to-face meeting before ties took a nosedive following border clashes last June.

In recent weeks, matters between the two Asian neighbors are looking to improve with successful military disengagement from near Pangong Tso near the western sector of the disputed border; and with New Delhi reportedly set to ease restrictions for investments from China.