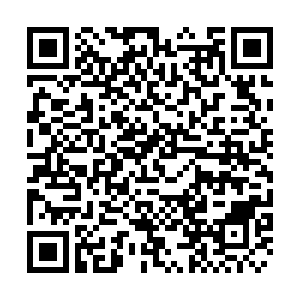 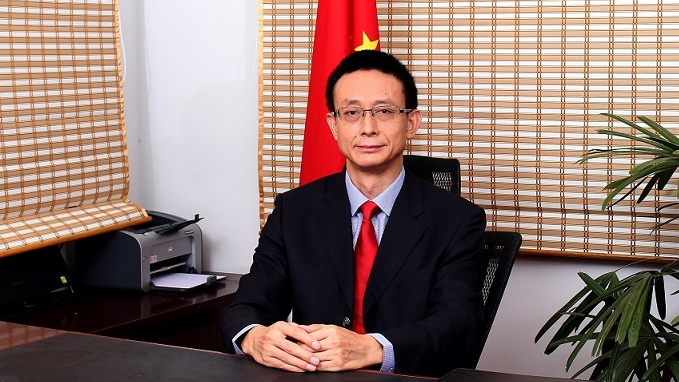 As two of the world's largest vaccine producers, China and India have every reason to join hands and work for the final victory against COVID-19, a Chinese envoy said as he called for cooperation between the two Asian nations in the global fight against the pandemic. Reminding India that "a close neighbor is dearer than a distant relative," Tang Guocai, the Chinese consul general in Mumbai, also highlighted Beijing's support in New Delhi's COVID-19 fight amid a devastating second wave.

"At the call of President Xi Jinping, the Chinese governments of various levels, especially civil organizations and business community are making every effort supporting India to fight the virus," Tang said at a seminar on Tuesday organized by the Chinese Consulate in Mumbai in association with the Yunnan International Research Center and the South India Education Society, according to the transcript of his speech published on the consulate's website.

"As a matter of fact, China is providing the vast majority of oxygen concentrators and other medical supplies India needs. China is the first country to get out of the pandemic and resume development, offering India and the region huge opportunities. We are glad to find the second wave of COVID-19 here is melting down," he added, emphasizing that a collaborative effort between the two Asian neighbors can play an important role to control the pandemic regionally as well as globally.

China was among the first countries to extend its support to India as COVID-19 cases surged in the second wave, with President Xi sending a "message of sympathy" and assuring cooperation to Indian Prime Minister Narendra Modi.

Since early April, Chinese manufacturers have received orders for more than 60,000 oxygen concentrators from various Indian NGOs and agencies, half of which have already been delivered along with over 5,000 ventilators and tens of thousands of oximeters.

Chinese Consul General Tang however lamented the mixed signals coming out of India, which wants Beijing to keep supply lines open but at the same time continues to implement "protective" policies targeted at Chinese firms.

"It is self-contradictory for some Indian media and think tanks to ask China to keep the supply chain open on the one hand, and threaten decoupling with China on the other. Such opportunistic and protective ideas will only add up to the problem," Tang said.

China has criticized India's recent moves to bar Chinese telecom firms such as Huawei and ZTE from its 5G rollout trials. India has also imposed stringent curbs on foreign direct investment (FDI) coming in from countries that it shares a border with, seen widely as targeting China without naming it.

"The essence of India-China relationship is that how the two of the largest developing countries in the world live in harmony, develop and rejuvenate together. The consensus of the leaders of our two countries, which is 'not to pose threat to each other, provide development opportunities for each other', shall be implemented earnestly together," the Chinese envoy said.

Tang compared the calls for economic decoupling with the Western "hawkish strategy" and "wolf pack tactics," that he predicted "will eventually shoot themselves in the foot."

Rise of Asia: RCEP vs Quad

Citing the Regional Comprehensive Partnership Agreement (RCEP) as a key example of cooperation and multilateralism, the Chinese envoy said his country has always welcomed India in the free trade zone. Tang also offered a contrast in approach between RCEP and the Quadrilateral Strategic Dialogue (Quad) which brings together Australia, India, Japan and the United States.

"The vibrant Asia-Pacific region is leading towards a new wave of multilateralism and free trade. The integration and development of East Asia, South Asia and Southeast Asia are unstoppable," he said.

"The RCEP is a free trade zone with the largest population, the largest GDP and the greatest development potential worldwide. RCEP, a sound grouping for development, has always opened its door to India, as a community of Asian destiny," he emphasized.

On the other hand, Tang noted that "the group of four (Quad) advocates so-called democratic alliance, and targets certain specific country in an attempt for containment."

"Frankly speaking, although the haze of the epidemic has not dissipated, the 'Cold War' mentality has been outdated long back. As a matter of fact, Asia stands in the east of the world, thus within Asia the so-called East-West divisions or controversies are ridiculous, purely western mentality," he remarked.

Criticizing the historic legacy of Western colonialism and militarism, Tang said it only brought profound disasters and painful lessons for China, India and Asia. "Looking back, India and China were glorious ancient civilizations and paradise for Western colonizers to explore. Major developing countries like China and India can only achieve development and prosperity when they stand on their own feet."

"Only through common development by India and China, the rise of Asia and the return of civilization will truly be achieved," he concluded.

A roadmap to bring China-India ties back on track

How has China responded to India's COVID crisis?