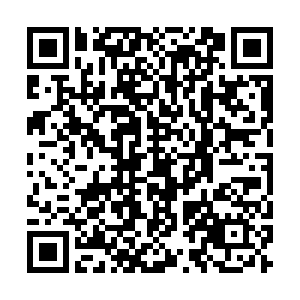 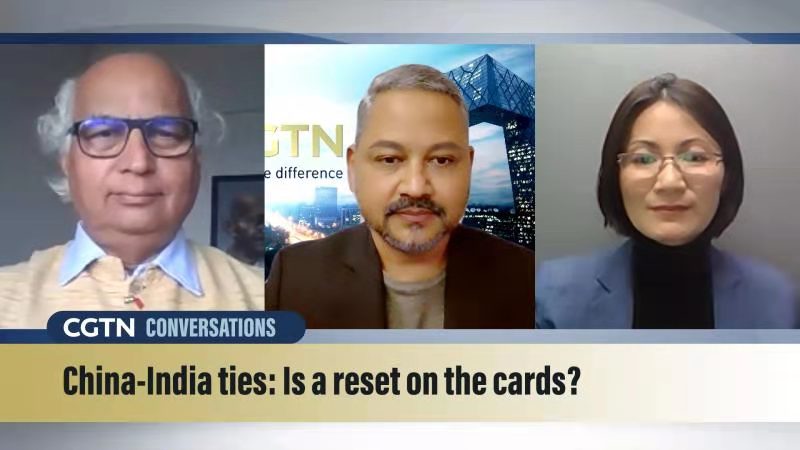 Describing the decades-long border issue between the two Asian powers as the "most serious disturbing factor", the Chinese and Indian experts advocated for a prioritized resolution of the border problem to ensure a military crisis does not crop up every now and then.

Earlier this month, China and India decided to pull back their troops from the Pangong Tso area in the western sector of the disputed border, known as the Line of Actual Control (LAC), after eight months of eyeball-to-eyeball deployment in one of the world's harshest terrains and weather conditions.

"The military disengagement is a good sign. We had a very difficult year behind us on India-China relations, and I hope this is a good start for both sides," said Lu Yang, a research fellow at Tsinghua University's Institute of the Belt and Road Initiative.

"There is a long way to go towards building mutual trust. We have been doing this for decades, yet the border issue is the most serious disturbing factor which sets the relationship in a delicate course. It would be regretful if security issues dominated the bilateral ties. Confidence-building measures need to be multi-fold with military and economic measures covered," said Lu, who is also an associate member of the South Asia Institute at the University of Heidelberg.

Concurring with the Chinese expert, Sudheendra Kulkarni, a prominent commentator on India's foreign policy and an aide to former Indian Prime Minister Atal Bihari Vajpayee, admitted that the two countries face "enormous trust deficit" that needs to be "corrected" promptly.

"I am immensely relieved and happy at the military disengagement. I can tell you that millions of peace-loving people in India are similarly relieved. We would like to see that this process is completed and is taken to its logical end so that there is absolutely no scope for whatsoever for any such skirmish between the two militaries along the long LAC," said Kulkarni, who is also the founder of Forum for a New South Asia, an organization with an aim to promote trilateral cooperation between India, China and Pakistan.

"There has been an enormous trust deficit that has been created and this must be corrected. From trust deficit, we should now move towards trust building," he said, adding that resolving the border problem must be the top priority in the list of confidence building measures.

"After all, the border dispute is at the root of the crisis that happened last year. If we don't resolve it, some such thing will happen again, creating a trust deficit again. Therefore, it is important that this issue should be resolved through a sense of and in the spirit of mutual accommodation and mutual compromise once and for all," he said.

Both Lu and Kulkarni agreed that confidence building measures must include the entire gamut of bilateral ties, including economy and people-to-people relations.

"Since the beginning of 21st century, economic ties have become the impetus of the relationship and also intensified the people-to-people contact, which is crucial for the two societies and for mutual understandings," Lu said.

"There should be a sense of responsibility on both sides that we shall not let our relations go into deep freeze. Rather, as we should now move towards all kinds of confidence building measures in economic cooperation. Investments are absolutely critical," Kulkarni concurred.

Signs of steps, small but evident, are being seen in this direction as well. India is reportedly planning to ease restrictions on Chinese investment, many of which were suspended or delayed at the height of the military face off. Also, China emerged as India's largest trading partner in 2020, overtaking the U.S., despite the COVID-19 disruptions and border tensions.

"Unfortunately, there are some people who believe that the economies of India and China should be decoupled. But now that the disengagement process has begun and shall be completed, we should resume economic cooperation in trade, investment and joint ventures," Kulkarni remarked. 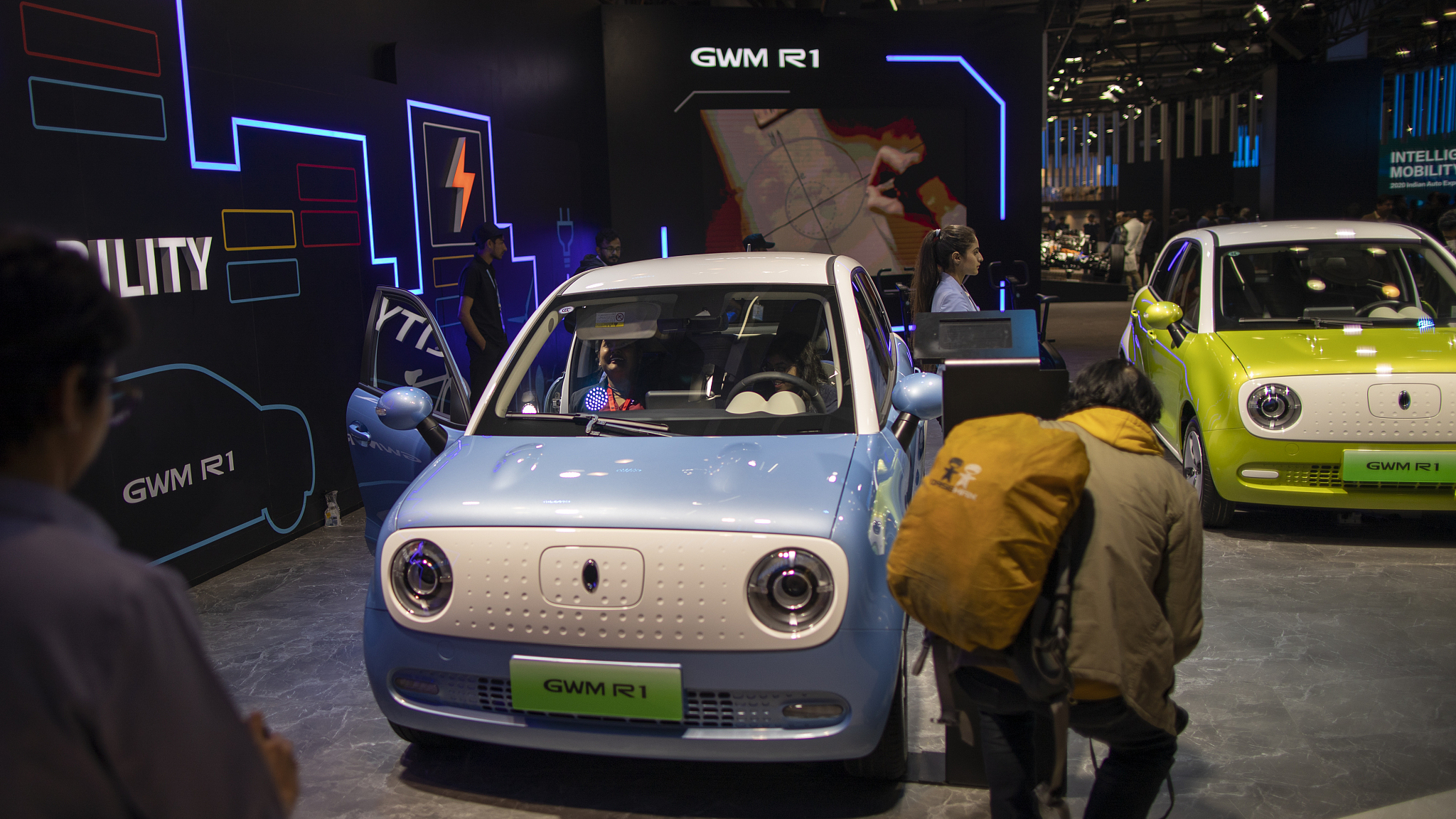 Conceding that the Indian market remains attractive for Chinese investors, Lu said that security risks in the backdrop of the recent developments are genuine concerns for many Chinese firms, which India will need to allay in due course.

"Many proposals are delayed due to the military tensions and the COVID-19. If some delayed proposals, like the one by Great Wall Motors, can be soon approved and the projects could be carried on without too many complications and barriers, at least from the government's side, and the border situation could be kept stable, I believe, Chinese investors with gradually gain confidence," she said.

'Xi-Modi summit not far-fetched, will happen when time is ripe'

In another positive sign, Chinese State Councilor and Foreign Minister Wang Yi and India's External Affairs Minister S Jaishankar talked on the phone this Friday, where too, they emphasized the need to enhance mutual trust. The sides also agreed to set up a hotline for timely exchange of views, according to a statement released by the Chinese foreign ministry.

Also, India is scheduled to host the BRICS summit in the summer of this year, for which China has extended its support, raising the chances of direct contact between Chinese President Xi Jinping and Indian Prime Minister Narendra Modi.

While Kulkarni hoped that India could host the BRICS leaders in a physical summit if the COVID-19 situation improves, that can pave the way for Xi's visit to India, indicating a "very positive signal" for bilateral ties, Lu was more measured in her response saying although the possibility of a Xi-Modi meet is not "far-fetched" that would happen only gradually when the "time is ripe".

"I think the mechanism has been established, and the two governments will make good use of it. Now, we still need to observe the border so that the military disengagement in other border areas can run smoothly and to confirm the situation is under control. The recovery of bilateral ties will happen gradually and step by step," the Chinese research scholar said.

"Our two leaders have met more than 18 times since 2014, including the two informal summits. The informal summit mechanism itself is extremely useful to create a certain strategic level understanding and consensus between the two leaders as they need to work together with multiple global platforms such as BRICS, G20 and the Shanghai Cooperation Organisation (SCO)," Kurkarni noted.

"India and China can actually contribute to reshaping the new world order, because we are seeing the most unprecedented geopolitical changes in over a century. So, this is the right time for our two leaders to continue talking to each other in a very fruitful, meaningful and honest and frank manner," he said.

'India must maintain strategic independence, not get dragged in anti-China alliance'

Both analysts also shared their thoughts on how the new Joe Biden administration in the U.S. may impact China-India ties. President Biden, in his first policy speech last month, maintained Washington's position that Beijing is the "most serious competitor" while also reiterating his support for the Quad and Indo-Pacific strategy, which are seen as part of its China-containment policy.

Both Lu and Kulkarni expressed hope that India will be able to pursue its strategic independence and not become a part of any alliance that has the containment of China as its primary objective.

"Yes, the danger is that India could get dragged in the U.S.-led strategy to contain China, but many factors are at play here," Lu said, adding that despite Biden's recent assertions on Quad and Indo-Pacific strategy, domestic politics will remain Washington's top priorities for now.

"The U.S. may not pay much attention on global issues, as it previously did, and its ties with allies have been severely damaged under the Trump administration. For India, keeping stable relations with its biggest direct neighbor should be wise in terms of economic as well as strategic considerations for India. Because we are neighbors and it's difficult to move your neighborhood," she reasoned.

"And I think it is also a very important issue in India to keep its strategic independence, although there's lots of discussions on whether India will move more closely towards the United States, especially on security cooperation, but I think strategic independence is deeply rooted India's tradition and it will seriously consider these issues," Lu said.

Acknowledging that the change of guard in Capitol Hill is not just important for the U.S., but for the entire world, Kulkarni says he would welcome any "competition" between the U.S. and China as long as it doesn't become a "confrontation".

"President Xi Jinping had said in a speech some years ago that there are a thousand reasons why China and the U.S. should cooperate for mutual good, but there is not a single reason why there should be a confrontation between the two countries," he said.

"If China and the U.S. begin a new chapter in their relationship based on cooperation and peaceful dispute resolution, it will mean a lot of good for India, because India would not like to be on anybody's side for containing a third country," he asserted, hoping "that India will maintain its traditional policy of strategic independence and not get dragged in any military alliance against our great neighbor China."