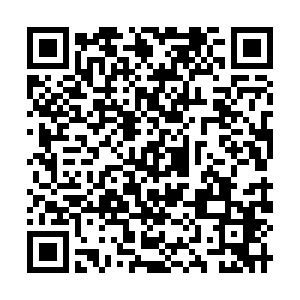 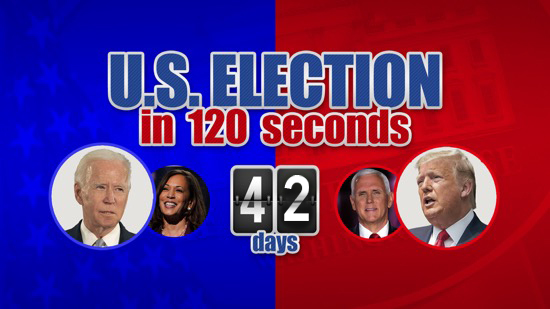 With six weeks to go until the U.S. presidential election, Joe Biden holds a 7.8-point national polling lead, according to CGTN analysis, marginally down over the past week as Donald Trump claws his way back into the contest.

Here's what you might have missed from the past seven days.

As both candidates hit the campaign trail in Minnesota, where Trump is hoping to cause an upset, the race for the White House was upended by the death of Supreme Court Justice Ruth Bader Ginsburg, a liberal and feminist icon who passed away aged 87 on Friday.

Appointing conservatives to federal courts has been one of Trump's greatest achievements – and a factor which has kept traditional Republicans, often troubled by his conduct in other areas, onside.

Graphics: Trump closes in on Biden in battlegrounds

Now the president has the opportunity to reshape the court for a generation, with a third conservative pick of his term that could redefine American life even if he loses the election – on issues from abortion rights to Obamacare – as well as rule on any legal problems from the 2020 vote itself.

Trump, who clashed with the heads of the Centers for Disease Control and Prevention and FBI this week, will hope the looming battle over his nominee, who he says will be a woman, will galvanize his supporters, remind waverers why they backed him in 2016 and drown out criticism of his handling of the COVID-19 pandemic, as the U.S. death toll from the disease approached 200,000.

However, the politics and timing of the choice is far from simple. Is pushing through an appointment weeks before the election going to help or hinder the Republicans? Early polls suggest a clear plurality of voters are opposed to a pre-election appointment.

And of course the politics works both ways. Biden insists the winner of the election should nominate Ginsburg's replacement and will use the Republican attempts to force through a new justice to rally his own supporters – though it's unclear how he can stop it, if enough Republican senators decide to back the president's choice.

Both Trump and Biden took questions from voters in town hall events, over the past week, a warm up for the first presidential debate, which takes place on September 29 and has the potential to be a turning point in the election, which voters in Minnesota, Virginia and South Dakota started to cast ballots in on Friday.

Scan the QR code below to check out CGTN's U.S. election interactive special for exclusive data as well as the latest news, explainers, cartoons and analysis.