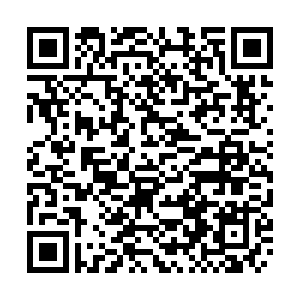 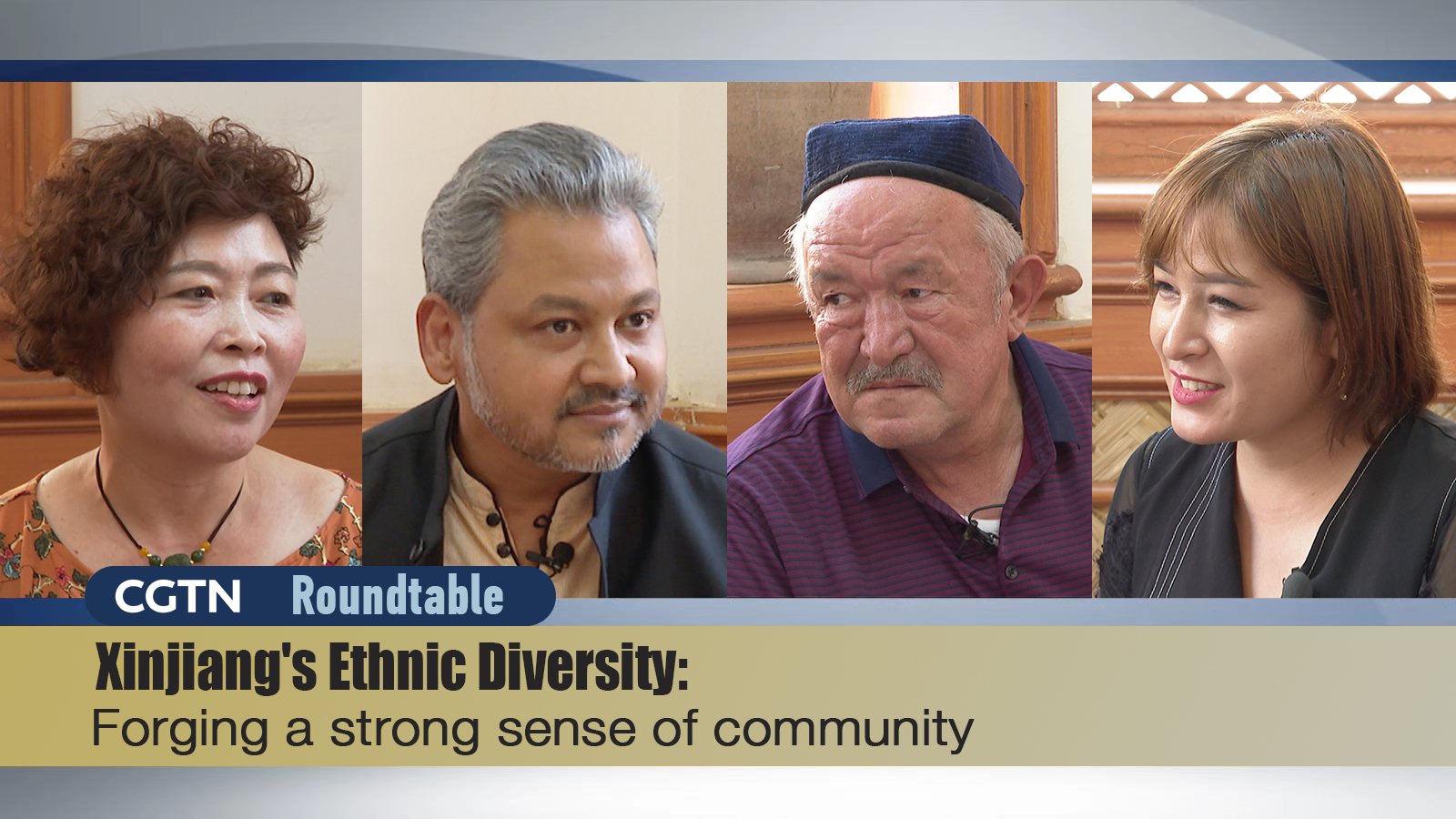 Xinjiang is one of the most diverse regions of China. While lately, for several reasons, there has been a constant international focus on the Uygurs, who form the largest ethnic group in the autonomous region, Xinjiang is in fact home to more than 50 ethnic groups.

From the time of the Ancient Silk Road over the past two millennia, religious and cultural interactions between these ethnic groups have produced Xinjiang's unique multicultural identity.

In many ways, Xinjiang's various ethnic groups reflect the "strong sense of community" that was highlighted by Chinese President Xi Jinping as he appealed for equality and unity among ethnic groups in China at last month's Central Conference on Ethnic Affairs.

"First of all, I am a Chinese national, and then comes my Uygur identity, which is among the 56 ethnic groups of the Chinese nation. All 56 ethnic groups are members of our family, and we are part of this family," Razia Mamat, a 30-year-old Uygur woman asserted at the CGTN Roundtable held recently at a historic 100-year-old tea house in Kashgar Ancient City.

Mamat's sentiments were echoed by her fellow panelists at the roundtable. "We are united as a big family," stressed Wei Yun, a 50-year-old woman representing the Han community. "All the ethnic groups live in harmony," concurred Abduwahap Helil, a 75-year-old Uzbek resident of Kashgar.

To maintain such harmony, preservation and continuation of language, culture and tradition of minority ethnic groups are the key and in Xinjiang, this element is most abundantly on display.

"In schools, Uygur language and Mandarin are taught at the same time. So, we can speak Uygur or Mandarin with our Uygur compatriots in our daily life," Mamat remarked.

"I can use our Uzbek language, Mandarin or Uygur language to communicate," quipped Helil. "We also sing and dance to our own folk music," he added.

Helil noted that each community carries out social events such as weddings and funerals in accordance with their respective customs and rituals. "Our cultural traditions are perfectly preserved and it makes me happy," he said. "At the same time, we live in a constantly developing society, so we actively absorb some excellent modern culture to enrich our culture," Helil added philosophically.

Despite their distinctive cultures, members of the various ethnic communities interact and participate actively in each other's festivals and social activities.

"When we celebrate these festivals, all ethnic groups are together, including the people of the Han community. Other ethnic minorities also celebrate the Spring Festival with Hans," added Wei.

'A strong sense of well-being'

Owing to China's Belt and Road Initiative (BRI) which aims to revive Xinjiang's ancient role as a major trading hub between China and Central Asia, the region has witnessed rapid economic progress in recent years. This has substantially improved the lives of many in and around the cities of Kashgar, Urumqi, Hotan and Turpan.

When asked to respond on how the BRI-linked initiatives have affected the lives of common people, the roundtable panelists cited the improved living conditions in Xinjiang and praised the government and the Communist Party of China for these welcome changes in unison.

"Thanks to the Party and the government, there are obvious changes in the development and transformation of the Ancient City. And we are deeply impressed by environmental sanitation. We are grateful to the Party and government for giving this good environment, so that we can improve our businesses," Wei said.

"The Party has done a good job in promoting economic development. That is why the economic situation of ethnic minorities, including Uzbeks, has improved over the years. We enjoy many good policies of the country," said Helil, adding that his own family business has reaped the benefits of progress.

Mamat nodded in agreement. "Everyone is equally enjoying the policies enjoyed by all ethnic groups. Regardless of life, education, medical and health care, they all enjoy these policies that benefit the people of the country."

"While fully preserving this culture, we are also encouraging everyone to participate in the transformation of the Ancient City, which is equivalent to providing a lot of employment and entrepreneurial positions," she elucidated.

"Through these policies for the benefit of the people, the living conditions of the residents are constantly improving, and their sense of well-being is very strong," Mamat remarked.

The panelists also rubbished the Western allegations of human rights violations, including claims of forced labor in the cotton industry, in Xinjiang.

"They are just slandering our country. They don't like the fact that our country is developing very fast, and we are very happy. They are not familiar with the situations here. Moreover, our Xinjiang cotton production is all mechanized, and the sales help us increase our incomes and improve our living standards," remarked Helil.

"The Western allegations on human rights here are ridiculous. We are now living in nice apartments and houses, we are living a good life, and life is very happy. If they don't believe it, they can come and see for themselves. They shouldn't just sit there and make up such unrealistic remarks," said Mamat.

She too emphasized that modern agricultural practices in Xinjiang excludes any such manual labor that could be considered "forced." Moreover, "everyone has their own choices for employment and entrepreneurship. No one forces them to grow cotton," she added.

Stating that Western claims on Xinjiang are not only unrealistic but also malicious, Wei concluded: "We believe that evil does not suppress righteousness."

Xinjiang: A Gateway to China's Belt and Road Initiative