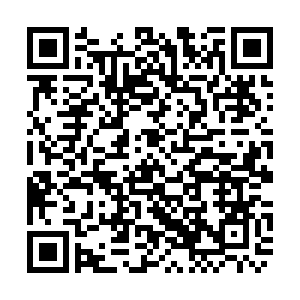 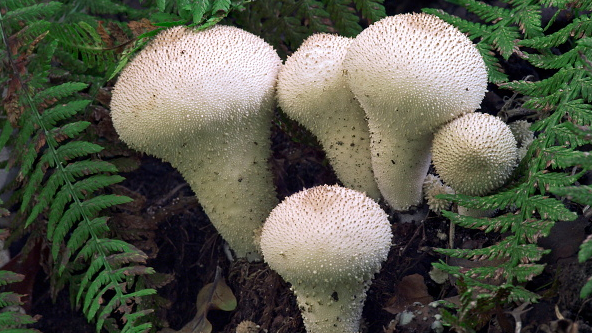 Have you ever seen fungi releasing gas like animals? Well, the common puffball can, but the wind that they break is actually their powdery spores.

As "perlatum" in its scientific name "Lycoperdon perlatum" suggests, the common puffball is a "widespread" species. It is seen in fields, gardens, along roadsides, or even in the grassy golf course. Its resemblance to a golf ball in shape and size often confuses golfers. 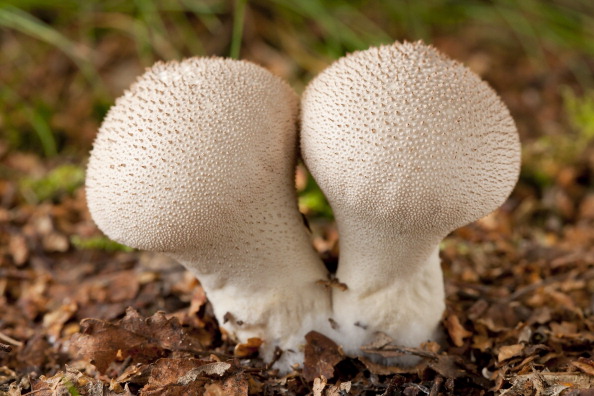 The common puffball looks like an inverted white pear. It has whitish or brown spiny bumps on top that can be rubbed off to leave a net-like pattern.

These fungi are white and firm while young, but as it matures it turns brown and powdery. A mature common puffball develops a hole at the top, and when a raindrop falls on it or a passing animal touches it, it releases spores. A single puff can release over a million spores. 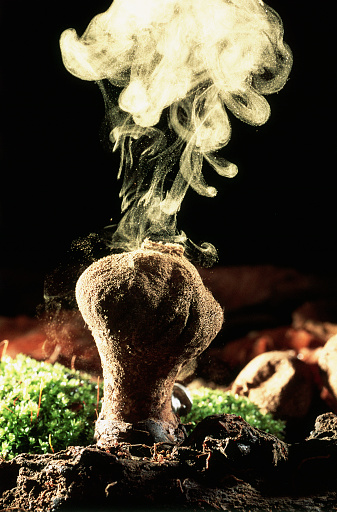 A puffball releases a cloud of spores into the air. /Getty

A puffball releases a cloud of spores into the air. /Getty

For foodies, their most concerned question might be whether it is edible. The answer is yes, but on the condition that it is young. If you slice open its body and find it's purely white, you are safe to fry it or put it in soups.

One last interesting fact is that it can be used as an indicator of soil pollution because it can bioaccumulate heavy metals like cadmium and lead from the soil. 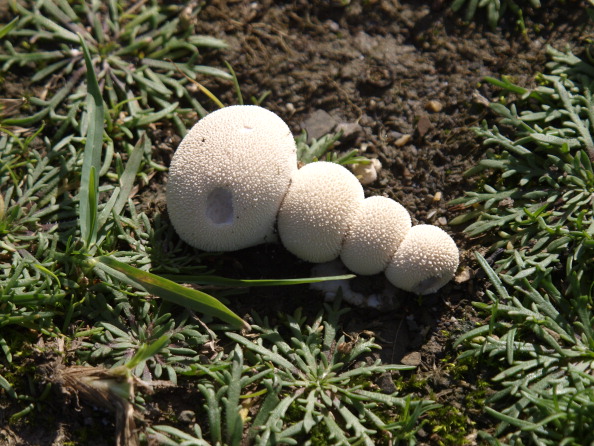