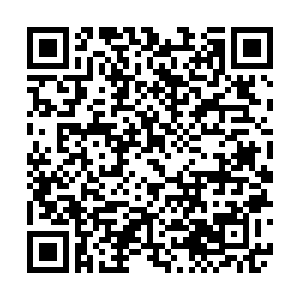 With little more than a week left before U.S. President Donald Trump leaves office, U.S. Secretary of State Mike Pompeo made a statement on January 9 that his department was lifting the "self-imposed" restrictions on U.S. officials' interactions with China's Taiwan region.

Here are three important questions related to the move.

What are the 'self-imposed' restrictions?

In a statement, Pompeo said for several decades, the U.S. State Department had imposed complex internal restrictions on American diplomats and other officials when it came to interacting with Taiwan officials. Justifying his action, Pompeo said Washington had "unilaterally" created the restrictions to promote ties with China.

The State Department's foreign service manual says that U.S. government officials may not use their official passports when traveling "to, from, or through" Taiwan because the U.S. does not have official diplomatic relations with Taipei.

Previously, in 2018, President Trump signed the Taiwan Travel Act into law, which says it should be the U.S. policy to allow officials at all levels to travel to Taiwan. Pompeo also said that going forward, relations between the executive branches of the U.S. government and Taiwan will now be handled by the American Institute in Taiwan (AIT), adding that this change had already been stipulated in the Taiwan Relations Act. 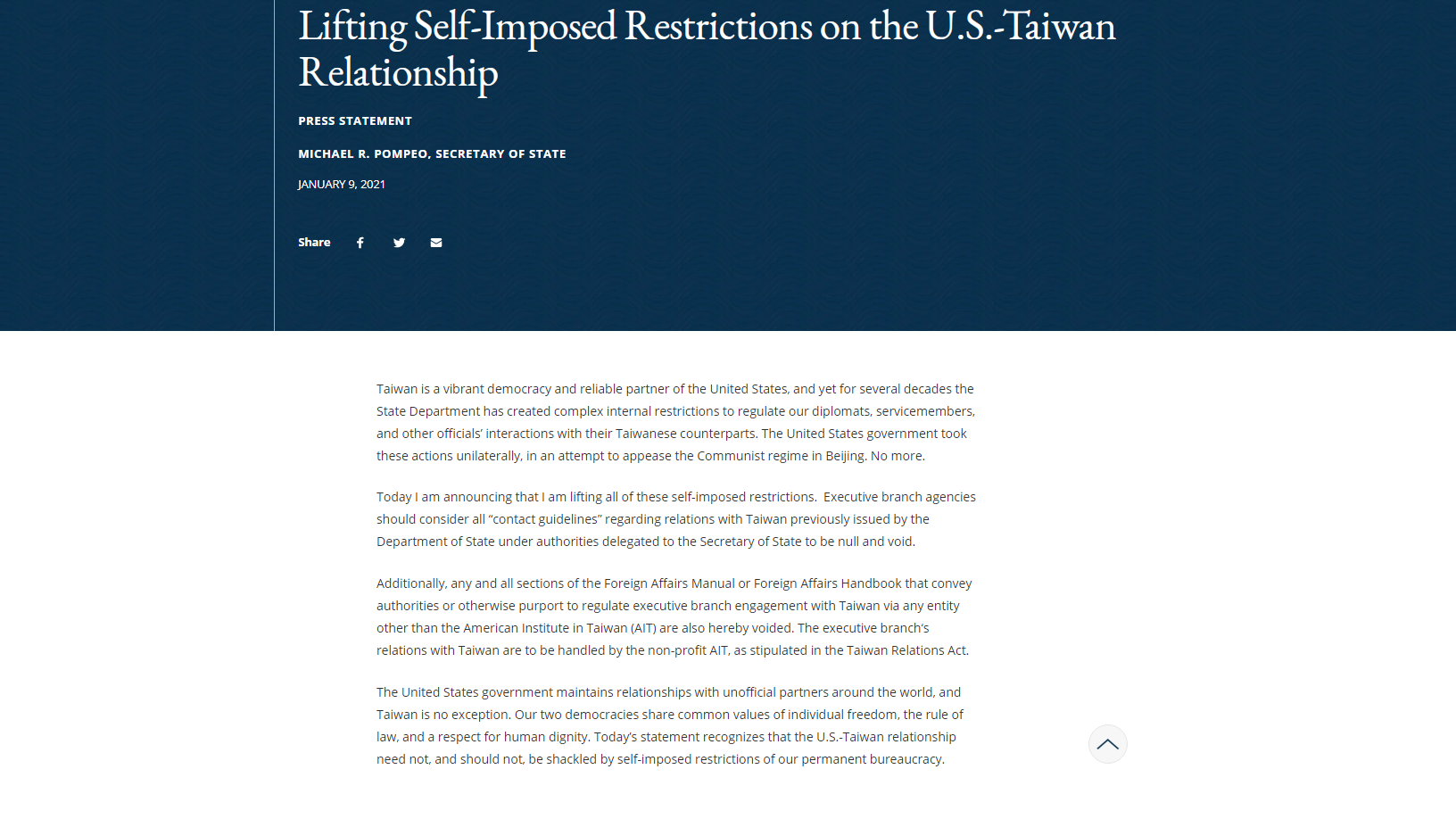 Screenshot of Pompeo's decision on interactions with China's Taiwan region.

Screenshot of Pompeo's decision on interactions with China's Taiwan region.

In the three China-U.S. joint communiques, the most fundamental political documents that have ensured stability and progress in bilateral ties over more than four decades, Washington has not only recognized that "there is but one China and Taiwan is part of China," but also promised that "the people of the United States will maintain cultural, commercial and other unofficial relations with the people of Taiwan."

The State Department did not immediately respond to questions seeking to clarify if this rule will be changed and if so how will it affect U.S. officials traveling to Taiwan region.

What other Taiwan-related moves has U.S. made recently?

On January 7, U.S. Secretary of State Mike Pompeo also announced that U.S. Ambassador to the United Nations Kelly Craft will visit the Taiwan region from January 13 to 15. Should this happen, it would be the first visit to Taiwan by any incumbent U.S. ambassador to the UN.

On January 7, Clarke Cooper, U.S. assistant secretary of state for political-military affairs, attended and addressed the so-called online "political-military dialogue" with Taiwan authorities. According to media reports, both sides discussed sensitive issues including military cooperation and arms sales in a video conference. It is reported that similar dialogues have been held for several years. However, they were never revealed to the public except for this time.

In August and September last year, the Trump administration sent its Secretary of Health and Human Services Alex Azar and a senior state department official, Keith Krach, to Taiwan.

Moreover, with the U.S. escalating the blame game against China over the course of COVID-19, the Trump administration has been voicing support for the Taiwan region's participation in the World Health Organization by restoring the island's observer status in the World Health Assembly. 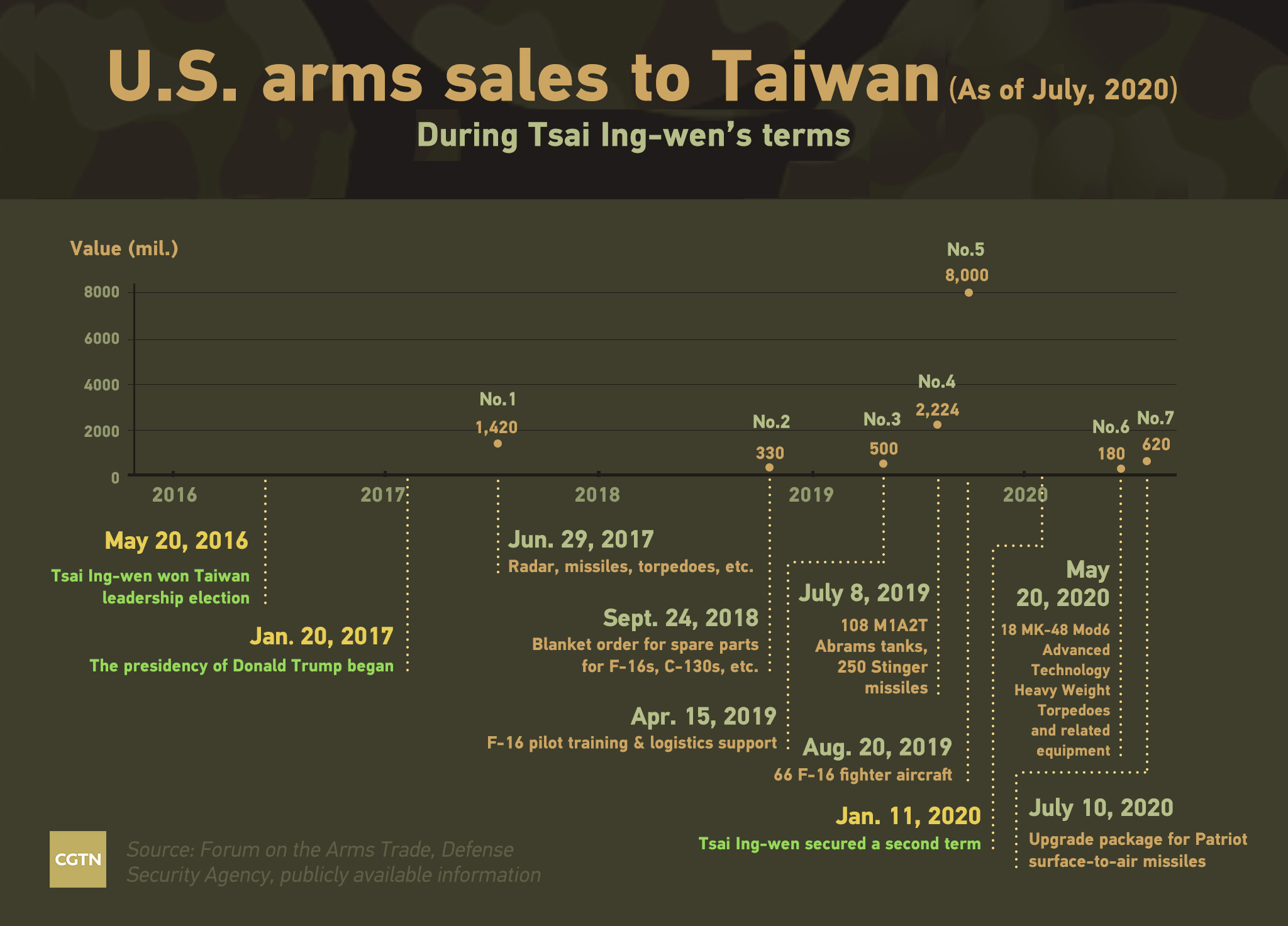 Furthermore, arms sales from U.S. to Taiwan are also important strategies used by the U.S. According to the Stockholm International Peace Research Institute (SIPRI) Arms Transfers Database, from 1979 to 2018, 77 percent of arms imported by Taiwan were of U.S. origin. The Obama administration (2009-2017) notified Congress of more than $14 billion in Foreign Military Sales (FMS) to Taiwan and licensed another $6.2 billion in direct commercial sales, according to the Congressional Research Service.

What's behind these moves?

Some experts say that Pompeo's latest move is aimed at making things harder for the upcoming U.S. president, all the while serving for own vested interests. This move also comes at a time when the U.S. itself is suffering from multiple challenges domestically, including the riots at the U.S. Capitol and the impeachment by the U.S. House of Representatives.

During an interview with CCTV, Teng Jianqun, director of the Department for American Studies and a senior research fellow at China Institute of International Studies, said that Trump's administration is trying to limit the space for Biden to adjust the government's policies toward China, especially with respect to Taiwan, so that Biden can't escape this "trap."

He also pointed out that unlike Trump's strategies without bottom lines, the Biden administration will undoubtedly keep playing the "Taiwan card," but by "more subtle or indirect means."

"The Biden administration will rightly be unhappy that a policy decision like this was made in the final days of the Trump administration," said Bonnie Glaser, an Asia expert at Washington's Center for Strategic and International Studies think tank, as Reuters reported.

Biden's 'diverse' foreign policy team, and what it means for China

Zhou Wenxing, assistant professor at Nanjing University's School of Government and research fellow at the University's Huazhi Institute for Global Governance, expressed in an article published by CGTN that the U.S. is more likely to reduce the sensitivity of the Taiwan issue and bring stability back to the Taiwan Straits.

"Biden is expected to prioritize domestic affairs over foreign ones once he is sworn in as new president. The Biden-Harris transition team has already issued four top challenges on day one posted on its transition website: confronting a coronavirus, an economic crisis, calls for racial justice, and climate change. The former three domestic challenges would drain plenty of the new administration's limited energy to cope with foreign affairs," he wrote.