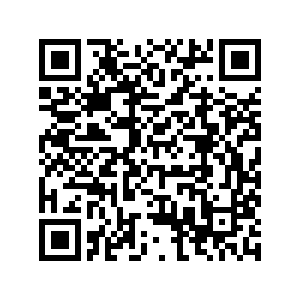 Have you ever seen "swirling clouds" on dead trees? Of course, they are no real clouds, but a kind of mushroom named "cloud mushroom" or Yun Zhi (云芝) in Chinese. Due to their resemblance to the tail of a strutting turkey, they are also known as turkey tail mushrooms. 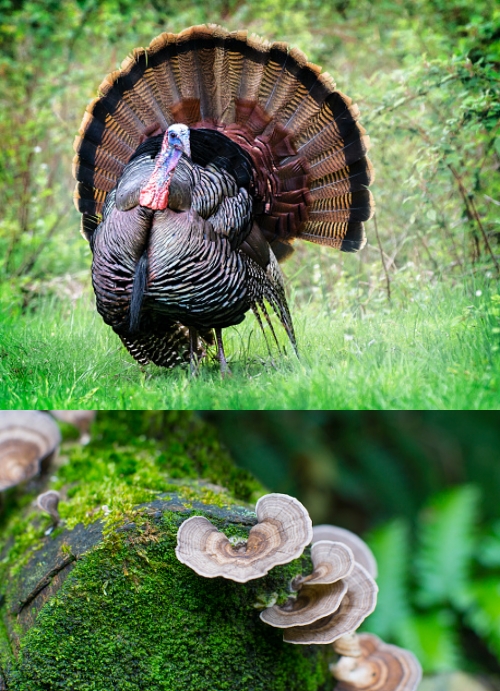 Turkey tail mushrooms have even more scientific names. If you come across names like Trametes versicolor, Coriolus versicolor and Polyporus versicolor, don't be confused, they all refer to the same mushroom. The Latin word "versicolor" means "of several colors," which vividly depicts their wide range of color variations. Although shades of brown are the most commonly seen, you may find them with stunning bands of blue, red, orange or green. 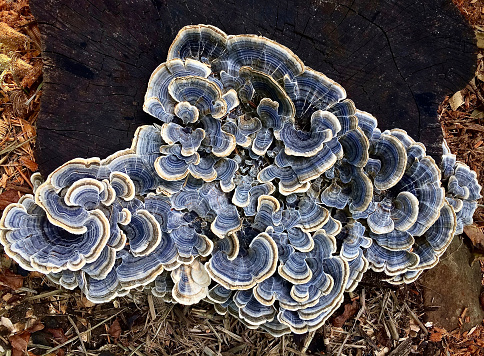 Despite their colorful upper surface, the underside is white and covered in tiny shallow pores. They can be found throughout the year, but they are at their best in autumn and winter when they release spores.

The mushrooms usually grow on dead trunks of deciduous trees like oak, beech, maple and birch. They are not only fodder for animals like squirrels, but also colorful shelters for insects. 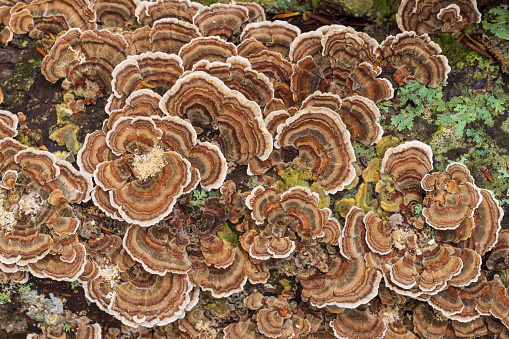 The most important trait of turkey tail mushrooms might be their medicinal value. The mushrooms contain antioxidants like phenols and flavonoids, which help reduce oxidative stress and inflammation. Besides, they are used in anti-cancer drug development for the immune-boosting polysaccharopeptides extracted from the mushrooms.