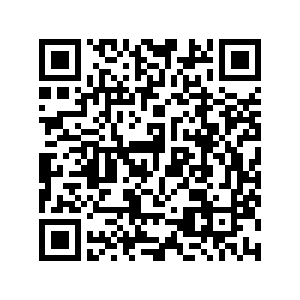 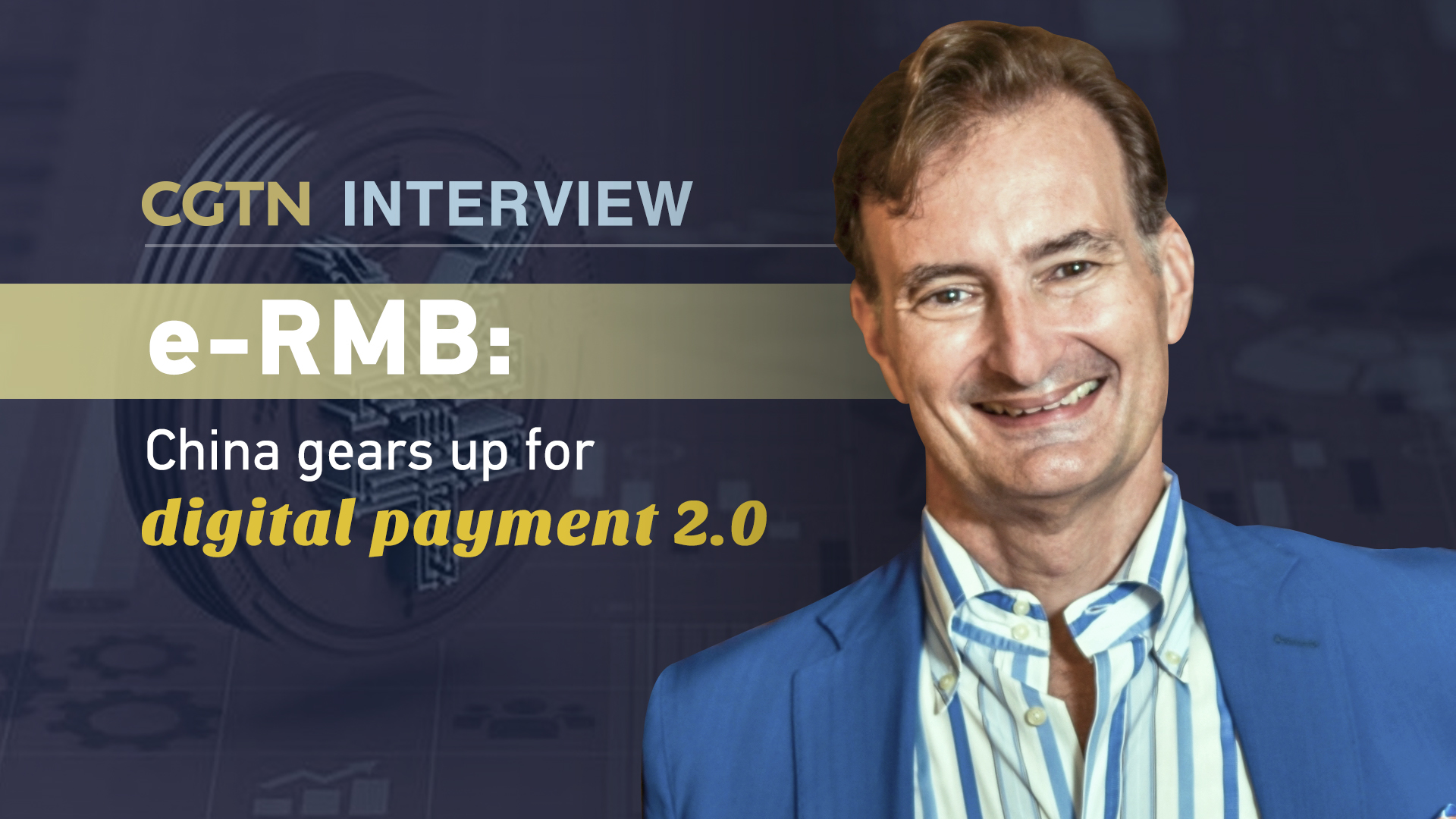 China is soon going to roll out the world's first state-backed digital currency. Over the next three years, the pilot program for the Central Bank Digital Currency will be carried out in several regions – north China's Beijing-Tianjin-Hebei region, the eastern Yangtze River Delta, the southern Guangdong-Hong Kong-Macao Greater Bay Area as well as some pilot areas in central and western regions.

The digital yuan was first trialed earlier this year internally in the banks in Shenzhen, Chengdu, Suzhou and Xiongan New Area in simulated scenarios for the 2022 Beijing Winter Olympics

To find out what difference will the e-RMB make to the lives of people in China who are already used to digital transactions through Alipay and WeChat pay, CGTN's International Editor Abhishek G Bhaya spoke with Shanghai-based American FinTech expert Richard Turrin.

Turrin is currently finishing his book on "China's Digital Currency Revolution" and says that the e-RMB will be the version 2.0 of digital payments in China vis-a-vis the version 1.0 represented by the current platforms. He previously headed IBM's FinTech Innovation Lab in Singapore and IBM's banking risk technology team in China following a 20-year career in banking.

Bhaya: What is your assessment of China's Central Bank Digital Currency or CBDC? How is it different from private cryptocurrencies like Bitcoin and Etherium for instance, and also from other popular Chinese digital payment platforms like Alipay and WeChat pay?

Turrin: When you look at China's Central Bank Digital Currency, you're looking at a digital coin, that's true. But this digital coin is special because it's actually issued by the People's Bank of China, the central bank of China. So when you look at Bitcoin, Ethereum, Tether, they are actually computer-generated, they do not have a government behind them.

So two big differences – one is the centralized versus decentralized computer systems; and the other is the value dictated by the government as opposed to cryptocurrencies, whose value, as they say for beauty, is in the eye of the beholder.

Think about it for a second: What is it that we send when we transfer money on WeChat or Alipay? When I push the button to send the money, I'm actually sending an order to debit my bank account with 50 RMB and send that money to someone else. That next person gets the money in the bank account and that is then reflected on their phone.

Bhaya: Technical aspects aside, how will the digital currency change the experience of transactions that Chinese people are already used to through Alipay and WeChat on phone?

Turrin: Because China already has version 1.0 digital currency, everyone already has the advantage of using digital cash transfer. So, while the rest of the world will see China's launch of its CBDC as a Sputnik moment, people in China will love to use CBDC but it's not going to be a great breakthrough moment for them because they already use digital payments.

However, China's CBDC will give the Chinese population two fascinating new features. One is direct cash transfer. If I want to send you 50 RMB, I don't need to go through WeChat or Alipay in order to send the money, I can send it to you directly. And that is a revolution because whether it's the U.S. or China, we're used to using an intermediary.

That intermediary in the West is Visa or MasterCard. In China, it's WeChat or Alipay. Either way, we have to go through another financial institution. Not anymore. We're going to have digital money that is our own and we're going to have tremendous freedom on how to use it. And that is a tremendous benefit.

The second advantage is really fantastic. When you use WeChat and Alipay now, you must have a network. In other words, no [internet] signal means no transfer. And that's a real problem for China's rural populations. One of the new functions built into the CBDC is the ability to tap two cell phones against each other to transfer money between the two. You can do it without the [internet] signal which is great.

There will be many other advantages of the digital currency but at this point we don't know what they all are.

Bhaya: What does it mean for Alipay and WeChat pay in that case?

Turrin: Alipay and WeChat pay are the glue that holds life together in China. They're not really about payment anymore. They're about advertising, marketing, providing services, investment, insurance etc. They provide many services to the Chinese population. Because they are such, what we call, sticky platforms that people like to use, the CBDC will not adversely impact WeChat and Alipay.

The CBDC will take some of the revenue from cash transfer, but that's going to be marginal because if you look at these companies, cash transfer revenue is only a small part of their total revenue.

On the other hand, the CBDC will empower banks. Remember, since Alipay and WeChat emerged in the scene, the banks have not been able to keep up. They do have certain payment platforms, but nothing that can match Alipay and WeChat.

Also, WeChat and Alipay and their companion banks, MYBank and WeBank are all going to get CBDC. So, the most important platforms for using and launching the CBDC are going to be WeChat and Alipay. They are critical to the success of the CBDC.

Bhaya: Once the digital currency is launched in China, how do you think it will be made accessible to people?

Turrin: In most other countries, if you say, we're going to launch a Central Bank Digital Currency, people would say, "well, how are we going to use it?" In China, everybody knows how it's going to be used because it's exactly like the payment systems that we already use, at least the mechanism, what happens behind the scenes may be different, but that doesn't matter as long as you can scan a QR code or scan somebody else's QR code to pay them. It's just like WeChat and Alipay.

Now, how do you get the digital currency? The test roll-outs that are happening now, people who are state employees will be paid a certain percentage of their salary – benefits like transportation allowance etc – converted to digital currency. That's what is going to make this whole system take off.

The CBDC will be given to you so that you can use it automatically – paying for taxis, paying for your subway rides etc. It will be used and ingrained as an easy part of your life. And that's what's going to make this a big success because you can imagine in a number of years, instead of being paid by bank deposit, you could actually be paid by digital RMB.

Also, the digital RMB is very easily integrated into the existing world of Alipay and WeChat, which together control nearly 95 percent of mobile payments in China. So that's version 1.0 of digital payment. The next step to version 2.0 is really just a little step. And it's very easy for everyone in China to handle.