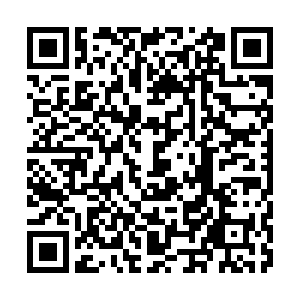 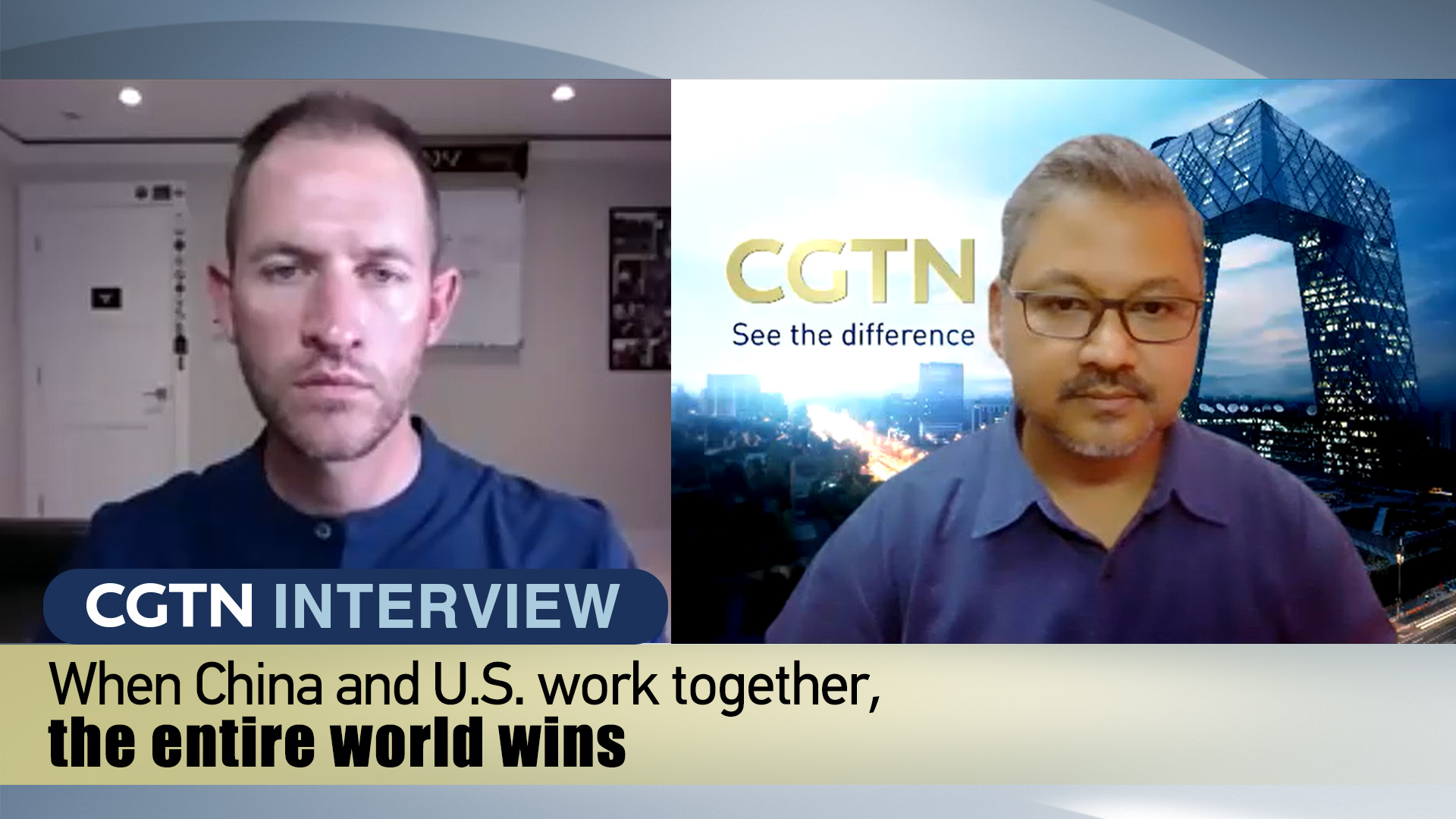 The escalating political, diplomatic and economic hostility between China and the U.S. has created a rather difficult situation for people on both sides who want relations to return to normal and believe that cooperation between the world's two leading powers is the only way forward. In the battle of narratives attempted at fanning hyper-nationalism, it becomes increasingly hard for people who want peace to prevail and genuinely admire both countries for their distinct accomplishments.

For instance, at a time when decoupling is the buzzword to describe the current state of China-U.S. relationship, is it "un-American" for an American citizen to support China? That is precisely the dilemma that Cyrus Janssen, an American entrepreneur, public speaker and China watcher, has had to confront recently.

Currently based out of Vancouver in Canada, Janssen has previously lived in China for nearly a decade. He has a lot of admiration for China and strongly opposes the Western narrative that portrays China as an enemy and the biggest threat to the world. Earlier this year, Janssen also started a YouTube channel with an aim to educate people about China and help Washington improve relations with Beijing.

CGTN Digital's international editor Abhishek G Bhaya caught up with Janssen to understand what it is like to be an American who also supports China in this increasingly polarized world and what the future holds for China-U.S. ties?

Abhishek G Bhaya: Have you been called "un-American" or "anti-America" for holding favorable and pacifist opinion towards China? How do you handle such criticism from fellow Americans?

Cyrus Janssen: Recently I've been putting out a series of videos on YouTube, discussing the relationship between China and the United States. By far the majority of these comments [I receive] have been very favorable. I believe the reason for that is really because I'm preaching cooperation. I definitely am pro-America; it is my home country. But having lived in China for 10 years, I certainly am pro-China. And my goal is: I want to see a world where both the United States and China can work together. And I believe many people do agree with that.

However, there are a lot of people that don't and when I do get this criticism, I don't get offended by it because I realize that these people don't really understand a lot about China. More than likely they've never been to China, they don't really understand how our global economy is really connected; and the fact that if China and the United States go to war, everyone in the world is going to lose.

So, I'm just taking a lot of hope that majority of people are very favorable. 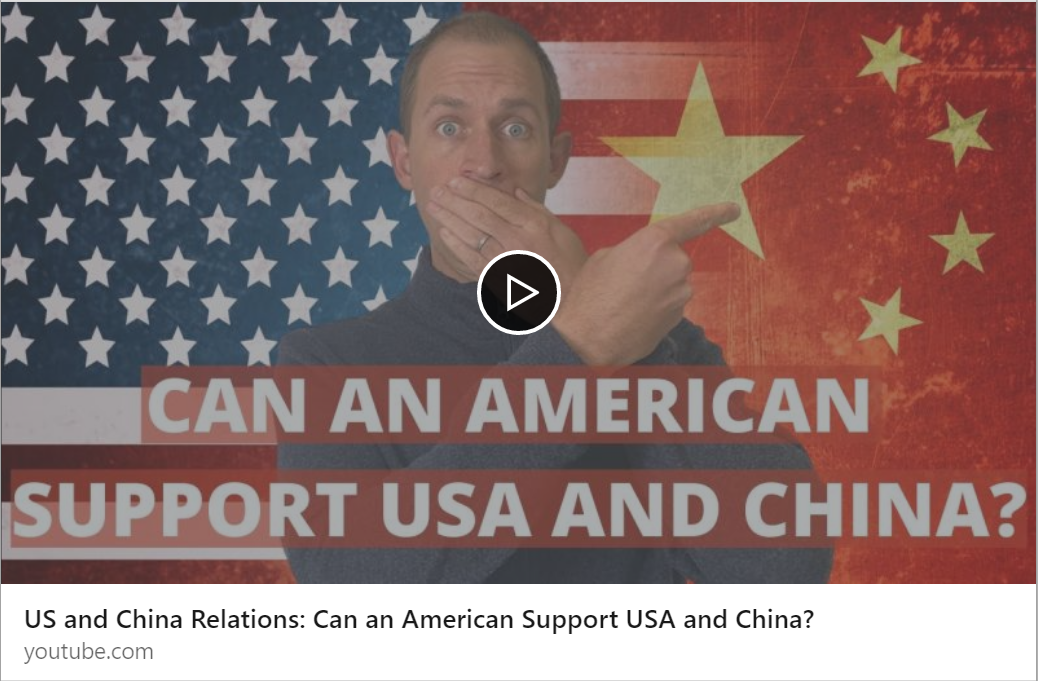 A screenshot of Cyrus Janssen's vlog on YouTube. /CGTN

A screenshot of Cyrus Janssen's vlog on YouTube. /CGTN

Bhaya: What do you make of the anti-China sentiments being fanned in the West, and particularly in the U.S., and the subsequent political and economic actions by the Trump administration to de-couple China and the United States?

Janssen: We're looking at two factors right now. Number one is in 2016, when Donald Trump ran his campaign, the cornerstone of that was "Make America Great Again." He stressed that he wanted to bring back jobs to America; he wanted to bring back manufacturing. And he told everybody that China is stealing from us and that China is the great enemy. Most Trump supporters, they kind of got on with that. So, Trump basically sold a story that got him elected into the White House and he continued to have this story. That's why we saw the trade war going on for the past few years.

And then, of course, the second factor was COVID-19. Trump had time to really prepare the United States for this pandemic but he completely squandered it. Essentially, he lost a lot of face. And the only way that he could save face was to just therefore blame China. So, he continued with this anti-China sentiment and really took it to the extreme.

It's not that China is stealing jobs, it's American CEOs and American companies that are going to China to take advantage of cheaper manufacturing and have higher profits. Our economies are so interconnected, there's no way to just decouple.

Bhaya: What do you think is at the root of this anti-China narrative that we often see predominantly in the American and Western media?

Janssen: The main cause that we're seeing right now is the changing of the guards. For the first time in modern history in the last two centuries, a non-Western country will become the world's No. 1 superpower. That is certainly have to be a big adjustment for a country like the U.S. that is used to being No. 1. The fundamental cause of this, I believe, is that many politicians and many people in America are just very surprised that China has actually been able to achieve the success with a one-party system.

Americans think democracy is the best form of government and you need to have democracy in order to flourish as a country. As Americans, we travel around the world and we preach democracy is the only way to go forward. And China has essentially said, that's not for us; we're doing it our way. And it's been very successful. Since the 1990s, [Western] media has predicted the collapse of China. However, China is now the second largest economy and soon going to be No. 1 in the world.

Bhaya: Many believe that the anti-China rhetoric emanating out of the U.S. is linked to domestic politics and the forthcoming presidential elections in November. Do you agree? Do you see things improving after the elections?

Janssen: China has certainly become a very hot topic for the presidential campaign. Essentially right now, Donald Trump's entire campaign for 2020 is saying, "look, we are under attack from China, and I'm going to keep pushing back against China." This seems to fit that bill right now for Donald Trump. In American culture, you typically don't want to change presidents during a period of war.

So, even if you're Joe Biden, you can't really say anything positive about China right now because of the bipartisan negative sentiments against China. However, if he gets elected, Biden's policies towards China would be more in line with that of [former U.S. president] Barack Obama and certainly not as aggressive as Trump's. But he'll have to maintain a hard stance against China until the elections.

I am hopeful though that in 2021, after the election, things will start to normalize. There's a lot of damage done already, and this is not going to be a short fix. It will take a long time for both countries to really get back to a good relationship.

Bhaya: Many analysts say global conflicts tend to benefit the U.S. as it's a war economy. Even former U.S. President Jimmy Carter has said that the U.S. is "the most warlike nation in the history of the world" that has enjoyed only 16 years of peace in its 242-year-long history. Carter contrasted it with China which hasn't fought a single war since 1979 while focusing on grassroots and infrastructure development. How do you see these two diametrically-opposite countries reconcile with each other in the long run?

Janssen: I love that insight from Jimmy Carter. It just seems the United States always needs to identify an enemy that we are battling against … that's the way our economy works. And, war is very profitable for America.

However, the U.S. is a land of extremes. For instance, it is a land of super wealth, but we don't have a decent health care system in America. We have a health care industry and that is a very different thing. In America, as long as you're wealthy you have access to great health care, but if you are not wealthy, America is not where you want to be.

You contrast that with China, which has developed a very fantastic health care system for the locals. COVID-19 is an example where the Chinese government has paid for tests and treatments of its nationals. Also, take for example the high-speed rails. Look at how well-connected China is, and it is a huge country, about the same size as America. 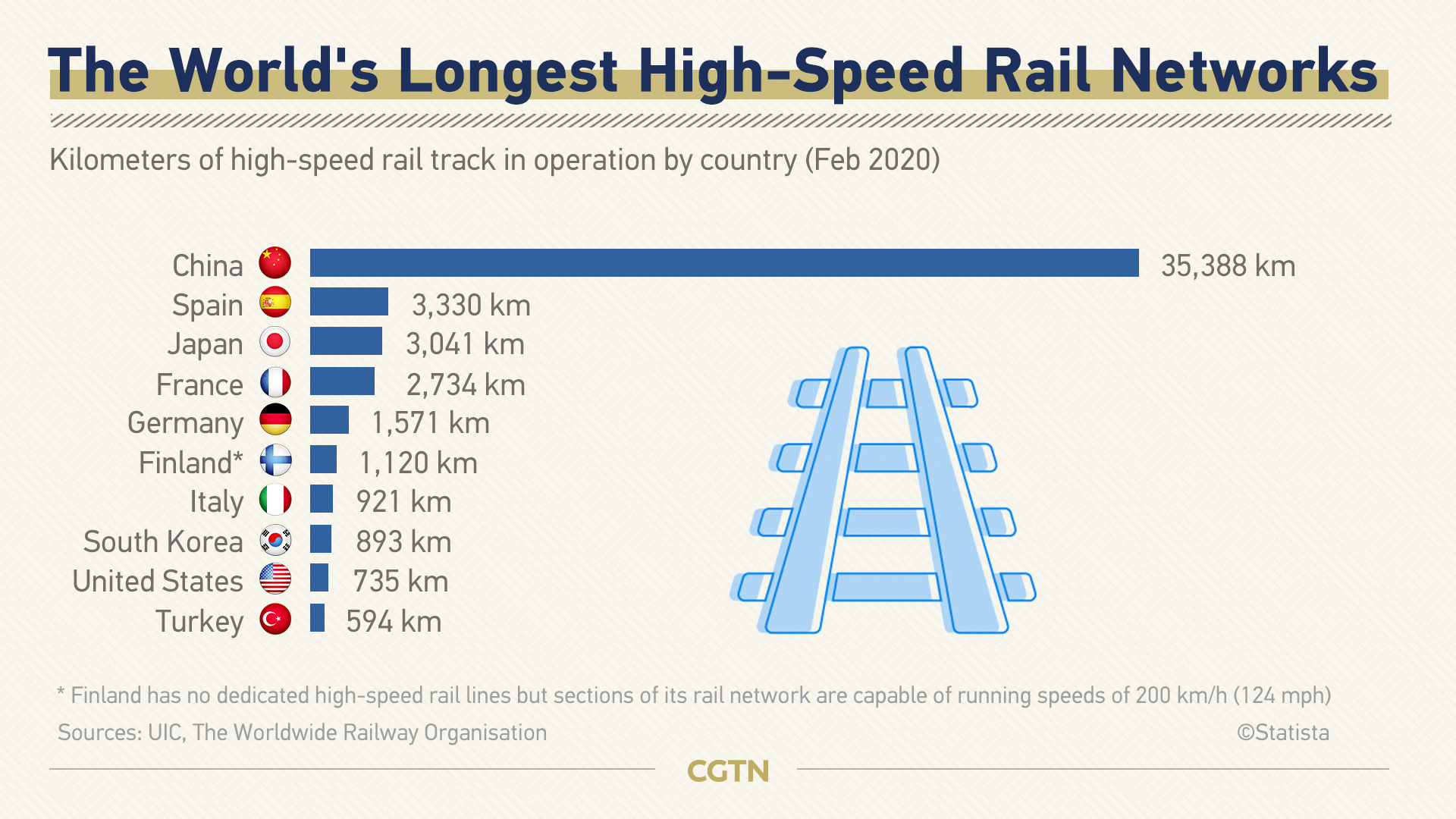 The U.S. has spent probably three trillion U.S. dollars on war. They could have easily built a high-speed rail from New York to Los Angeles with that kind of money or invested in building a great healthcare system. That's the difference. China is going to invest and get better and better. And in America, we're still going to be struggling.

Bhaya: As an American who nurtures a certain admiration for China, do you feel conflicted with the current state of affairs between China and the U.S.?

Janssen: I feel conflicted because I always look back to my early days in China and I see a time when the U.S. and China had a much better relationship and I think everybody in the world was winning.

I want everybody to realize is that we have two options to deal with China. Either we can go down the current road that is going to end in a war - and if the U.S. and China, the two biggest superpowers go to war, the entire world is going to lose. No one wins in that scenario.

However, if we pivot to peace, and we realize that there are certainly going to be differences between our two countries, but we must learn and find ways to work together, that is going to be a win-win, not for just for these two countries, but for everybody in the world. When China and the United States come together, the world wins. And that is what we really need to be focusing on.