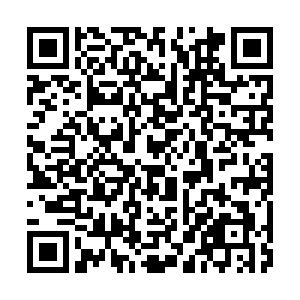 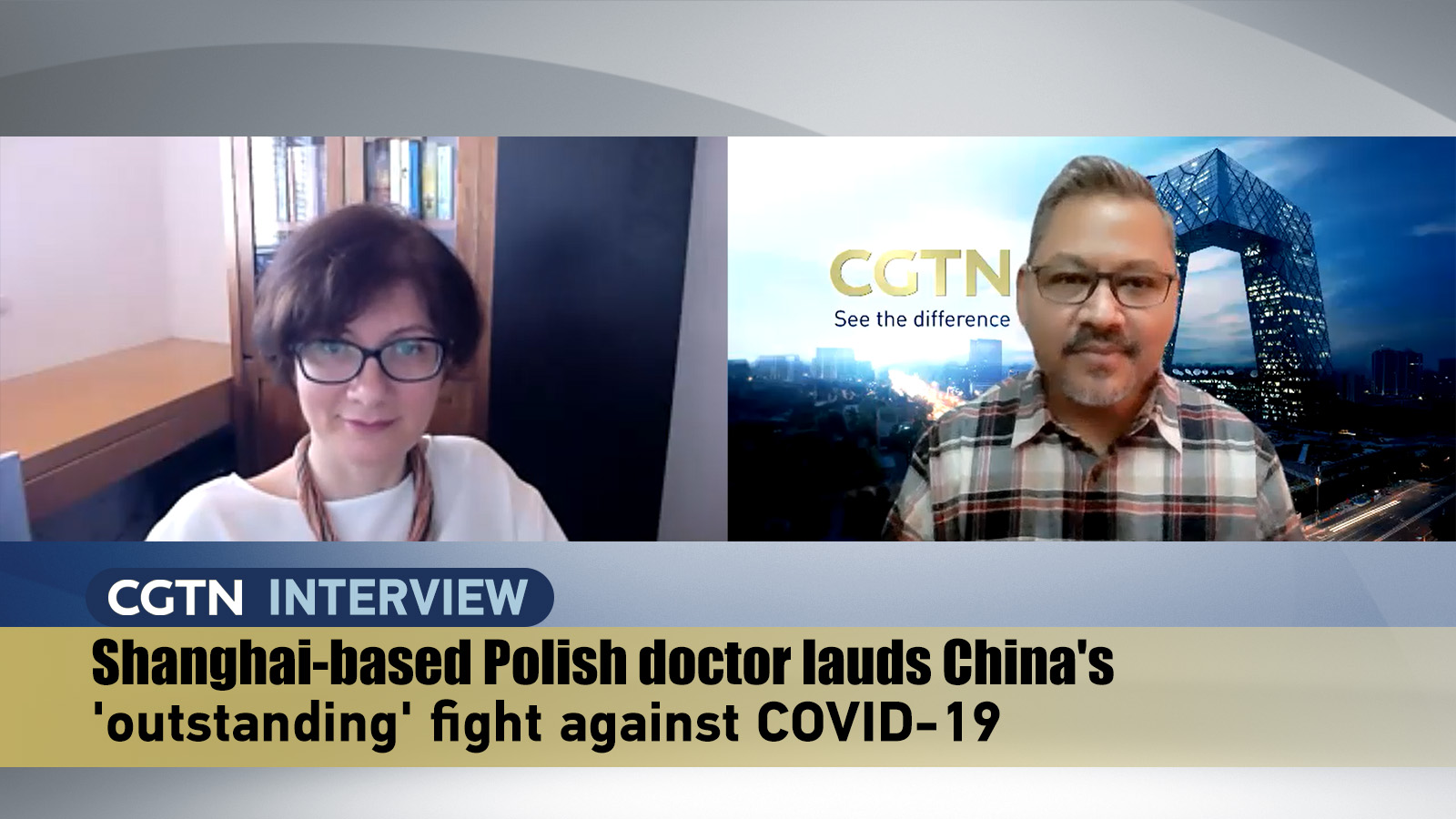 The way China responded to the latest spate of COVID-19 cases in Qingdao is a stark reminder of how the "outstanding" Chinese approach in dealing with the pandemic is radically different from most Western countries, a Shanghai-based Polish doctor told CGTN Digital as she narrated how her professional and personal life has been affected by the pandemic.

Authorities in Qingdao, east China's Shandong Province have collected nearly 10 million samples in a five-day nucleic acid testing campaign after the emergence of a handful of cases earlier this week. China's mass coordinated testing and targeted containment model, as shown with recent outbreaks in Beijing, Dalian and Urumqi, have proved continually successful in quashing a return of the virus, allowing life to continue as normal.

"This is totally different from how most European and other Western countries have approached the pandemic. Most countries still aren't conducting adequate tests. In countries such as Poland, France, Italy and Spain, mostly only the symptomatic cases are being tested and the positive cases are advised home quarantine and not immediate hospitalization as in China. And this is a huge mistake," said Dr Agnieszka Bielewicz, internal medicine specialist at ParkWayHealth, one of China's leading international healthcare providers.

She noted that the European countries would do well to follow Qingdao's example. "When I say all the 9-10 million people in Qingdao are being tested, many in Europe find it hard to believe. I keep repeating that China's approach in fighting the pandemic has been absolutely outstanding and this is why people in China, including the foreigners, are really enjoying a mostly normal life now because we are free."

Bielewicz, who has been living in China with her husband and three kids for over eight years, admitted however that she feels the pangs of "survival guilty" at times because her friends and relatives back in Poland cannot experience the same freedoms.

"It is a strange feeling. COVID-19 is not only affecting human life and health, it is affecting people's minds very deeply – their characters and feelings. It has turned our life upside down. Today, COVID-19 is affecting even global politics, economy, and each aspect of our life," she remarked thoughtfully. 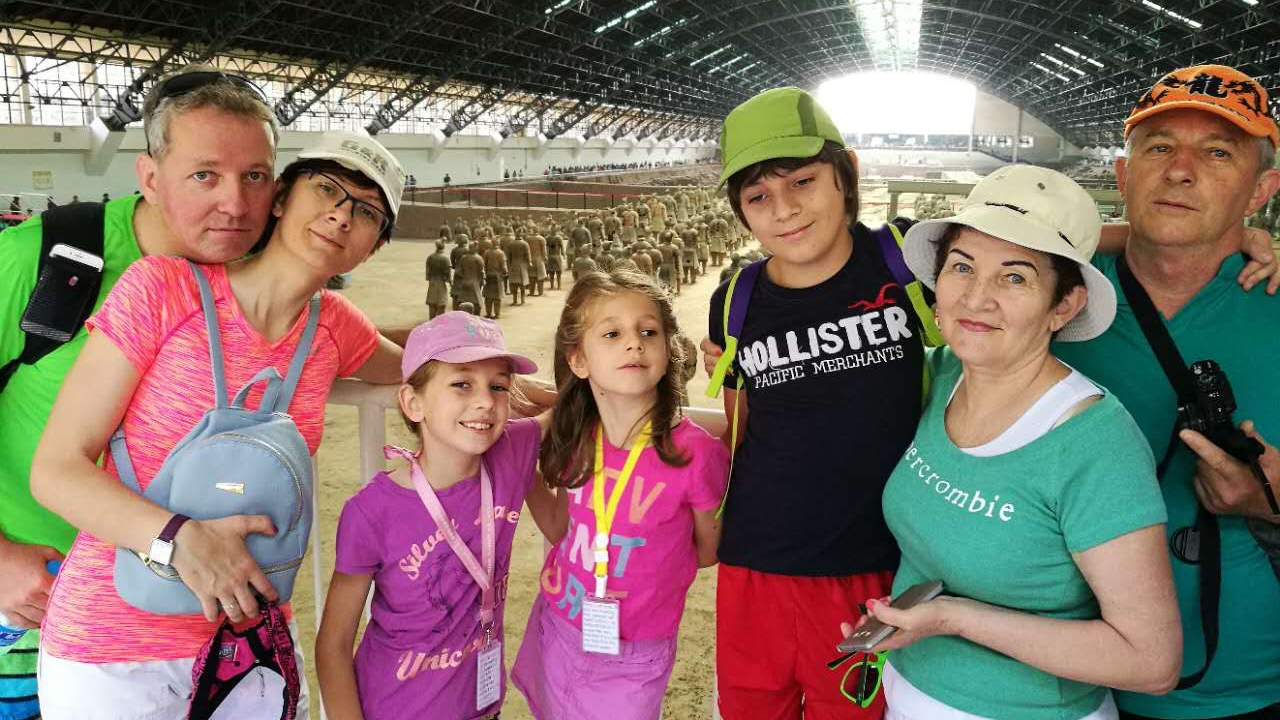 While the doctor now worries about her kith and kin in her home country, during the initial days of the outbreak when as a healthcare worker she was tending to her duties, it was her family and friends in Poland who were deeply concerned about her, as China was the epicenter of the pandemic at the time.

"As a foreign doctor, I was designated to work for the Chinese New Year holiday when all of my Chinese colleagues were to celebrate with their family. When the outbreak happened, I was already working. As the situation became uncertain, I decided to send my family back to Poland," she recalled.

"The entire time my family was in Poland, they were worried about my situation, about my work. And to this extent that they called me several times a day to check whether I have any symptoms," she said, noting the healthcare workers were at the front lines of the fight against COVID-19 and therefore more prone to infection.

"My family was really terrified that I was still working, but I'm a doctor, I cannot give up. I explained to them that due to the safety protocols and all the rules strictly introduced and implemented, I felt very safe even during the peak of the outbreak in China," she said.

Bielewicz was fortunate to be reunited with her family before the international travel restrictions came into force and situation in Europe worsened. "With China enforcing strict prevention and control measures, things were improving here. I told my family that it is very safe here and they returned early March. Thankfully, my children didn't have to experience the full lockdown anywhere and they came back at a good time."

'China is doing better than the rest' 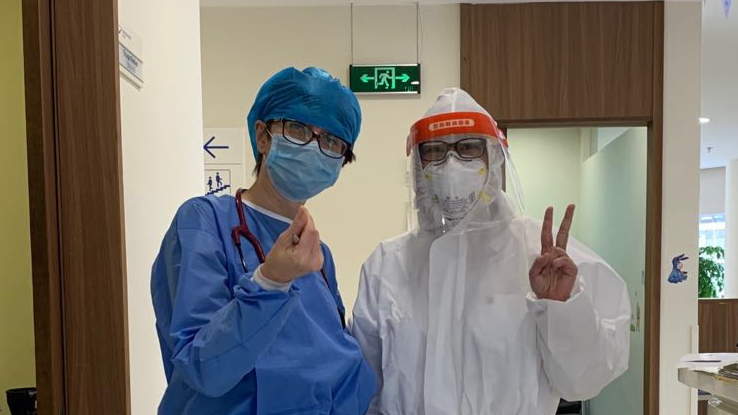 With COVID-19 subsequently spreading in Europe and other parts of the world, the world also witnessed a sustained campaign of disinformation against China and COVID-19, triggered by geopolitics.

Bielewicz, as a health professional with a closer insight into the situation on the ground, felt compelled to clear some of the doubts through media appearances in Polish TV. At the time, people in Europe thought that the COVID-19 situation was horrific in China, that the hospitals were overcrowded, and that patients were dying in droves.

The exaggerated media reports were laughable, the Polish doctor felt. "I gave several interviews to Polish TV channels explaining to them that the situation wasn't so crazy. We weren't dying [in droves]. We were not hungry. I showed them the photos of life in Shanghai, the buses, shops and streets. We could still use 'kuaidi' [express delivery] to buy things that we wanted," she elucidated.

Bielewicz said people still find it hard to believe how successful China's COVID-19 fight has been. "Many people ask my mom, who is a nurse in Poland, about the situation in China and when she tells them that China has nearly curbed COVID-19 with almost zero local transmission and most new cases being imported, people react in disbelieve. They say it is impossible."

The Polish healthcare professional felt that this is symptomatic of the Western media narrative that has constantly pushed a narrative of China as a "third-world" country and therefore people find it difficult to believe that "China is doing better than we are doing."

Will there be a second wave?

While the recent Qingdao outbreak has prompted fears about a second wave, more so, as the winter flu season is approaching in China, Bielewicz expressed confidence about the protocols and measures in place even if there's a spike.

"I'm not worried too much over a second wave in China. We just witnessed how everything was controlled in Qingdao and we also know the exact source," she said. The health professional, however, strongly advocated for flu vaccination.

"I and all of my family members, we have flu vaccination and I encourage my patients, especially those with existing ailments such as like heart problems, high blood pressure, diabetic and obesity to take vaccination for flu. I also suggest to take a pneumococcal vaccination because it protects lives," she said.

"Besides, I've been a big fan of Vitamin D which helps in boosting our immune system and making our bodies stronger. This can help our body fight the virus better in case of an infection," she added.