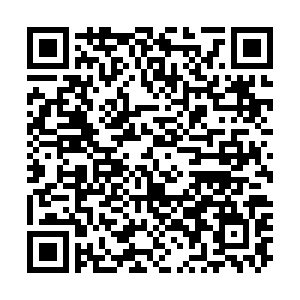 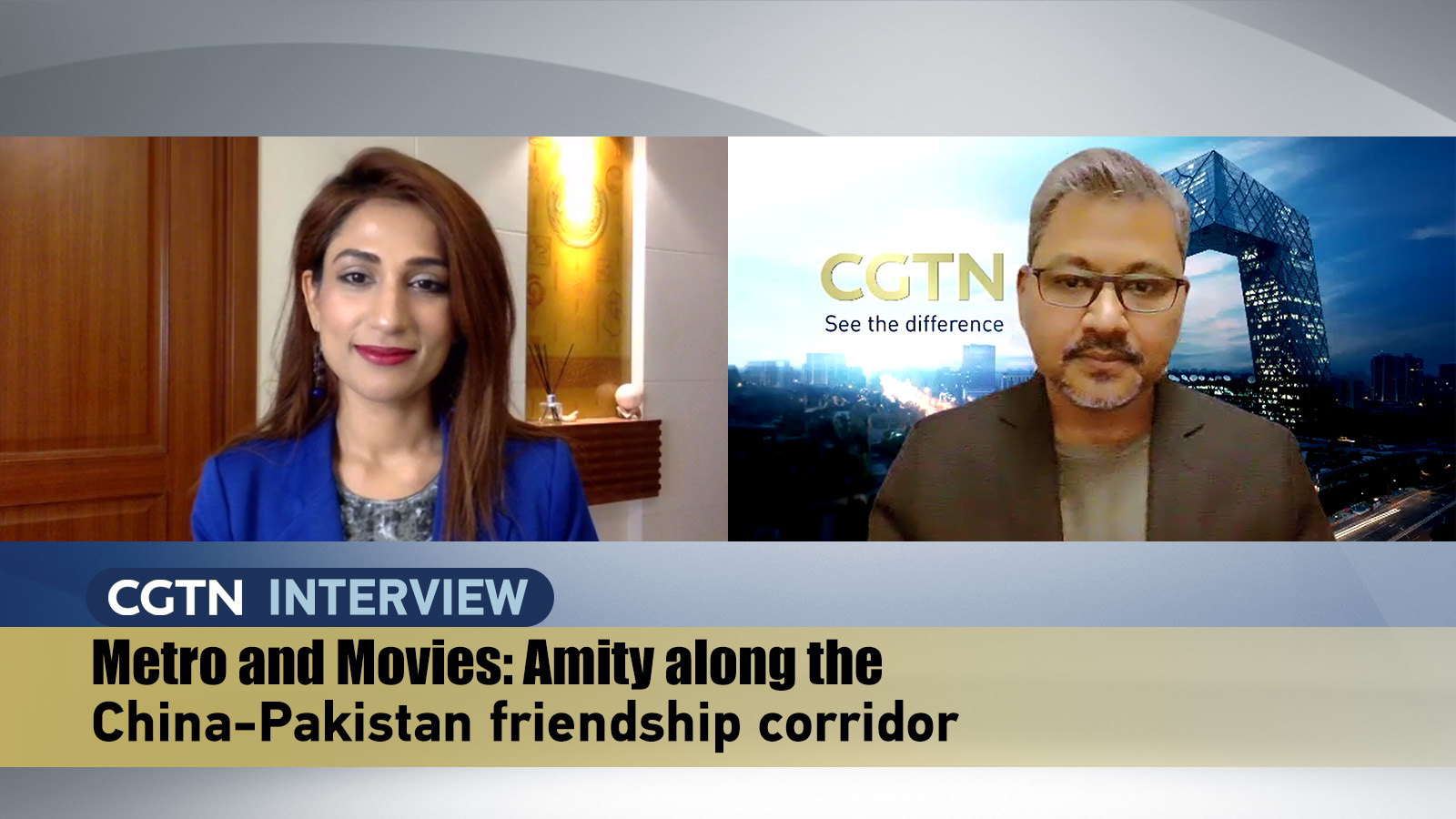 Collaboration in the film industry has the potential to elevate people-to-people cooperation and understanding between Beijing and Islamabad, which have already been consolidated by the joint projects under the China-Pakistan Economic Corridor (CPEC), such as the recently completed Orange Line Metro in Lahore, a Beijing-based Pakistani analyst told CGTN Digital after two movies from her country made headlines in China this month.

On November 13, "Parwaaz Hai Junoon" became the first Pakistani movie to be commercially released in the Chinese mainland in over three decades; while Pakistani short film "Amity Along the Orange Line" was among the entries that were applauded at the Second Belt & Road Initiative (BRI) Short Video Competition award ceremony in Wuhan on November 20.

"I think movies are critical and vital. We've been talking about it for years. And this is definitely a historic moment. Parwaaz Hai Junoon and the Orange Line are both very timely and much-needed development," Zoon Ahmed Khan, a research scholar at the Institute of Belt and Road Initiative, Tsinghua University, told CGTN in a video interaction via Zoom.

"One of the things that has happened since CPEC is that more Pakistanis are living in China, and many Chinese people are living in Pakistan. This is step one. But movies can really be that decisive turning point," she said, emphasizing that there's still a lot of scope for the Chinese and Pakistanis to learn about each other.

"People's sentiments in both countries are extremely warm and reciprocal but at the same time there exists a lack of awareness about each other's culture. You can love someone, you can trust someone, you can care for them, but you may not know a lot about them. I think the people-to-people linkages need to be further strengthened," she explained, advocating for more exchanges of movies.

"Films are the most effective way to offer a true picture of what normal people go through; what their lives are; about their history, their preferences, food, etc. And this is a very important aspect," she noted. "Unless we know each other well, we can't work as effectively together either. And this is eventually the CPEC, and the BRI vision as well – to know each other better." 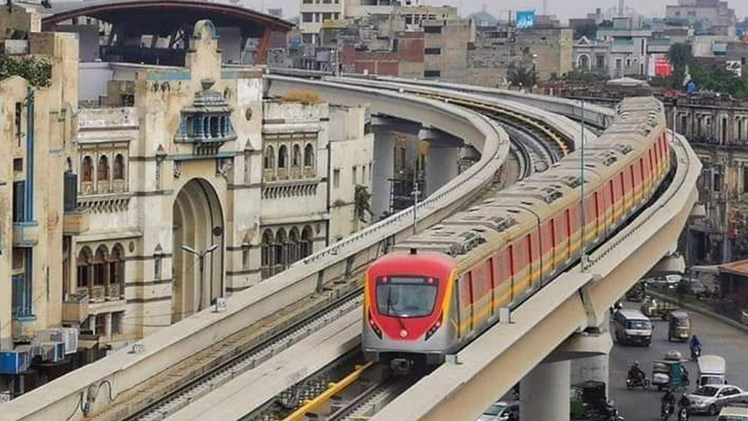 "Amity Along the Orange Line" depicts the joy of Pakistani people at the completion of the Orange Line of Lahore Metro, a project built with Chinese partnership as part of the CPEC under BRI. The Orange Line, which went operational on October 25, is Pakistan's first metro rail system. The movie also found a mention at the Chinese Foreign Ministry's regular press conference on November 23.

"Lahore is the second largest city in the country. It's the capital of Punjab, which is the biggest province of Pakistan, and for Lahore as well to benefit from the infrastructure projects under CPEC is critical, it's vital for the overall development of the country," Khan said, insisting that although the official figure puts the city's population at around 11 million, it could be more in the range of 20 million due to the scale of commercial activities.

"I am from Lahore and I've spent countless hours stuck in traffic. And this is the story of every Lahorian. It's strange somehow that we didn't have a metro line so far. A transportation fix of this kind was long due," she said, stressing that the metro will go a long way in solving the traffic congestion issues of the city while improving the mobility of its residents.

Emphasizing that the Orange Metro Line encapsulates the broader socio-economic vision of the BRI and CPEC, Khan pointed out that the project created many job opportunities for the local community through the construction process and will continue to do so during its operational phase. "As of 2017-18, when we transitioned from Phase 1 to Phase 2 of CPEC, the socio-economic dimension became officially part of its mandate."

"Parwaaz Hai Junoon" is the first Pakistani movie to be commercially released in the Chinese mainland in over three decades.

"Parwaaz Hai Junoon" is the first Pakistani movie to be commercially released in the Chinese mainland in over three decades.

Khan has already watched "Parwaaz Hai Junoon" twice with her Chinese and Pakistani friends in Beijing. One of the highlights of the movie is that it features the JF-17 fighter jets jointly manufactured by China and Pakistan.

"It is a very patriotic movie. It shows young people that are passionate about making a positive change. This is something that the Chinese people connected with," Khan said pointing out that many of the recent big box office hits in China have been on a similar patriotic topic.

The picturesque locations appear to be another highlight of the movie. "The movie is shot in northern Pakistan, which is very beautiful. It is the meeting point of the Hindu Kush, Karakoram and the Himalaya mountain ranges. So, the scenes in that movie are absolutely stunning," she said.

"The comments on Chinese social media apps, and also my friends who watched it, showed how amazed they were at the beautiful sceneries – the magnificent glaciers, mountains, and even the greenery, etc.," the Pakistani researcher said with a hint of patriotic pride.

Before "Parwaaz Hai Junoon", the 2017 romance film "Chalay Thay Saath" became the first Pakistani film to be screened in Hong Kong, but it never made it to the mainland. The film features Chinese Canadian actor Kent S. Leung as a Chinese traveler who falls in love with a Pakistani girl.

Only a handful of Pakistani movies have hit the theatres in China ever. The 1956 film "Baaghi" – supposedly based on a Chinese folktale – is believed to be the first of the lot. It was screened in China in the 1960s. Romantic drama "Mera Naam Hai Mohabbat" (1975) is another prominent Pakistani movie that saw a limited release in China. 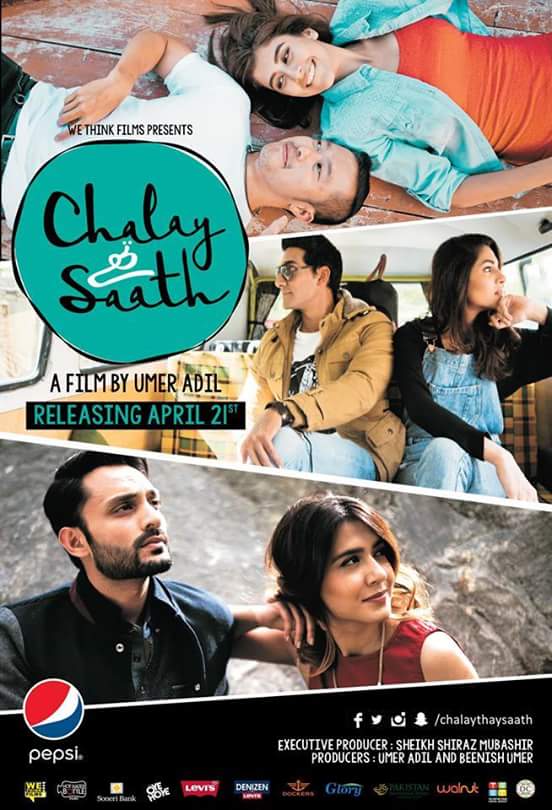 The 2017 romance film "Chalay Thay Saath" became the first Pakistani film to be screened in Hong Kong, but it never made it to the mainland.

The 2017 romance film "Chalay Thay Saath" became the first Pakistani film to be screened in Hong Kong, but it never made it to the mainland.

Up until the 1970s, Pakistan had a thriving film industry, popularly called "Lollywood", a portmanteau of the industry's hub in Lahore and Hollywood. From the production of 100 films annually in the 1970s, it nosedived sharply to just 20 films in 2018.

The Chinese film industry, in contrast, came almost to a standstill from 1967 to 1972 during the Cultural Revolution and took off again after the country embraced liberalization in 1979. In recent years, China has transformed itself into one of the global hubs of movie production and the world's largest film market.

Access to China's vast film market will no doubt be a game-changer for Pakistan's fledgling film industry and is key for its revival, but Khan felt that Lollywood will have to lift its game to gain entry into this highly competitive space.

"The Chinese market is huge and, most importantly, open to experiencing new cultures. Movies from all over the world are welcome here. However, it isn't easy to enter the Chinese market because there's only a limited number of foreign movies that can be released every year. So worldwide, the best movies are competing for a limited space," she explained.

"This is one aspect that we need to focus on," she said, hoping that joint productions with China may be one way to gain a foothold. Khan is hopeful that future joint productions could be filmed in Pakistan to take advantage of its natural and diverse locations. "That could be a starting point," she quipped.

Khan also felt that the Pakistani people's inherent interest in China could also make the South Asian country of 212 million a viable market for Chinese movies. "Pakistanis are interested in knowing more about Chinese culture. So, for Chinese films to enter Pakistani cinemas is relatively easier."

She contended that releasing Chinese movies dubbed in Urdu, Pakistan's national language, and vice versa, will be an idea worth a shot as people "are more comfortable in the local languages."