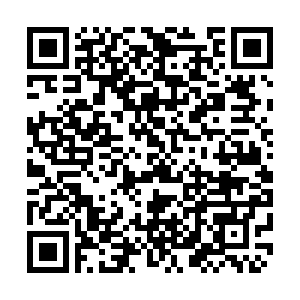 Last Thursday, the UK media regulator Ofcom revoked the broadcasting license of China Global Television Network (CGTN) – pulling the channel off British airwaves after 18 years of broadcasting in the country. The decision, on paper, was taken on technical ground but as most observers agree it was fundamentally a politically motivated move.

Harald Buchmann, a Beijing-based Swiss economic analyst and business adviser, described the Ofcom decision as "selective censorship" saying the one channel (CGTN) that dared to question the one-sided Western media narrative on Hong Kong protests and Xinjiang was punished for not adhering to the biased British narrative of an "evil China".

CGTN Digital's International Editor Abhishek G Bhaya spoke with Buchmann to understand what the Senior Research Fellow at the Intellisia Research Center makes of this development as an avid China watcher and also a keen media consumer.

Bhaya: What are your first thoughts on the Ofcom ban on CGTN's broadcast in the UK? What do you think of the timing of the decision?

Buchmann: I was shocked to see the Ofcom decision. Most of all, the reason given is laughable if not despicable: they allege that CGTN's reporting on Hong Kong was biased. When it comes to Hong Kong, yes, there is a strong difference of opinion between China and the West. But I would not call the British media any less biased. I've always been very glad to have CGTN.

I've been following the Hong Kong protests quite closely, having been to Hong Kong frequently and also knowing people there. Western media portrayed the protests as peaceful but my friends in Hong Kong told me it wasn't. There are interviews with some of the spokespeople of the protest who failed to condemn even deadly violence. And, these kinds of things weren't reported in the Western media. Whereas CGTN has extensively highlighted those aspects.

I am not saying any media is ever perfect but it's always important to have various opinions and various perspectives. So, I think it's a very bad decision, it's a sad decision by the UK.

Bhaya: Doesn't the move reveal Britain's double standards on press freedom? Shouldn't there be a room for competing narratives in the international media?

Buchmann: I think it's very important, because even if journalists try to be neutral, they will never be. There's no way that a person can have all perspectives that are available. It wouldn't make sense to try to cover all perspectives because viewers expect, to some extent, to have a continuity in the reporting.

And I'm fine with having a CNN perspective, a BBC perspective. But I would really like to also have a CGTN, and maybe an RT or an Al Jazeera perspective, just to name a few non-Western media channels, where I can get a different take on international news.

Bhaya: How do you think the Ofcom ruling will impact the British audience's rights and choices to watch and understand an alternative perspective on global current affairs, particularly when it comes to China?

Buchmann: It will clearly deprive the British people from having an alternative voice, having a direct view into the minds and developments in China. Because we have to be clear, the Chinese don't really need the British to have an image on China, it's not so important to the Chinese. What's really important is for the British, for the Europeans in general, to understand what's happening in China.

A lot of things that we watch and hear about China in the Western media, I realize that there's a big disconnect. Things like [Chinese] people being generally oppressed and unhappy with their government – that's just an image that's lingering in the West, which I can, with quite a lot of certainty, say is not true.

And I feel CGTN is much better projecting a kind of close-to-the-truth image of what's happening in China. To be fair, as I understand CGTN's broadcast is being taken away from the TV streaming channels, it's not taken away from the internet. So, it's still possible to search for these views. And I'm sure many British people will still find those channels online, but it will just be more difficult to reach the common public. And I think it's a big pity.

Bhaya: What if China is to take an identical decision against BBC or CNN?

Buchmann: I do hope that China will not restrict any foreign media as a revenge. Some people in China are calling for action against the BBC, but I don't think that's the right move. Yes, it was a bad decision by the UK but you don't make it better by making the same decision in China.

I think what's more important is to question why did the Ofcom block CGTN, which is because of events that happened inside China. And China has restrictions on reporting when it comes to Taiwan, when it comes to Xinjiang to some extent. Yes, that's true, but China never would block a foreign media because how British media portrays Britain or how the U.S. media portrays the U.S. And I think there's the big difference.

Bhaya: Are we seeing a pattern here? Exactly a year ago, the US had declared five Chinese media outlets including CGTN, Xinhua, China Radio, China Daily and The People's Daily as "foreign agents". The UK is effectively following the US footsteps in declaring CGTN as an operative of the Chinese state. Is it just a coincidence or part of a stronger alignment between Washington and London in their collective stand against Beijing?

Buchmann: The timing is very unfortunate, because we know during the [Donald] Trump administration, there was a very extremist clique of people at the helm of the U.S. Those were extremists with an extremist agenda and they put a lot of effort and resources into painting a very dark picture of China.

And traditionally, Europe has always been very eager to follow the U.S. stance on any foreign policy issue. So that's been at play, but now recently, that Trump has been replaced by a new President [Joe] Biden, we would hope that we get back to a more rational view of things where less of just lying and blaming is happening.

So, at this point, it would also really be a good idea for Europe to review the things that have come out from the U.S. in the last 4-5 years about China and say, "okay, we know they've been lying about basically everything, so why do we trust them on what they've been saying on China?"

Bhaya: US President Joe Biden, in his first policy speech last week, described China as the "most serious competitor". Is the action against CGTN part of larger geopolitics at play as we witness an increasing global polarization and a concerted effort led by the US and its allies, the foremost of which is the UK, towards a containment policy against China?

Buchmann: I'm actually happy with Biden saying China is the main competitor. But when you say competitor and not rival or enemy, then you should also say competition has to be fair. So, definitely the superiority of U.S. technology and economic power is threatened or is challenged by China emerging as the new leader in technology and a major economic power. That's all fine. But what does that mean? What does that allow you to do in order to fight this competition?

Is it OK to manipulate the facts by resorting to some really odd fringe research? I will just drop the name Adrian Zenz. He's a right-wing extremist and is known as the source of all the allegations of horrible crimes in Xinjiang. Zenz's fabricated claims obviously had a good standing with a right-wing president (Trump) in the U.S., [a narrative] that does very well with radical and extremist Christians in the U.S.

So, yes, there is a geopolitical aspect to it. And I don't think it's a surprise that they are also targeting any voice that tries to dispute this narrative. It is just a very dangerous way, when you start killing the messenger instead of trying to lay the facts on the table.

And the fact is that it is only Europe and the U.S. that have condemned [the Chinese policy in] Xinjiang. Most countries in the world, including many Muslim countries have actively supported China on their anti-extremism policies in Xinjiang, a topic that's not mentioned anywhere in Western media. And that, to me, is just one example of the media bias. And it's not CGTN that is placing the false narrative.

If the Ofcom is serious about not having any biased and state-sponsored media channels on their networks, then why do they have the Voice of America in the UK or the ARD German news station? I think it is a selective censorship against CGTN.

Bhaya: China has taken an exception to a recent BBC documentary on Xinjiang and also its prejudiced coverage of COVID-19, accusing the British broadcaster of an ideological bias. Beijing has also urged BBC to apologize for these reports which it has described as "fake news". As an avid China-watcher, do you see a justification in the Chinese position?

Buchmann: Surely, I see a lot of justification in the Chinese position. The problem that I have with the Chinese action is its timing because the BBC has been like this for 10 years. It's not like the BBC has suddenly started some ideological, one-sided reporting on China. The BBC has always been very clearly anti-China.

And during the Trump administration, when the U.S. ramped up the anti-China rhetoric, the BBC followed suit and ran vicious attacks on China, and especially in its coverage of COVID-19 pandemic. They have been very critical of China, which is, of course, in hindsight, ridiculous, looking at how well China has managed COVID-19 compared with especially the UK, the U.S. and other European countries. So, yes, the BBC has been very biased, very negative about China. I do understand the Chinese stance.

I just hope China is trying to be better than the West. China is trying to build up a new world that's built on peace and on economic prosperity rather than on military domination. If China wants to be better, it needs to just say: "We're thick skinned. Yes, they keep shouting, but we don't need to care that much about it." That's my personal opinion.

The revoking of CGTN's license by Ofcom is politically motivated

UK moves to silence CGTN, but why?

Ofcom versus CGTN – is the ban really justifiable?

Ofcom's broadcast ruling is a clear blow to media freedom

Ofcom outrage must be opposed