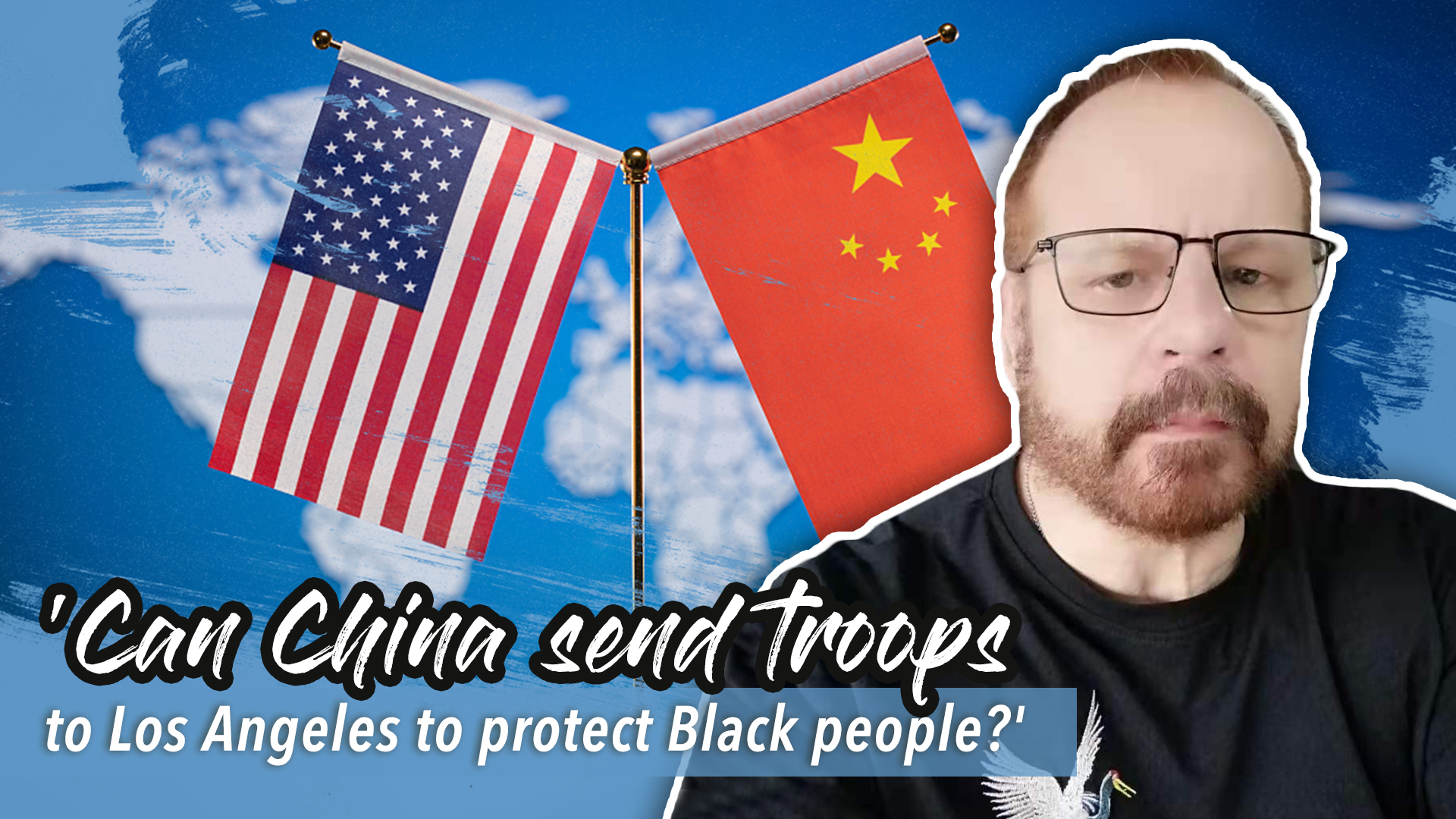 The U.S. must desist from lecturing China on its domestic matters and negotiate bilateral issues on an equal footing and not from a misplaced belief that Washington is somehow in a position of strength, a China-based American expat who has previously worked with the U.S. government and military, told CGTN after last weekend's China-U.S. high-level meeting in Anchorage, Alaska got off to a rocky start.

"America believes that they have a role in Chinese domestic matters. Domestic, internal Chinese matters. This is insanity. America's control ends in America's shores," Robert Vannrox told CGTN Digital in a Zoom interview, in a snub to how the U.S. side behaved in the first such talks with China since President Joe Biden took office.

U.S. Secretary of State Antony Blinken and National Security Advisor Jake Sullivan, who were representing Washington, opened the discussions with fiery barbs against China over Hong Kong and Xinjiang, which were rather firmly rebutted by the Chinese side. Beijing was represented by the Director of the Office of the Foreign Affairs Commission of the CPC Central Committee Yang Jiechi and Chinese State Councilor and Foreign Minister Wang Yi.

"I wonder how the talks would go if the Chinese side opened up with a discussion about how Chicago was mismanaged and China needs to come in there and tell Chicago how to run its city; or wanting to patrol the streets of Los Angeles to make sure that people are not being killed by the police and that Black people are safe," Vannrox said, showing the mirror to the U.S.

"How would America feel if China says we need to put our troops on the streets of Los Angeles, you know, to protect the people? And that China needs to send advisors to New York to ensure that people are being protected from government abuses," he went on, adding that Washington's tendency to meddle in China's internal affairs is "crazy."

Vannrox said that the U.S. erroneously believes it is stronger than it actually is. "If the American negotiation team wants to argue with China believing that they are in a position of strength, China will discount the negotiations as useless. China will only deal as equals and they expect treatment as equals. Failure to do that will immediately torpedo the negotiations," he said echoing Yang's remarks that "the U.S. has no right to talk to China from a position of strength."

Noting that the U.S. has hardened its position against China to unrealistic levels during former President Donald Trump's term, Vannrox advised the Biden administration to give up on what he described as "fantasies."

"If you try to replicate the impossible demands by Mike Pompeo, you will see zero positives out of the meeting. Demands such as carving out Tibet, Xinjiang and Hong Kong. Demands such as the internationalization of Taiwan. These dreams, these fantasies are based on an overinflated ego and vision of what America is and what it stands for, not what it is today," he elaborated.

For the success of any talk, Vannrox felt that "the United States will need to seriously and substantively tone down and suppress the anti-China activities initiated by the Trump administration, all of them."

Failure to do that will make any future agreements with China worthless, he said.

Watch and read CGTN Interview with Robert Vannrox: Is the West's Xinjiang campaign driven by U.S. plans to derail BRI?

Vannrox's optimism is also derived from the fact that Biden is viewed differently in China than his predecessor. "I believe that China has some profound respect for President Biden. He is viewed as a capable politician and a reasonable diplomat. He is also viewed as a seasoned elder, and very savvy in global politics," he quipped.

"If during the Alaskan meeting, this image of him is somehow tarnished by the adoption of cruder aspects of his predecessor, Donald Trump, which is exactly what I have seen so far then the relationship between the United States and China will continue to deteriorate," Vannrox warned.

'U.S., China must find a way to work together'

Emphasizing that both, the U.S. and China, are vital parts of his existence, Vannrox said he is troubled by the increasing political confrontations between the two countries.

"It just hurts me and pains me to see fighting between some strangers in America against people here in China. It's so upsetting," he lamented.

However, Vannrox remains hopeful that the U.S. and China will eventually find a way to work together, a prospect that will be good for the whole world.

"Call me crazy, but I envision a world where America leads by example, and not by threats of military action. Where America leads by offering constructive help and physical assistance, not bales of money or military weapons. And being a leader as well, China works side by side with America as equals towards the betterment of all society. It shouldn't be all that difficult. Not really. It shouldn't."

Why China and U.S. can seek a reset after Anchorage

Why the U.S. should stop speaking to China from 'a position of strength'

'A meeting remembered in history': Where will China and U.S. go from here?